1 MAY. The Nordic Resistance Movement commemorated the 1st of May by conducting activism across the Nordic countries and broadcasting a special digital celebration on Nordisk Radio. 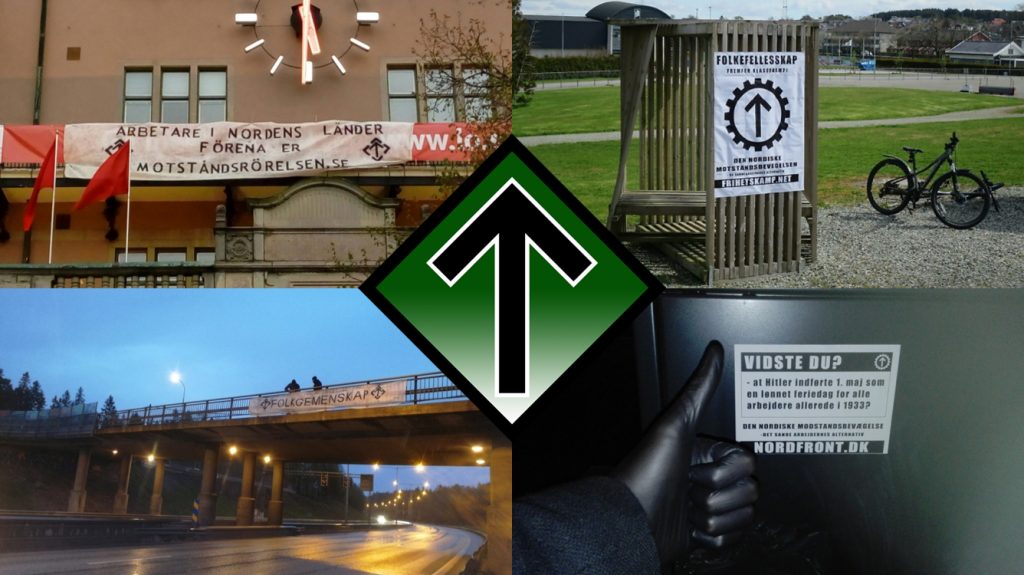 Due to the ongoing corona pandemic, this year’s planned Resistance Movement 1st of May demonstration in Uppsala was postponed until a later date. In its place, activism was held across the Nordic nations. In addition, a special 1st of May programme was broadcast on Nordisk Radio. The programme included speeches by Simon Lindberg, Vera Oredsson and Jimmy Thunlind. English versions of the speeches will be published on this site over the coming days.

Below are some of the 1st of May activities reported today:

On the morning of 1st of May, Nest 1 activists conducted a banner drop at the Swedish Trade Union Confederation (LO) building in Stockholm.

The activists arrived in the early hours and found that LO trade union workers had erected banners and red flags on the terrace of their headquarters. Dressed as construction workers, the Resistance men ascended a ladder to the balcony and hung a banner with the message “Workers of the Nordic countries, unite!” 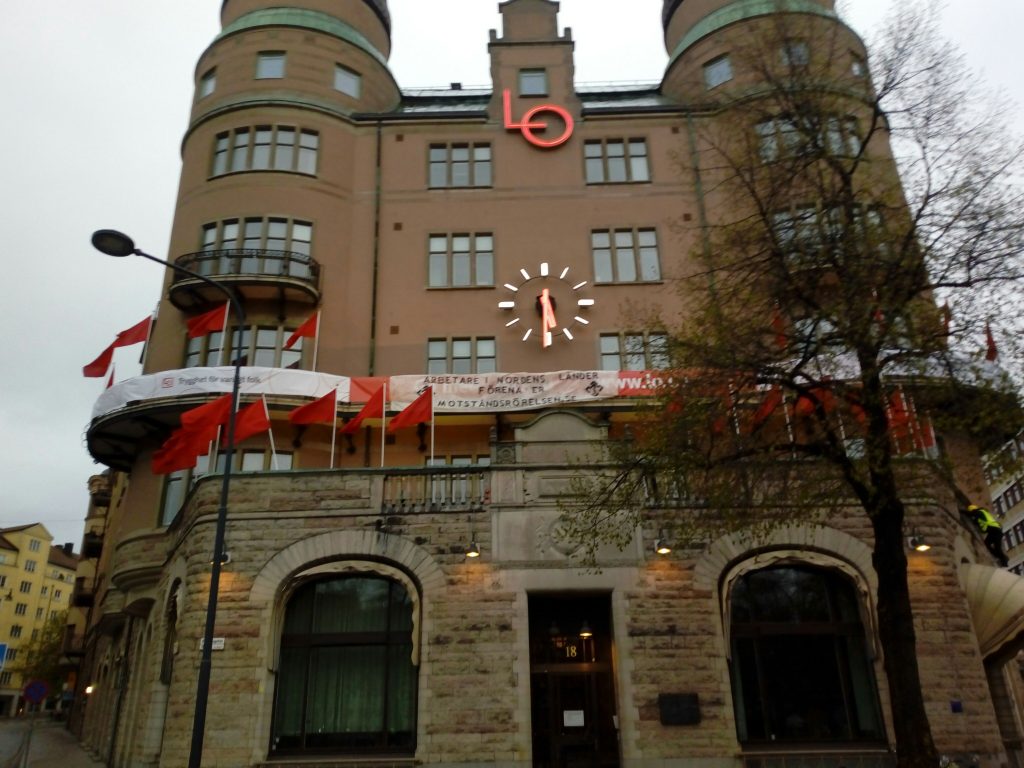