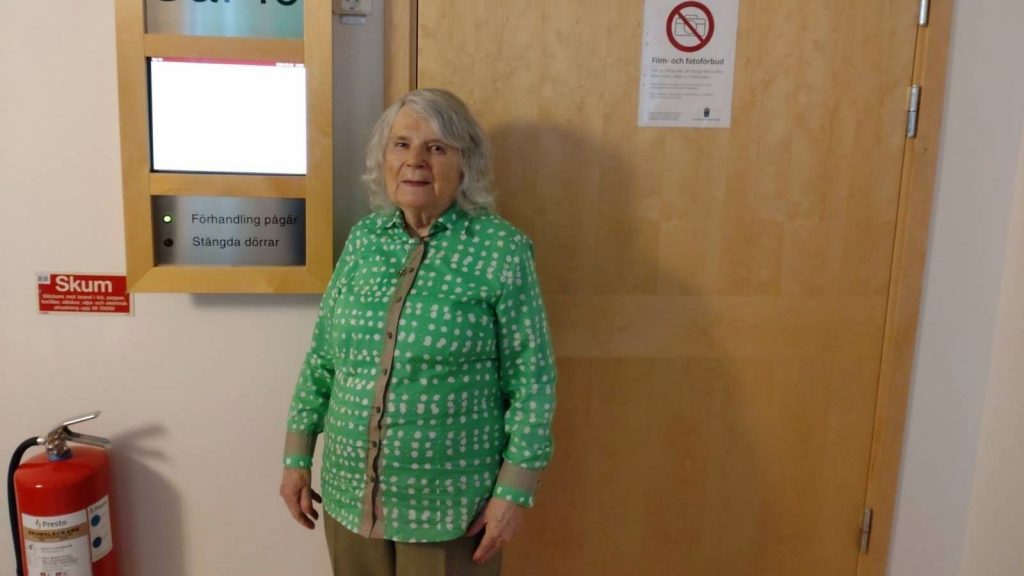 The “crimes” Vera stands accused of consist of two comments written on the nordfront.se website in 2018. The complainant was the obsessively litigious Juridikfronten. Juridikfronten is responsible for most of the legal reports of racial hatred in Sweden, which demonstrates that the supposedly affected minority groups are rarely, if ever, actually offended by cases like these. Rather, the law is used as a taxpayer-funded cudgel against nationalist political opposition.

The first of the two comments on trial was a thank you Vera made to the comrades who congratulated her on her 90th birthday. In the comment, she also hailed victory with two Swedish words (an illegal phrase in Sweden). The prosecutor believed this showed contempt towards Jews and non-Nordic ethnicities, even though no such people were named in the article or the comment.

In the second comment, Vera wrote that she was angry about politicians defending people who drag their children to see naked men in Pride parades. She called such people “disgusting”. The prosecutor believed this showed contempt and was derogatory towards homosexuals, even though it was very clear that the comment only referred to a few participants in the Pride parades – i.e., those who bring their children.

The prosecutor also thought both of these harmless comments made over four years ago justified taking a 94-year-old previously unconvicted woman to court. According to Vera’s lawyer, Vera is probably the oldest person who has ever been accused of a crime in the history of Falu District Court.

The prosecutor made a pathetic opening statement that was completely crushed by Vera’s lawyer. For example, the prosecutor cited other convictions that had some common denominator with this case, but which also had significant differences. Vera’s lawyer then referred to cases that were much more similar to this case, and in which the defendant was acquitted.

Vera was cross-examined, during which she pointed out the total absurdity of the Swedish establishment complaining about the lack of free speech in other countries, such as Russia, even though we clearly have no free speech in Sweden.

The closing arguments then followed the same pattern as the opening statements. The prosecutor appeared quite dejected, as if she herself did not believe her prosecution would warrant a conviction, or perhaps did not even want it to. The result of the case will be announced on 10 October. 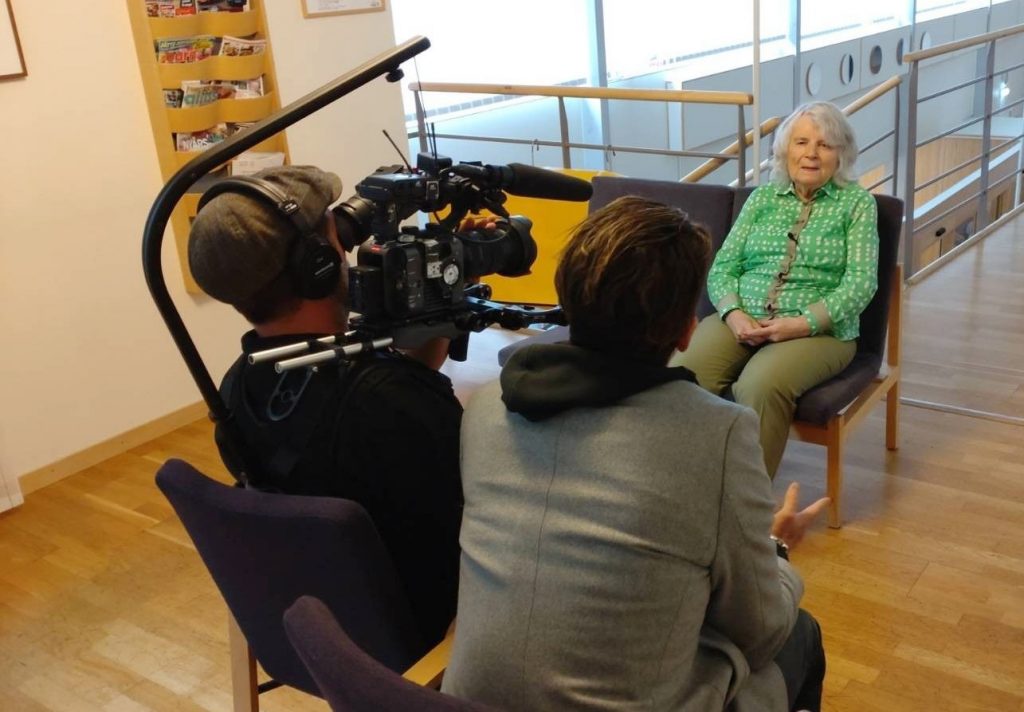 After the trial, Vera was interviewed by a film crew for a pilot of a potential new Swedish TV series about law.

The Resistance Movement will likely report further on these cases in the future.