Home Ideology A comment on hunting rights for National Socialists

RESISTANCE MOVEMENT. The leader of the Nordic Resistance Movement remarks on the recent court judgement regarding weapon confiscations, and responds to liberal lies about the matter. 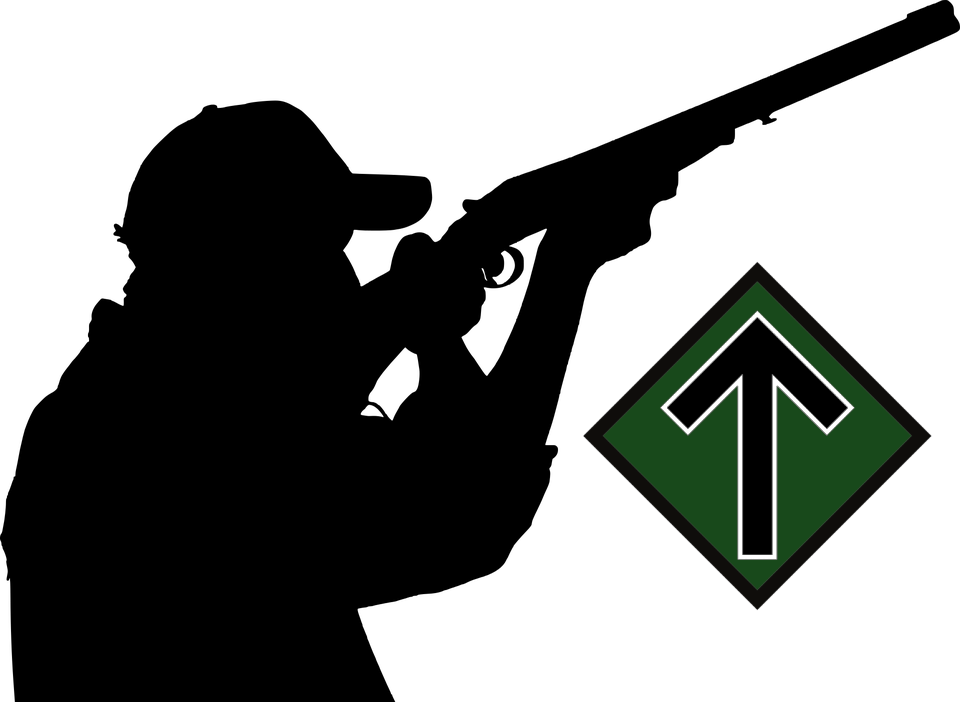 At the end of June, the Resistance man Tobias Lindberg triumphed in the Supreme Administrative Court and regained the weapons that had previously been seized from him by the police. It was a verdict that was as groundbreaking as it was logical and self-evident – it established that a membership in the wholly legal and registered political party known as the Nordic Resistance Movement should not result in someone being automatically deemed unfit to own firearms.

In an incredibly interesting interview recently published on nordicresistancemovement.org, Tobias Lindberg said that he has already been given his guns back. I can also personally report that I have been in contact with other members who have also gotten theirs back. The acts of persecution that the system has long subjected us dissidents to over this issue have come to an end with this verdict – that is why it is so groundbreaking.

The author George Orwell wrote that “in an time of deceit, telling the truth is a revolutionary act”; and in a time of deceit, it is groundbreaking when this system acts correctly in some way towards true political opposition.

One deceiver who is very upset that Swedish legislation actually still protects freedom of expression and association, in at least some respects, is the member of parliament Fredrik Malm, who ironically represents the Liberals (Liberalerna).

In an opinion piece published by Expressen in July, Malm goes on the attack against the freedoms of dissidents in a hodgepodge of libel and lies. Here I will list three quotes from the article:

The NRM are not just Nazis who want to overthrow democracy; they are also a closed and tightly controlled group in which members are expected to show total obedience. A string of serious, ideologically motivated violent crimes have been committed by members of the NRM, including a series of bombings.

This threat is real. Today, Jews, LGBTQ people, Muslims and people with black skin are some of the groups that are exposed to threats and violence by radical nationalists.

It is not reasonable to require individual transgressions by violent extremists in order for their gun licences to be revoked. Merely joining a sect that preaches violence and hatred, and whose representatives do not hesitate to resort to violence, must be included in the assessment.

In the above three quotations alone, I can identify seven outright and indisputable lies, and five claims that can at least be interpreted as incorrect, especially in this context. Twelve lies in six sentences!

For example, the Nordic Resistance Movement is in no way even close to being a sect in which members are expected to show total obedience. Of course we also do not preach violence within the organisation; even if we wanted to do so for some reason, we would almost certainly be sitting in prison for incitement. The organisation has never committed any bombings, and whether the leadership resorts to acts of violence or not is open to discussion, as no one in the national leadership has been convicted of any violent crimes for at least the last ten years.

However, the most interesting lie is in the second quote: “Today, Jews, LGBTQ people, Muslims and people with black skin are some of the groups that are exposed to threats and violence by radical nationalists.” It makes it sound like it’s a daily occurrence that nationalists both threaten and use violence against individuals from these groups.

If we ignore Malm’s fantasies and look at the reality, I would be very surprised if an active nationalist is even convicted of such a threat or act of offensive violence more than once a year on average. This can be compared to how often threats and violence are used against ethnic Swedes by perpetrators who are “Jews, LGBTQ people, Muslims and people with black skin”, or, at any rate, one of the latter two groups.

No, the system must make up its mind. Either we live in a pro-free speech democracy or something more like a dictatorship – a kind of democratic-dictatorship. And the Liberals must decide: Either they stand for a free and liberal ideology, or they stand for a totalitarian society in which those who have dissenting opinions must be destroyed.

The Supreme Administrative Court has concluded that law-abiding National Socialists should obviously be allowed to hunt with their own weapons, as long as they live up to the demands set for obtaining a weapons licence in Sweden – as is the case for Social Democrats and Liberals. In contrast to both this decision and Sweden’s constitutional laws, Fredrik Malm believes it should be a luxury granted to those who “think correctly”.

I and the Nordic Resistance Movement stand for increased freedom of expression for the people compared to the situation today – and naturally I think that National Socialists should be able to hunt moose if they want to!