IDEOLOGY. Leif Eriksson discusses the importance of a people’s community as a part of our worldview and the ways it should influence us in everyday life. 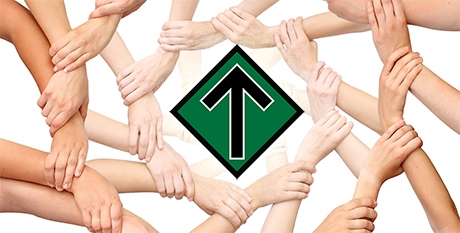 National Socialism isn’t just an ideology; it’s a worldview. The difference is that an ideology only encompasses certain aspects of existence, such as politics, economics, law, and so on. One can therefore profess a certain ideology; for example, liberalism or socialism, without it affecting the way one lives his life to any considerable degree. A worldview, on the other hand, also incorporates ideological, philosophical, scientific and religious ideas, but additionally it extends to and permeates other areas of an adherent’s existence, including culture, spirituality, decision making and one’s private life. Worldviews are generally considered to include the great world religions, but also views such as National Socialism, the original anarchism and animism.

It is the concept of a people’s community above all else that ensures National Socialism influences our actions in everyday life. The knowledge that we are part of a larger community gives an extended meaning and satisfaction to our lives beyond mere individual gratification and self-fulfilment. In our case it is blood and race, but also history, culture and folk character, which form the basis of this community. The awareness that we have a heritage from our forefathers to maintain – and foundations to lay for our descendants’ future – has a strong influence on how we choose to live and which decisions we take. The understanding that if some of our people suffer, all our people suffer, makes us compassionate, altruistic and generous – which in turn ensures our foremost aim is that the entire people’s community be well and prosper, not just the individual. 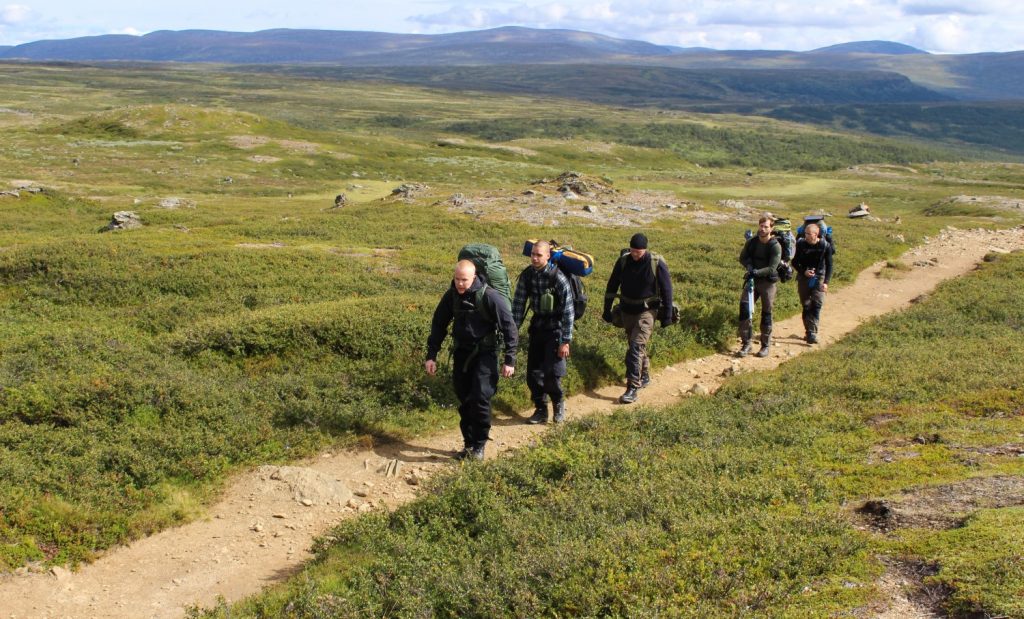 It’s easy to express all this on paper, of course. Indeed our detractors likely consider it a utopia, a theoretical fantasy, and that such a people’s community is something that could only be achieved in a dream world of the future. Is it really possible to attain a people’s community in practice, in the middle of a divided, egotistic and hostile world?

I assert that it is not just possible but completely necessary that we National Socialists create the people’s community among ourselves today that we wish to see prevail across society as a whole in the future. The reasons for this are as follows:

1. We practise what we preach. People who claim to stand for high and honourable ideals but who live completely differently are rightfully labelled as hypocrites. In the morally rotten society around us, we see examples of this every day: “Good” religious leaders who abuse children, politicians who demand citizens’ abidance by the law but are themselves corrupt, proponents of multiculturalism who call for open borders but live in highly segregated areas, and so on.

All such hypocrisy is unthinkable for us National Socialists. As such, when we talk about a people’s community, it’s more than words: it’s something we practise. Firstly, we actively stand up for our people and our race as things of value whose existence we will secure. We fight fanatically against all attempts from Zionists and Cultural Marxists to make us feel ashamed of our history, to divide us with lies about us and fictitious crimes of the past, to spread hatred against whites, to blame us for problems in other parts of the world, to force an alien culture on us, to sully our Germanic morals with LGBT-lobbying and gender theory, and so on. We defend our children against such propaganda and raise them to be thinking people who do not swallow everything they are served. We also do not support hostile propaganda or activities, either economically or by squandering our time on them.

Secondly, we take part in community activity every day. We meet and socialise outside of regular activism, and we stand by our comrades who need help or are experiencing difficulties. Examples include remembering to visit comrades who are ill, elderly or who live alone. Another group requiring special consideration are those who are being persecuted by the system or are currently imprisoned for their views. For those who cannot contribute money, there are always ways to offer something practical instead, such as supporting comrades’ family members or just remembering to phone to ask how they are.

Thirdly, what we say demonstrates how much we value one another. Even if criticism and reproof can be necessary at times, it is praise and words of appreciation that contribute the most to a strong fellowship. Don’t forget to tell your comrades when you think they have done well. Be generous with praise and esteem. We endure so much abuse from the rest of the world that there can never be enough praise from us for one another. Show that you value your comrades’ loyalty and faithfulness. And don’t just do it when you talk to your friends but also when you talk about them. To always speak well of one’s comrades to others, instead of spreading negative, divisive gossip, is a sign of a good people’s community.

Fourthly, we do not know what the near future will bring. If the regime should subject us to a ban or some other form of persecution, our strong people’s community will be an important asset and a powerful weapon in our struggle. If we have the perspective that it is the group’s, the people’s and the race’s future that hangs in the balance, it will ensure we sacrifice our personal comfort and selfish ambitions in the fight for our common future. 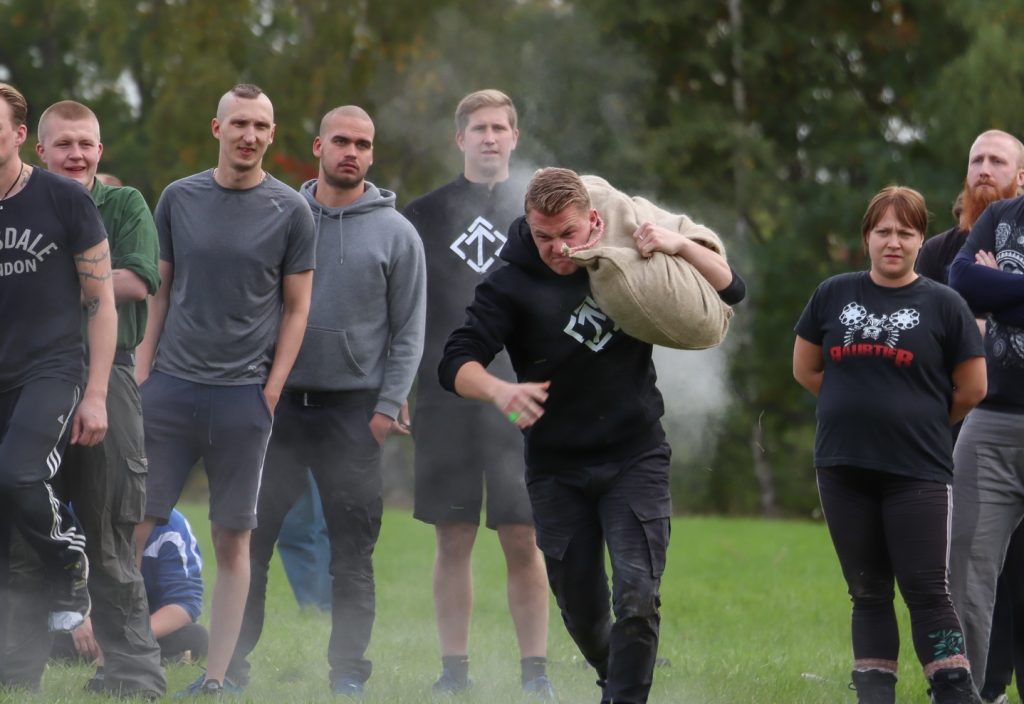 2. We build the foundations for future society. If we are really serious about living to see a future National Socialist Nordic Nation, we must begin to build that society among ourselves now. We must build an organisation that is functional and effective, and continues to be so as it expands. Recruitment and education for positions of responsibility must happen continuously. But the people’s community as our internal motor and safety net must function now in practice if it will function in a broader future context on a societal level.

The National Socialist revolution will not be realised by greedy careerists or petty egotists. It will be realised by far-sighted men and women who have the ability to perceive what is best – best for the local community, best for the people and best for the race. When the divided multiethnic society collapses, we will shine like a guiding light as we swiftly organise health care, schools, food distribution and rebuilding for our people, while our enemies are busy plundering, raping, and saving their own skin at the cost of others.

3. We draw new supporters to us. National Socialism is steadily attracting more supporters, with various roads leading to the destination. Some read Mein Kampf for the first time and find direct salvation. Others react to the result of organised mass immigration and the replacement of our people and see that only we have realistic and radical politics for solving such problems. But there are many who are drawn to our movement because of the people’s community they see among us.

If our people’s community is genuine and more than just words, it will be a gateway for those who have grown tired of superficiality and selfishness in today’s society. We should therefore think how we act, practise what we preach, speak well of one another and remember our folk comrades who have things harder than we do. This is what a people’s community means in practice. And the people’s community is National Socialism!