1 MAY. Activists from Sweden’s Nest 3 abseiled down one of the towers of Kärnan Terrace in Helsingborg on the 1st of May, attaching a Resistance Movement banner to its wall. 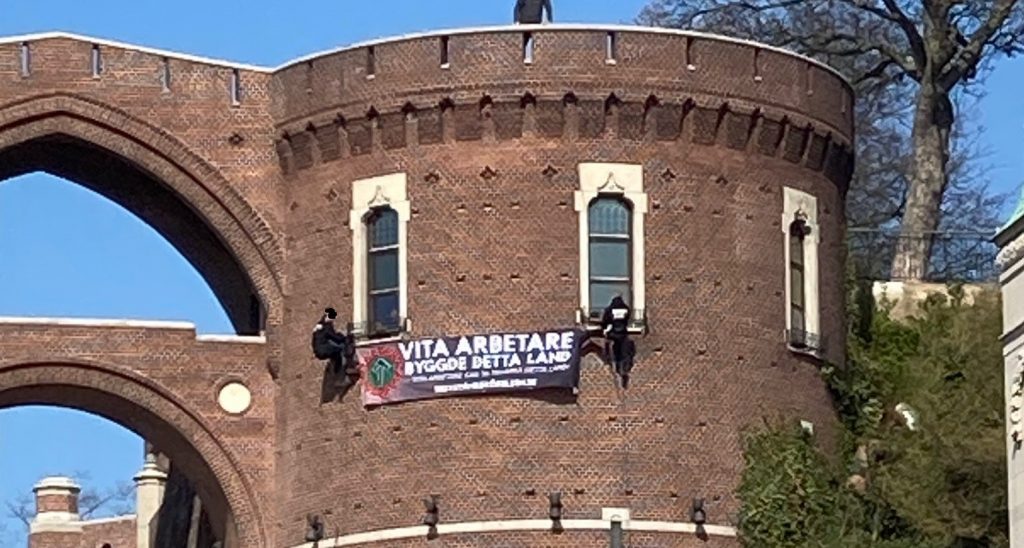 On 1 May, Nest 3 activists abseiled down one of the towers of Kärnan Terrace, which stands in the centre of Helsingborg, attaching a “White workers built this country – White workers can take this country back!” banner to a prominent position on its wall.

Like the other Nests around Sweden, Nest 3 engaged in activism throughout the day to honour Nordic workers and encourage them to fight. Their first activity involved broadcasting a 1 May speech by Simon Lindberg around Helsingborg with the aid of a decorated trailer and loudspeakers.

Later on, the activists briefly reconvened to prepare for their next action: abseiling down a tower at Kärnan Terrace. 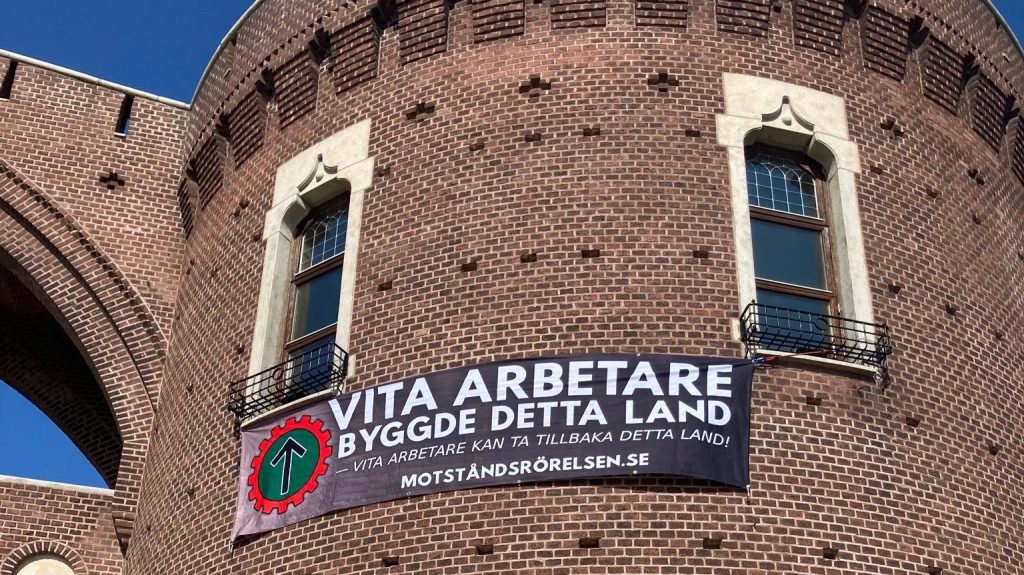 Members and activists in Nest 3 had been practising abseiling for the last couple of weeks – partly for fun and as a community-building exercise, but also to improve their skills ahead of the actions conducted on 1 May.