ACTIVISM. Activists from Sweden’s Nest 1 conducted a symbolic action at the entrance to the Europe House in Stockholm on “Europe Day”. 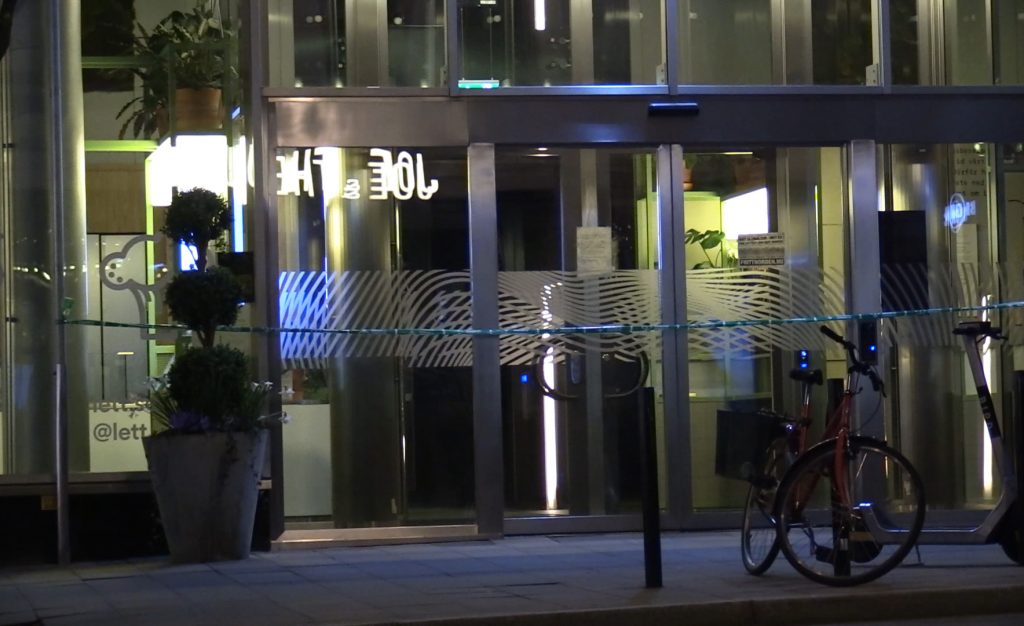 On 9 May every year, Europe Day is celebrated by the establishment around Europe. If the different European ethnicities and cultures were promoted on Europe Day, it would be something commendable, but instead the opposite is celebrated – national identities are obscured in favour of an identityless pan-European anti-culture.

As a counterpoint to this celebration, activists from Sweden’s Nest 1 decided to block the entrance to the Europe House (Europahuset) in Stockholm, where foreign occupiers dwell and continue to inflict the insane EU project on Sweden.

After blocking the entrance with tape, several groups went out in Stockholm and nearby Sundbyberg to put up posters from the Resistance Movement’s anti-EU campaign website Frittnorden.nu.

The Nordic Resistance Movement wants Sweden and the other Nordic EU member countries to leave the union as soon as possible. Instead of being part of liberal-globalist EU projects, the Nordic nations should join forces and create a united Nordic nation with a National Socialist government.

The below message was also left on the entrance door to the Europe House:

This building has been cordoned off by the Nordic Resistance Movement as it is a symbol of an occupying power – the European Union. From here the representatives of the European Parliament and EU Commission work in Sweden. The EU is a hostile and supranational union, which imposes laws and regulations that further mass immigration and multiculturalism on individual states. Free states do not exist within the EU, and therefore the Nordic Resistance Movement advocates an immediate withdrawal from the union.

Death to your union. Long live our free Nordic Nation!