On Saturday, 6 March, Sweden’s Nest 7 held a town square meeting in Vetlanda in response to Wednesday’s terrorist attack, in which an Afghan immigrant went on a stabbing spree, injuring seven people. The Resistance men distributed specially printed leaflets with information about the attack and multicultural terrorism in Vetlanda in recent years. Nest Chief Hampus Maijala also held a speech on the subject. 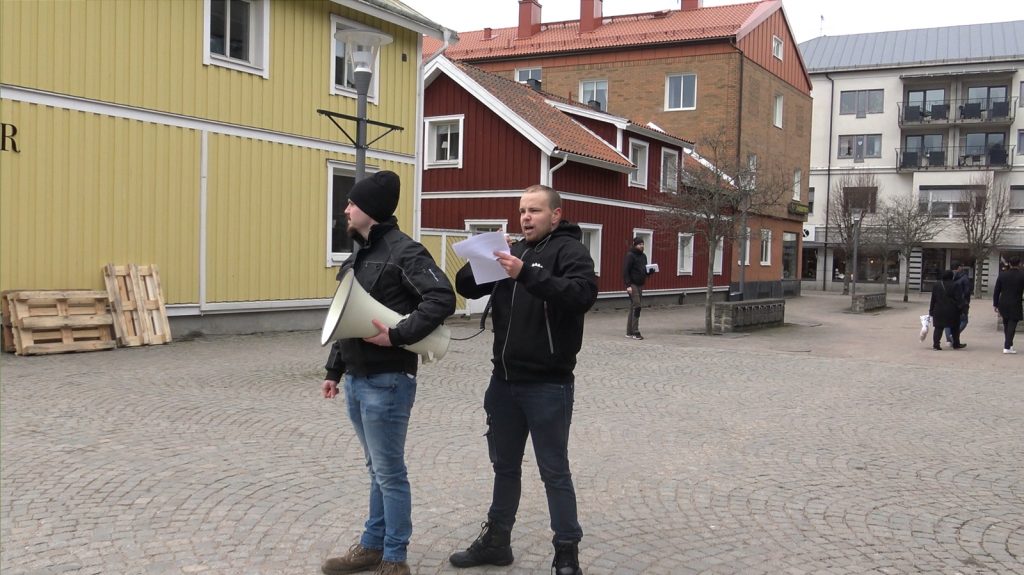 The politicians and media bear the main responsibility, and nothing will change as long as YOU continue to give them power. It is YOU who votes for one of the eight parliamentary parties, YOU who consumes the established media, and you who are silent out of cowardice instead of fighting back. It is YOU who decides whether more people should fall victim to the foreign invasion or whether enough is enough. 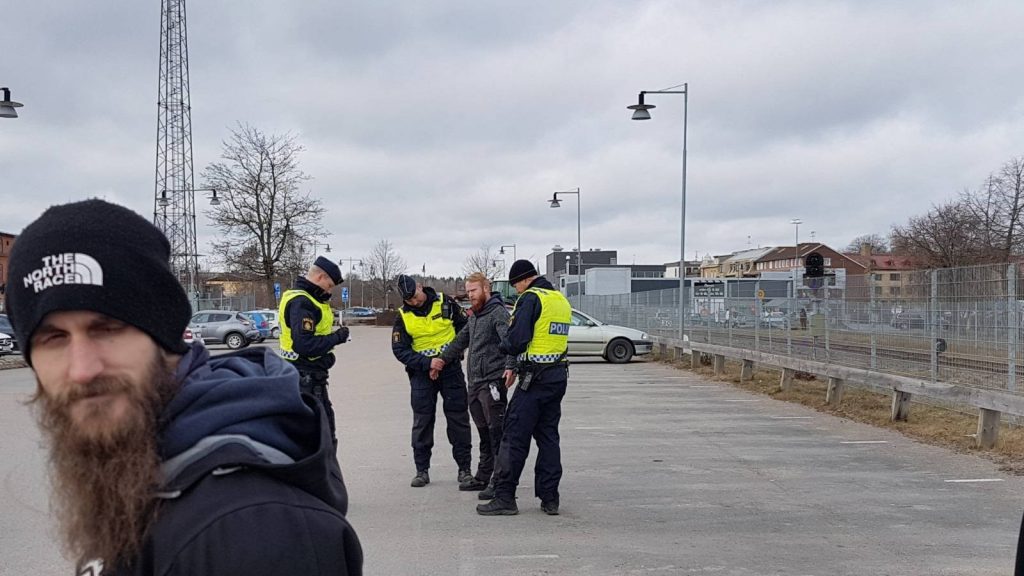 When the activity was over, all the Resistance fighters were searched by the police and accused of the absurd crime of having conducted an unauthorised gathering. 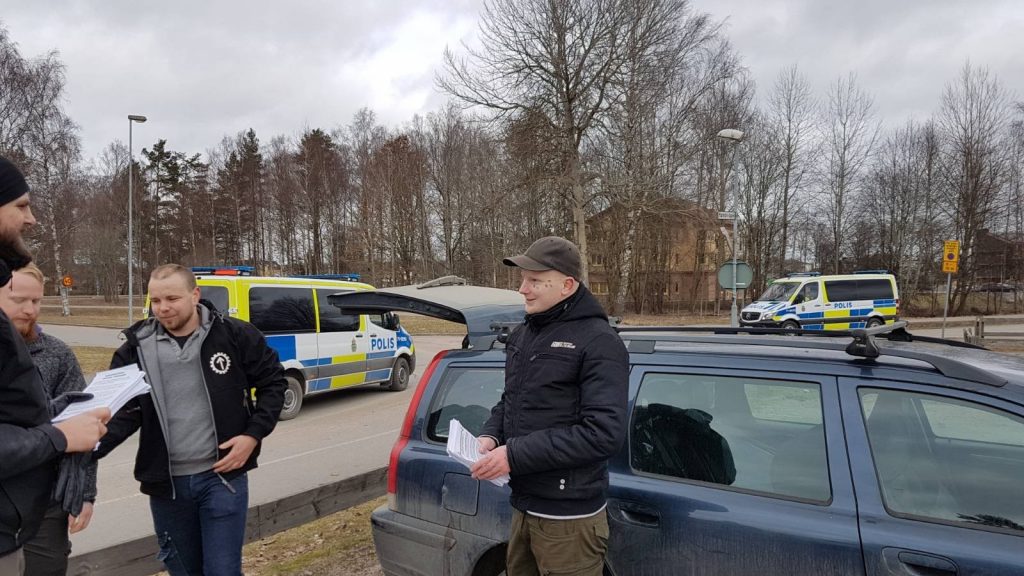 However, the day didn’t end there. The comrades continued to distribute leaflets to houses in Vetlanda, closely followed by a dozen police officers with two police vans.

When the leaflet distribution was completed, the comrades were harassed by the police again when they carried out a surprise inspection of one of the Resistance men’s cars.

The very successful day concluded with food and socialising at a comrade’s home.

To all residents of Vetlanda and Småland who have not yet joined the fight for the salvation of our people: The next time we are out on the streets, you can stand there and fight with us instead of just reading about it afterwards. It’s time for you to find your courage and join the Resistance Movement! 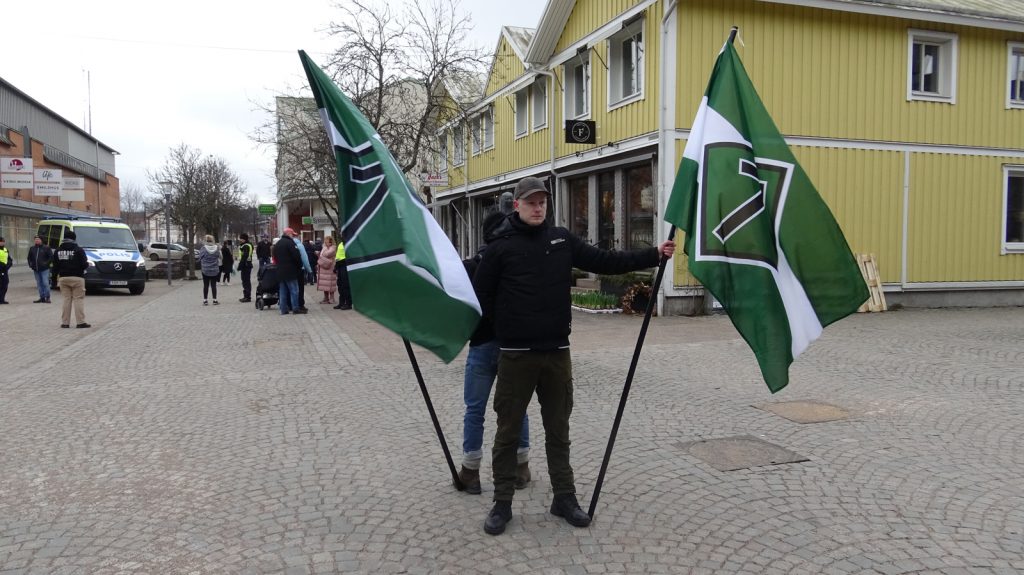