ACTIVISM. Resistance Movement members conducted activism in support of local people in their fight against an asylum centre for criminal racial aliens in Sandvad, Denmark.

Tensions have been high in the village of Sandvad in Southern Denmark, after it emerged that racial foreigners convicted of murder and sexual offences will be housed at the local Red Cross asylum centre, Specialcenter Sandvad. The local population felt particularly deceived by the Red Cross’s secrecy, as its regional leader, Tina Lundgaard, had previously assured the public that the centre would be populated by refugees with “special needs”, not criminal racial aliens.

Since then, a citizens’ meeting was held in the town, which was attended by the Danish Immigration Service, the Red Cross, Vejle Municipality and liberal Marxist politicians. At the meeting, the Vice Director of the Immigration Service, Grith Poulsen, was asked if he could guarantee that no criminals or sex offenders would come to Sandvad, but he replied that he could give no such guarantee.

A law firm conducted a legal assessment of the agreement, which concluded that the composition of the residents at Specialcenter Sandvad does not correspond with the rental agreement between the Immigration Service and Vejle Municipality, confirming that the entire local community has been betrayed.

Frustrated local residents have protested about the settlement of racially foreign murderers and sex offenders in the village, but the Integration Minister, Mathias Tesfaye, has refused to meet with them.

Below are some of the signs put up by locals in opposition to the non-White murderers and sex offenders at Specialcenter Sandvad:

The White residents in the area now feel unsafe and have been forced to cancel events, including their children’s New Year celebration, while some have had to install surveillance equipment at their houses.

When the residents demonstrated against the placement of the racial aliens at Specialcenter Sandvad, the police responded by issuing a demonstration ban, on the grounds that “the new residents and their mental state must be taken into account”.

Guards were eventually deployed to the area by the Immigration Service, but unfortunately for local residents, they were not sent to protect the citizens of Sandvad, but instead to protect the employees at Specialcenter Sandvad against the protesting citizens.

The Nordic Resistance Movement regards this whole affair as shameful from top to bottom. White Danes should NOT feel unsafe in their OWN country because of racial aliens. White citizens should not be deceived, White communities should not be taken hostage, and the corrupt liberal-Marxist political system should NOT be allowed to continue!

In response, a group of activists from the Nordic Resistance Movement visited five villages near Specialcenter Sandvad to distribute propaganda, cordon off the asylum centre and speak with local people about the future National Socialist Nordic nation. 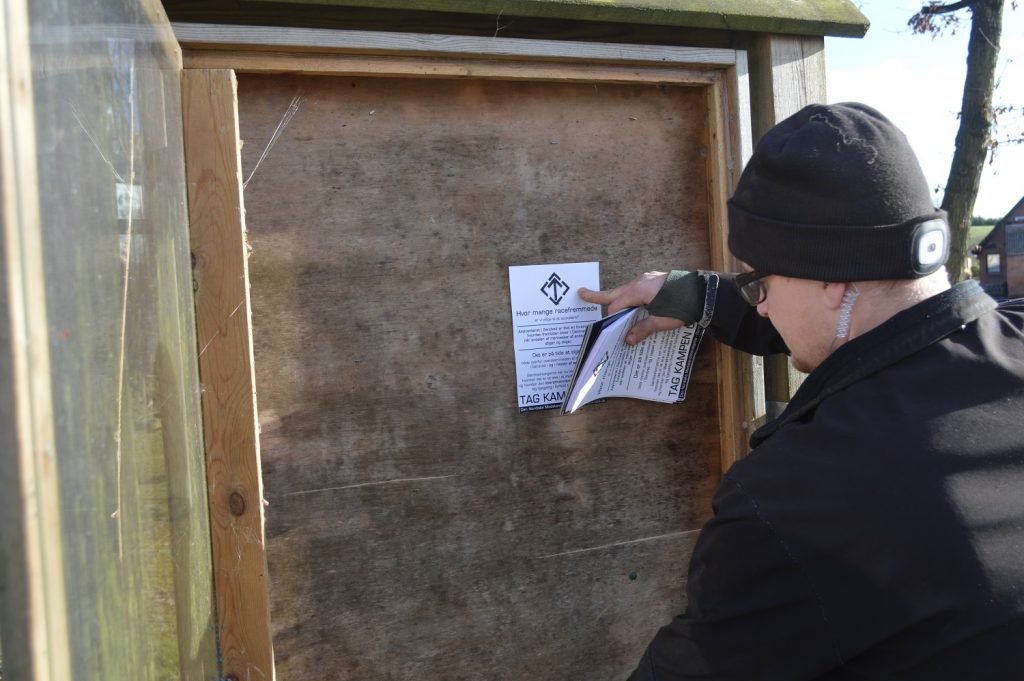 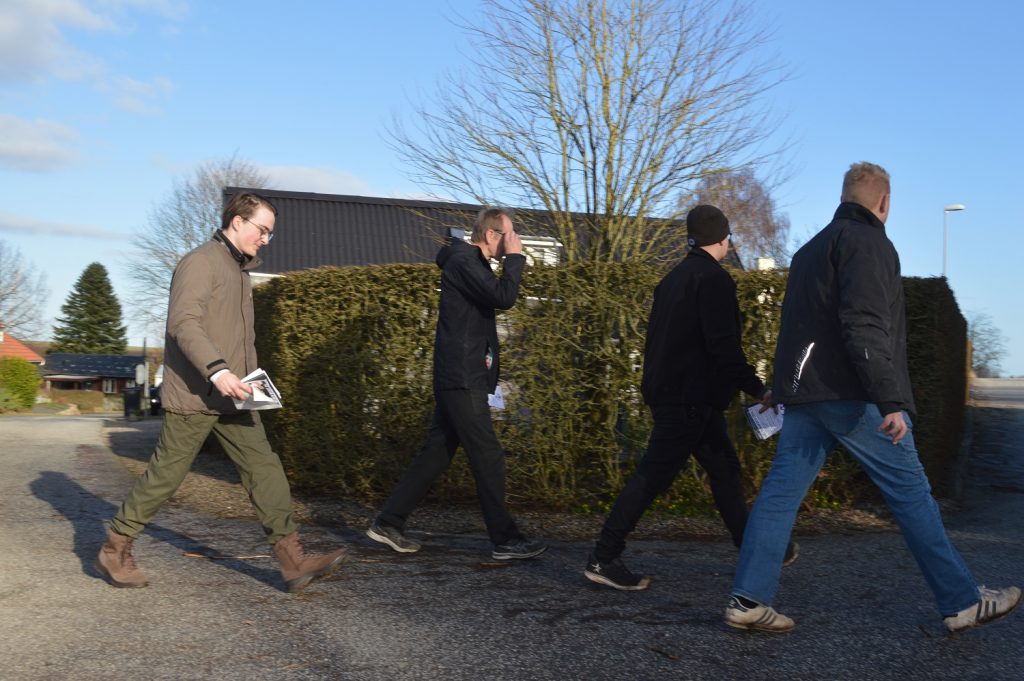 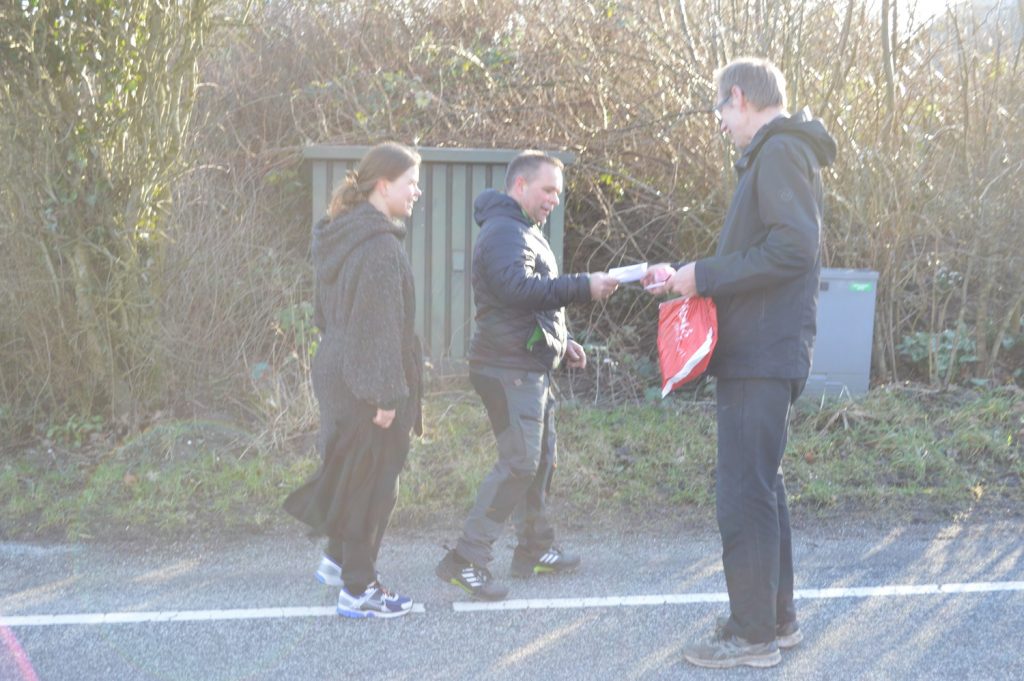 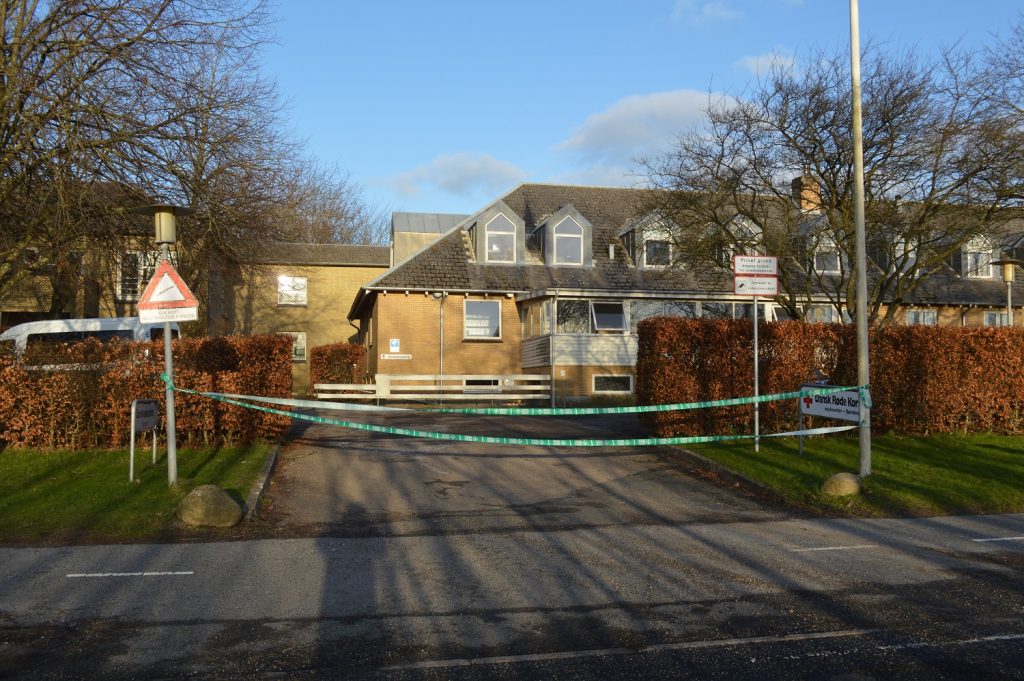 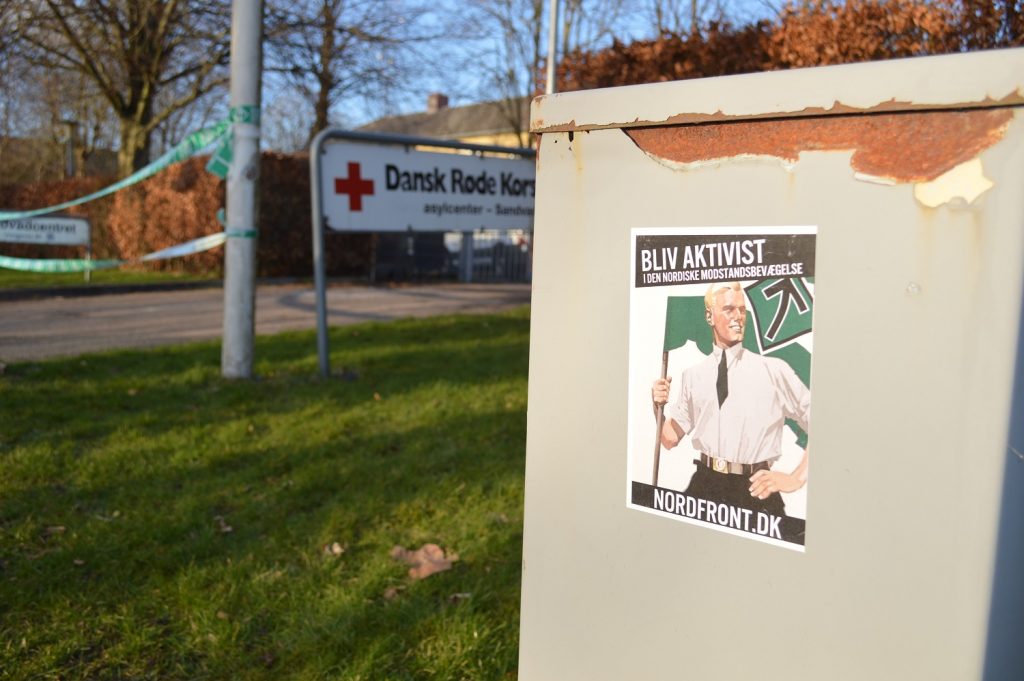