ACTIVISM. Nordic Resistance Movement activists in Denmark have begun a series of actions against the homo lobby and its propaganda in connection with the “Pride Month” of June. 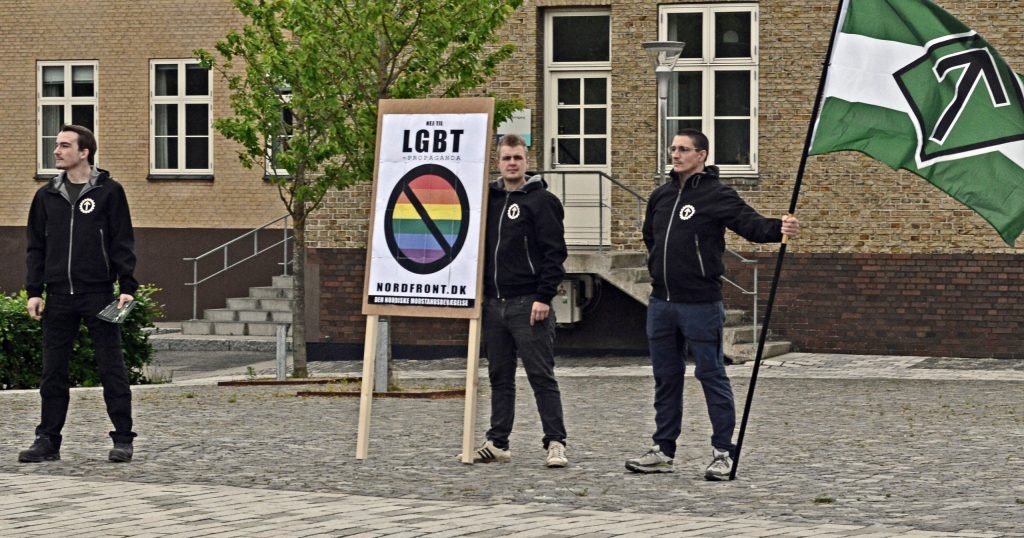 The Danish people are facing an entire month of non-stop LGBT propaganda, so the Resistance Movement are responding with a series of actions against the homo lobby.

At the start of the month, campaign material was produced in a monthly meeting in preparation for the activism: 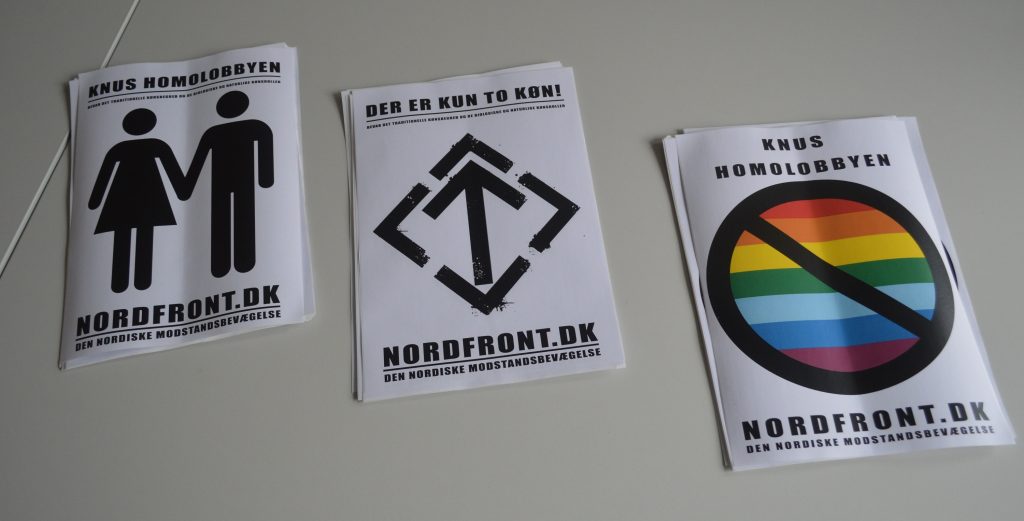 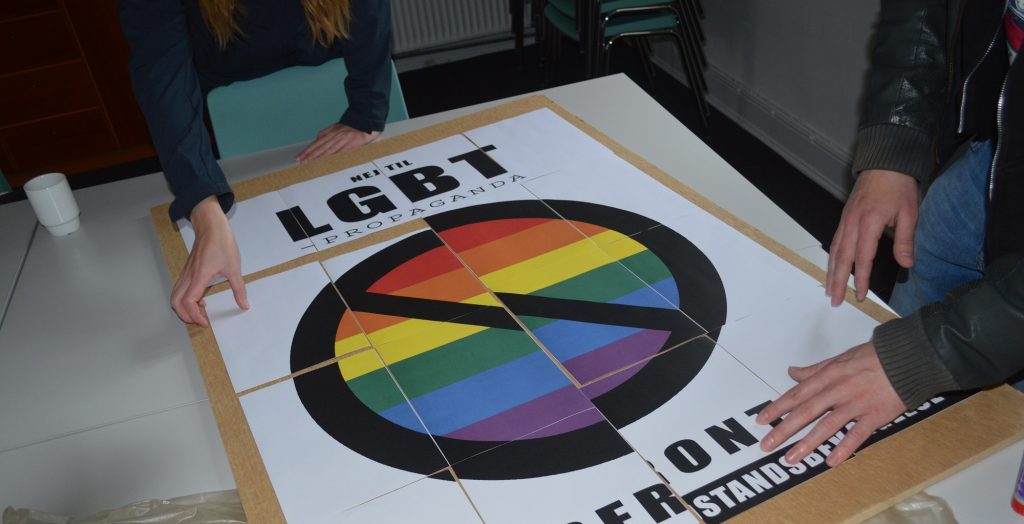 This was followed by an action by Denmark’s Nest 3 in the town of Hobro, North Jutland, with the message “No to LGBT Propaganda”:

On 4 June, a flash demo with the same message was held beside a major road leading into Horsens, Central Jutland:

More actions are to be expected throughout the month.