Home Resistance News Activism Activism in Albertslund after Danish teenager is attacked by a gang of...

ACTIVISM. On the 14th February, 17-year-old Marcus Alexander Aroli was assaulted by a group of racial foreigners at Albertslund train station, Copenhagen, Denmark. These kinds of assaults against Danes by non-whites are happening more and more often – something we in the Nordic Resistance Movement will not accept! As such, activists made a stand against these types of attacks – and the system that allows them – by putting up large quantities of Resistance Movement propaganda at the scene of the crime. We are the only ones who can, will and try to stop this madness! 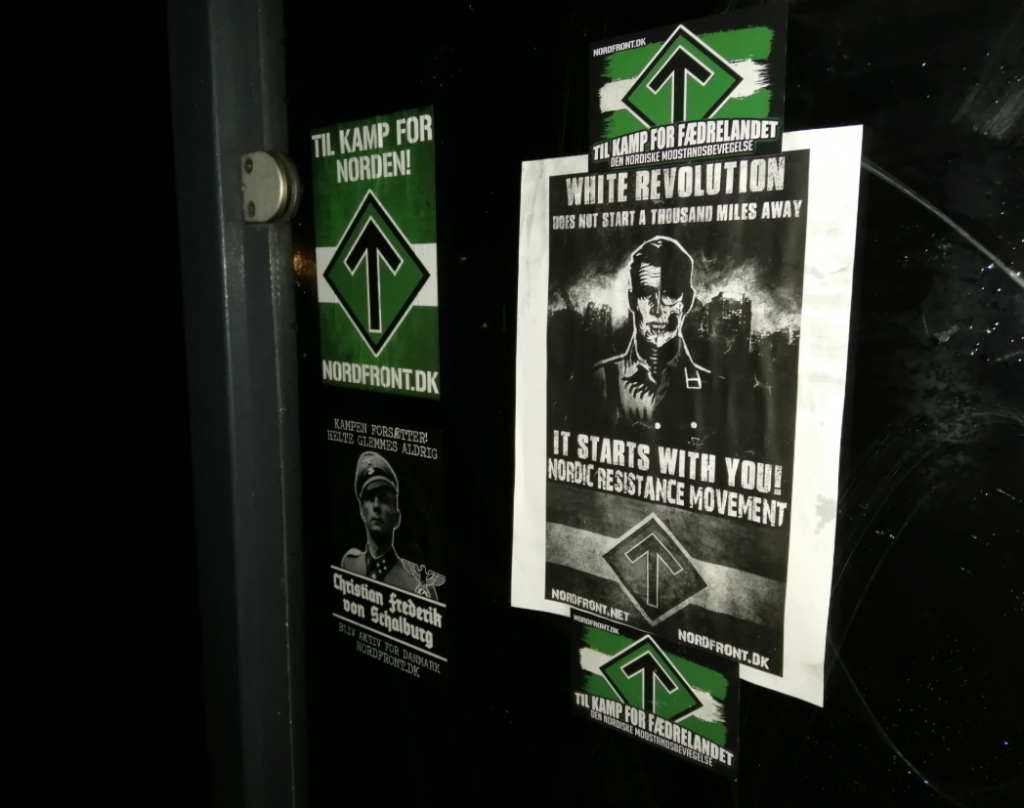 Marcus was with his sister and her friends at the station at 10 p.m. when a large group of non-whites punched and kicked him and even tried to push him in front of a train. None of the foreigners knew who Marcus or any of the girls were. Marcus recounted the attack in an interview with the TV channel TV2 Lorry, saying: “I couldn’t protect my sister, and that was the most terrible thing about it all. She was crying and shouted to me that we were going to die.” 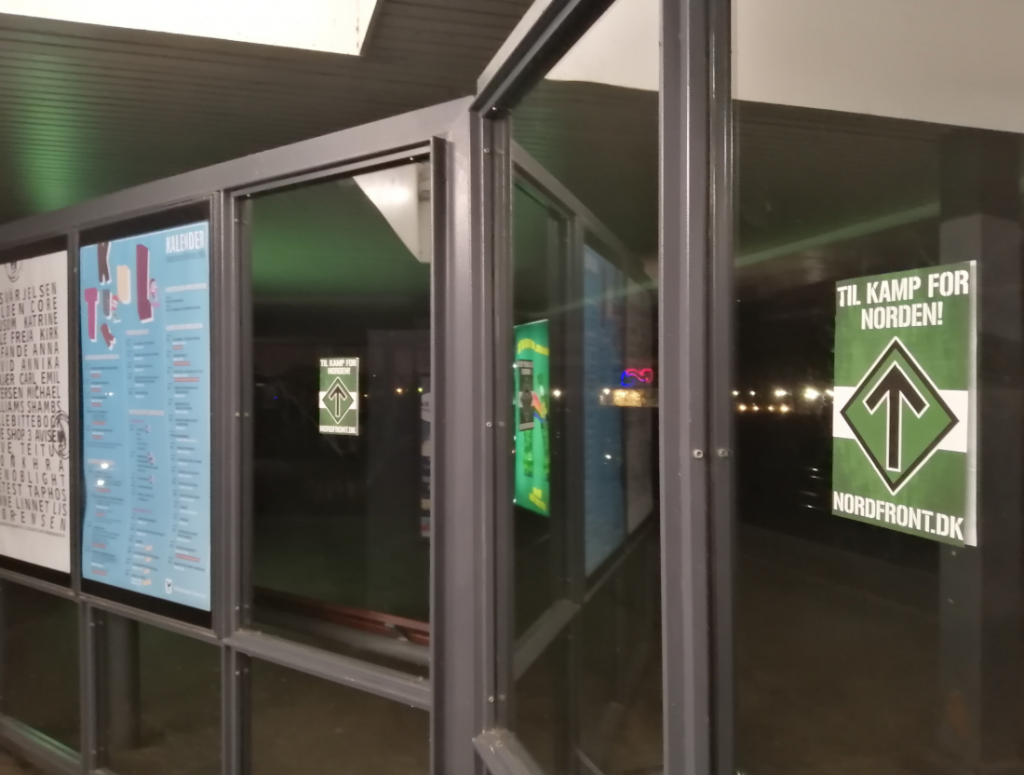 Marcus also detailed what happened in a Facebook post on the day following the incident. He stated there was a gang of about 30 immigrants at the station, nine whom were involved in the attack, including one who, completely unprovoked, punched him in the face and split his lip. Despite being heavily outnumbered, Marcus still managed to strike back at his assailants, hitting one of them in the head with a bag of beer bottles before he and the girls were able to escape from the station.

He concluded his message with a plea for others to stay away from Albertslund station in the evenings as it isn’t safe.

Marcus also posted photos on Facebook of the injuries he sustained during the attack (below). 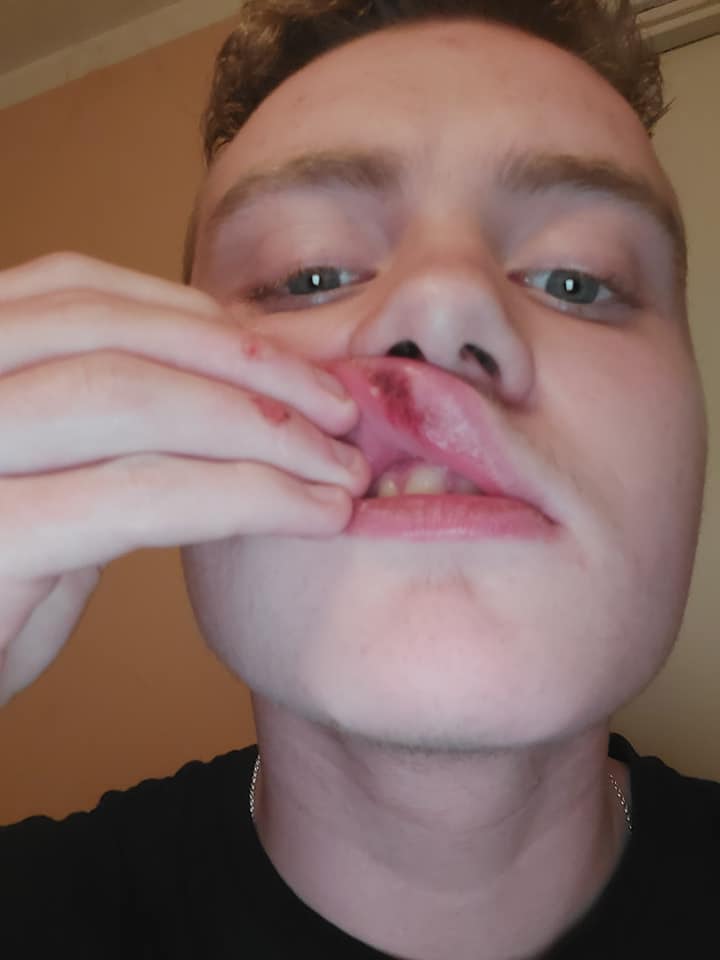 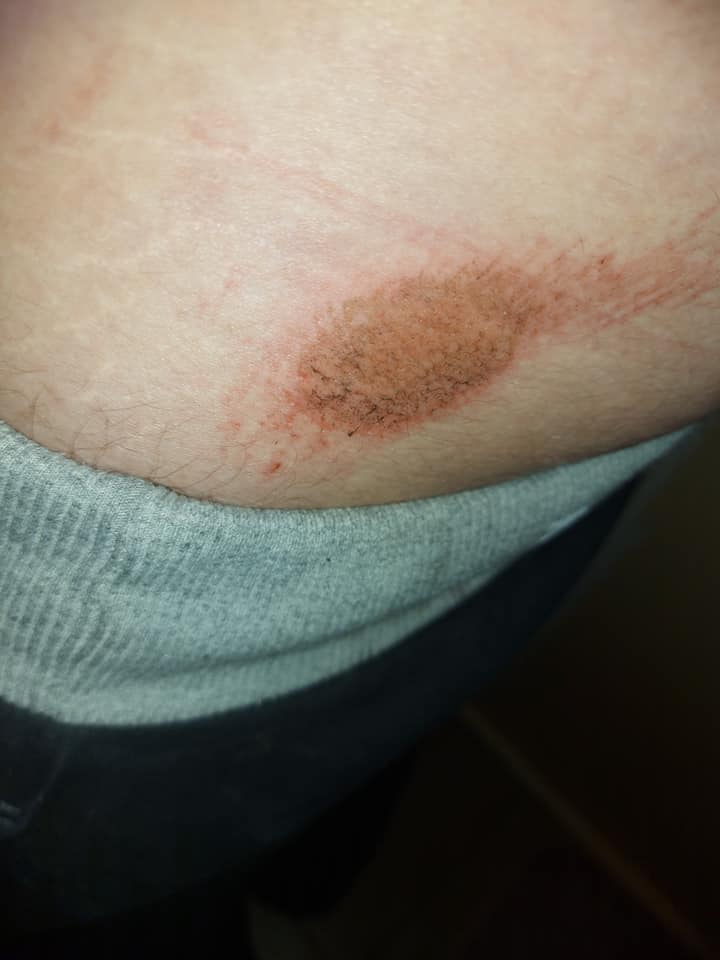 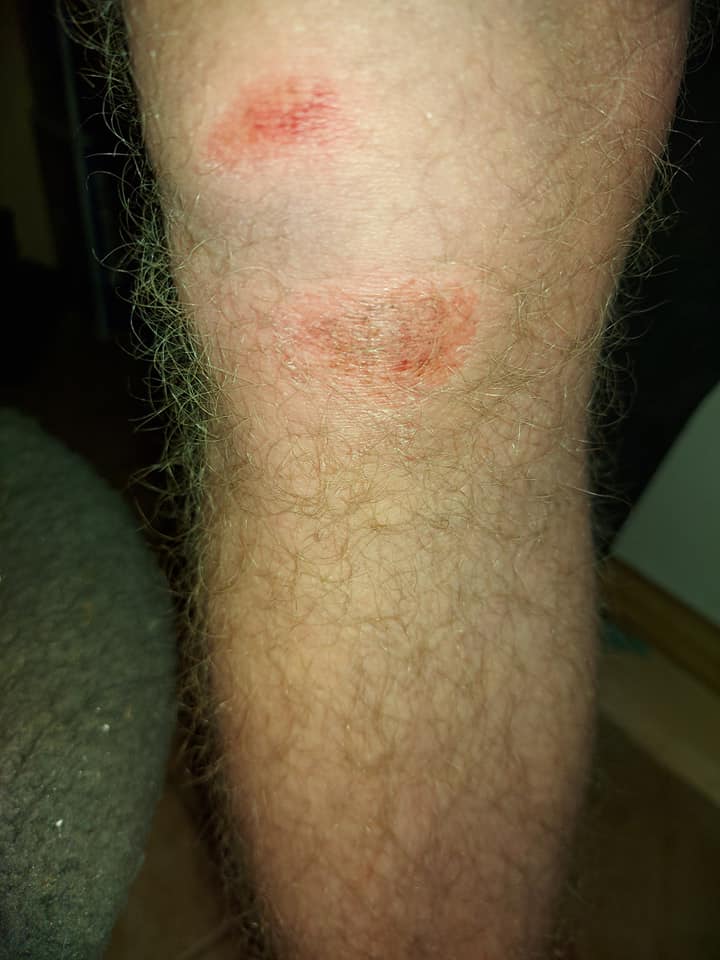 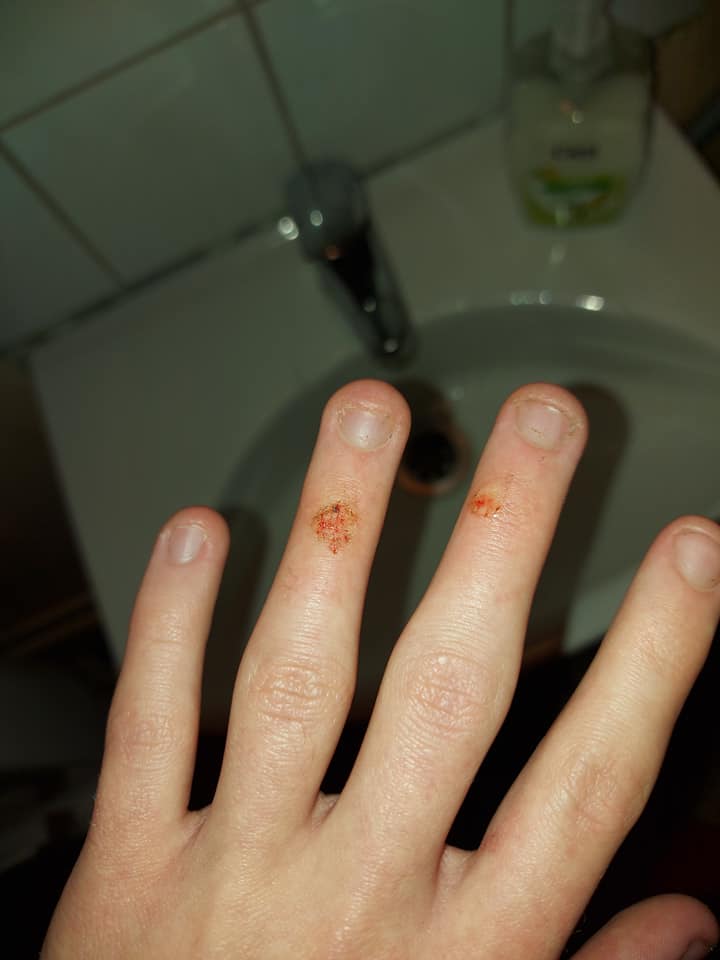 This kind of attack is not just an attack on random young Danes, but on the entire Nordic people! These foreigners are invited here by traitorous politicians, after which they terrorise the Danish people via attacks like these, rapes of Danish girls and sometimes via deadly terrorist attacks.

We in the Nordic Resistance Movement will never accept this! We will fight this system that allows this everyday terror and even helps these hordes of foreigners!