27 January is the system’s annual campaign day for using lies about the holocaust to brainwash and guilt-trip all White people into believing that the White race and the protection of its interests is the root of all evil in the world.

Activists in the capital chose to conduct activities with a focus on the ongoing holocaust of White people, which – in contrast to the alleged genocide that is claimed to have taken place in incredibly absurd ways at another point in history – is a very real phenomenon.

In the early morning, activists went to Gamla Stan in Stockholm to put up posters on the premises of the Living History Forum – an institution for “holocaust education”. The posters featured an ironic message purporting to be from the Living History Forum, declaring it had been spreading baseless lies about the holocaust for years and was now changing its focus to promote the history and achievements of White people instead.

The police presence was particularly high in the morning, so much so that three patrols devoted their time to searching some of the activists’ cars. While this harassment was underway, the activity at the Living History Forum was taking place just a few hundred metres away.

Satisfied with having carried out part one of the planned activities right under the noses of the system’s lackeys, the activists had to wait a while for part two, as the lackeys insisted on playing cat and mouse with them for an hour.

When the activists were able to resume their planned activities, they put up specially produced banners over bridges and tunnels just in time for the morning rush hour. The banners read “Stop the holocaust of our people”. 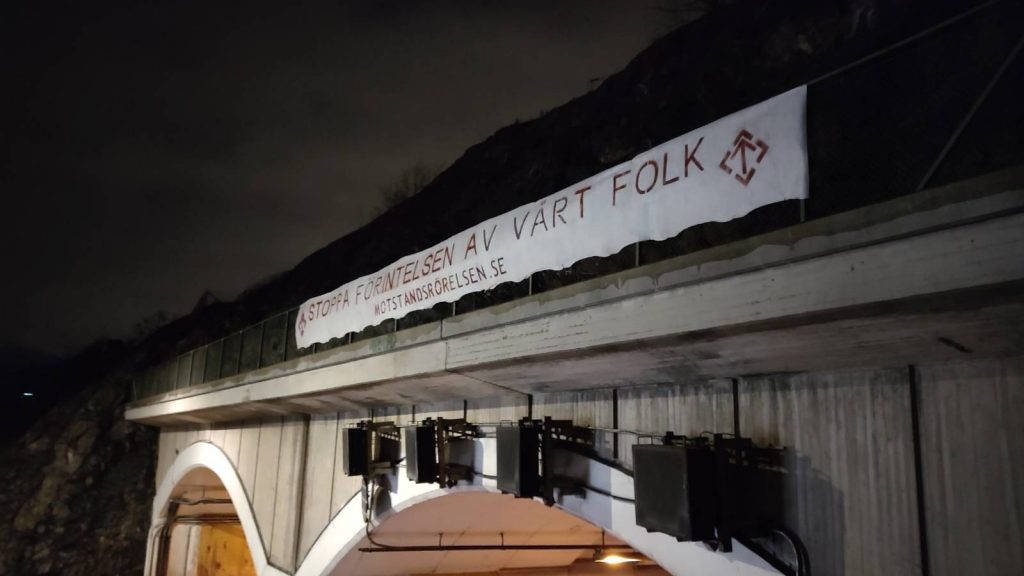 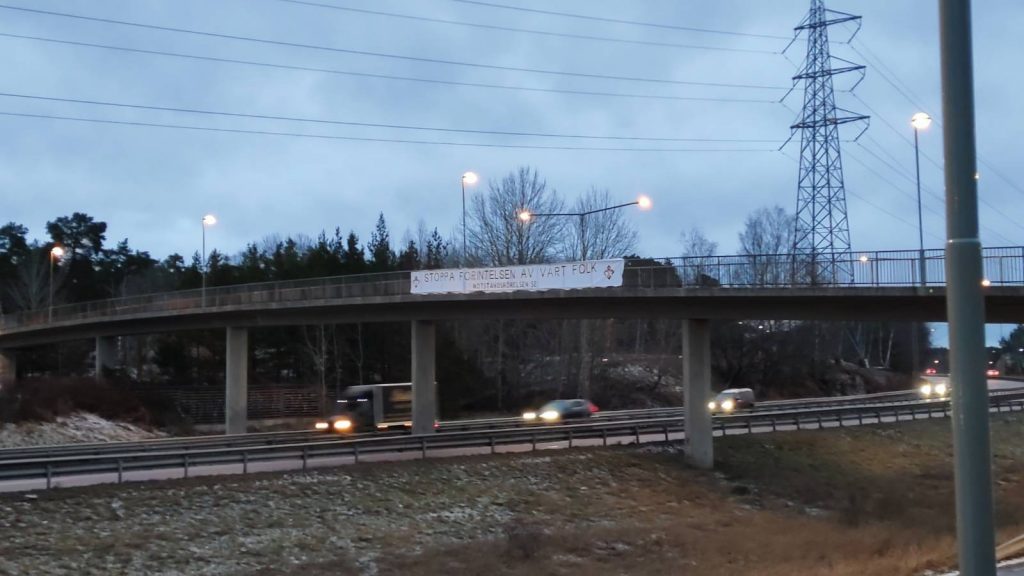 Activists from Nest 7 placed banners with the same message in Jönköping. 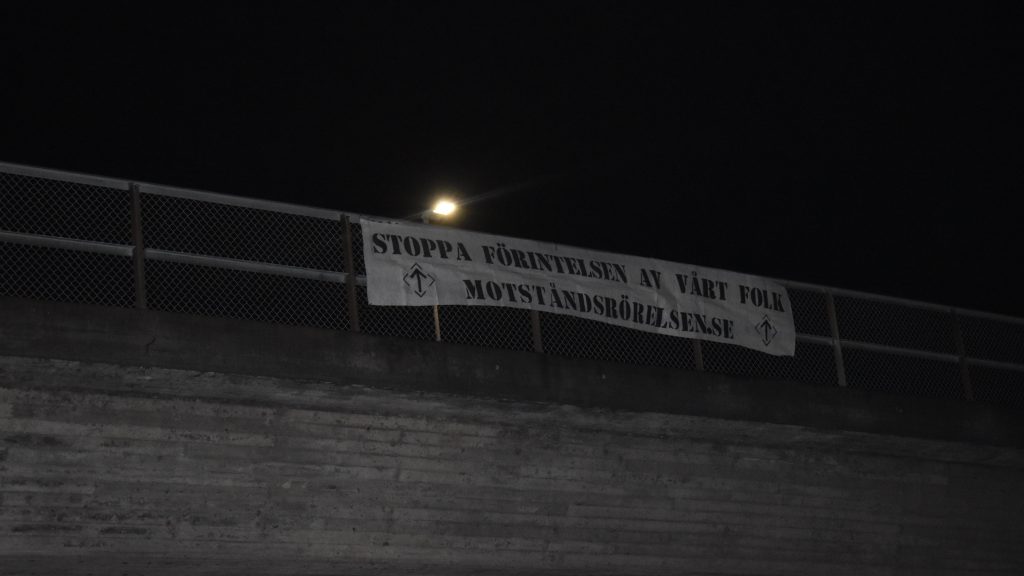 Meanwhile, the message “The holocaust is a hoax” was sprayed in locations in central Jönköping, as well as at several high schools in the town.

Nest 5 also announced that the holocaust is a hoax by projecting the message via laser beams onto several buildings in Borlänge, including the Kupolen shopping centre:

The Nordic Resistance Movement would like to conclude this report by wishing everyone a belated happy holocaust day!