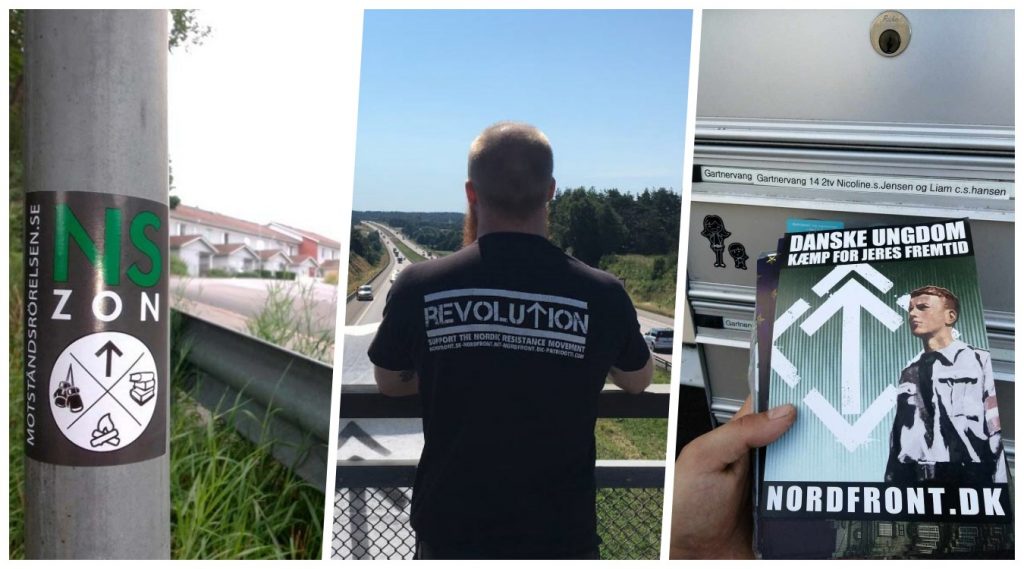 Members of Activist Group 201 held a banner action over the E6 motorway in Varberg Municipality on 7 August. The overwhelming majority of motorists were happy to see the activists, and many waves and victory greetings were seen. After about an hour, the police came and claimed the activity was illegal, despite it being completely legal to hold banner activities. They later confiscated the banner and left the area.

Stickers were placed in both the centre and outskirts of Borås on 2 August.

Comrades gathered in Tranemo on the evening of 30 July for their monthly meeting. On the meeting’s agenda was the future strategy in Tranemo. A long-term plan was reviewed, and feedback from previous activities was discussed. After the formalities were over and a new member was welcomed, the meeting concluded with a study circle focussing on Our Path. The future for Tranemo looks bright, with more activities awaiting. 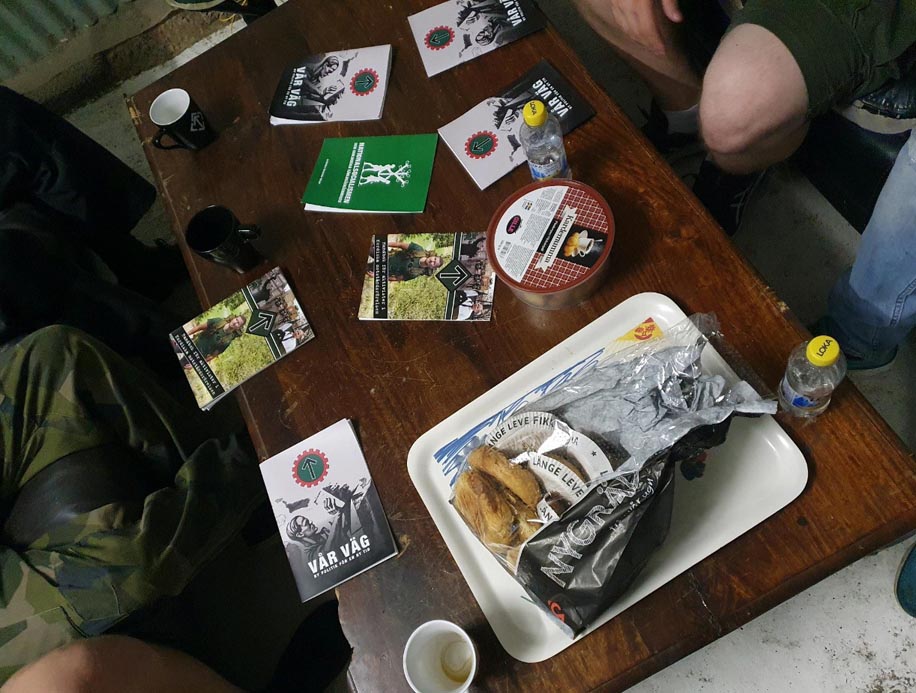 Members of Activist Group 201 met in Gothenburg on 6 August for the week’s martial arts training. They began with a workout before moving on to punching techniques. The session concluded with sparring.

Members put up stickers in Gävle Municipality on 2 August. The activity passed without problems.

Activists distributed leaflets and put up stickers in Ludvika Municipality on 2 August. 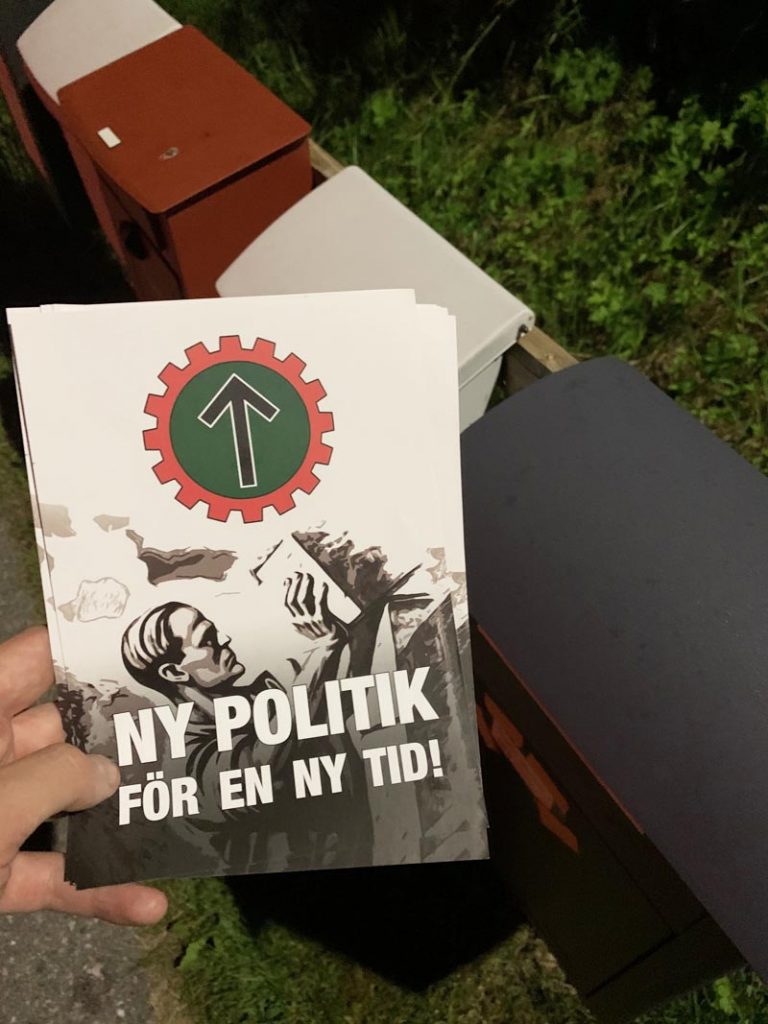 Posters were placed in Habo on 31 July. 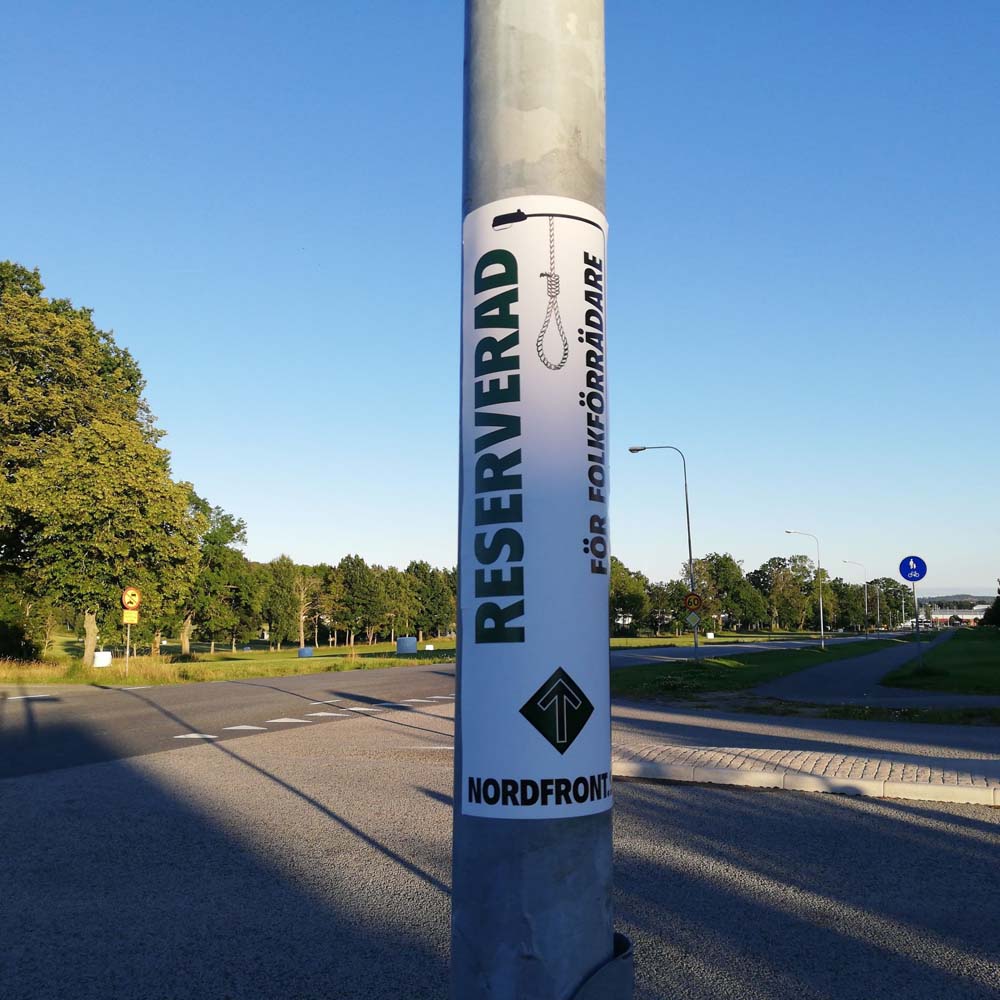 Comrades met in Tranemo on 4 August to allocate propaganda and produce banners and placards.

Nearly 300 leaflets were delivered to houses in Gothenburg on 4 August. As usual, the response was good.

The Resistance Movement distributed leaflets and put up stickers in and around Svedala Municipality.

Nest 1 placed a large number of stickers in central Halden.

Nest 3 members visited Straume, near Bergen, and delivered hundreds of leaflets to postboxes.

Posters in Sandnes and Ganddal

A large number of White Lives Matter posters were placed in bus stops between central Sandnes and Ganddal.

Activists gave out leaflets in Visborg.

Leaflets and stickers in Roskilde

Activists from Nest 1 put up posters in Horsens.