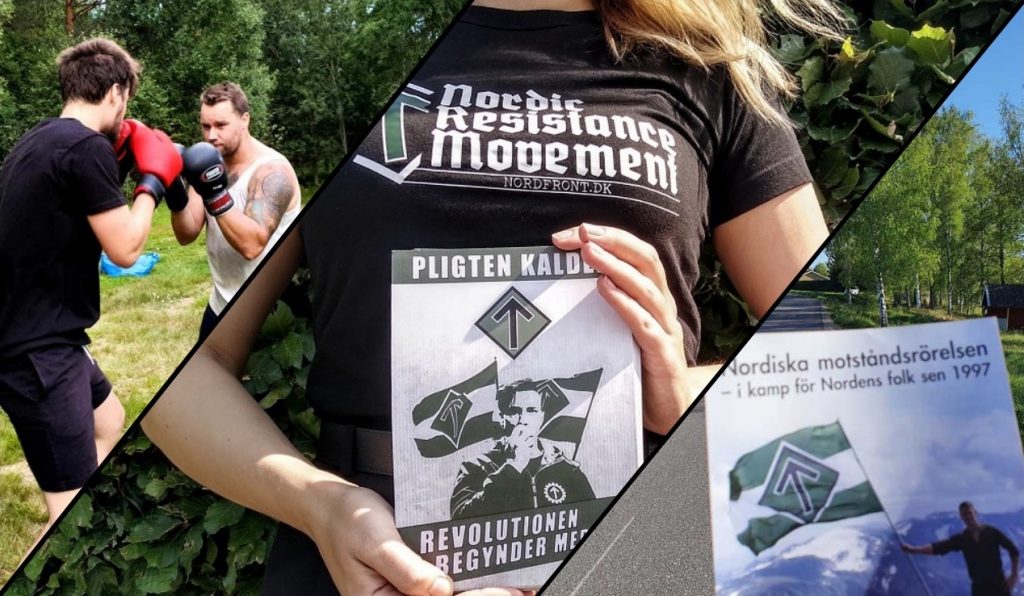 Action against the homo lobby in Borås Municipality

On 6 August members put up banners and specially made posters and gave out specially produced leaflets to inform people about RFSL’s sordid history, which is filled with sexual crimes and prominent paedophiles. The activity went well, and no incidents occurred.

Evening of activism in Ludvika

On 8 August, activists from the organisation’s fifth Nest, together with a guest activist from another nest, spread propaganda in the form of stickers, leaflets, placards, lamppost posters and banners.

The activity began in the evening and concluded late at night after many enjoyable hours in the company of good comrades. Almost 24 hours later, a very visible banner was still in place along national road 50 and will have potentially been seen by thousands of drivers.

Members from Nest 5 were out leafleting in the countryside on 8 August. A cycling trip in the Utsund/Folkärna area resulted in a couple of hundred houses receiving wholesome material in their postboxes. 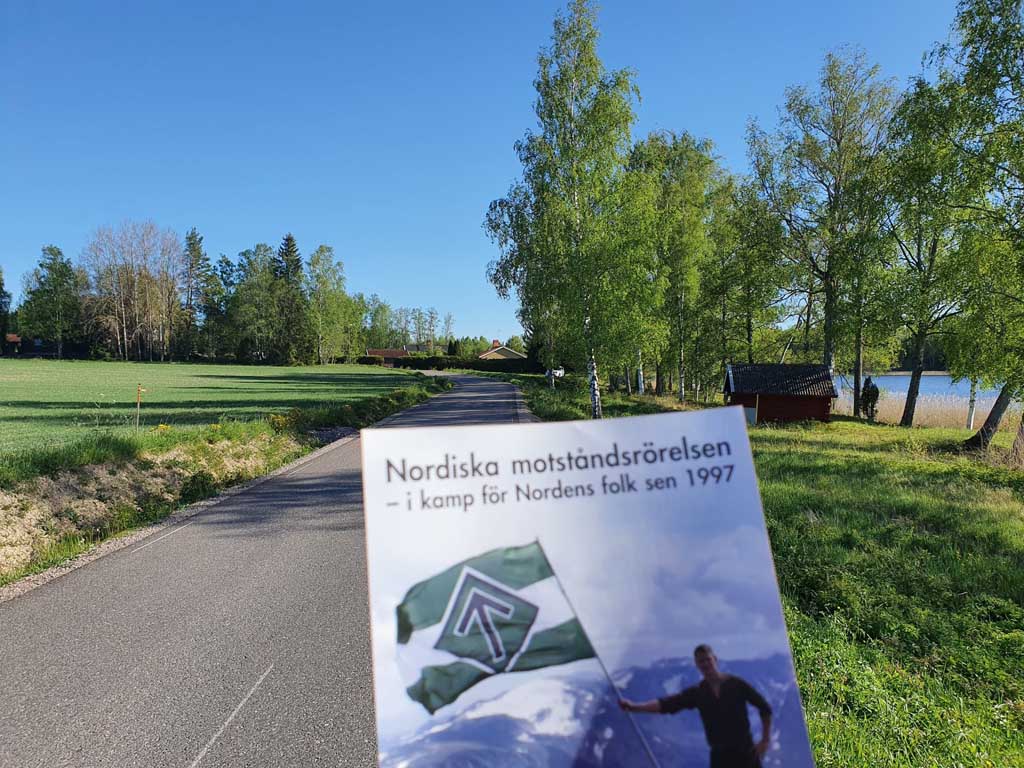 A number of leaflets and posters were created for distribution on 10 August. The material will adorn towns in the local area in the near future.

Hundreds of stickers were placed in central Linköping at the weekend. 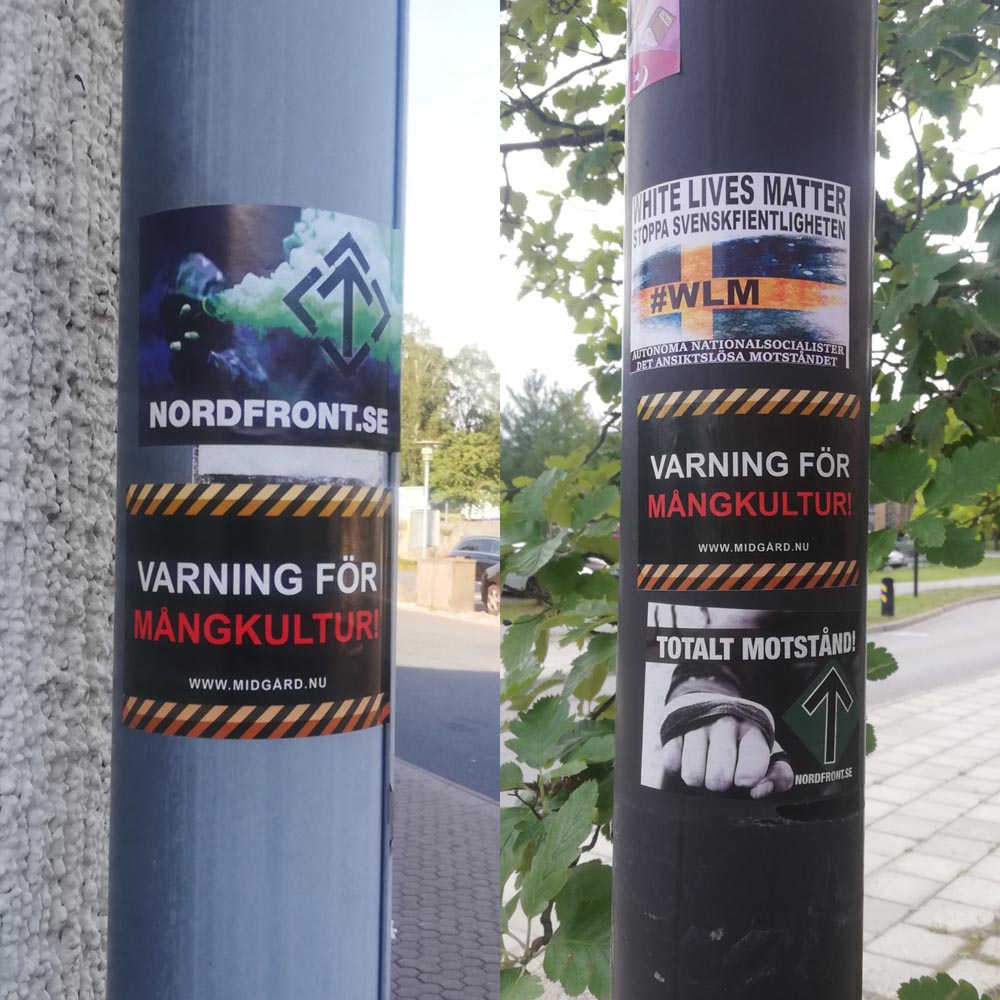 A large number of stickers were placed in Borås throughout the week.

Nest 7 conducted a confetti shower in central Jönköping. The confetti consisted of cordon tape with a National Socialist message that had been cut into pieces.

The group spread the confetti from atop a multistorey car park and let the wind spread it along nearby streets and parks. 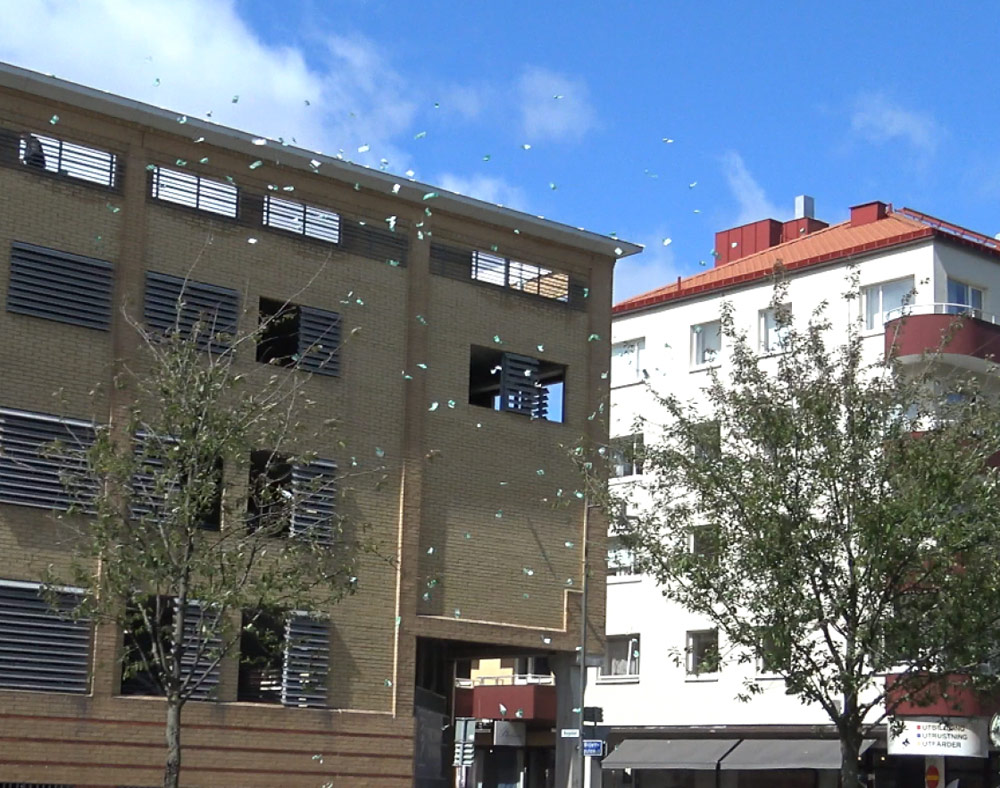 Members from Nest 8 went to Hovsta for a leaflet distribution on 13 August. Approximately 700 leaflets were delivered. 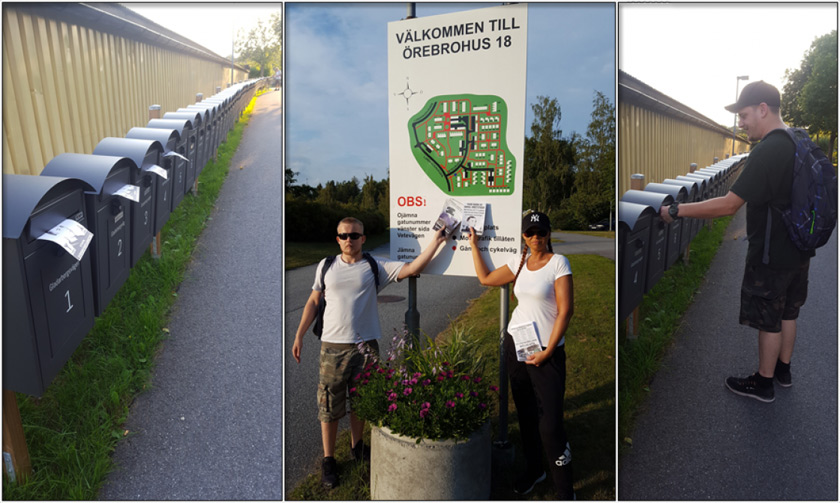 Activists gathered in Skåne during the week to train together. Some of the disciplines practised were 2v1, 1v1 and wrestling. Despite the scorching heat, the session was effective and the Resistance men’s performance was top notch – so much so that a rib was fractured after a hard and well-placed blow. 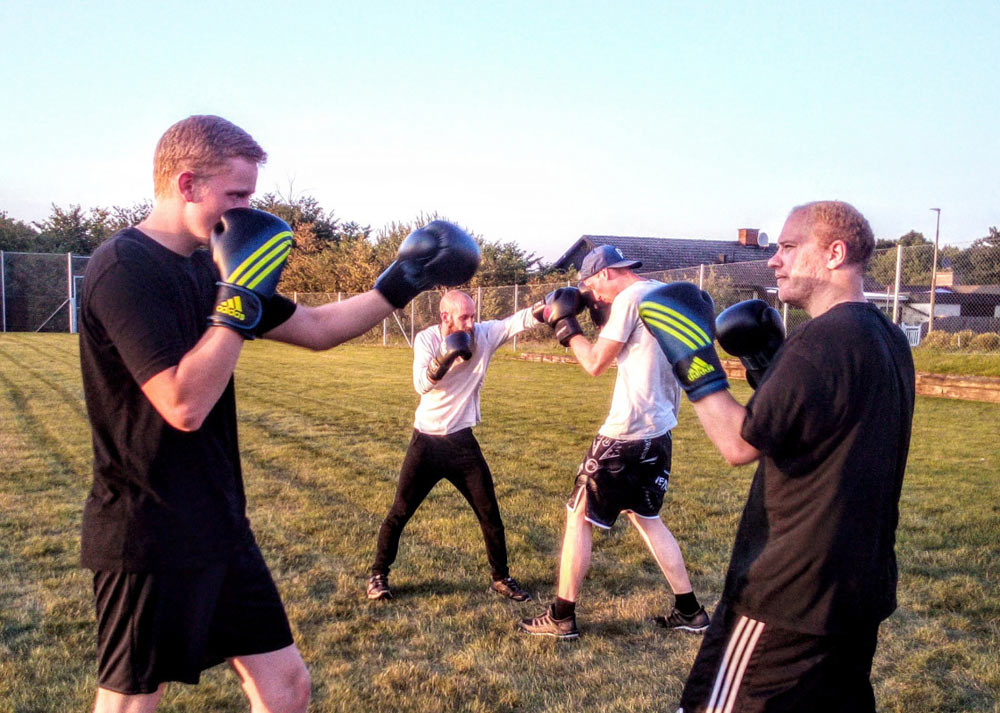 On Friday 14 August the struggle for a better society continued in Luleå! A large number of stickers were placed in the Örnäset area and its surroundings. The activity was in response to the Reds’ specially produced anti-Nordic Resistance Movement stickers. 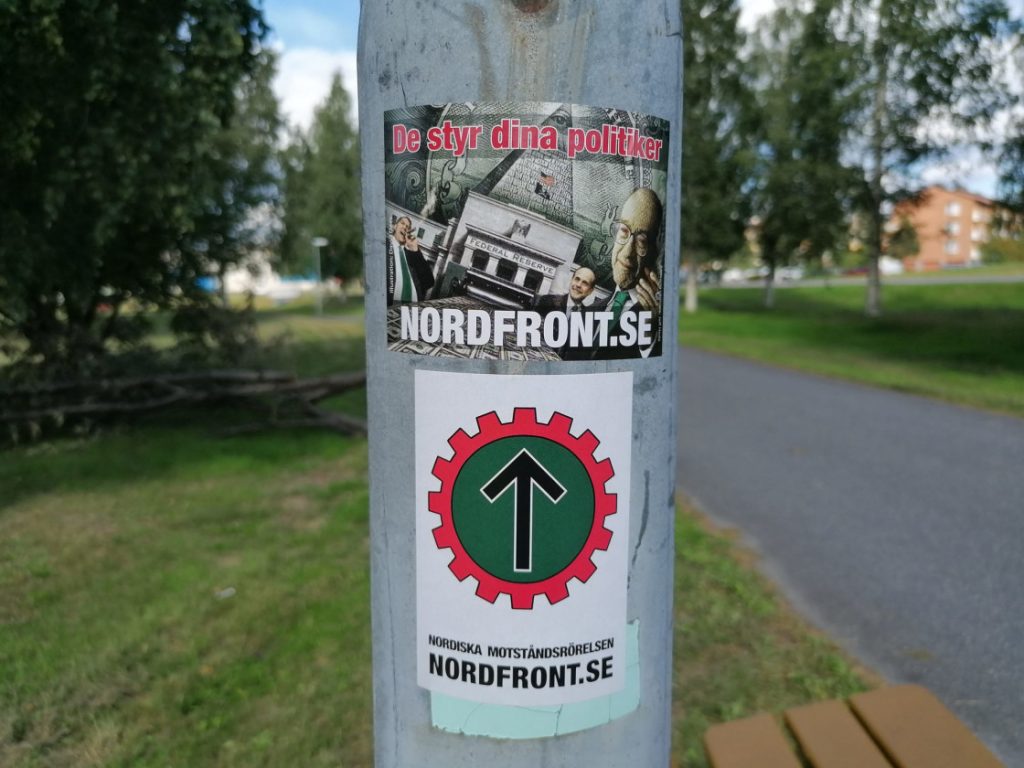 Members of Nest 5’s Activist Group met to train in martial arts on 14 August. They continued to refine their punching techniques and combos before putting them to the test by sparring. Sweaty and in high spirits, the comrades agreed that it had been a good training session.

Member Group 2 from Nest 5 met in Råtorp in Karlstad on 15 August to deliver leaflets. Five hundred leaflets were efficiently distributed in the area, with the group being divided into three smaller groups. 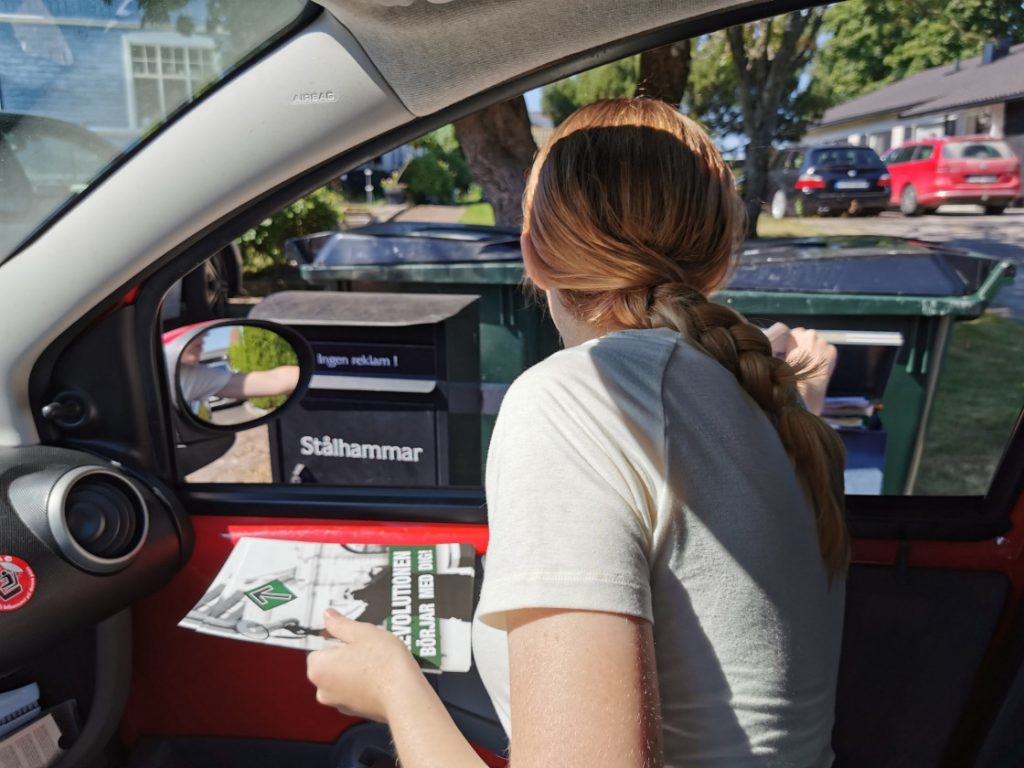 Nyhammar in Ludvika Municipality was enriched with leaflets and stickers on Saturday afternoon.

Over 50 White Lives Matter and anti-Pride posters were placed along the route between Varatun-Lura and Trones. No problems occurred during the activity.

A large number of posters were hung up in central Sandnes.

Activists delivered leaflets to residents in Frederikssund and placed stickers in the area.

A group of activists spread propaganda in Albertslund.

A group of Nest 2 activists conducted a large propaganda drive in Brøndby. 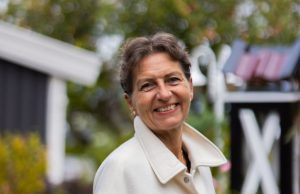