On Monday 31 August, members from Nest 8 walked through the splendid nature reserve of Oset and Rävgången.

Many stickers and posters were put up along the way, without any intervention from the public, who most likely thought it a refreshing sight to see Resistance men there.

There was plenty of sunshine, lots of birdlife and an incredible calmness that only nature can provide.

After several kilometres, the members came back to their starting point, where they thanked one another before returning home. 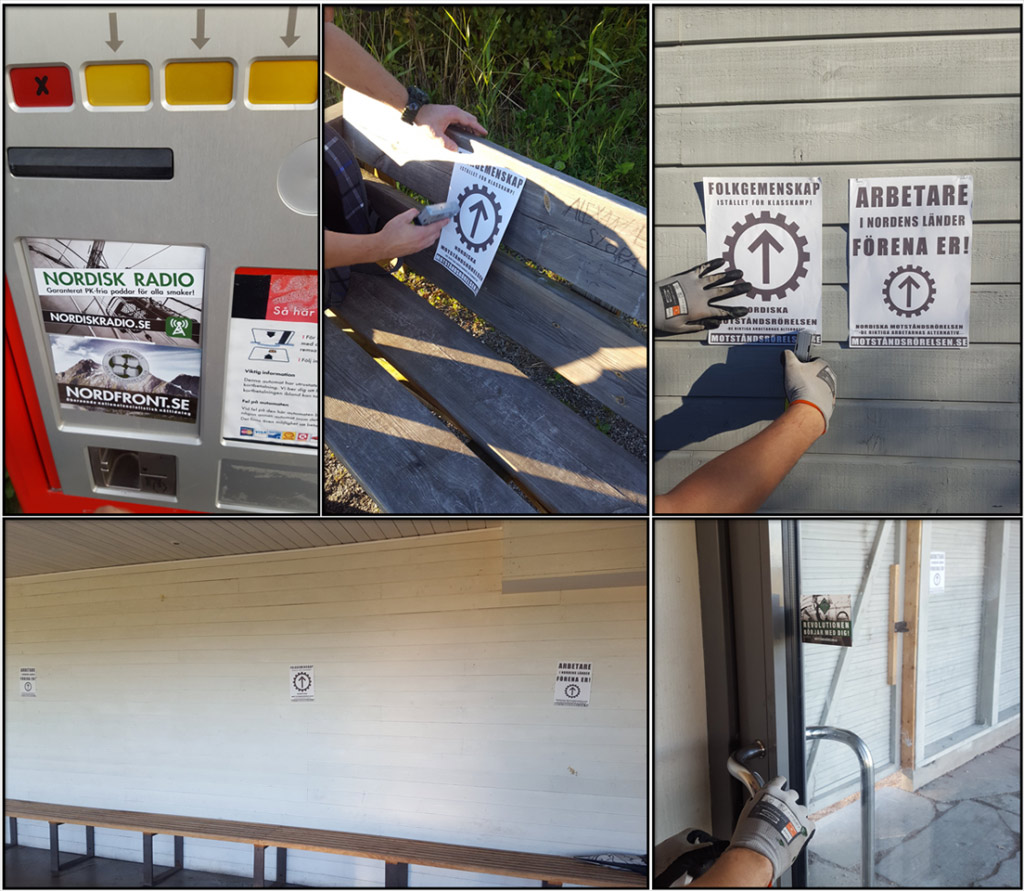 A healthy message was spread in Tranemo Municipality on an August evening, mainly in the areas around local schools.

Members from Nest 8 placed stickers and posters along various roads in Örebro Municipality on 30 August.

As several bus stops lacked something informative to read, they were decorated with propaganda so passengers had something to immerse themselves in while waiting for the bus.

Many walls, electrical boxes and other surfaces were chosen for the most visible effect. 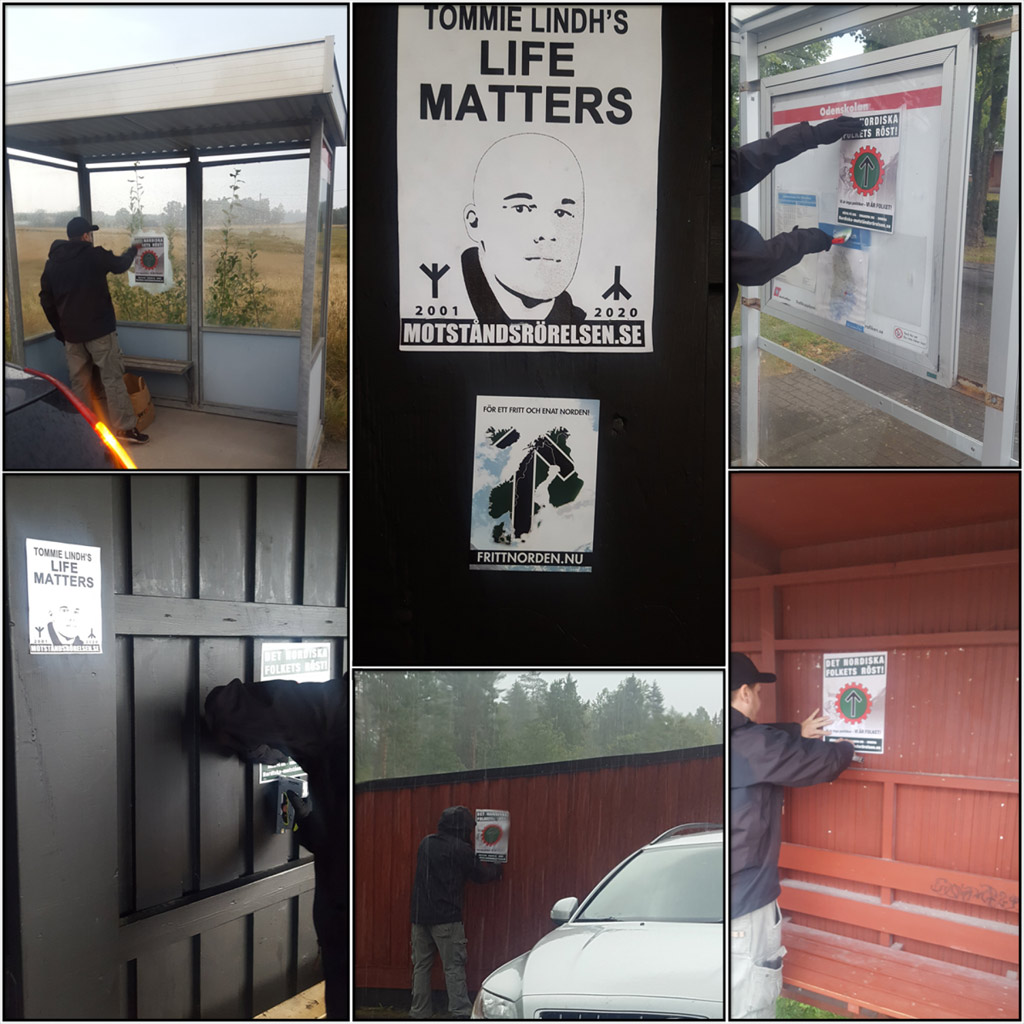 On Sunday 30 August, two sympathisers spent the evening delivering leaflets in the village of Dals Rostock in Mellerud Municipality. 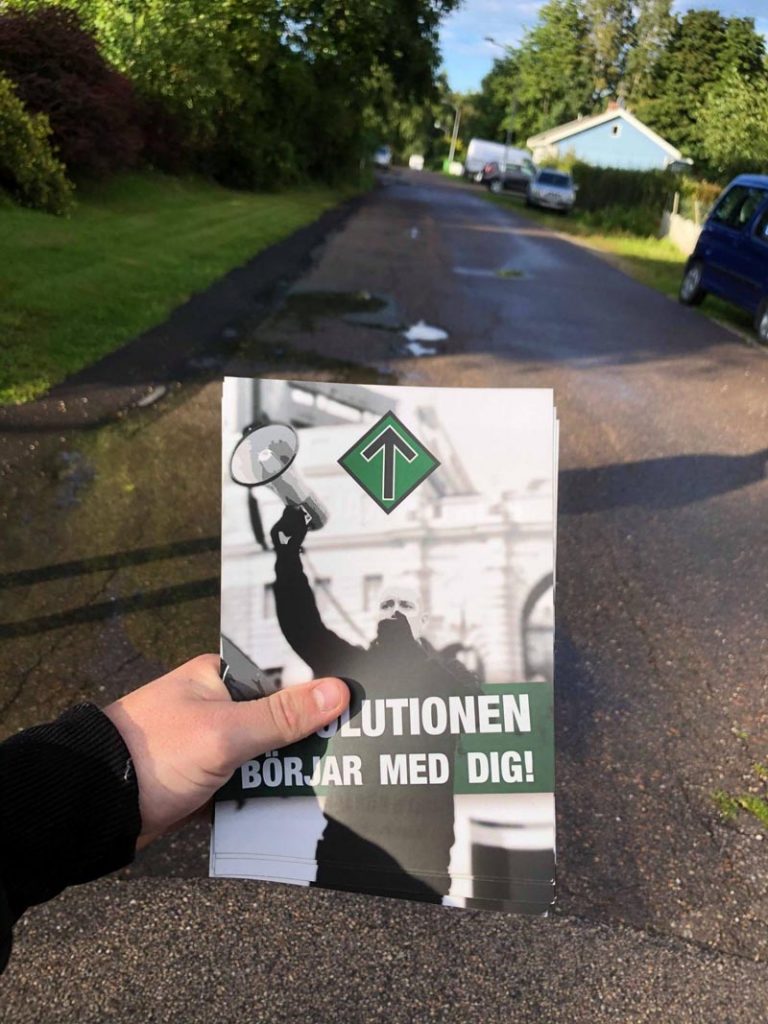 Stickers were placed in Borås on the afternoon of 3 September, while hostile propaganda was removed.

Lena Hansson is one of Sweden’s worst online haters. She has harassed people with what she deems the “wrong opinions”, day in day out on the internet for years. She also encourages violence against dissidents. We regarded it as extremely important to warn people in her area of this hatred of free speech. As such, a specially designed leaflet was delivered to her neighbours by Activist Group 201 on Monday 31 August.

Members of Activist Group 201 met in Gothenburg on Sunday morning to train in martial arts. This time they mostly practised wrestling. They began by going through certain holds that are common in the sport before wrestling 1v1 and then 2v2. Afterwards they donned boxing gloves and practised sparring. 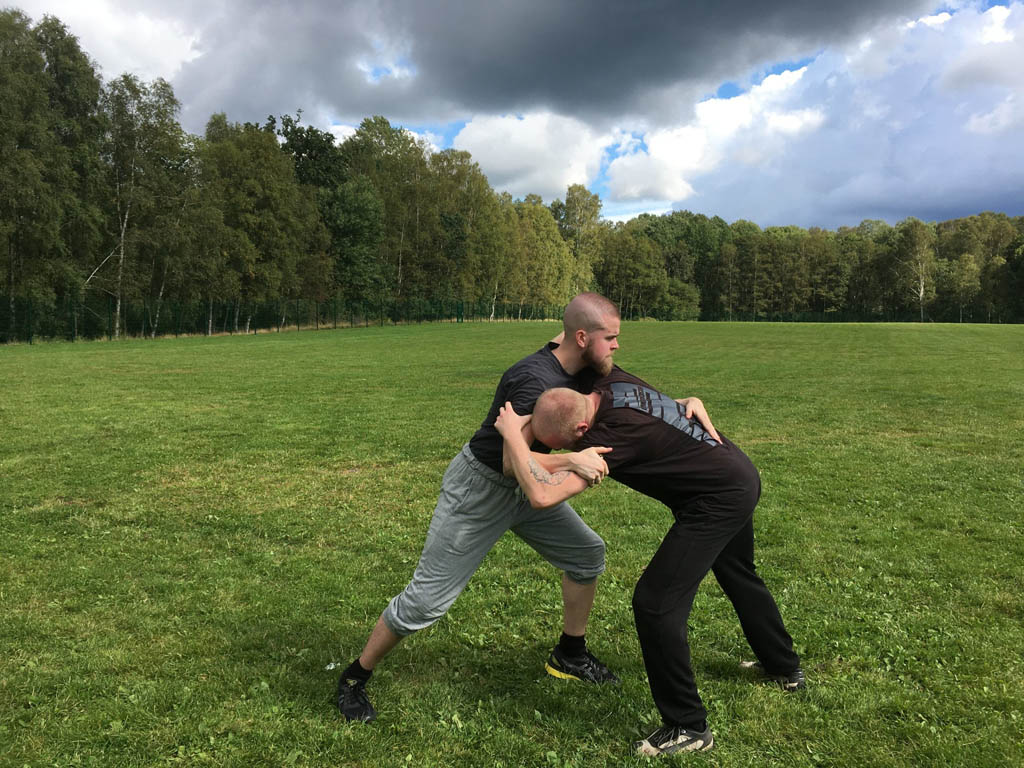 On Thursday 3 September is was once again time for basic activism in Gothenburg. This time 150 leaflets were delivered and a number of stickers were placed in appropriate locations. 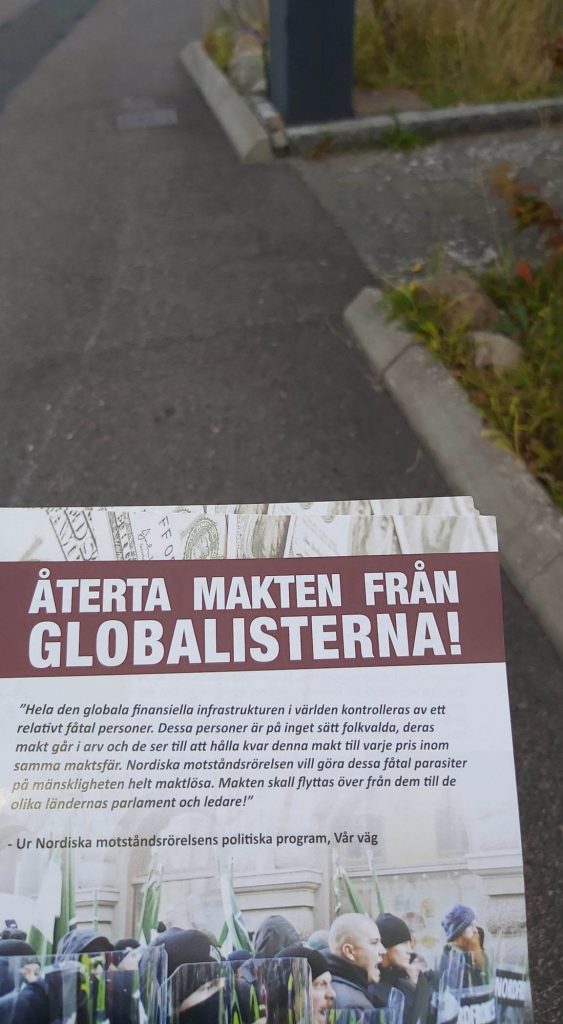 A large amount of propaganda was spread in central parts of Linköping on Wednesday 2 September. 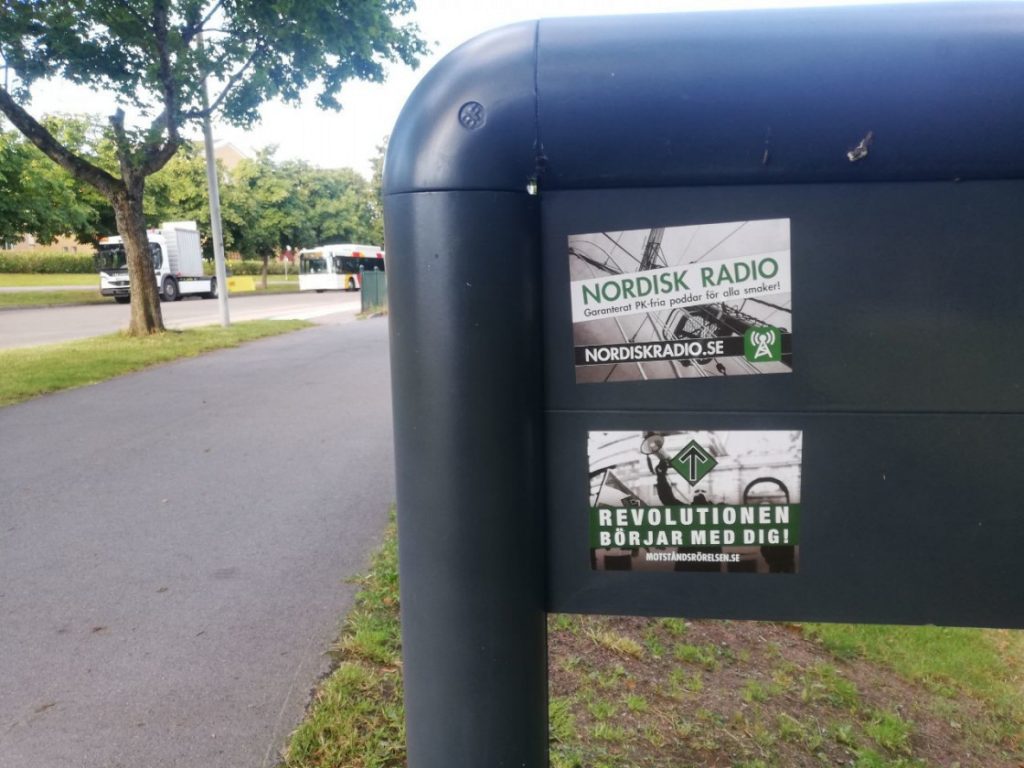 Stickers and clean-up in Sandvika

Members from Nest 1 recently put up stickers and removed hostile propaganda in Sandvika.

After the comrades finished the activity, they were stopped by a woman who wanted to know more about National Socialism. The day was subsequently concluded with a good meal outdoors.

Members from Activist Group 302 hiked up the Stoltzen route and down Munkebotn in the mountains around Bergen.

Leaflets, posters and stickers in Klokkerholm

A large number of leaflets were distributed in Klokkerholm, and posters and stickers were put up.

Nordic Resistance Movement stickers and leaflets were spread in Hadsund.

Posters and stickers were put up along paths in Dronninglund Forest, as well as at rest areas in the vicinity.