A leaflet distribution was held in the village of Ekenässjön, Vetlanda Municipality, on 16 September. In the windy autumn weather, comrades walked through the streets to share the Resistance Movement’s message with residents. The activity passed without problems and distractions. 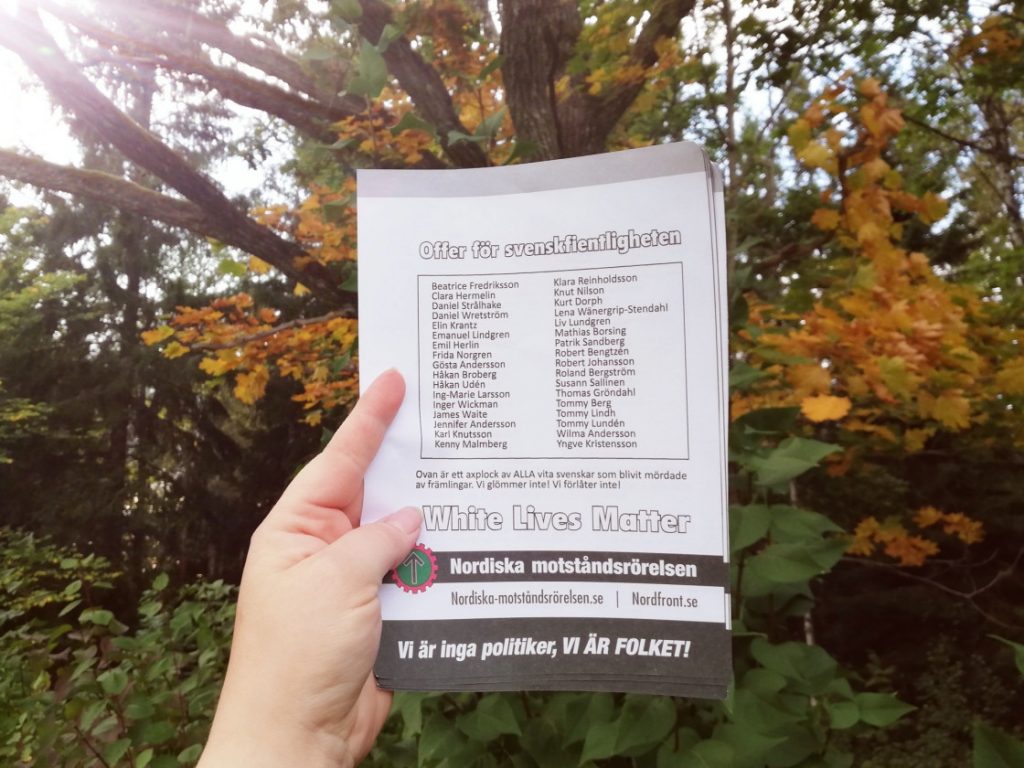 Members and sympathisers met in Eskilstuna on 3 September for a study circle focusing on the book “Race – The Decisive Factor”. Lively and productive discussions arose around the topic. The evening was very successful, and more similar activities will follow. 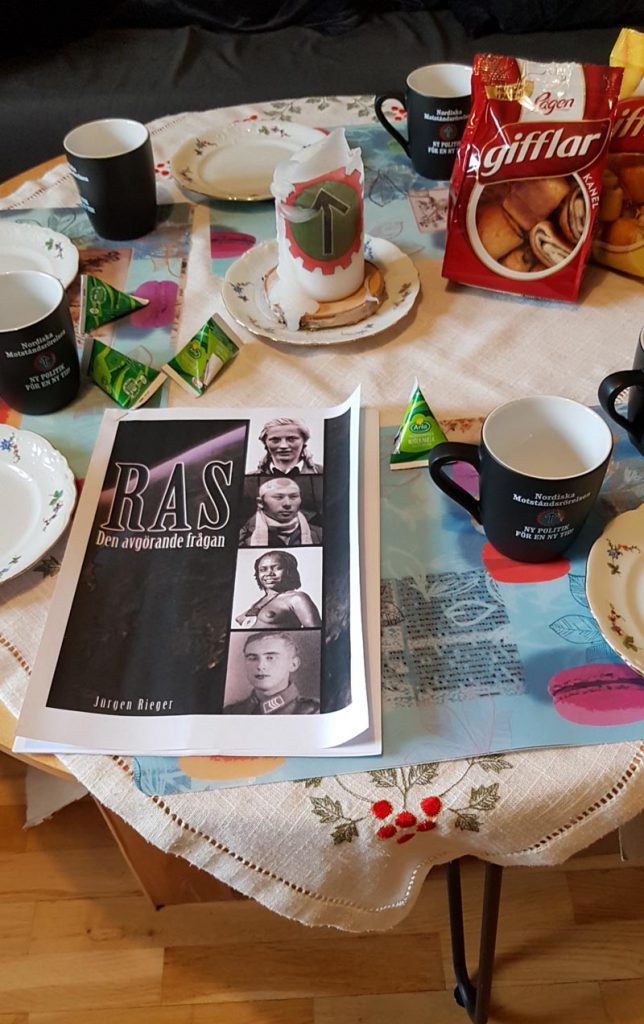 Early on Thursday morning, members from Nest 7 delivered leaflets in the village of Smålandsstenar. The leaflets highlighted some of the White Swedes who have fallen victim to multiculturalism. 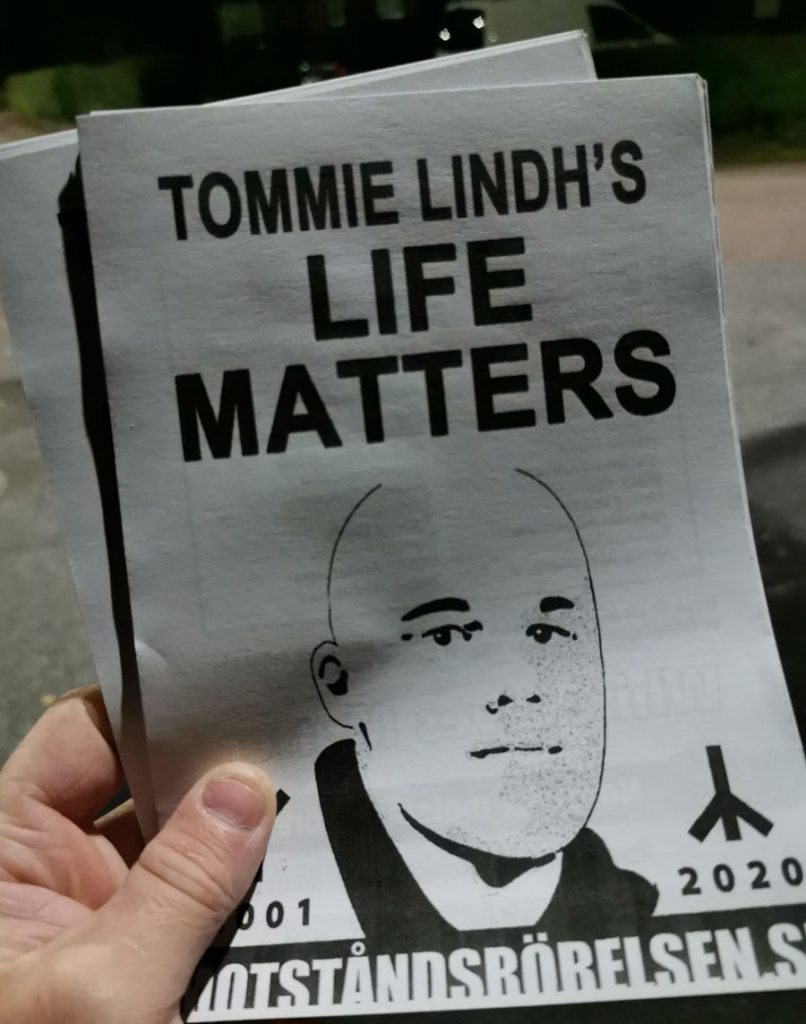 On the morning of 15 September, members of Nest 7 informed the people of Vetlanda of the globalists’ restrictions on freedom of speech. The activity involved delivering leaflets to the many rows of apartments in central Vetlanda. 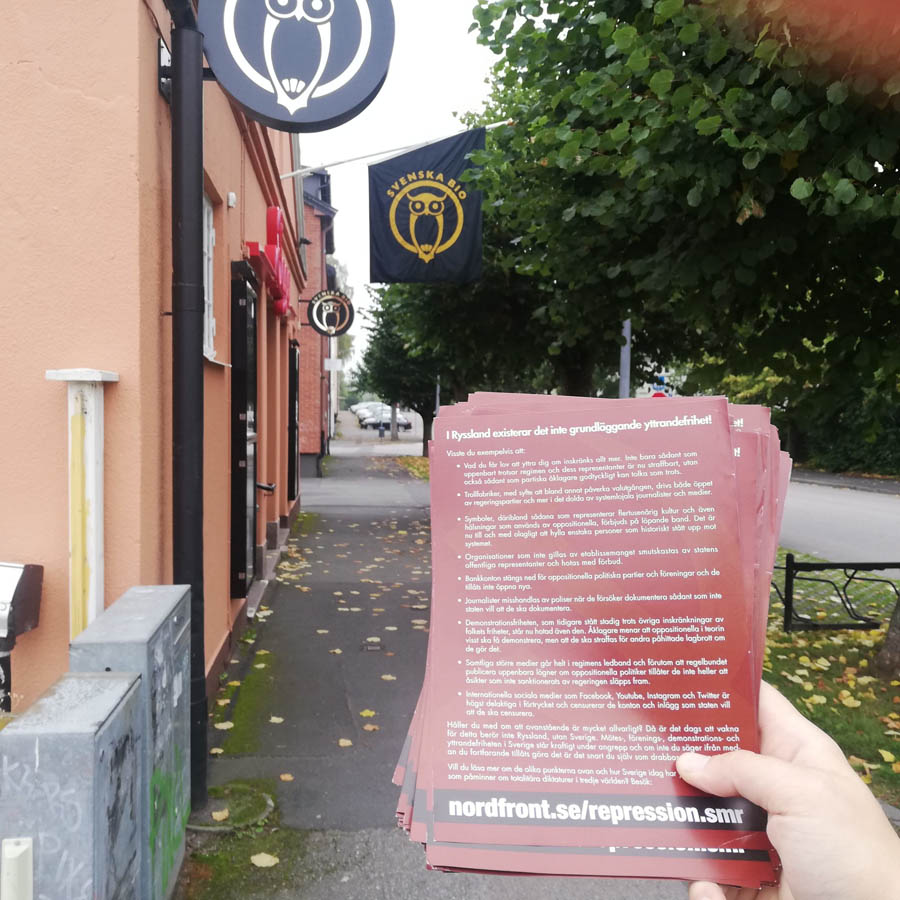 On Monday morning, the Resistance Movement was once again in Vellinge Municipality to deliver leaflets and put up stickers. 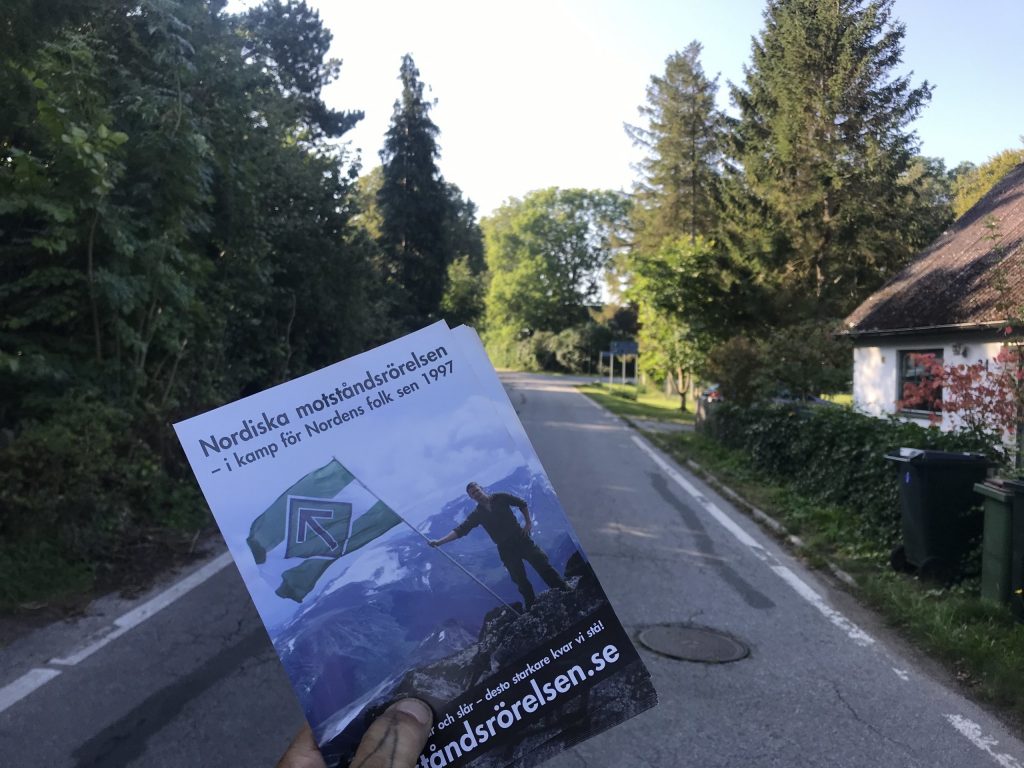 It was time to spread information in Gothenburg again on Monday. Leaflets were delivered to houses and handed to pedestrians. 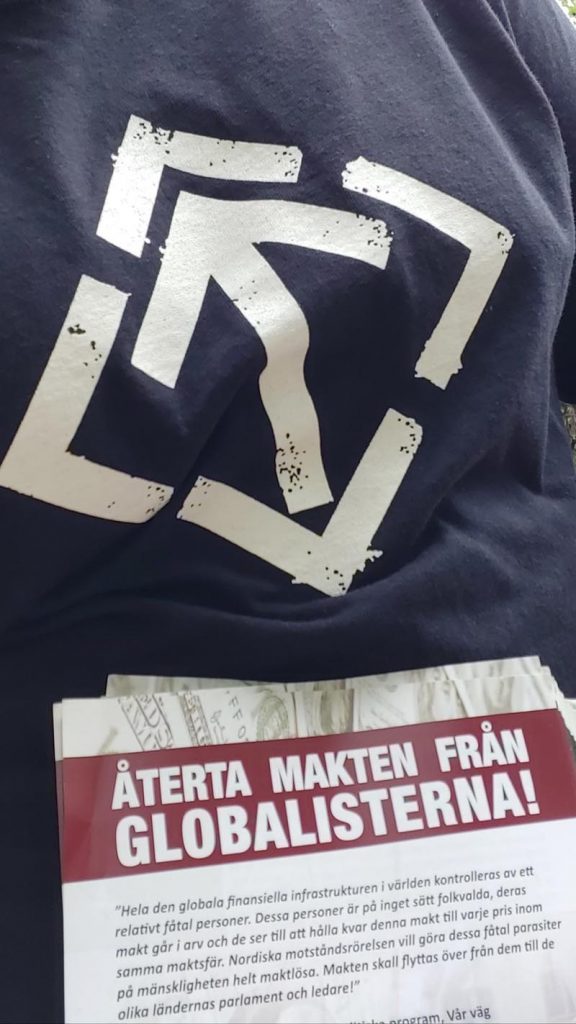 Stickers were placed in Göta, Borås Municipality, on the evening of 19 September.

Comrades met to refill their inventory of placards on 17 September. Cardboard boxes were cut into smaller pieces and glued to posters.

Members from Nest 5 delivered leaflets in Vålberg, south of Karlstad, on 16 September. 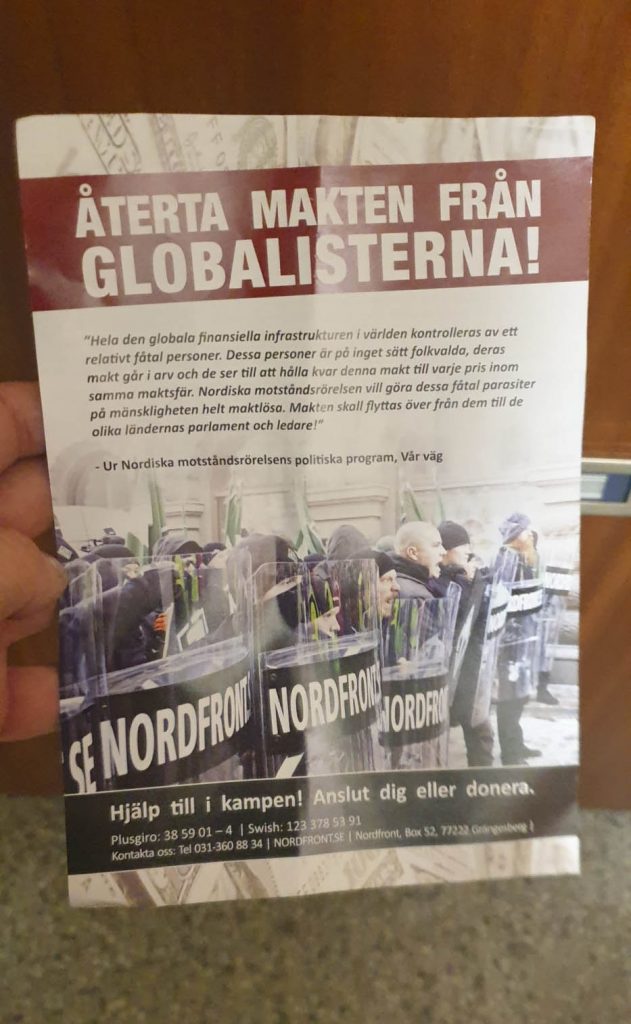 Members and activists from Nest 1 recently visited Moss, where a large number of leaflets were delivered to postboxes.

Basic activism in Bryne and Klepp

Nest 6 report that a number of Resistance Movement posters were hung up in both central Bryne and Klepp.

Activists placed stickers and posters in Brøndby Municipality on the border of Glostrup Municipality.