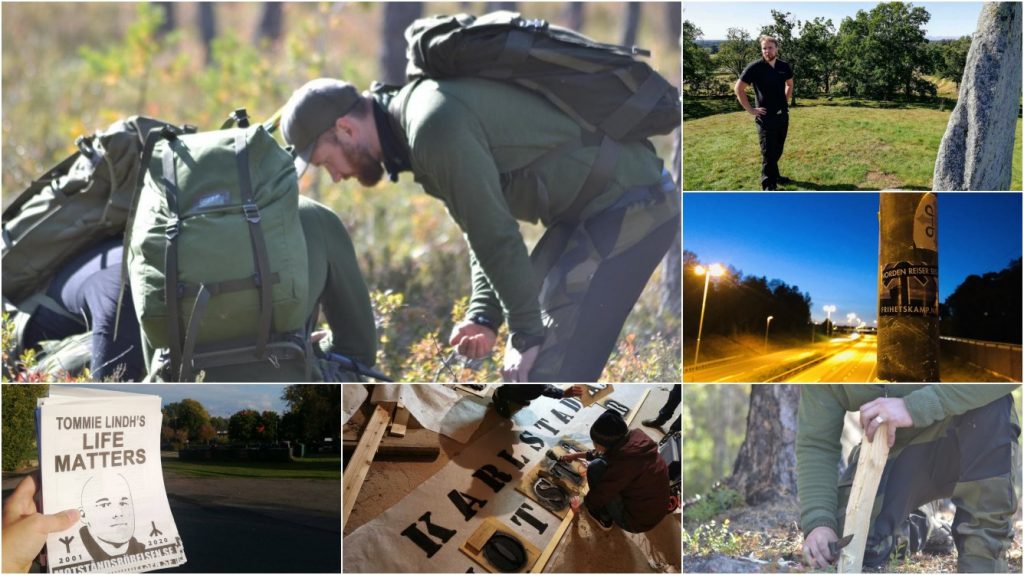 Leaflets detailing some of the Swedish victims of multiculturalism were delivered in Landsbro by members of Nest 7 on 24 September. 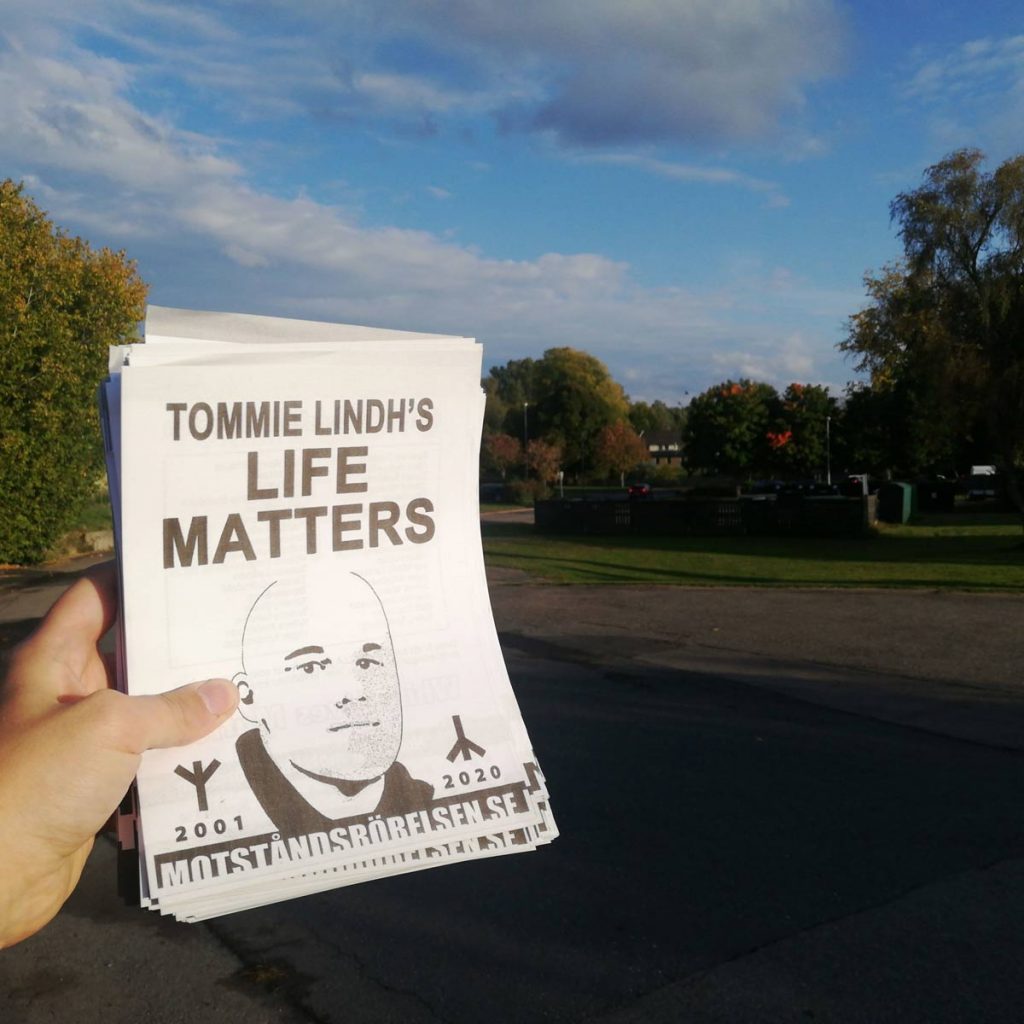 Activists went for a day trip in the wilderness in an area in Ludvika Municipality on 19 September. The activity included the following tasks:

The whole trip lasted about seven hours, and the men hiked for approximately six miles through forests and fields.

Members from Nest 8 met for a leafleting session on a September evening and delivered just over 600 leaflets.

When nighttime arrived, the leaflets were exchanged for posters and stickers. The members then went on a long walk through central parts of Örebro and decorated it with propaganda.

A hundred stickers were placed in central Linköping on Saturday 19 September. 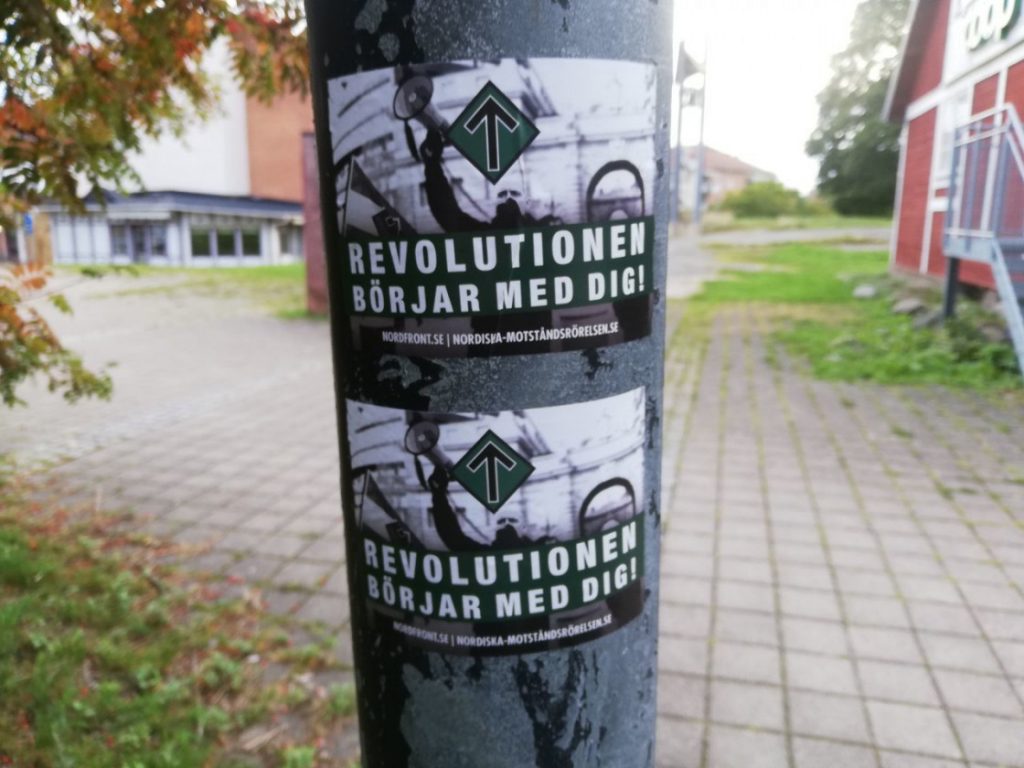 Members were out in the countryside outside Vetlanda on Friday 18 September to deliver leaflets in the villages of Hällinge and Naglarp. 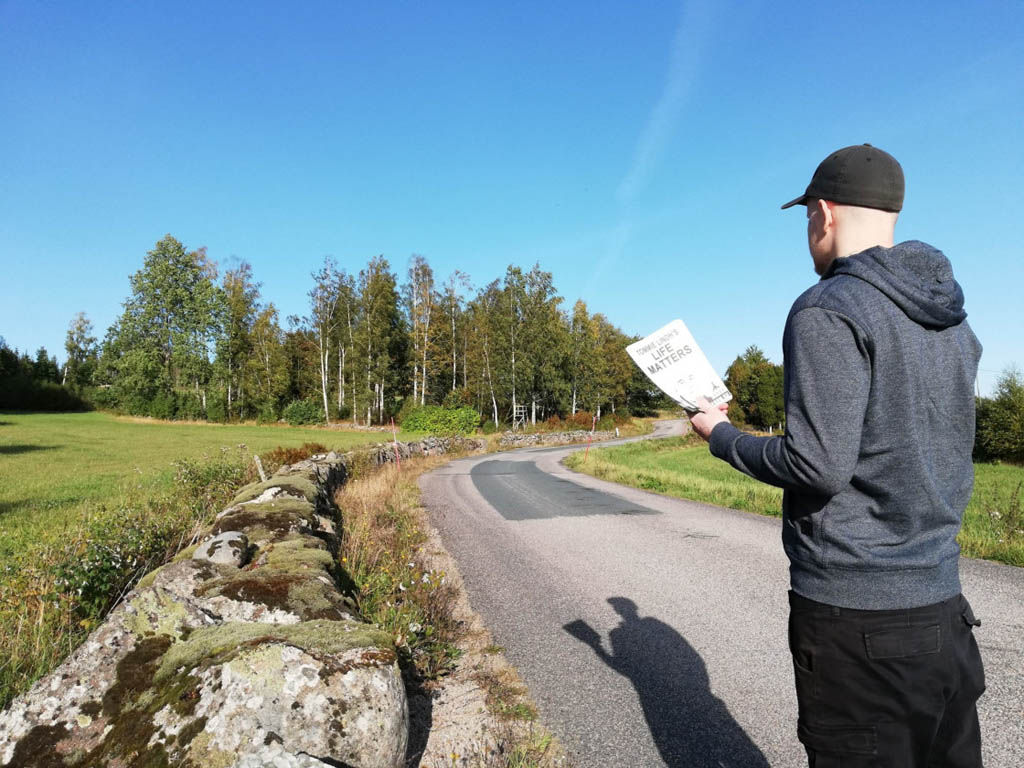 Activism continued on “Tyrsday” in Vansbro Municipality. Posters were spread in and around Vansbro, and a large number of leaflets about the scum of the earth (the globalists) were delivered to residents.

Excursion and basic activism in Ingelstad

Members of Nest 7 went on an excursion to an historic site in Ingelstad, Växjö Municipality, on Saturday 19 September.

Ingelinge Mound is part of a grave-field from the Iron Age. The highest grave on the site, Ingelinge Mound is 6m high and 35m in diameter and has been dated to somewhere between 500 and 600 AD. On top of the mound there is an upright triangular stone and a round ornamented gravestone. The area has been the site of finds such as brooches from the Viking Age and a sword from the Bronze Age.

The group visited the location to be inspired by our forefathers’ history and to socialise with comrades. The icing on the cake was provided by the beautiful weather. The group also took the opportunity to have a fika at the site and talk together.

When their energy reserves had been refilled, the men went to deliver leaflets in Ingelstad in glorious sunshine.

Member Group 2 from Nest 5 produced banners encouraging the local people from various towns to join the Resistance Movement. The members’ hard work was rewarded with good food and comradeship.

The people of Anderstorp in Gislaved Municipality were informed about the victims of anti-Swedish policies and encouraged to join the struggle for our people. 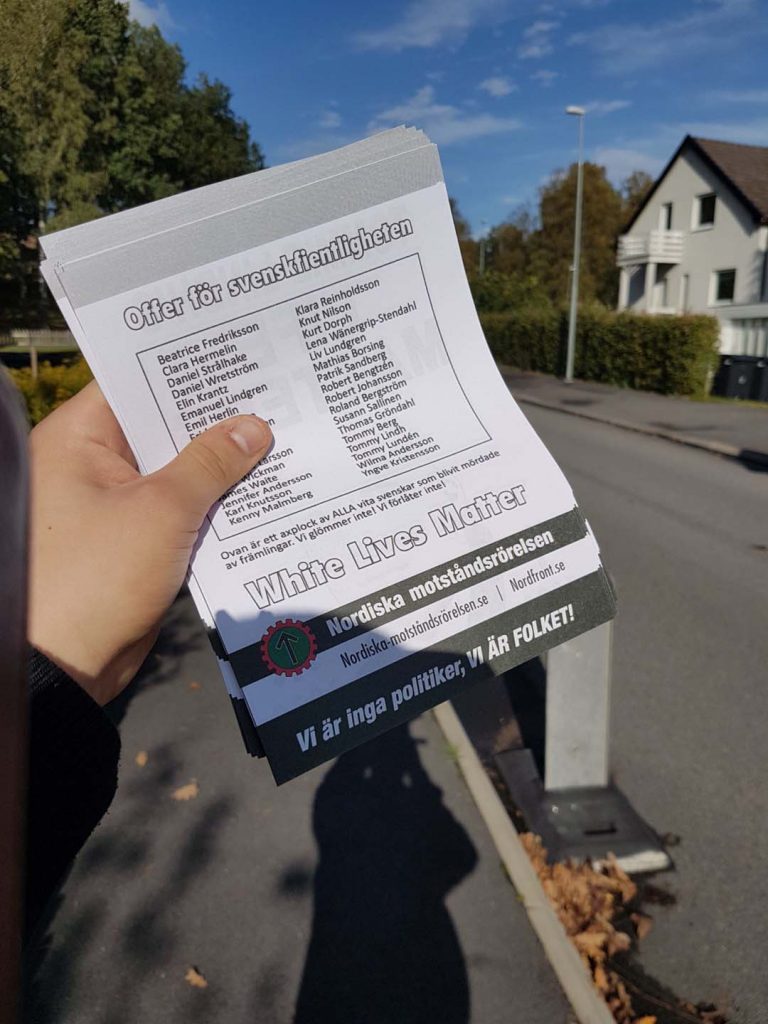 Leaflets were delivered by Nest 7 in Kulltorp, Gnosjö Municipality, on 24 September. The leaflets informed people about Tommie Lindh’s heroism, as well as other victims of multiculturalism in Sweden. 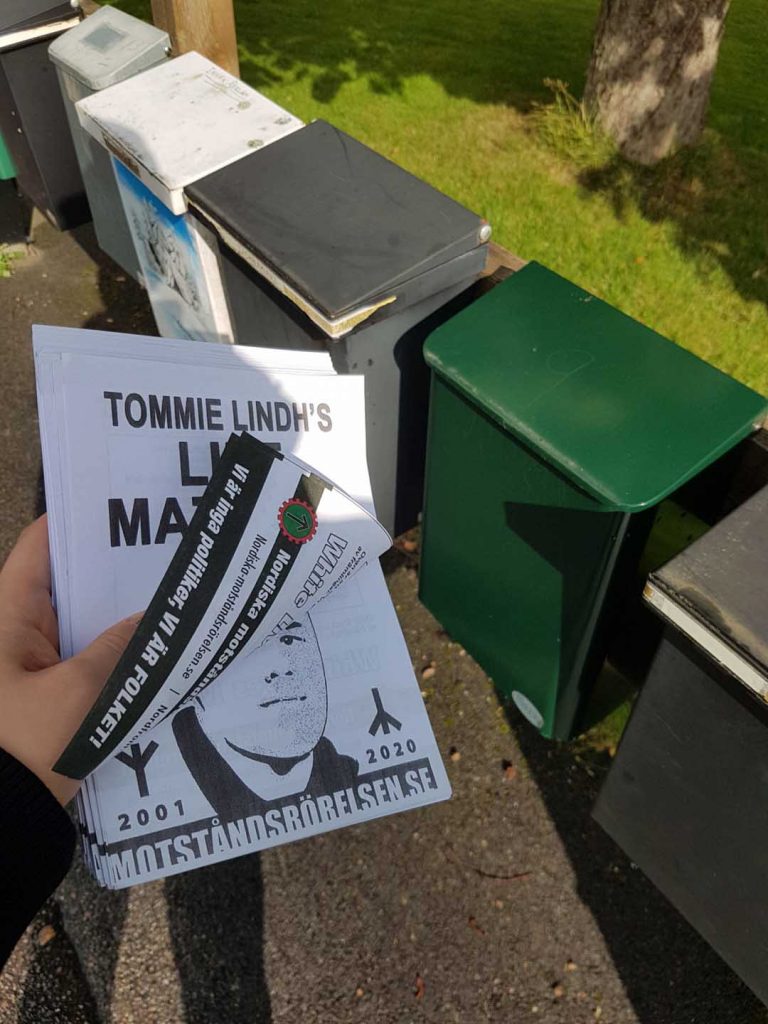 Early on Thursday morning, members of Nest 7 informed the people of Lammhult about anti-Swedish politics and some of the Swedes who have fallen victim to multiculturalism.

The Resistance Movement went out in the beautiful autumn weather and delivered leaflets, put up posters and placed stickers in Vansbro Municipality.

Resistance Movement stickers were placed in Valdresflya in Jotunheimen.

Nest 6 put up posters in central locations in Forus, Stavanger.

Nordic Resistance Movement posters and stickers were placed in Horsens.

Propaganda was spread in Pajhede Forest and surrounding recreational areas.

A group of activists placed stickers in Aarhus and removed hostile propaganda.