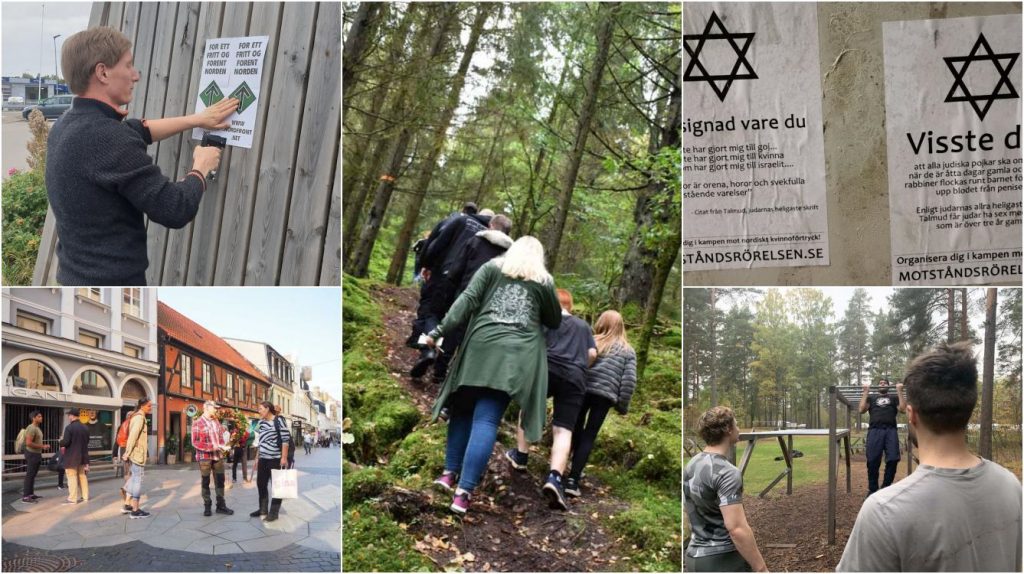 Specially produced leaflets were distributed to the people in Helsingborg on Sunday 27 September. The information in the leaflets came as a shock to some, while others agreed with the Resistance Movement that we must oppose Zionism. Several people also stopped to talk with the activists. The police were called to the scene, but they soon left after having ascertained that everything was calm.

On Saturday 26 September, it was time for one of Nest 2’s best family activities – the annual quiz walk. This time it was held north of Gothenburg, in Kungälv’s beautiful nature reserve of Fontin. Although the weather was changeable in the morning, there were both sunny and fair spells throughout large parts of the activity.

Families, activists and members gathered at the location to compete for the excellent prizes, which had been donated by the Midgård web shop.

After they were divided into several teams, it was time to begin. Along the path there were questions for both children and adults, some a little trickier than others. Once the teams reached their destination, delicious prime rib hamburgers and drink awaited them.

After the winning team had been announced, everyone spent time together to discuss both light-hearted and serious matters. The sympathisers got to know the activists, and the children got to know one another.

At the end of the activity, there was a great sense of joy and peace at having spent the day with comrades and their families.

Training and activism in Nest 5

Nest 5’s Activist Group met on 3 October to train and spread propaganda. They began with martial arts and finished with strength training. Afterwards they went out into the villages to deliver leaflets. The activity went well and everyone is looking forward to the next one.

On Sunday 27 September, Nest 7 held a leaflet distribution in Växjö to inform people about the Jewish holiday Yom Kippur and the Jews’ traditions, such as rabbis sucking blood from newborn boys’ penises.

After a while, the Jews’ lackeys showed up in an attempt to stop people learning about their perverse customs. The Resistance men were detained and searched after the activity, but were soon allowed to go free when the disappointed police couldn’t find any bombs or other dangerous objects.

All in all, the day was very successful.

Nest 7 had their monthly meeting on Saturday 26 September. They gathered in the morning and ate some breakfast before holding the meeting. After the meeting, everyone enjoyed an excellent meal of spaghetti bolognese. 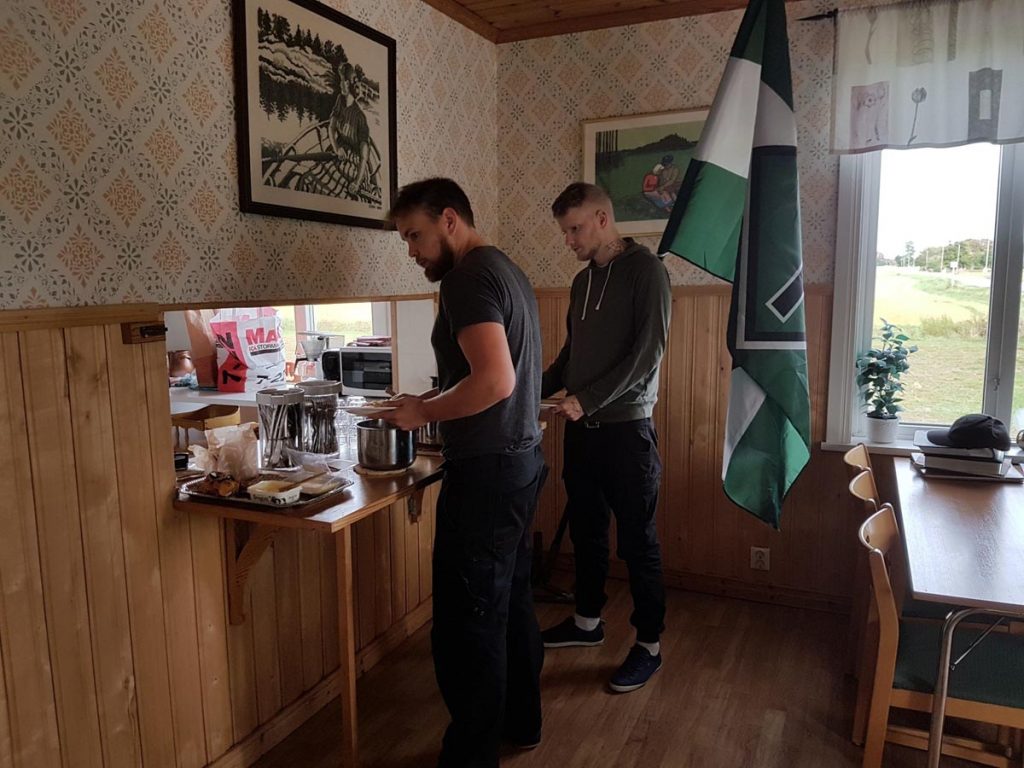 On the morning of Tuesday 29 September, comrades from Nest 7 gathered for a social meeting in the National Socialist spirit. The group conversed, drank coffee and walked in the bright sunshine. One topic of discussion was what motivates the comrades in life as National Socialists and activists, as well as how you can continuously work on self-improvement. As a member of the Nordic Resistance Movement, you have a real chance to develop, and that is something that is motivational in itself – to see how people become better year after year. 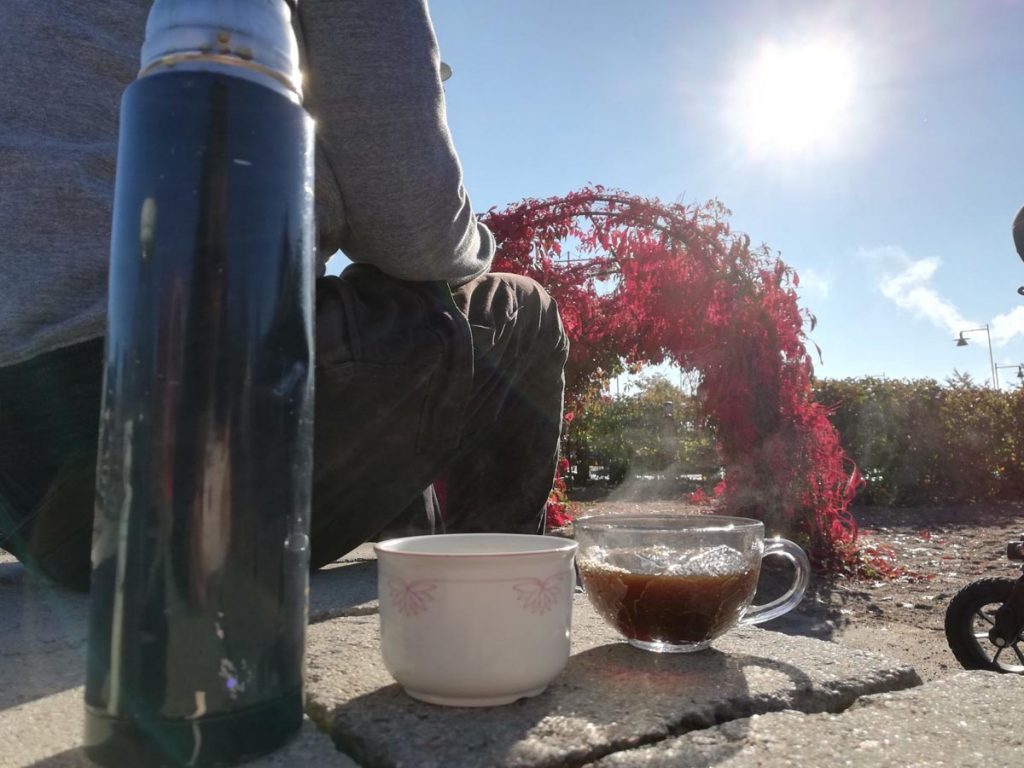 Week 40 began in the best possible way when posters relating to the Jews’ holiday of Yom Kippur were spread early on Monday morning. 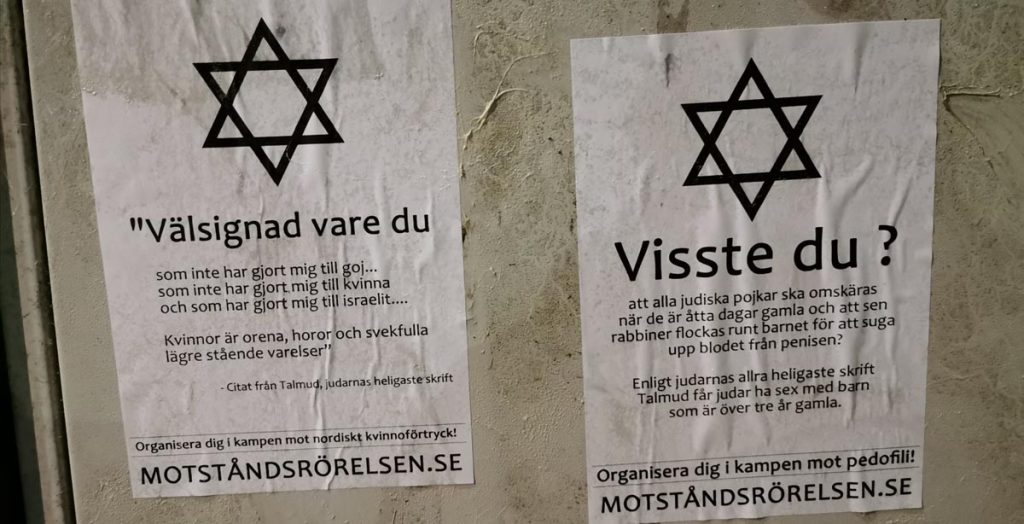 Specially produced leaflets were delivered in the Klintbacken area of Luleå on Yom Kippur, 27 September. The leaflets informed residents about the Jewish religion and the fact that its purpose and goals are not positive for the Nordic people!

A large number of posters were placed in central Huskvarna on Yom Kippur to raise awareness about Jewish power and influence. 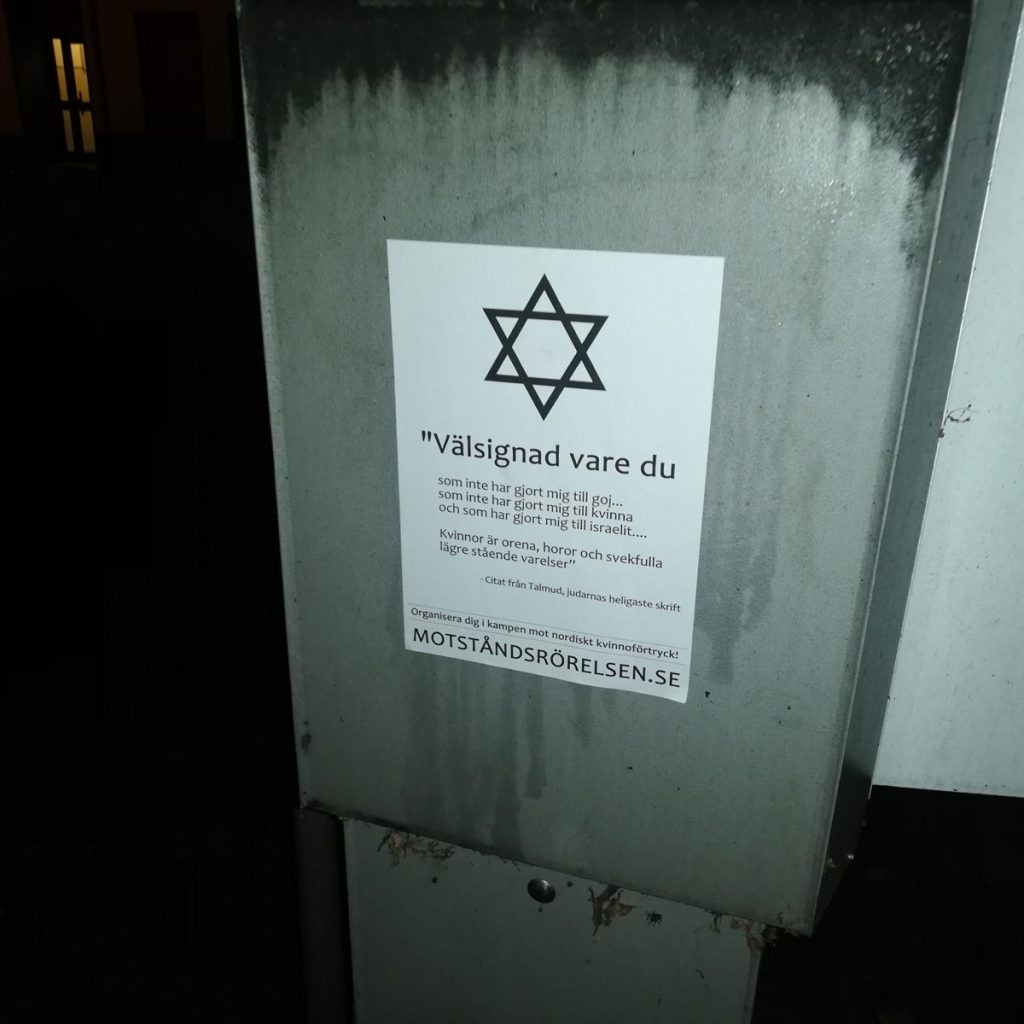 On the evening of 29 September, comrades and a supporter member were in Länghem to show what they think about the homo lobby group RFSL Sjuhärad brainwashing children in a local primary school. The entrance to the building was cordoned off, and posters and stickers were placed in the area.

As the Jews’ holiday of Yom Kippur coincided with the week’s group training on 27 September, Member Group 2 from Nest 5 took the opportunity to spread information in Karlstad about this strange celebration.

Three hundred leaflets were delivered before training, which began with boxing combinations and concluded with sparring. 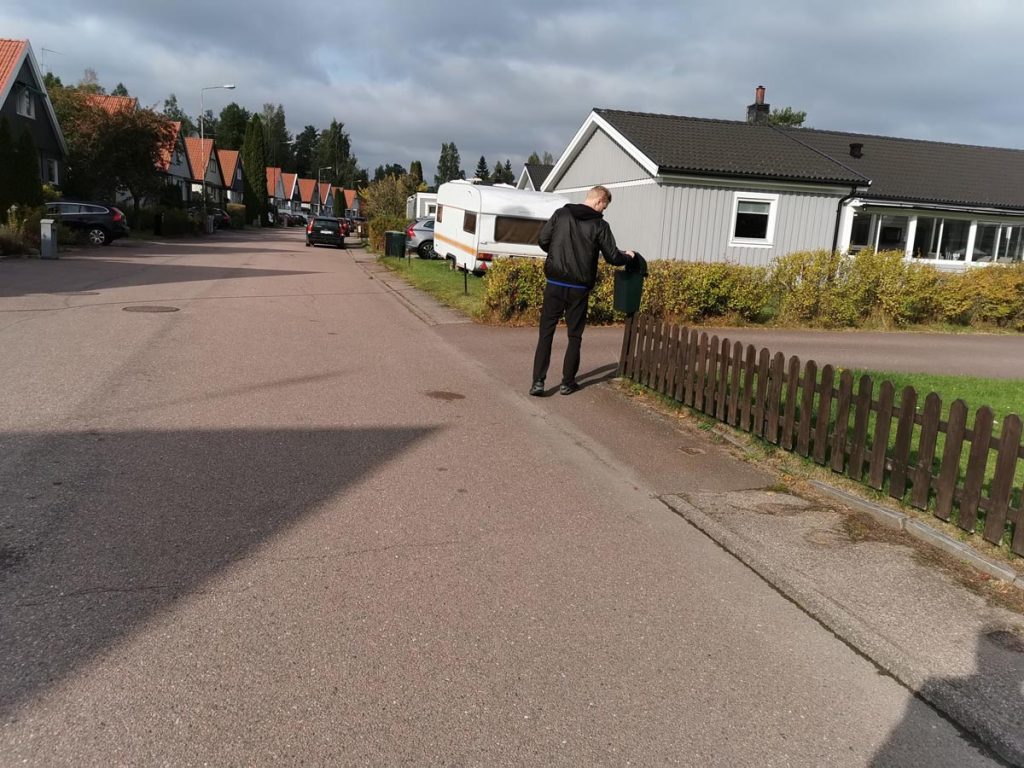 On the night of 27 September, Nest 7 placed posters in Vaggeryd and Skillingaryd to inform the population about various Jewish unpleasantries.

On the night of 27 September, comrades from Nest 1 conducted an awareness-raising campaign in inner Stockholm. Posters featuring quotes from the Jews’ holiest book, the Talmud, were placed around Gamla Stan and on the exterior of the building housing the hostile Living History Forum.

Activists from Nest 6 went to Dale in Sandnes and put up a large number of stickers.

Dale is possibly the most beautiful area in Sandnes, but it also has the ugliest history. In 1913 Dale mental hospital was opened, and it later came to be used for violent abuse of members of Nasjonal Samling in an attempt to politically rehabilitate them / make them admit (lie) about the alleged extermination of the Jews.

In more recent times, this hotel of evil was used as Norway’s biggest asylum centre.

The action passed without problems.

Nest 1 held a propaganda offensive in Brødløs and Låby. Numerous households were enriched with a healthy message in leaflet form. Posters were also put up, and leaflets were left on parked cars.

Stickers were placed outside the Maxi shopping centre in Sandnes and the Rema 1000 store in Asperholmen.

Posters and leaflets were spread in Hundige by Nordic Resistance Movement activists.

Yom Kippur activism across the country