Activism on Kristallnacht in Nest 2

An informational activity about Kristallnacht and its real causes took place in several locations in Sjuhärad on the evening of 10 November. Posters encouraging people to read the truth about Kristallnacht on Nordfront.se were put up in Borås, Svenljunga and Tranemo municipalities.

The activities passed without incident.

Members of Nest 7 met for physical training on Sunday, 8 November. The training consisted of running, push-ups, sit-ups and strength exercises.

Approximately 700 leaflets featuring the Resistance Movement’s message of hope were delivered to residences in Rättvik on 10 November. 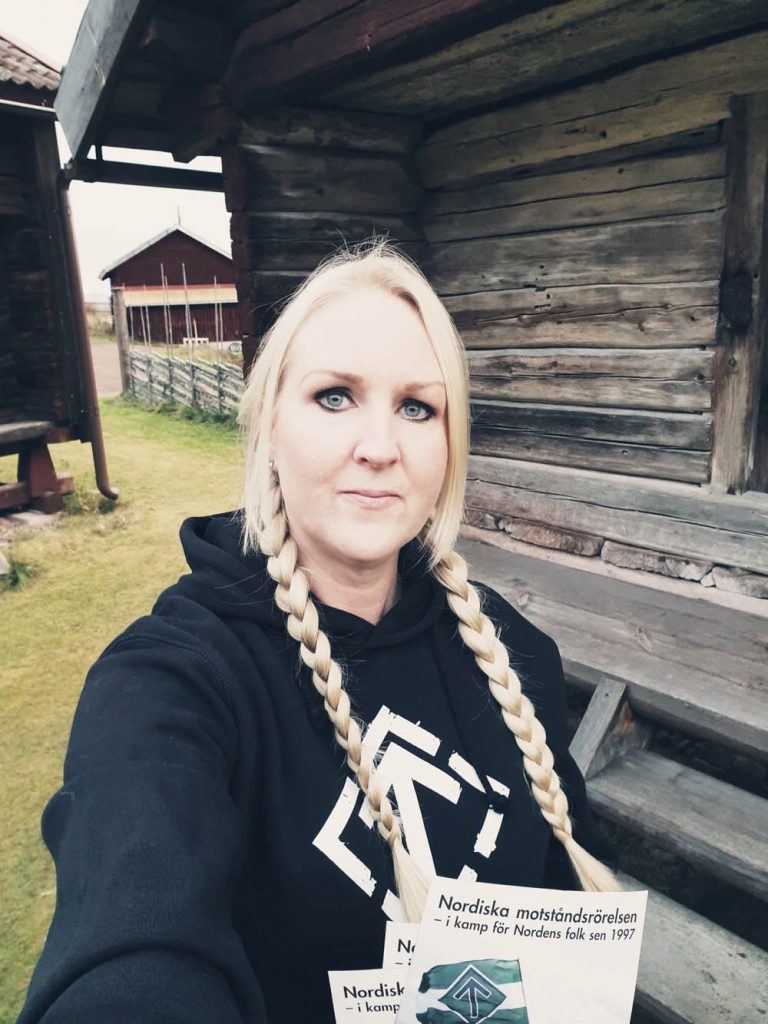 Banners were produced in Nest 7, and close to a thousand leaflets were printed about Swedish victims of foreign murderers.

Members from Nest 5 delivered leaflets to residents in the countryside of Avesta Municipality on 12 November. Three hundred and fifty leaflets were distributed in small villages and hamlets. 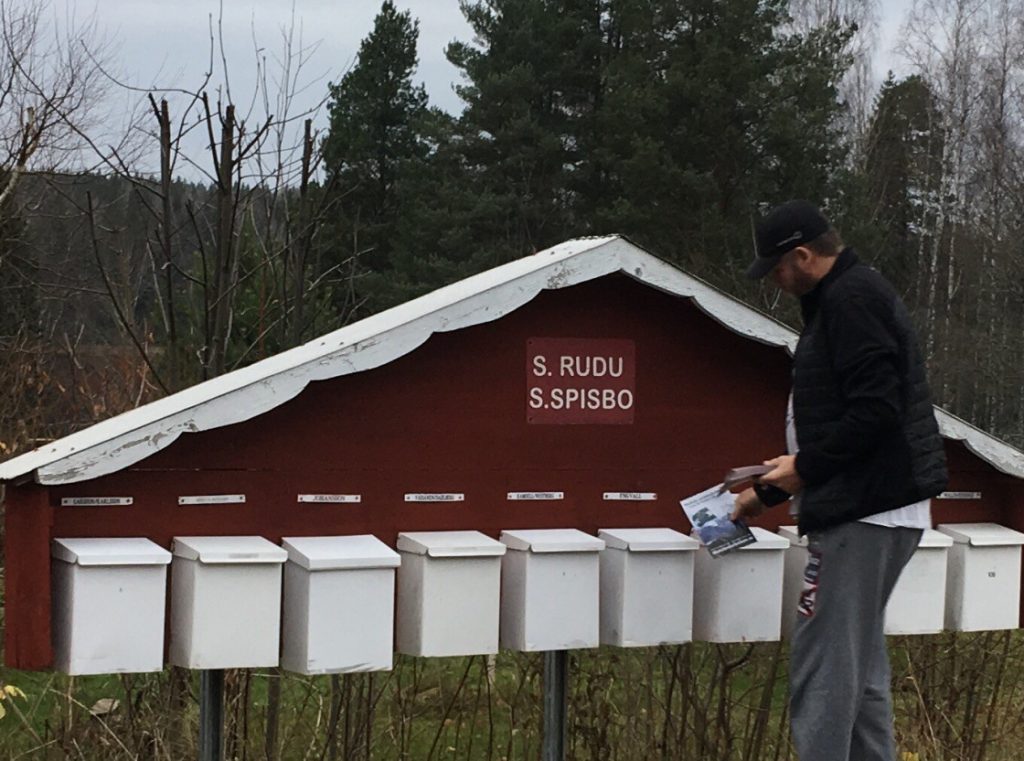 A group of members met to spread the National Socialist message in the usual manner on Tuesday evening. Several hundred leaflets were delivered in Hedekas and the surrounding areas. 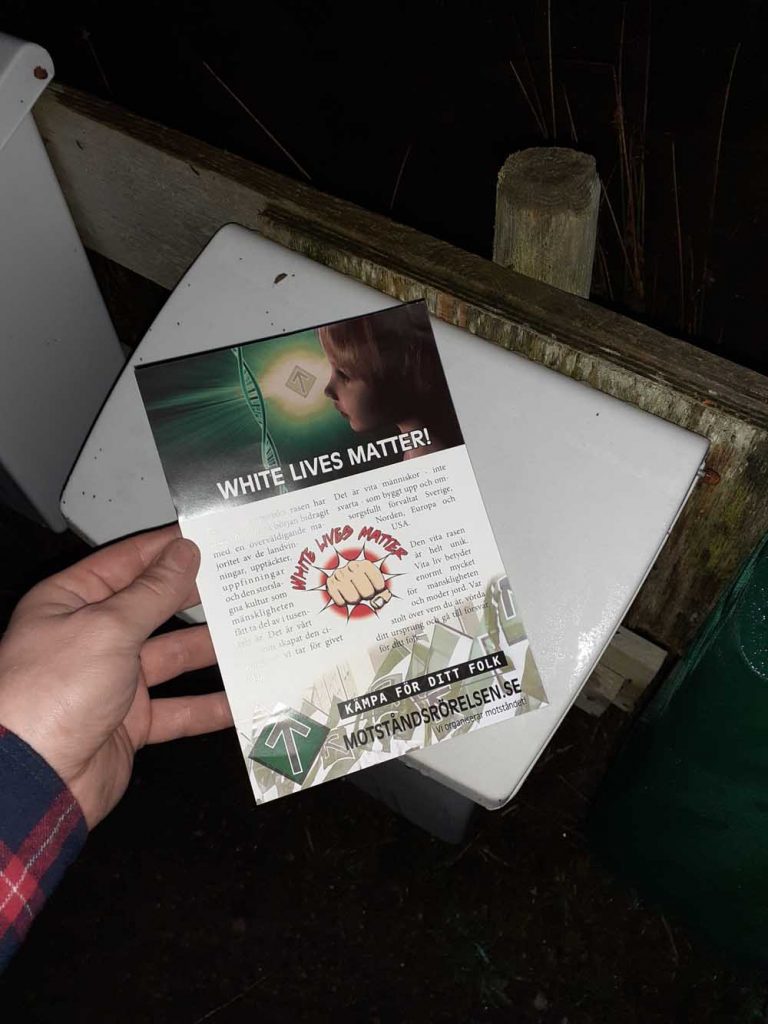 Leaflets were delivered in Gnosjö on Thursday, 5 November. 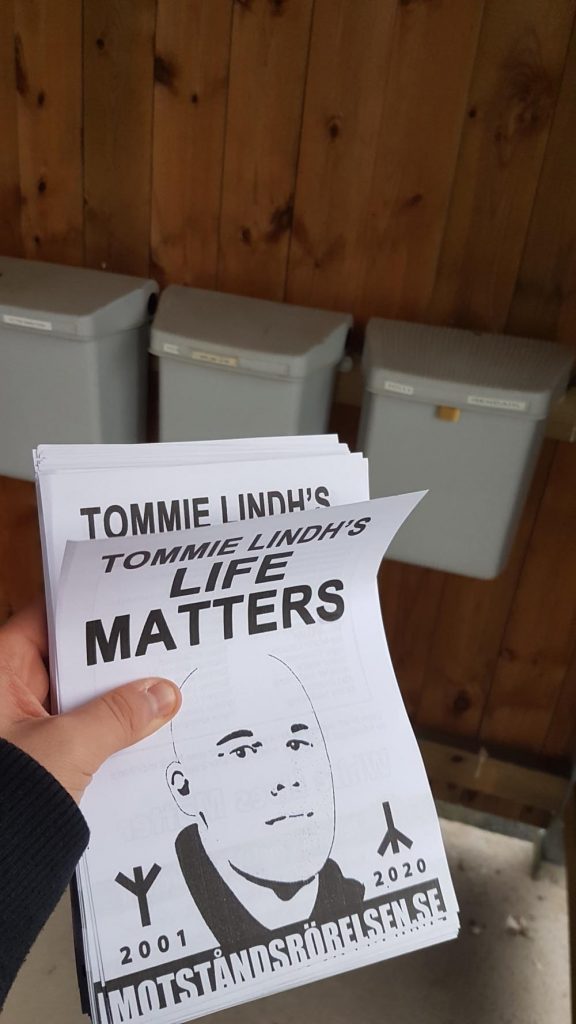 Posters about the murder of Tommie Lindh and other White Swedes were placed in Gislaved Municipality on Sunday morning.

Members from Nest 8 met to spread civic information to the people on Saturday, 14 November. The activity went calmly, with around 500 leaflets finding new owners. 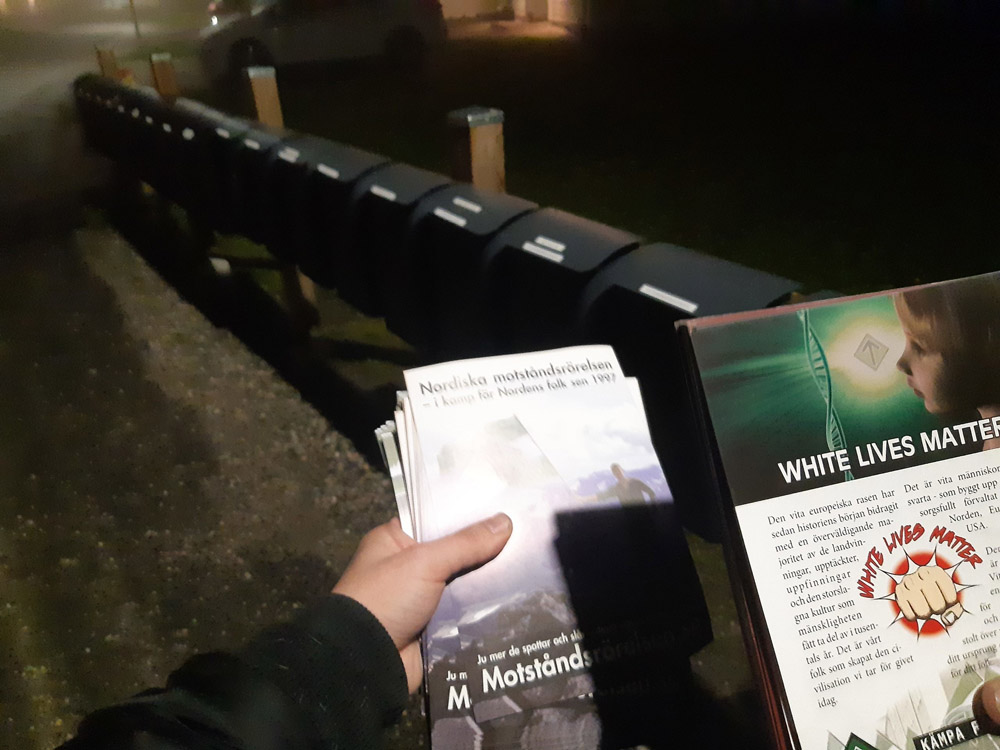 Members were in Smålands Anneberg, Nässjö Municipality, on the afternoon of 9 November to spread information about the many victims of anti-Swedishness. 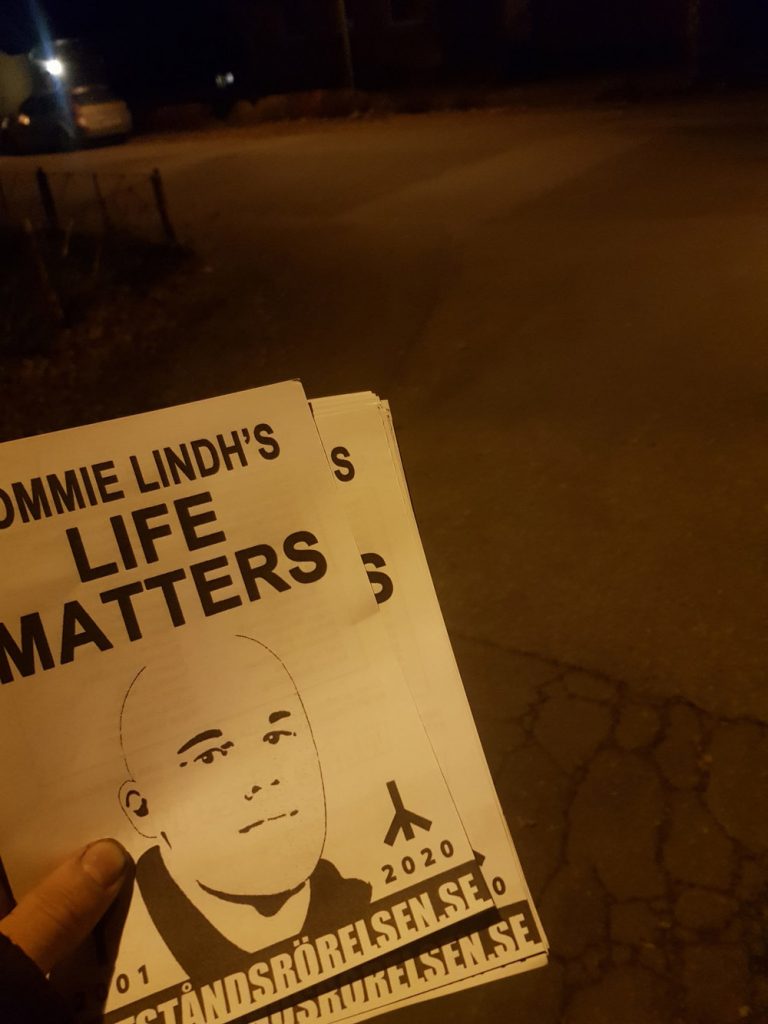 Nordic Resistance Movement supporters in Greenland placed stickers in and around Nuuk.

Nest 1 activists hung up a banner in Horsens with the text “Stop anti-white propaganda”.

An activist group from Nest 2 conducted a propaganda drive in Greve, putting up hundreds of stickers throughout the town. 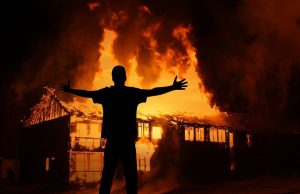