Leaflets were delivered to letterboxes in Smålandsstenar on Friday morning. 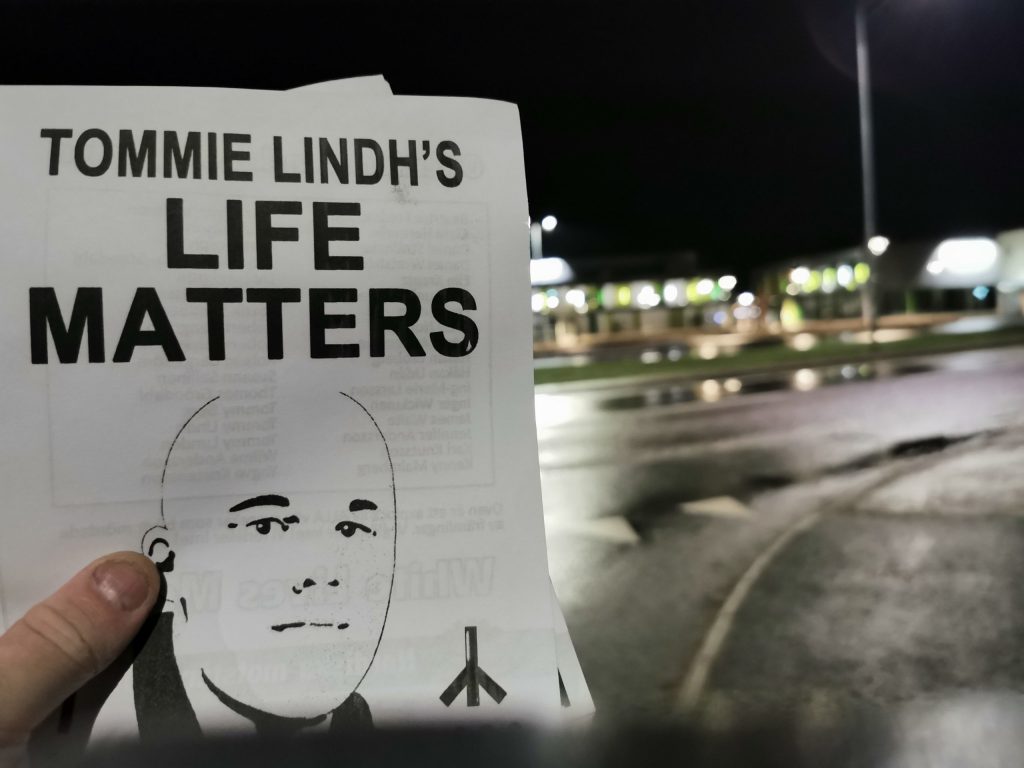 A member and sympathiser spread stickers in Ulricehamn on the evening of 8 December. The stickers included those honouring the 17 year old Daniel Wretström, who was murdered by racial foreigners 20 years ago.

Leaflets and stickers were distributed in Vansbro and Gagnef Municipality on Monday morning.

Approximately 150 leaflets were distributed in Kristinehamn on Wednesday. The activity passed calmly and without problems. 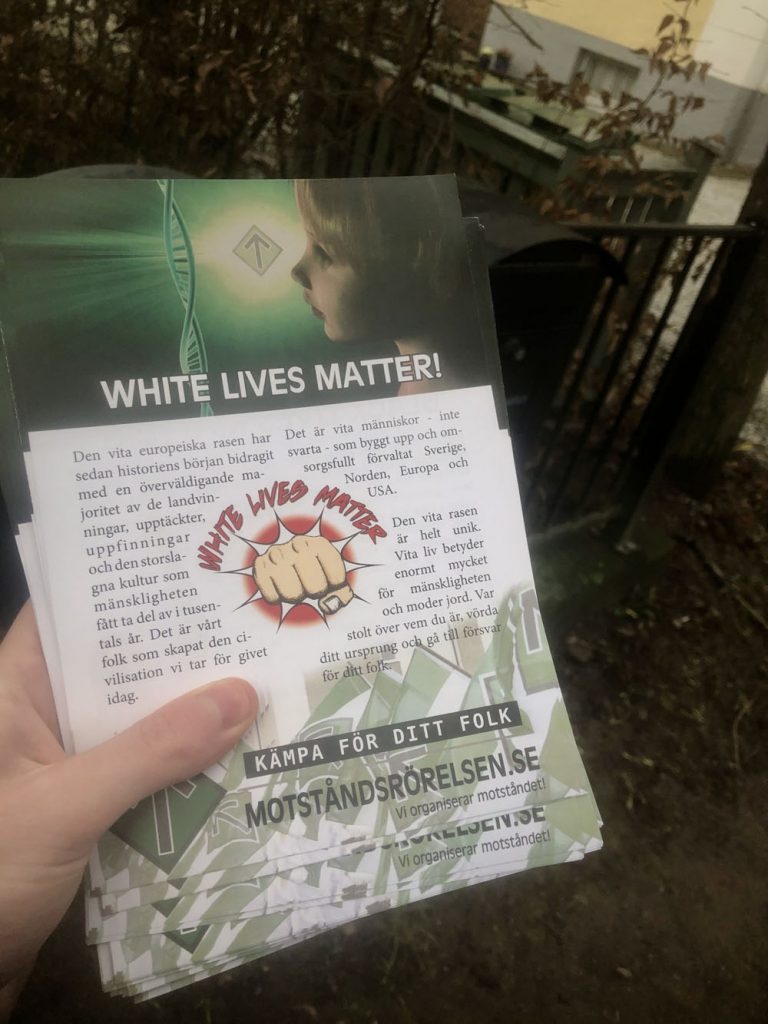 Members and a sympathiser met in Borås on the evening of 9 December to put up stickers in the memory of Daniel Wretström. The activity concluded by hanging up a banner in honour of another Swedish man who lost his life to multiculturalism – Tommie Lindh.

Posters honouring and remembering Daniel Wretström were put up in the wind and rain in central Borås on the evening of 9 December.

Members from Nest 2’s Member Group 1 delivered 200 leaflets in Gothenburg on Thursday morning. The activity passed calmly, and the members were met by positive reactions from pensioners receiving the leaflets.

Twenty years after the murder of Daniel Wretström, posters and stickers honouring his memory were put up in Limmared.

Security patrol in Stenungsund and Kungälv

Comrades from Nest 2 met on the evening of 11 December for a security patrol in the immigrant-heavy high-rise area of Hasselbacken in Stenungsund. The patrol was arranged after an immigrant gang committed repeated violent crimes against women walking their dogs in the evenings. The area was quiet on the night, however, and there were relatively few people outdoors.

Next, the comrades decided to travel on to the neighbouring municipality of Kungälv. There they walked through a similar high-rise area (Komarken), as well as the town centre and Kongahälla shopping centre. It was quiet in Kungälv too, and the evening passed without incident. Leftist propaganda was pulled down and replaced with healthy messages in both areas.

Poster offensive in Fredrikstad and Gamlebyen

Activists and members from Nest 1 visited parts of central Fredrikstad and Gamlebyen, where they put up numerous posters.

Members from Nest 1 delivered leaflets to residents in Sponvika.

Members from Nest 1 put up posters and stickers in Halden.

Activists spread propaganda in the subway and put up National Socialist material around Copenhagen.

Activism in Reykjavik and Eastern Iceland

Stickers were placed in both Reykjavik and Egilsstaðir in Eastern Iceland.