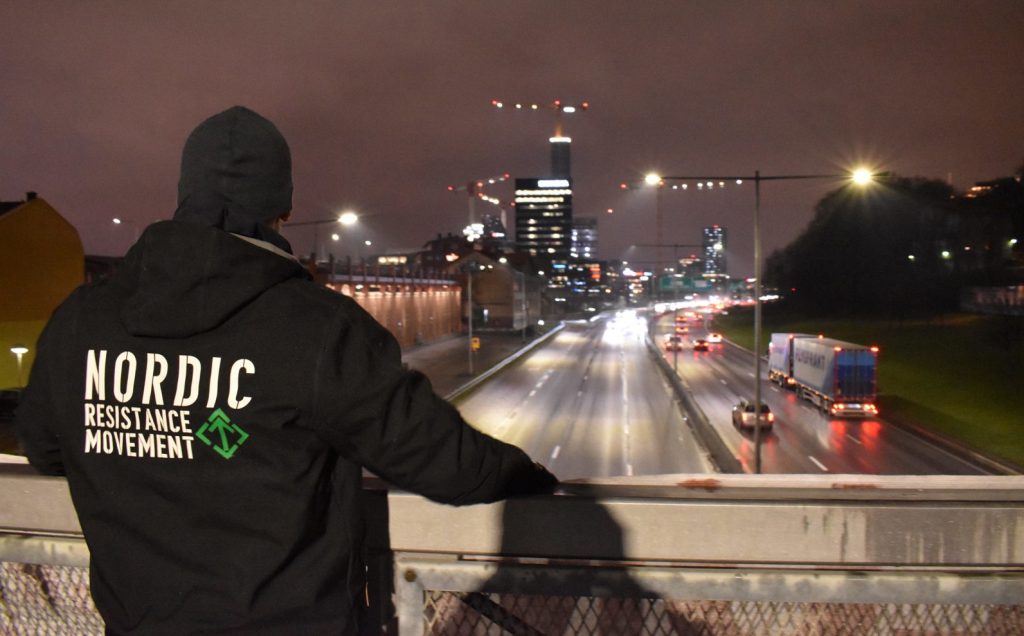 Activists from Nest 8 tested a newly acquired laser cannon on Thursday, 17 December. With it they projected a giant Tyr rune onto facades and walls next to the busy southern entrance to Norrköping.

Despite the unfavourable weather and persistent rain, the laser cannon produced good results, even at great distances.

Nest 7 held their monthly meeting on Saturday, 12 December. Nest Chief Hampus Maijala gave a lecture about security, which covered everything from physical safety to IT security. After the lecture, food was served and the meeting was held. 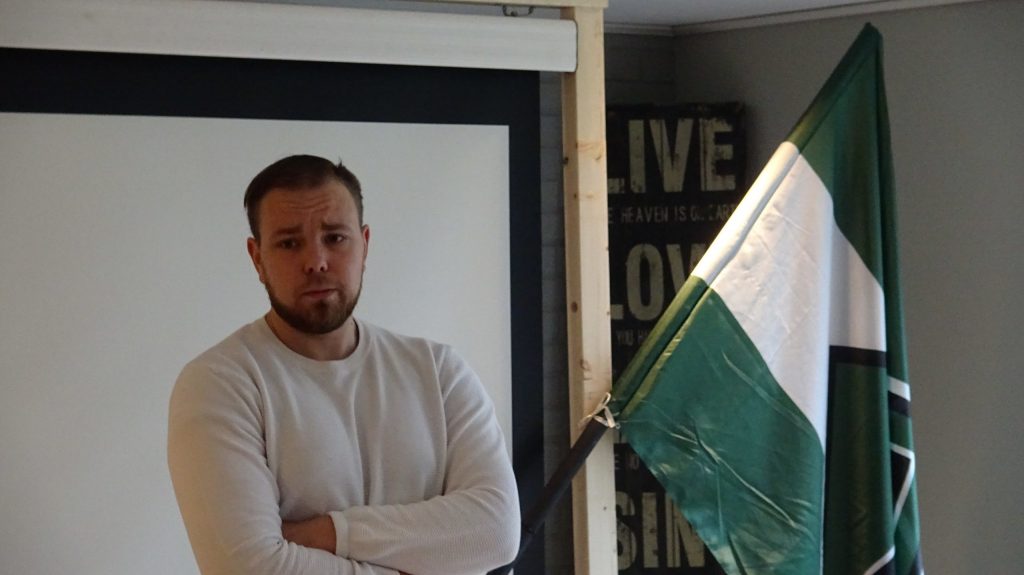 Two banners were put up just outside Luleå on 13 December. The banners bore the name of the young Tommie Lindh, who was brutally murdered for being a nationalist.

We will never forget and never forgive the anti-Swedishness that is spreading in our country. 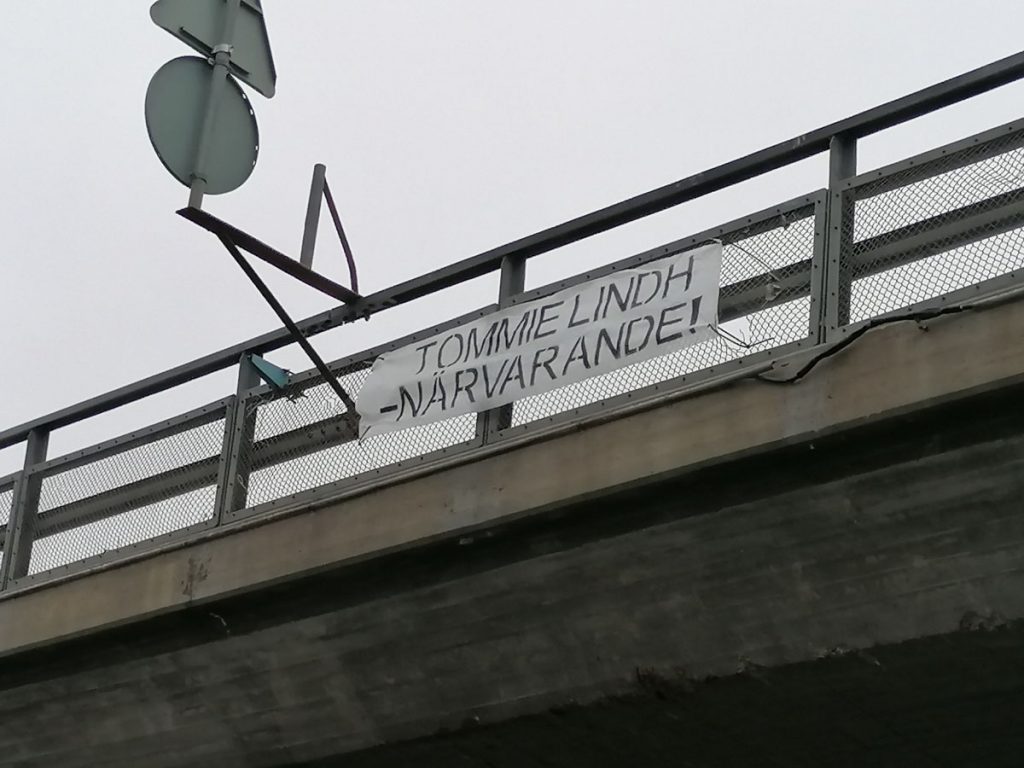 Nest 8 members delivered leaflets in the Almby area of southern Örebro. Over 300 leaflets were distributed, and numerous surfaces were decorated with stickers.

Nest 5 gathered to enjoy their annual Yule dinner together on 12 December. In addition to the dinner, the day also offered a challenging quiz, opportunities for coffee and conversation, and finally the serving of a tasty dessert while the winner of the quiz was announced.

Information was delivered to residents in Vellinge Municipality on Thursday, 15 December. 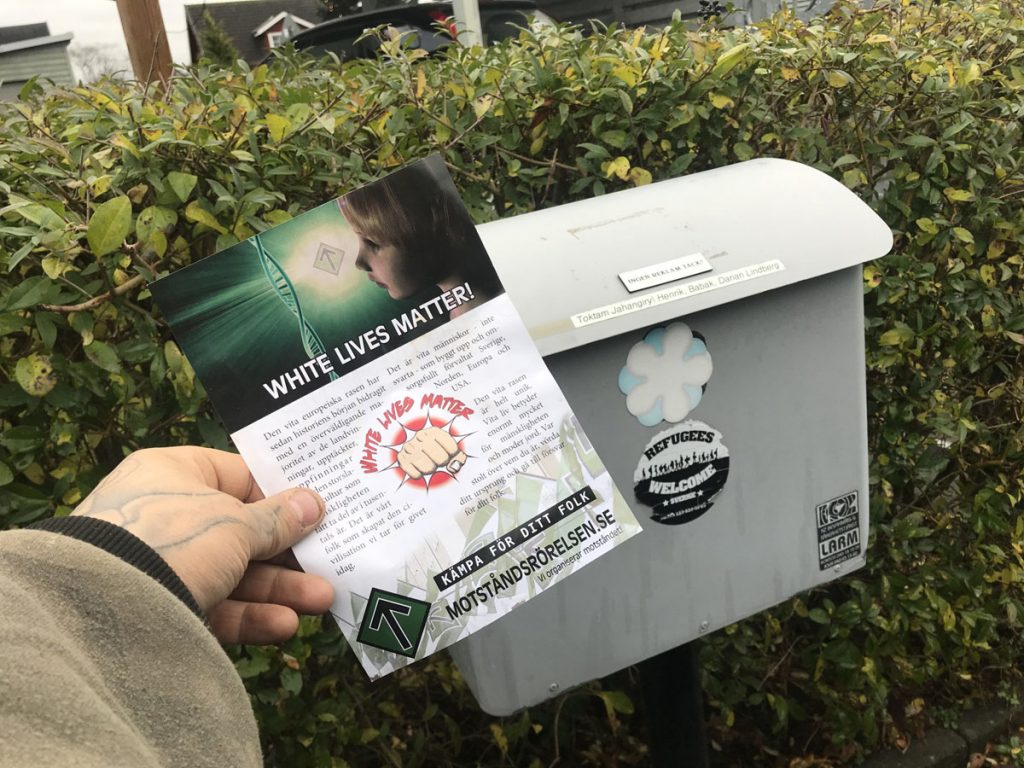 To honour the memory of Daniel Wretström and show that we remember fallen comrades, members from Nest 2 held a poster activity on the 20th anniversary of Daniel’s death.

The Nest received a lot of attention from the gutter press for previous actions in Lilla Edet, so they decided to go there again. The posters were placed in central parts of the town so no one would miss the message. We are here, and we don’t forget!

Nest 8 members went to Tybble and central parts of Örebro on the evening of 16 December to inform the people with leaflets and stickers.

Everything from electrical cabinets to bus stops were adorned with informative stickers, the latter making for interesting reading for those waiting for a bus. Hundreds of households received the leaflets, and even more are due to be visited in the near future.

Activist Group 203 and parts of Member Group 3 carried out the activist test in Trollhättan Municipality on 12 December.

The participants had improved since their first test, so the results were regarded as positive. After the test, the group engaged in martial arts training with a focus on punching.

Parts of Nest 2 gathered to conduct a banner action in honour of Daniel Wretström, who was murdered in cold blood by racial strangers 20 years ago to the day. The activity was held on a bridge near Liseberg where the E20 and E6 pass. Numerous motorists honked their horns and waved to show sympathy for Daniel. The police came by and checked the situation without disturbing the action.

Parts of Nest 1 conducted a poster offensive in central Halden. No problems occurred, and many residents will now be met with a positive and viable message.

Nest 1 conducted basic activism in the form of posters and stickers in central Halden. The drab streets were illuminated with pro-Nordic messages.

Nordic Resistance Movement activists put up posters in Horsens warning about the potential dangers of the coronavirus vaccine.