Every year, members and activists from the Danish branch of the Nordic Resistance Movement gather for the annual event known as Activist Days.

This year’s edition put particular emphasis on the word activist, with activism and identification with the struggle for the North serving as the event’s main focus.

Activist Days 2020 took place over Saturday and Sunday, but the doors were already open on Friday afternoon, when multiple members and activists arrived from around the country.

On Saturday afternoon, Activist Days officially got underway with an eight-hour programme, which included speeches, lectures and group exercises.

The leadership group spoke about the developments and challenges that have occurred since the last Activist Days, as well as tighter rules within the organisation and greater demands on members.

The importance of a high level of discipline was also discussed, as was the necessity of a strong and fanatical identification with the struggle for the future of the North and its people.

After a speech encouraging stronger fanatical struggle and passionate commitment, the leadership group gave out awards to three members of the Movement who have shown particular dedication to the struggle.

One person, who has been untiring in the daily struggle and has dutifully taken on more and more responsibility since the start of their membership, was appointed as an activist and received the honourable activist pin badge.

Next up was a presentation about IT security for computers and phones, followed by a lecture on the concept of the übermensch, after which the speakers made way for the group exercises.

The first exercise was designed to help train the members and activists in the power of speech as a propaganda tool. Attendees had an hour to write a speech from a range of available subjects and then read it aloud in front of the group. For some, giving a speech for an audience was a step into the unknown, but it was an enriching experience that made them better equipped for the daily struggle.

By now the afternoon was drawing to its close and an enticing smell was emanating from the kitchen, so the group tasks were put on hold for dinner.

But the day wasn’t over yet, and neither were the group exercises. This time various materials were unpacked, and the rest of the evening focussed on a task that tested the creativity of the participants.

The comrades were provided with non-woven fabric, paint, stencils, plastic sheets and glue, with which they had to produce propaganda for all of Denmark’s nests. 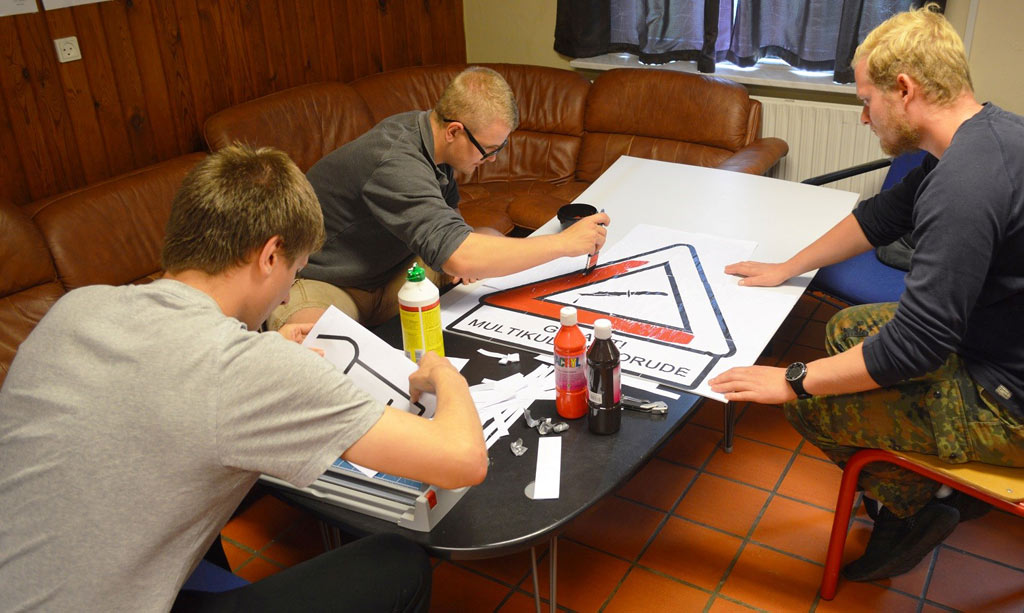 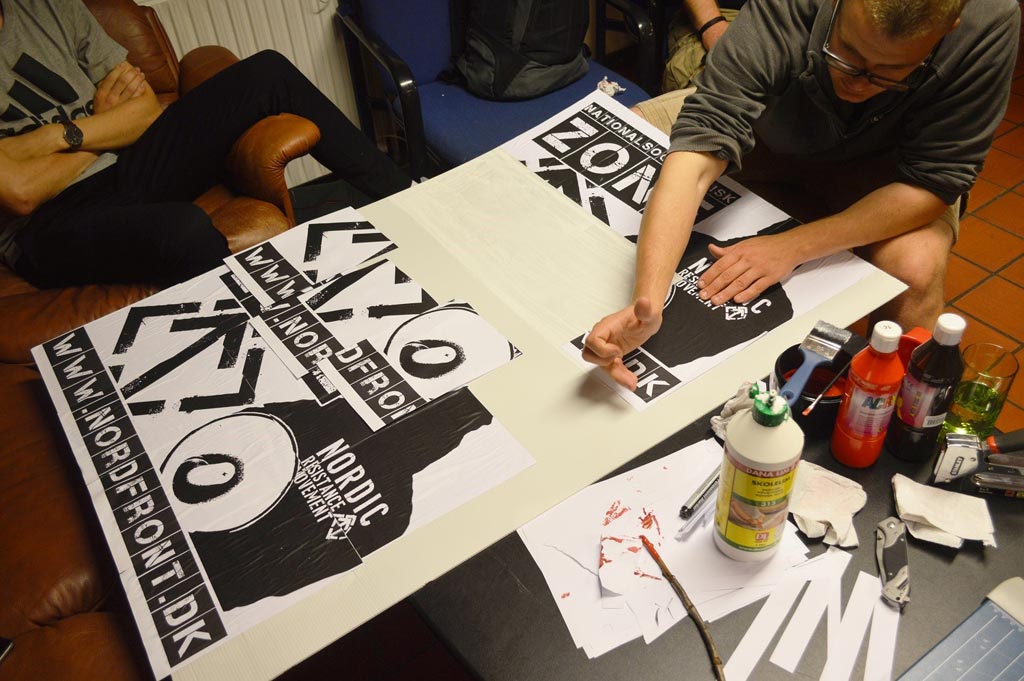 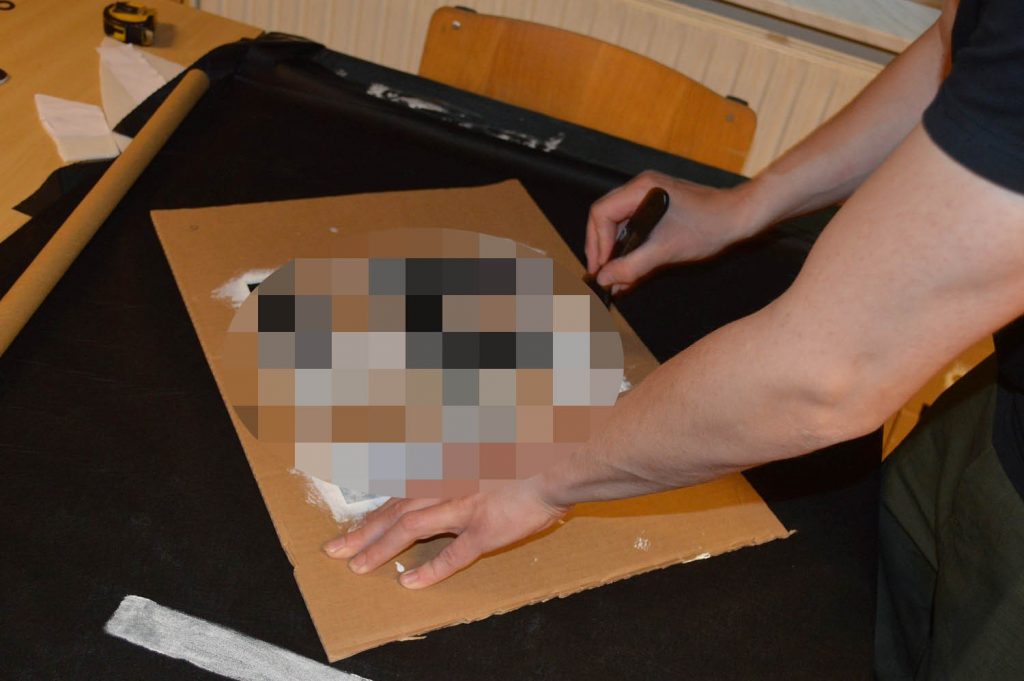 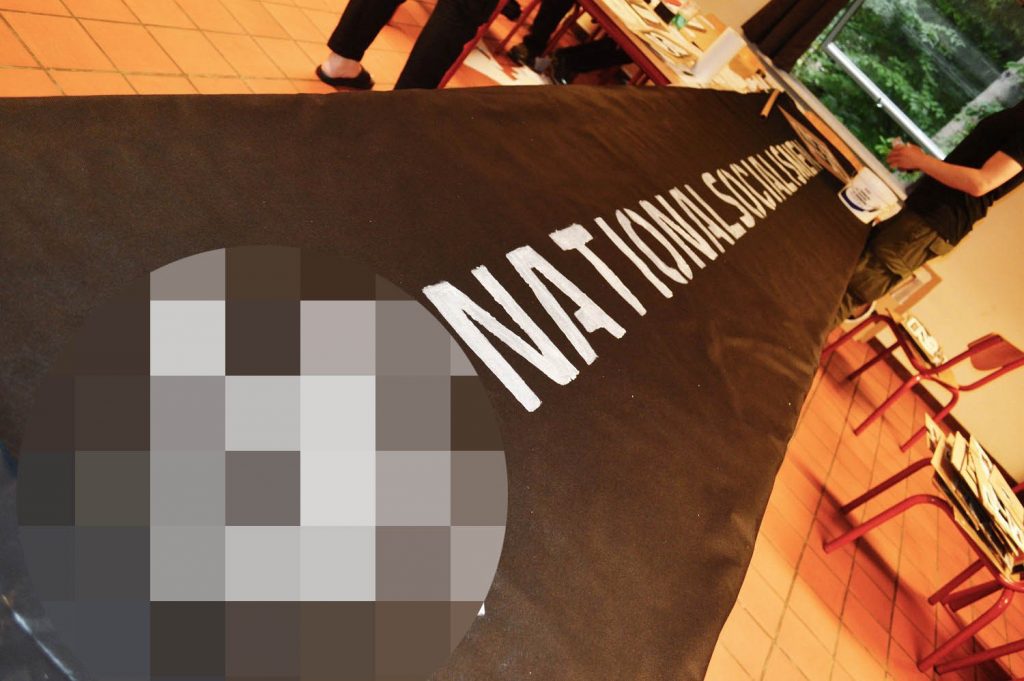 The group made banners, large posters and traffic signs for future street activism. The mood was high throughout the activity, with lively debate and laughter filling the whole building.

The evening was rounded off with a bonfire and socialising outdoors while the roster for the night was reviewed.

Sunday morning began with everyone eating breakfast in their workout clothes ahead of the day’s task: participation in the Nordic Resistance Movement’s physical test for activists and prospective activists.

Once the demanding exercises had been completed, the results were announced and the tired but content participants knew that Activist Days 2020 was at an end.

After cleaning the building and loading up the cars, everyone gave a “Hail Victory!” and headed home.