RESISTANCE MOVEMENT. Now that the Icelandic branch’s website is back online, we present an annual review of the Nordic Resistance Movement’s activities in Iceland in 2021. 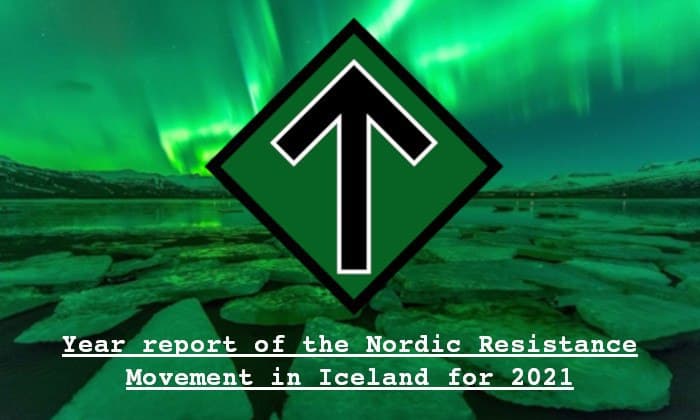 The 2021 report for the Icelandic branch of the Nordic Resistance Movement was delayed due to having to change web domains twice last year. For now, the Icelandic website can be found at nordurvigi.se.

The Landsmenn podcast published two very good interviews last year. Episode 3 of Landsmenn featured an interview with Jacob Vullum Andersen, a Nest Chief in the Danish branch. In the fourth episode, an interview was conducted with the longtime member Pär Öberg, who is on the Resistance Movement’s Swedish National Council. Pär has a lot of experience in the national movement and was also on the local council in Ludvika, Sweden. Elsewhere, Rikhardur Magnusson was interviewed on the Norwegian podcast Hold Fanen Høyt! by Tommy Olsen, who is the Chief of the Norwegian branch, together with the member Tom Hauge.

Propaganda was spread all over Iceland in 2021, most frequently in the Reykjavik area and in East Iceland. It was also spread in Snæfellsnes and the Westfjords, North Iceland, the south coast and on the Reykjanes peninsula. 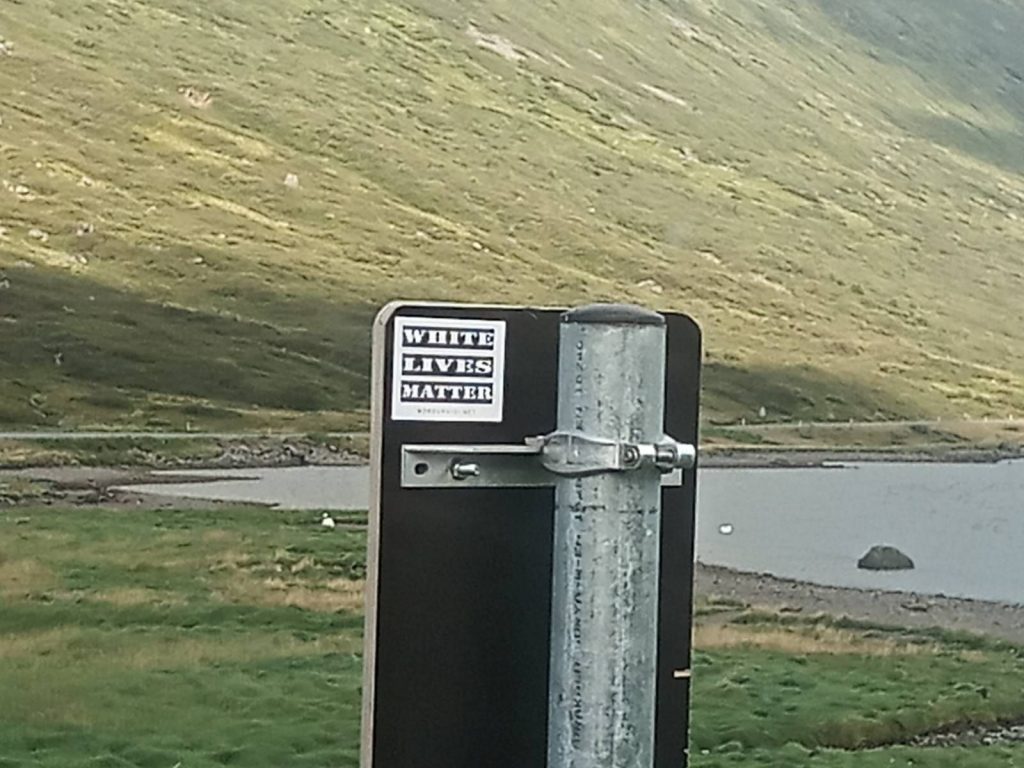 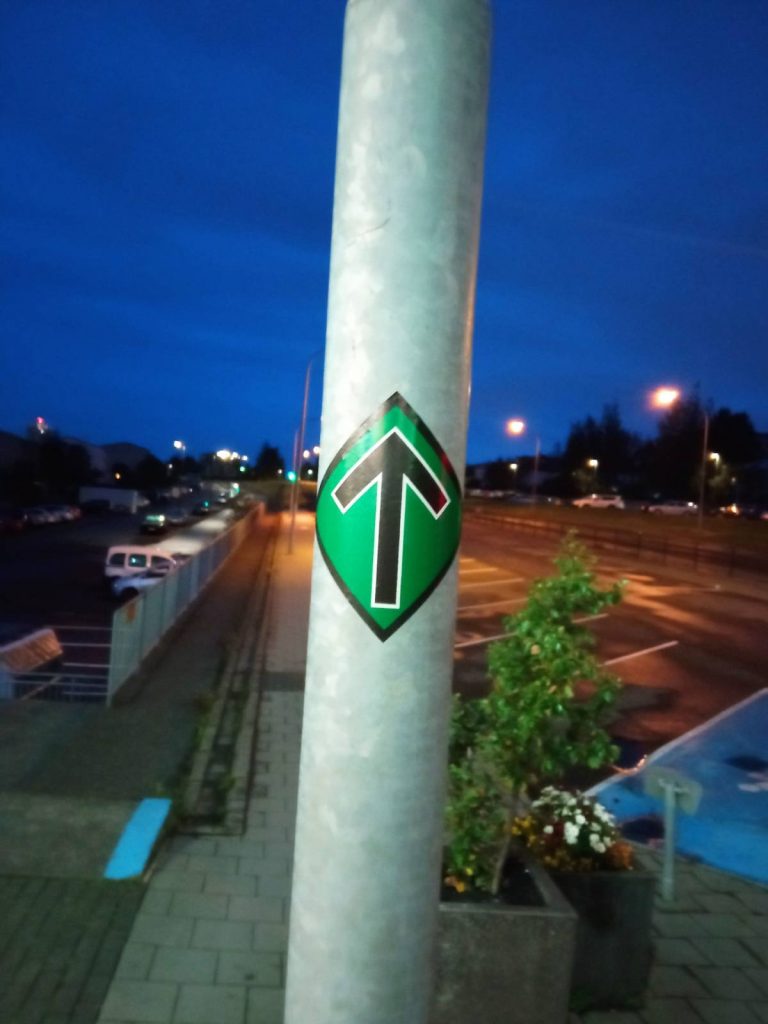 We carried out extensive activism on 1 May and were the only movement to take to the streets to put up posters and banners for the second year in a row. We used the slogan “Class with Class” [i.e., the unification of the classes], which was written on two banners placed on bridges, while posters were put up with the messages “National community instead of class struggle!” and “Workers of the North unite!” This was followed by a 1 May article in Icelandic. 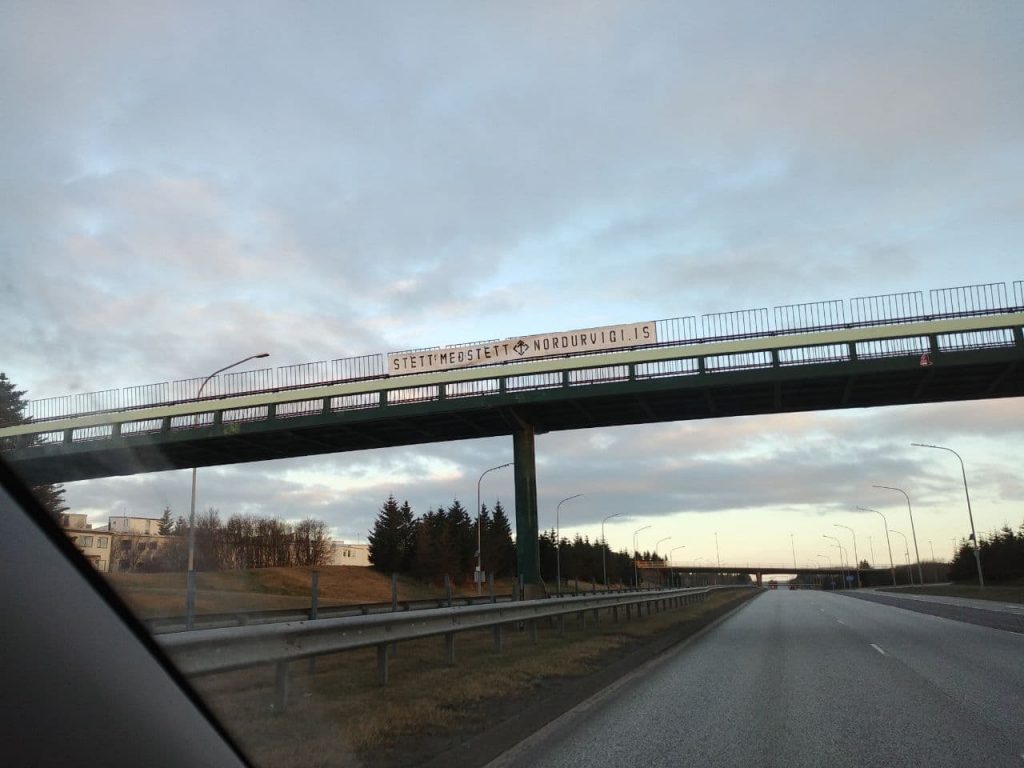 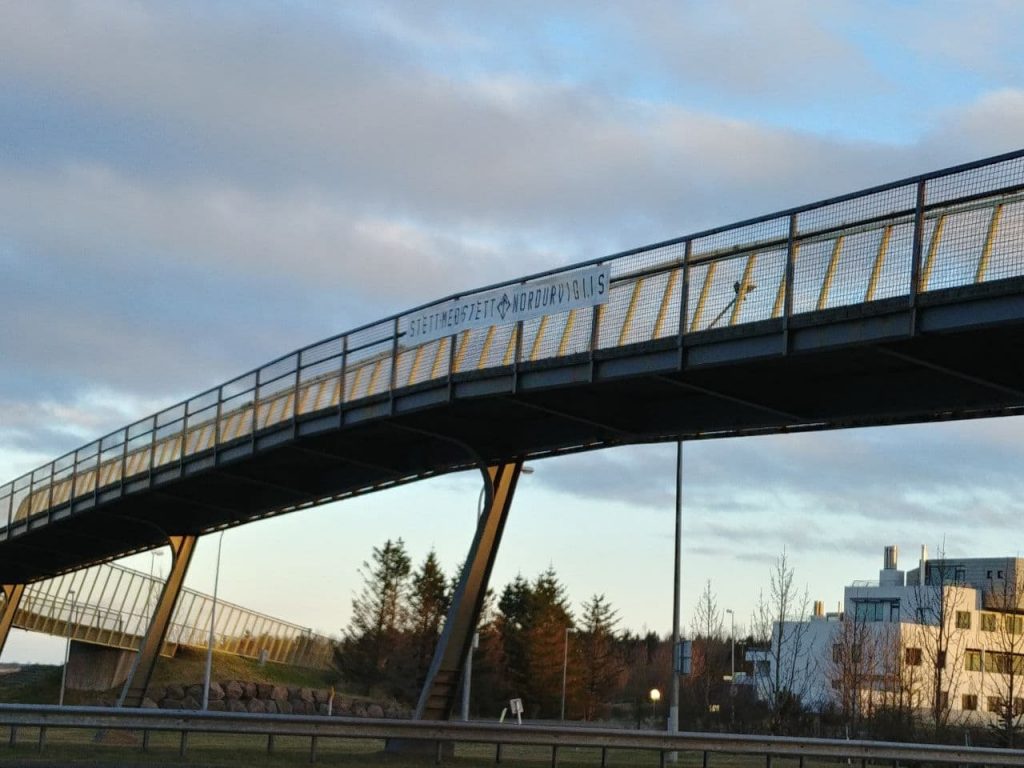 On Iceland’s National Day, 17 June, we put up stickers and posters and wrote an accompanying article to encourage people to follow in Jón Sigurðsson’s footsteps and protest against internationalism.

In August, we took part in a pan-Nordic operation and put up “White Lives Matter” stickers on Indigenous Peoples’ Day. 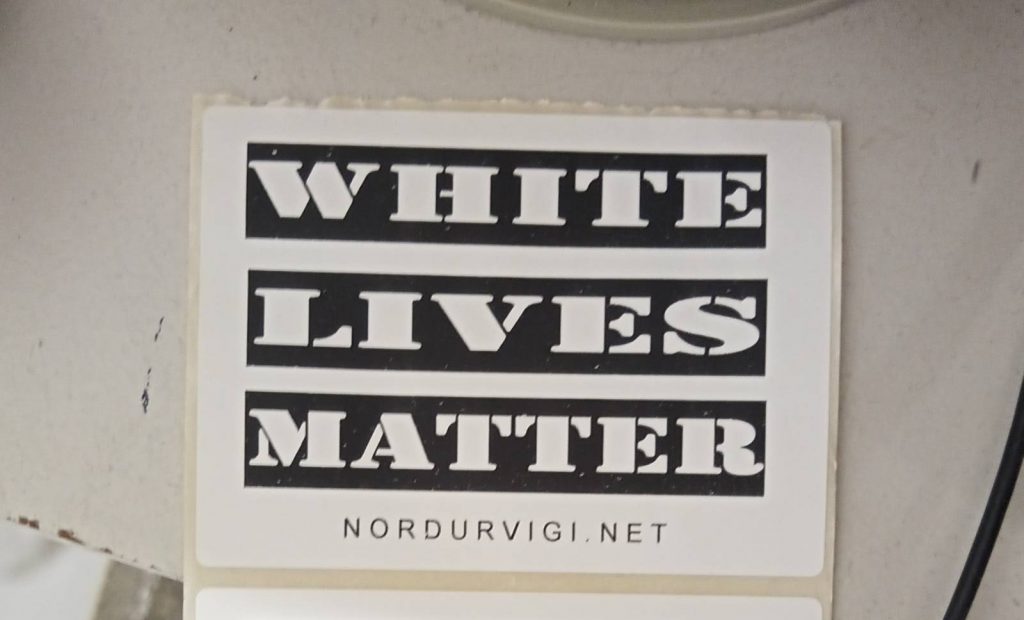 On election day, we placed signs that read “Enjoy your ONE day of democracy”, together with the organisation’s symbols. This was accompanied by an article entitled “Vote for Iceland!” 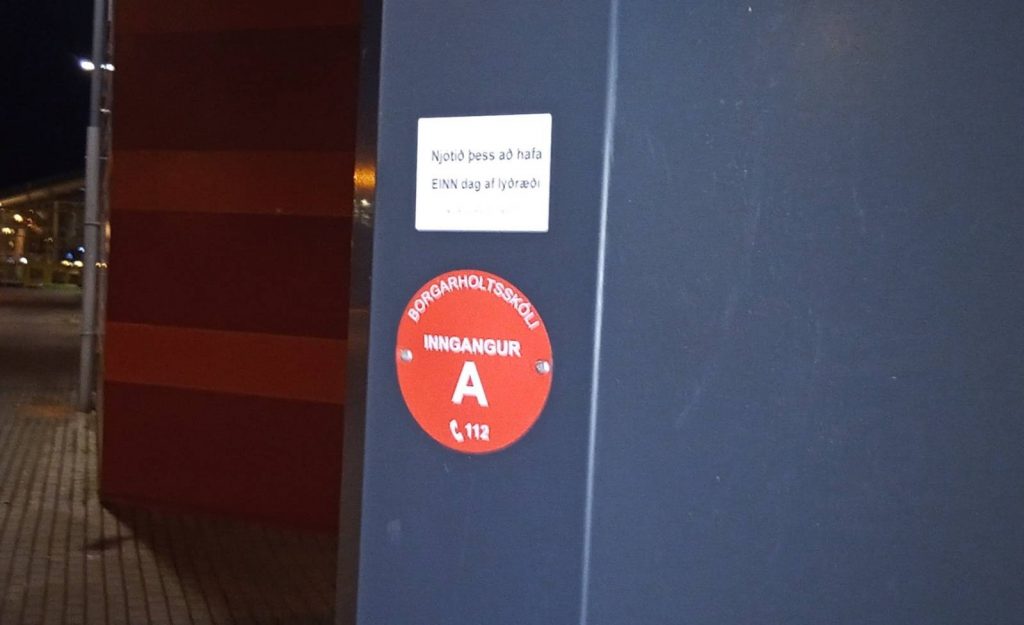 The tabloid media outlet DV wrote about us in the usual libellous manner, after we delivered leaflets to mailboxes in the town of Hafnarfjörður. The leaflets featured the message “Iceland Awakes!”, with an accompanying text urging Icelanders to join us.

This year we will produce more episodes of Landsmenn and continue writing articles and conducting prominent actions. We want to encourage more people in Iceland to have the courage to join or support us – especially young people. We have a bright future in 2022 and will continue the struggle for the existence of our nation and the other Nordic countries unabated.

To the young people of Iceland:

Why lose yourself in a life of entertainment that drags you down spiritually and brings you an empty existence consisting solely of eating, watching TV, having fun, talking on the phone and playing video games? Our freedom of speech is being restricted on a daily basis, and the existence of our people is being threatened. Iceland has not received any concessions in these matters. You are being lied to every day and manipulated by a globalist clique that is pushing multiculturalism and Cultural Marxism at school and during other social activities. Engage in a movement that strengthens you and provides knowledge about your people and culture. Join us and be proud to do your part for your people!