Home Ideology Another election campaign comes to an end 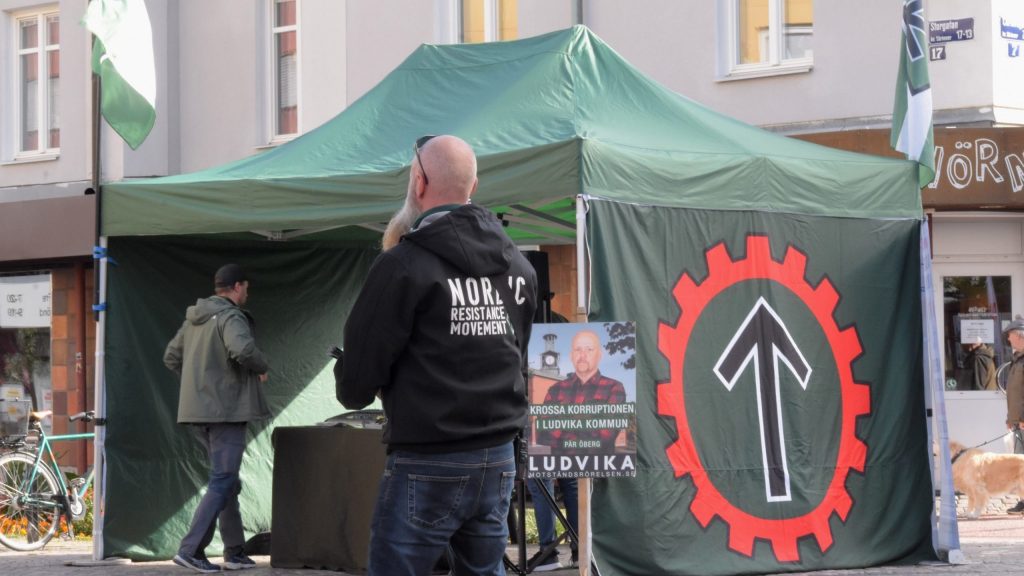 Writing an article about the election results is something of a duty that comes with my position – and one that I will duly fulfil here. Some people may have wondered why they haven’t heard from me yet. The fact is I have been thinking about writing this article all week, but I wanted to wait for the final election results to be confirmed. At the time of writing, the incompetent officials in charge of vote-counting and updating the results seem like they will never finish, with only 15 of the 16 districts in Ludvika having been declared for several days now. As such, my patience has run out and I am writing this article regardless.

I will focus on the Nordic Resistance Movement’s election campaign and not on the Swedish election in general, as this has already been well summarised in the article Välkommen till det ”blåbruna” Sverige (Welcome to the “Blue-Brown” Sweden) by Simon Holmqvist on Nordfront.

So how did it go for the Nordic Resistance Movement?

Of course, we did not come close to getting into the Riksdag. And, just as presumed, we did not get elected in any of the municipalities we contested either. In Vetlanda and Munkedal our results were worse than expected, while in Örkelljunga things went slightly better. In Ludvika it was naturally disappointing that we went backwards since the last election, but with 0.9% of the vote (or whatever it ends up being when they are finally done counting) we still got pretty good results under the circumstances.

Even though this can be looked at from a range of various positive or less positive perspectives, I still think such analyses are rather uninteresting. And even though we know there was election fraud – because several voters came forward and told us their vote was never registered at the polling station where they cast it – we are aware this is part of the game and something we unfortunately have to accept, and therefore it is not particularly interesting to speculate as to its extent.

The results as a whole could clearly have been better, but just like we have said all along, they are still largely inconsequential. Rather, there are other things to be gained from conducting intensive activism for a limited period of time, while working towards a goal, in the way we did during the election campaign.

A quote from the Ledarperspektiv podcast, episode 87, which was broadcast on 1 September, ten days before the election:

There is a zero-percent chance we will get into to the Riksdag. In the municipalities there is a very small chance we will be elected. We went into the campaign with expectations of not being elected where we stood, and those expectations remain pretty much unchanged. It will be fantastic if we manage to get a mandate or two somewhere. It would give us a lot of positive attention and new platforms from which to promote our politics. But we do not expect to be elected.

It is important to reiterate that, regardless of whether we have had a successful election campaign or not, I don’t think it should be measured in how many votes we get or if we are elected somewhere or not. Instead our aim is to further establish our name, to recruit new people, to forge good contacts and – perhaps most importantly of all during an election campaign – to normalise our operations and normalise our politics. If we succeed on all these points, it has definitely been worth dedicating all the time and resources we have put into this election campaign, even if we achieve worse results than last time. After all, there are so many other factors that play a role in election results.

I and other people in the Resistance Movement’s leadership will not be the least bit disappointed if we are not elected anywhere, and I both hope and want that all our candidates and members see the election in the same light.

I believe that in Ludvika, Munkedal, Vetlanda, Örkelljunga and some other locations we have clearly established our name to an even greater degree during the election campaign. We have recruited some new people, and more are likely to be forthcoming. We have gained new useful contacts we will benefit from after the election. We have definitely normalised our presence on the streets and squares in all four of the municipalities where we stood in the municipal elections.

In addition, both I and many others have enjoyed a powerful boost in our commitment, as well as gaining lifelong memories, as it has been incredibly fun to stand on the streets day in and day out and deliver our message. Or, as I wrote in an article two days before the election:

There has been a fantastic community, full of time well spent in the company of firebrands who have really given everything for the struggle. It has been absolutely incredible to experience the enormous support we clearly have among the people. If Morgan Johansson or Annie Lööf had been flies on the wall around our election tents or banners in town, it’s likely they would have emigrated to some other country where the people were more brainwashed and hungry for globalist White genocide policies. 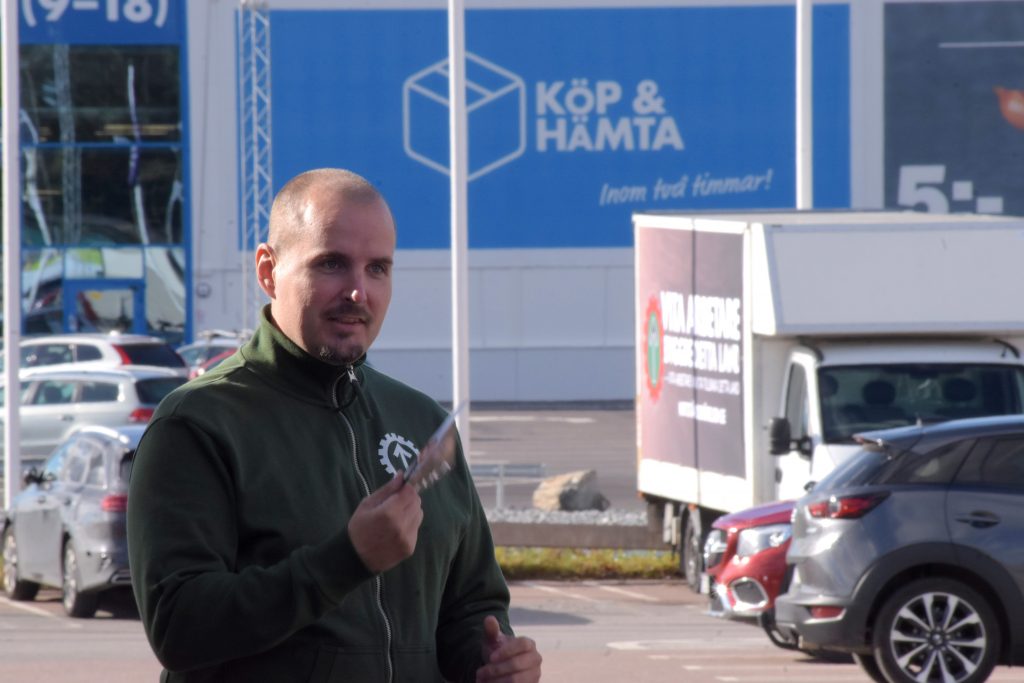 Many of our enemies will try to use the election results against us. They will say we do not have any support. That we are despondent like never before. That we will probably end our operations or become divided, and so on.

However, I stand by every word I said and wrote before and during the election campaign. Every singe one of our activists who stood up for our cause on the streets and squares knows we have far more support than the election results show. Despite their sympathy for us, people still choose to vote for the Sweden Democrats because they are already established – this is a bit sad, but that’s just the way it is. We have nothing to be ashamed or despondent about. In many respects, we have conducted a brilliant election campaign in all the municipalities we contested, and also in some locations in the general election.

After the 2018 election four years ago, we entered another phase, in which we focused less on external activism and more on internal activities, like martial arts and training. Although final decisions have not yet been made, the odds are that we will now have another period with at least somewhat less external activism than we conducted during the election campaign.

But what is as certain as always is that the struggle goes on. As long as we have not won, or the last National Socialist lies dead and buried, we will continue the fight non-stop for the uprising of our people!

In conclusion, I would again like to direct a big thank you to all our eligible candidates. A thank you also to all the members and sympathisers who helped during the election campaign. Finally, thank you to everyone out there who voted for us. You are the few who did not throw away your vote in the 2022 election. You are the few who, with your chests filled with pride, can declare who you voted for in the 2022 election when the topic comes up in conversation until the next election. And by the next election, you may even have joined us. Because as we all know, the unprecedented problems our country and people are facing cannot be voted away.

The Nordic Resistance Movement went to the polls under the slogan “A Revolutionary Choice”. The Nordic Resistance Movement will now also continue after the election to fight under the same slogan. Even though the political election charade is over for now, we remain on the streets and squares in a city near you and continue to call on you to make the revolutionary choice you will never truly be able to make with a ballot paper. 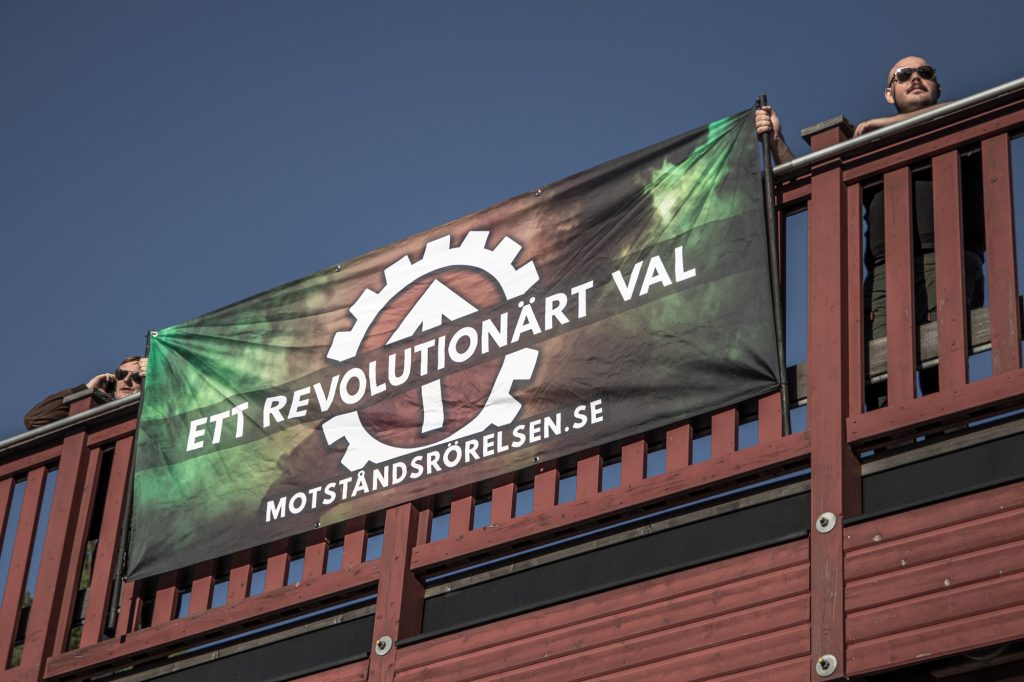