Join us for a journey into the magical realm of Indo-European epic poetry. In this episode, we delve into the world of the Iliad and attempt to explore and understand Homer’s immortal masterpiece. We look more closely at some of the poem’s most famous and powerful scenes and follow its legendary protagonists and their exploits on the battlefields of Troy, with a focus on Homer’s unsurpassable poetical skills and his capacity to capture and convey the spirit and vitality of our archaic ancestors in verse. We examine the complicated and often misunderstood relationship between gods and heroes, the dominant principles and the ethos of the Homeric world, and we attempt to identify the timeless messages contained within our ancestors’ poetic traditions.

Instead of a reading list, we offer you some golden nuggets of poetry inspired by Homer, both ancient and contemporary.

In this episode: Nestor, Taerus and Julius

Gold-helmeted, strong Ares, chariot-mounted,
Hard in your will, hand, shield, and spear; bronze-armoured,
Staunch city saver, bulwark of Olympus,
Father of Victory, helper of Themis,
Tyrant to enemies, leader of good men,
King over manliness! Your fiery globe whirls
Among the seven planets’ tracks, your horses
Blazing forever over the third orbit.
Hear me, ally of mortals, maker of fine youth;
Rain gently from on high into my being
Brightness and martial strength. Let me have power
To shake out of my head the bitter panic,
Defeating with my mind my soul’s false impulse,
And yet keep down the temper that provokes me
Toward icy strife. But, blessed god, give courage –
The kind that lives in peace among the mild laws,
Away from combat and death’s savage demons.

* The Homeric Hymns are a collection of thirty-three ancient Greek hymns attributed to Homer or to Homer’s school and poetic tradition.

The following three poems are composed by our very talented friend and co-host Taerus. You can find more on his Telegram channel: https://t.me/poeticaatelli

The Helm of Hector

Do I frighten thee my child?
To cause thee fear I had not meant,
But only to hold thee a while.
I had come to kiss thee goodbye,
For fear I’ve brought I doth lament,
And wipe tears from thy mother’s eyes.
Thou must not recognise me,
Beneath the plumes of horse’s hair,
I must look so strange to thee.
When thou art grown, I would have wished,
To raise thee manly and with care,
But instead I am bid down to Dis.

The brazen bronze of helm doth shine,
Apollo’s rays bounce from mine brow,
But the light that I behold is thine.
I shalt set mine shining helmet down,
Spend what little time the Gods allow,
With thee before I go to ground.
I cannot stand to see thee cry,
So I remove this dreaded helm,
And thou can see it’s only I.
I am a soldier, bound by duty,
A Prince of Troy, of all the realm!
An honour that shall pass to thee.

By Roaring Rudra did we come,
As crimson hands beat bloody drums,
With howls we bade,
The widows made,
To mourn their fathers, husbands, sons.

As Maruts we descend the Storm,
In Indra’s Warband, bound, oathsworn,
Our tempest looms,
Foreboding doom,
For we are by Thunderbolt born.

The works of Wrathful Ares waged,
The price of glory duly paid,
On Trojan shores,
In bloody wars,
That bid our memory never fade.

To drums of Sparta did we dance,
Ashen spears in our hands,
By rhythm stepped,
Embracing death,
Under Auspices’ command.

As Wolves of Murderous Mars,
Fighting beneath His crimson Star,
The Godborn Twins,
Did glory win,
When we conquered lands afar.

By Odin’s Ravens did we fly,
On blackened wings in angry sky,
The Wild Hunt,
Bore battle’s brunt,
The Einharjar went forth to die.

By hands of Harii horror held,
By sword and spear men were felled,
With skin dyed black,
In our attack,
By no foe were we repelled.

With Harald Fairhair proved our worth,
Under our banner; Norway’s birth,
Along in war,
With Bear and Boar,
And thus Three Swords adorn the Earth.

By spear and sword we spread our flame,
In Ares, Rudra, Mars’ name,
Odin’s sons,
By battles won,
So too shall we be again.

The Pain of Priam

What wretched fate has fell to me,
That I should beg on bended knee,
In grief and agony I come,
To the man who slew my son.
Against overwhelming odds,
He fought as if born of the Gods,
But he was just a mortal man;
One who lays dead at thy hand.

By the hands that I now grip,
Was Troy of our defender stripped,
Now that body and this pain,
Is all that of Hector remains.
With courage he had filled our hearts,
Brought to us great hope and joy;
He was our greatest Warrior,
But more than that, he was my boy.

Think of thy father, still at home,
Who worried, sits and grieves alone,
Knowing not if thou still lives,
Yet prayers to the Gods he gives,
That thou should return alive,
Amongst the host of the Argives,
In great fame covered, glorious,
Not left slumped and soaked in dust.
Could he bear to see thy death?
To watch his son take final breath?
Could he take the pain at all,
If it were thee dragged round my walls?

All that I have fought for; gone,
To thee o’ black-clad Myrmidon,
So cast away thy crimson mist,
Son of Thetis, grant me this.
O’ Achilles hear my plea;
Give his body back to me

Would you like to be a guest on the show or contribute in some other way? Please do not hesitate to contact us at the email address below. 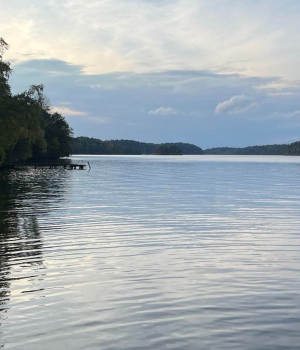 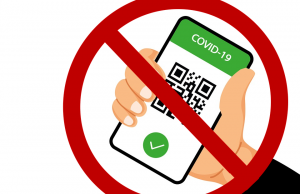