OBITUARY. Nordfront writer Axel Eriksson passed away last weekend. We mourn for him and remember him. 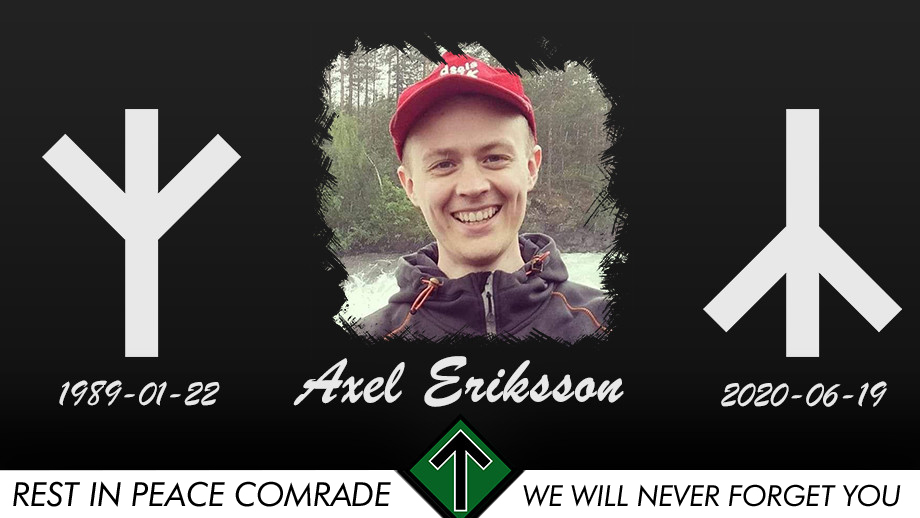 As usual, Midsummer Eve 2020 was a happy day for many people – but unbeknownst to most, it was one of the worst days ever for Nordfront’s editorial staff.

On the 19th of June Axel Eriksson, one of Nordfront’s most loyal and idealistic staff members, passed away aged just 31 after an accident at the gym. He died suddenly and with no forewarning, which made his death difficult to take.

When Robert Eklund called me late in the evening and told me about what happened, it seemed completely unreal. Just a few hours earlier, I had texted Axel in passing about some minor thing on Instagram I thought he might be interested in.

I came into contact with Axel back in 2011 on Flashback, where he wrote many excellent posts and was a constructive figure. His intelligence, idealism and good heart shined through in his writings on the forum, and we communicated a lot privately there after he made contact with me.

One discussion I remember us having on Flashback was about the importance of supporting other nationalists; i.e., that you shouldn’t just sit on forums and complain, but also let somebody know when they did something well and help out when comrades are in need. This was something Axel practised better than anyone else I know.

In the early 2010s, Axel also began to get organised away from the internet in the Resistance Movement. Despite living in a relatively remote location, even by Norrland’s standards, he was active in Nest 6. But it was chiefly via Nordfront that he contributed to the struggle. 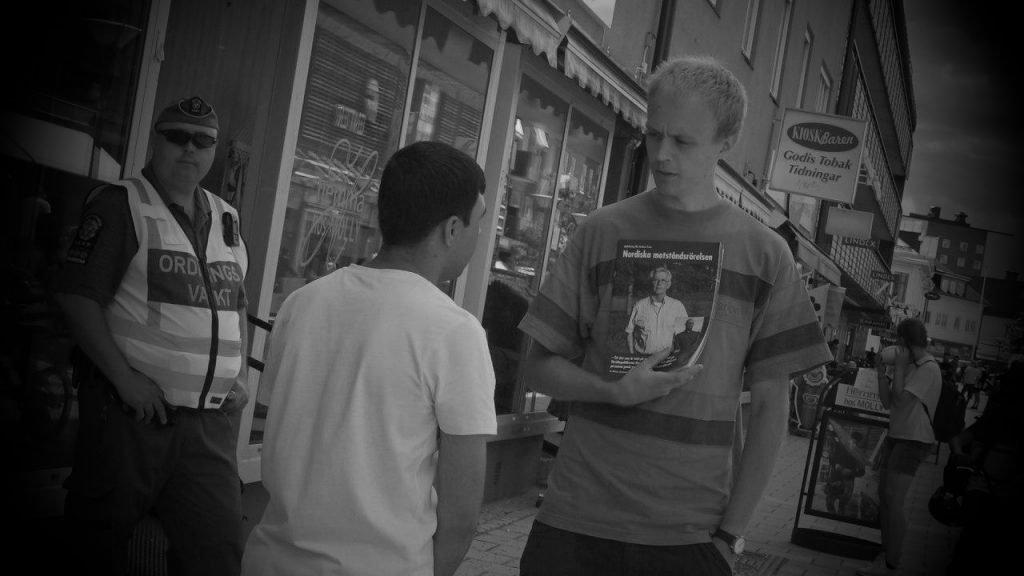 In 2016, when I was still news editor, Axel was recruited to the news department, where he specialised in writing about international events. In 2018 he became part of the main editorial staff, and from 2019 he was the vice news editor under Simon Holmqvist.

Axel was a very humble staff member with many talents. He was knowledgeable about issues such as geopolitics, the nationalist movement (in Sweden, the USA and other countries), sport (chiefly football and winter sports), A Song of Fire and Ice by George R.R. Martin, as well as J.R.R. Tolkien and his works. Simon and I wanted Axel to be a guest on Radio Nordfront many times, but, in typical Norrlander fashion, Axel was a little shy and was hesitant about the idea. However, in spring he promised to take part in an NR Special episode about Tolkien, which we were due to record sometime in 2020.

Within Nordfront Axel was a key member who always had a positive attitude while simultaneously helping to keep things in order. As a quiet Norrlander, he wasn’t very vocal at meetings, but as a principled man he would also speak up when he thought something wasn’t right. He wasn’t a fawning yes-man but an independent-minded person, which was very valuable for Nordfront as an organisation.

One incident that showed what Axel was like as a person and what a big heart he had was the time he offered to donate 100,000 kronor to Nordfront. He did this when calling me up after a meeting in which we had discussed the economic problems Nordfront had (and still has). He wanted to contribute in this way privately, without fanfare, but in consideration of all the work he already did for the struggle, and the fact that there were other solutions, the association chose not to accept his money.

Axel was quite simply one of Nordfront’s most reliable and trusted staff members. If I was ever writing an important article or pondering some major political question, he was often the first person I brainstormed ideas with. He was a person who grew together with me. He gradually took on more and more responsibility and mastered duties he previously believed he couldn’t perform. In every way he was a model colleague who was easy to work with.

Although politics were important to Axel, he also had a private life. He had a family who I know meant a lot to him and now mourn him. He had a regular “7 to 4” job. He loved his native area and was a keen outdoorsman who liked to ski, among other pursuits. He was interested in music, played guitar and sang. As previously mentioned, he also read many books.

All in all he lived a good life and was a very moral person who, despite all other commitments, found time to help with Nordfront for many hours every week. He was one of the political soldiers I recently wrote about. The world is a much poorer place without Axel, and Nordfront won’t be the same without him.

To conclude, there’s also a sad but in some ways beautifully coincidental story I’d like to retell here:

Axel was a long-time reader of the Daily Stormer, even if he – like many of us who followed the site – had some criticism about certain things written there and how the site had developed in general in recent years. But the relevant thing here is that in 2016 Axel told me about a very short article that he thought was worth reading there. The article was about death, and Axel took it upon himself to translate it for Nordfront.

Below is the original article by Andrew Anglin, followed by Axel’s translation.

Know this brothers: you are going to die.

You don’t know how long you will live. But you know, without any doubt, that some day you will die.

When you wake up, remember that you will die.

When you go to sleep, remember that you will die.

When you look in the mirror, remember that you will die.

When you see a girl you like, and ask yourself if you should approach her, remember that you will die.

When you think about your role in this movement, remember that you will die.

When you imagine the worst case scenario, remember that you will die.

When you imagine all that you could become if you put your soul into becoming it, remember that you will die.

Most importantly, realize this: when you are dead, the only thing that will matter is that you did when you were alive.

You only get one shot at this.

Don’t wait until that last second, when you know death is imminent, and wish you would have done everything differently.

Make your life mean something.

Because you are going to die.

Axel has passed. We mourn him, but we can at least rejoice that he lived a good life. He “got it right” – he did his duty. He was an example to be followed, a good comrade and a dear friend. 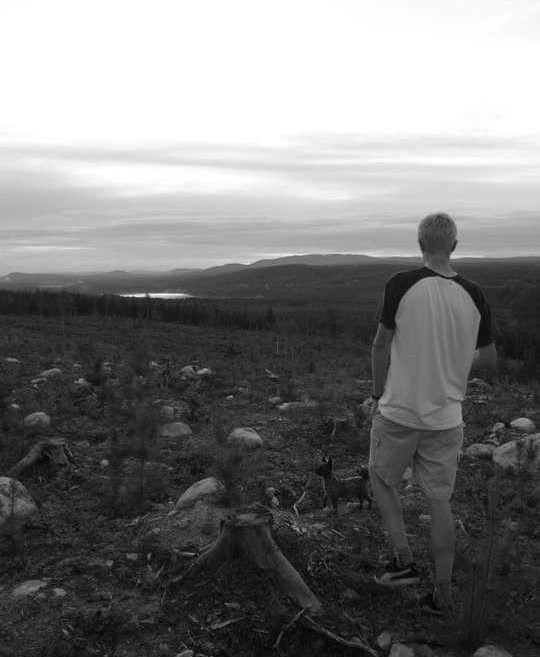