ACTIVISM. A brand new banner was recently unveiled by Sweden’s Nest 4 above the E4 road in the Sundsvall area. 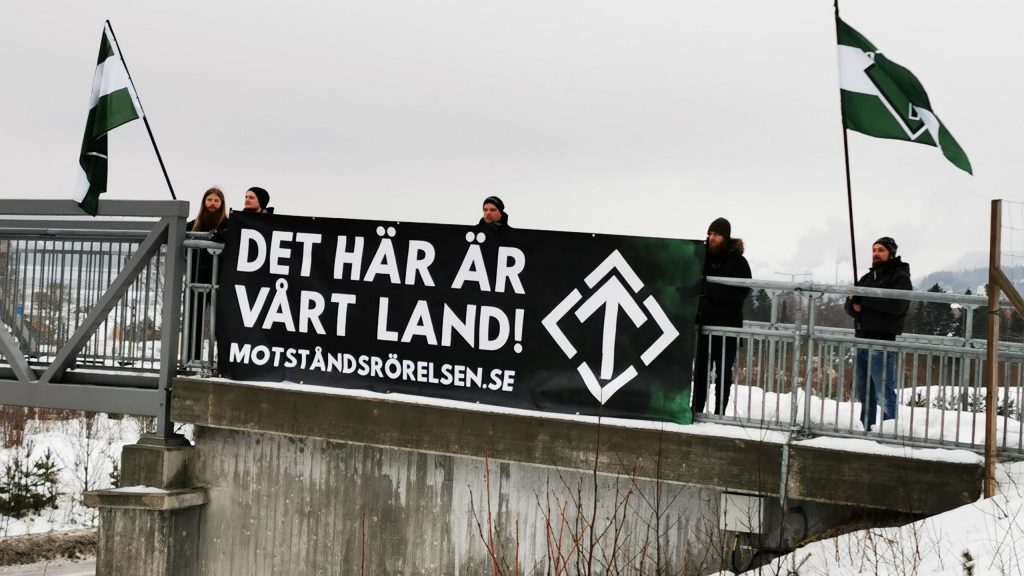 Members and activists met at lunchtime on Sunday, 21 February, in Bredsand, outside Sundsvall, to display a newly acquired banner to passing motorists. The banner bore the message “This is our country!”, written in capital letters, together with a Tyr rune. It didn’t take long for the reactions to come, with many people beeping their horns to show their appreciation – or their dissatisfaction. Frequent thumbs-up followed the car horn beeps, as did some middle fingers.

Someone apparently called the police to the scene, but they were content to drive past and observe from a distance, as the Resistance men were clearly not committing a crime.

The action lasted for just over two hours before the group packed up and relocated to eat together and hold their monthly meeting. When all of the points on the daily agenda had been reviewed, the comrades took the opportunity to phone the Resistance Movement’s oldest veteran, Vera Oredsson, who turned 93 on the day, and sang “Hoch soll sie leben” – a birthday song in Vera’s native German language – on the speakerphone. It was a pleasant and happy way to end a successful day in the struggle.