ACTIVISM. Activists in Randers, Denmark, held a banner action to urge passing motorists to join the struggle of the Nordic Resistance Movement. 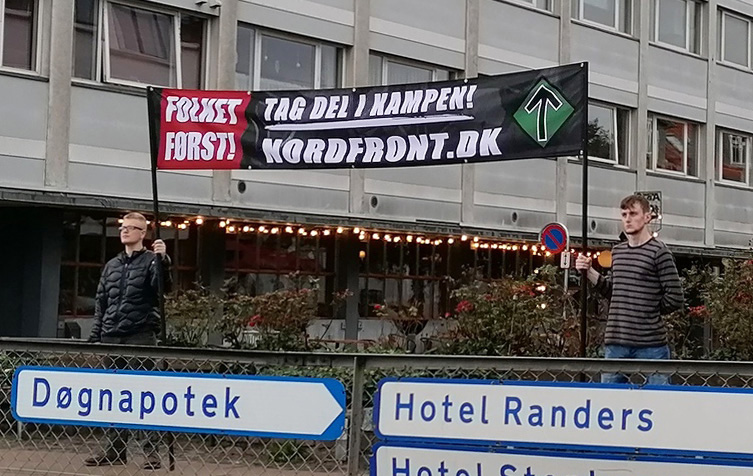 A small group of activists were in Randers on Friday 25 September with a call to the people to join the struggle for a free Nordic Nation.

On their banner was the message: “The people first! Take part in the struggle!” 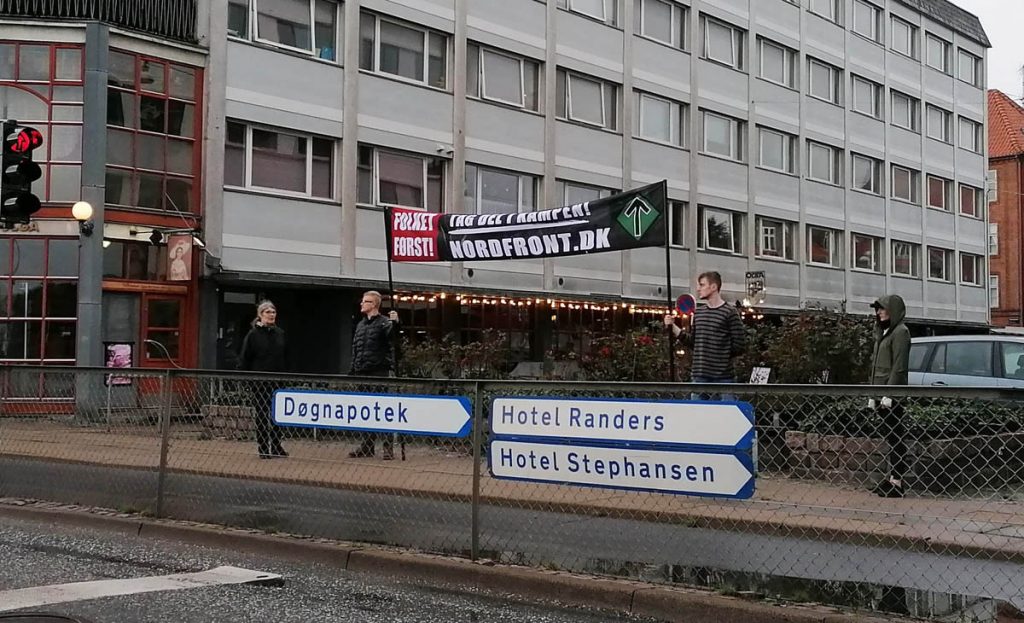 National Socialism is a folk community. A fellowship consisting of the people – defined as biological kinsmen, and not as mass immigration’s imported “new Danes”.

More and more Danes are waking up to the realisation that the current political system does not put the people first.

Join the fellowship and fight for your people’s future! 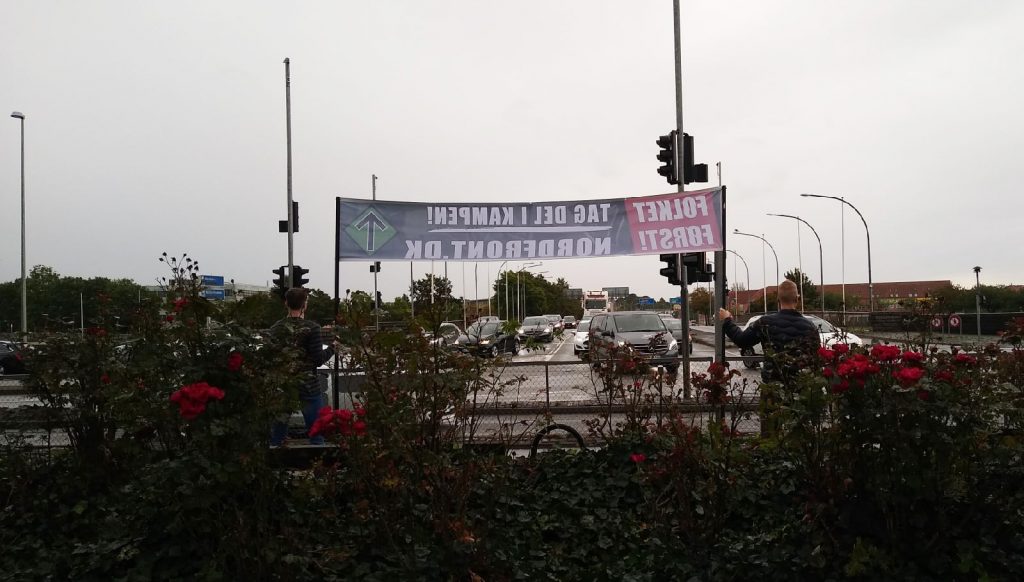