ACTIVISM. A series of banner actions with a variety of messages were conducted in Sweden’s Nest 4 on Sunday, 6 December.

In and around Sundsvall, several groups took up positions at the Birsta retail park and on bridges over the E4 motorway.

Various healthy messages were visible on the banners.

Two groups stood with banners on bridges over the E4, south of Sundsvall, where many drivers expressed their sympathy by beeping their car horns and waving cheerfully. Several people walking across the bridges also stopped and asked questions about the message. 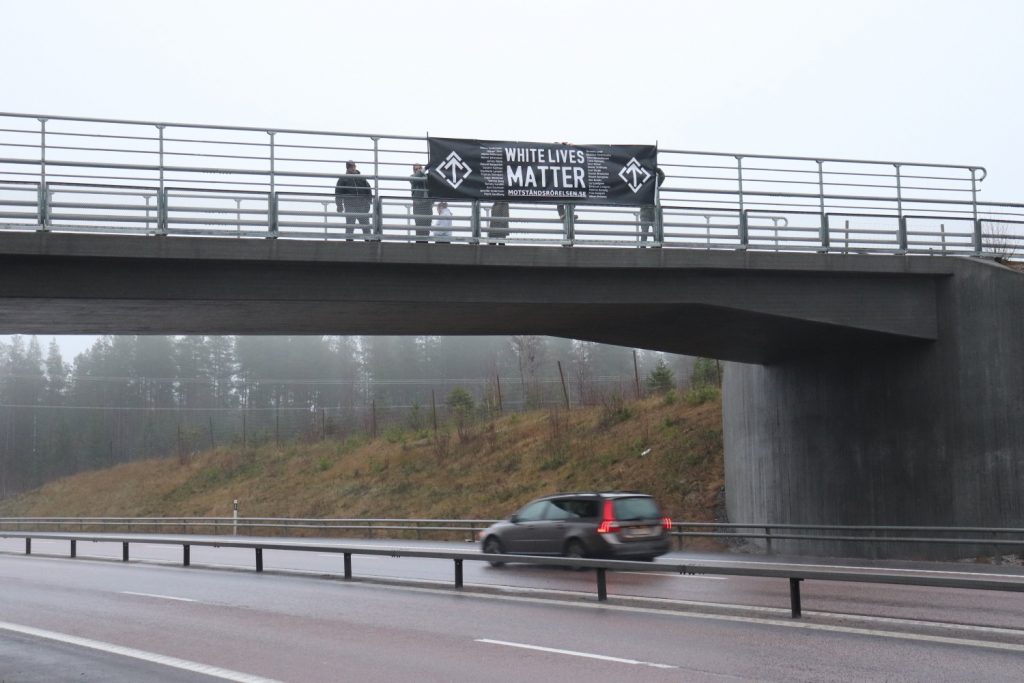 One of the groups went to Birsta retail park, where they stood with a banner for an hour. After a while they got possibly the best reaction of the day, when a driver passed by the banner with a rolled-down window and their arm at a potentially illegal angle while shouting an equally illegal greeting.

The other motorists’ reactions were also largely positive during the action, with both horn beeps and thumbs-up received in response.

While the actions in Sundsvall were taking place, similar activities occurred in Hudiksvall and Söderhamn.

In Söderhamn the police posed a severe traffic hazard when they drove at a snail’s pace in the middle of the motorway to photograph the activists and their banners. 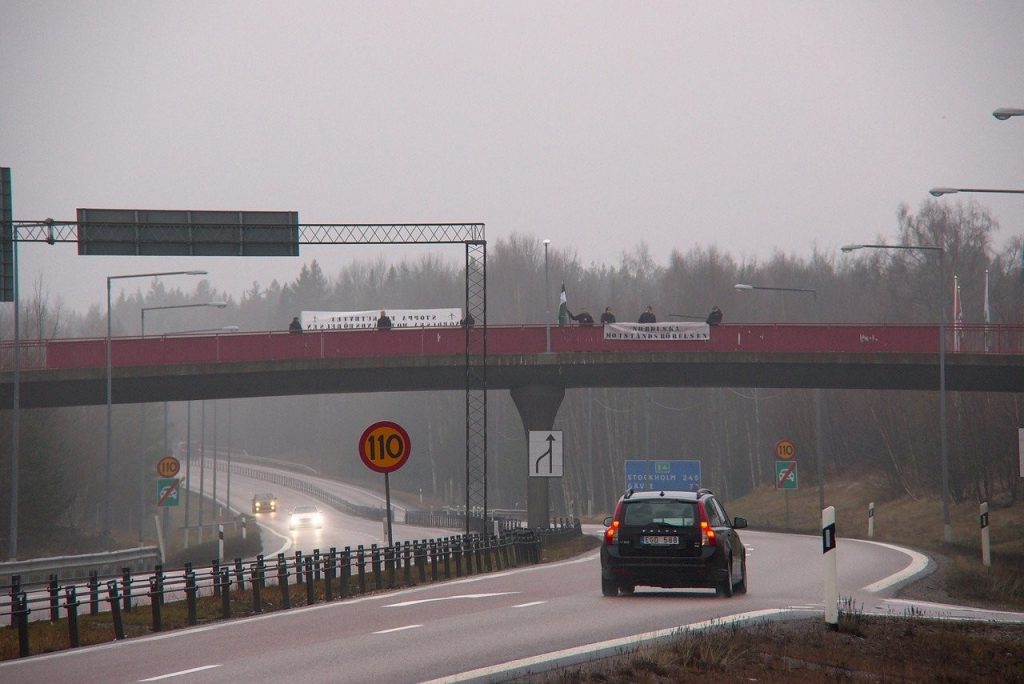 They then continued their journey up to the bridge on a cycle path. Upon reaching the activists, the police turned their blue light on and disappeared considerably faster than they had arrived. 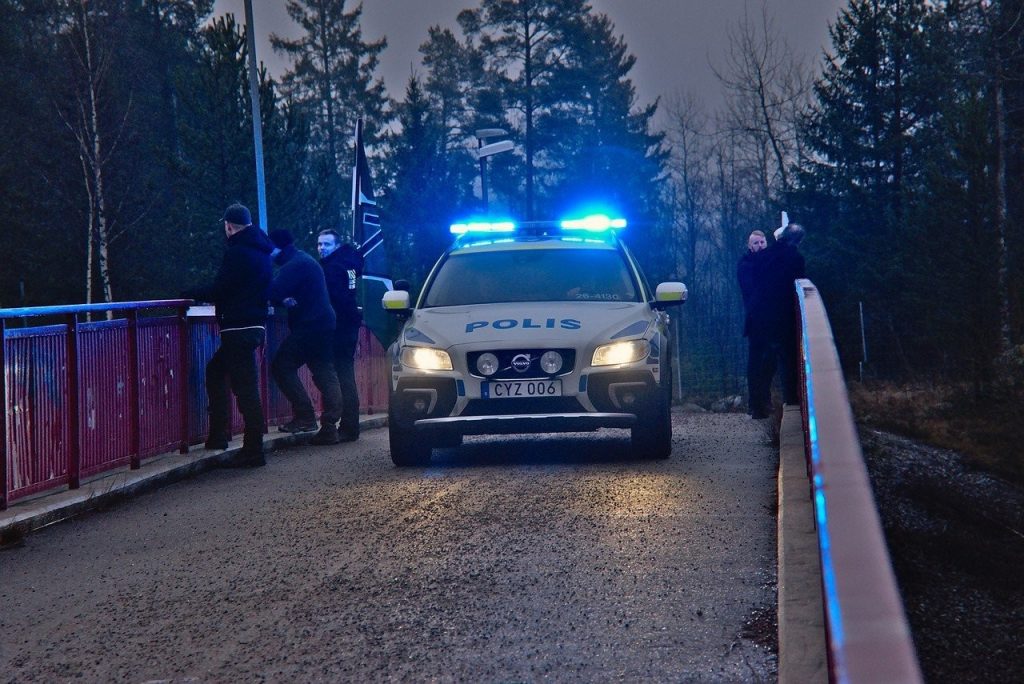 Actions were conducted in five locations in Nest 4 for several hours throughout the day, with several banners also being fastened to bridges in additional places to the manned banner actions.