ACTIVISM. Members and activists from Nest 2 recently held a banner activity on a bridge outside Uddevalla on the west coast of Sweden. 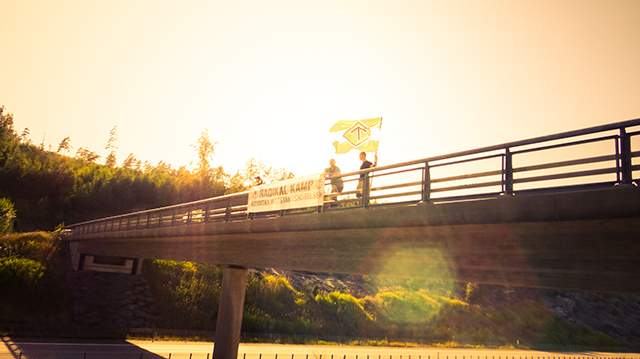 On the afternoon of the 2nd of August, activist group 203 and members’ group 3 performed a joint propaganda activity with banners in the municipality of Uddevalla.

The comrades positioned themselves on either side of a bridge overlooking the highway, bearing the Movement’s flags and a banner with the message: “Radical Struggle – Nordic Resistance Movement”. 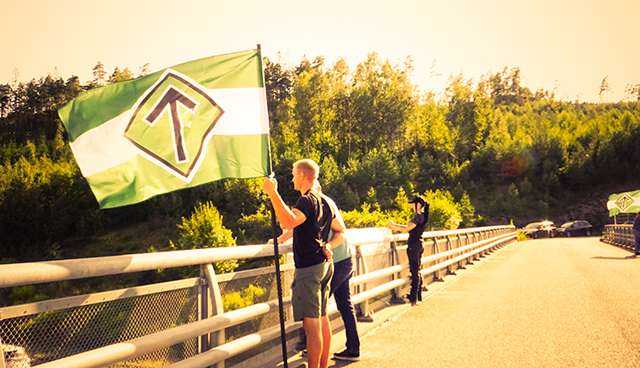 The message was seen by many during the two hours the activity took place and the reactions were mainly positive. Many honked with their cars driving by, showed the thumbs up and even hailed in a way that is considered illegal today. It was indeed a very successful activity that paves the way for the Resistance Movement’s expansion in Uddevalla.