CIVIL COURAGE. A mother in eastern Sweden who fought off six violent left-wing extremists who tried to break into her home has been awarded the Nordic Resistance Movement’s civil courage prize for her exemplary bravery.

Lotta Eriksson, 47, single-handedly defended herself and her family against six armed anti-fascists who attempted to force their way into her home in Nyköping earlier this month.

The incident occurred on Wednesday 18th December at Lotta’s apartment, where she lives with her 16-year-old son.

Lotta has been a nationalist since her teenage years and most recently has been involved in the organisation Right Wing Resistance. Earlier on Wednesday, Lotta’s ex-husband was doxed for being a “Nazi” on an anti-white, left-wing-extremist website.

Just a few hours later, a man rang her doorbell. Sensing nothing amiss, Lotta answered the door to see what he wanted. But upon opening the door, the man suddenly grabbed hold of it and put his foot between the door and the frame so Lotta couldn’t shut it. Five other men then rushed down from the floor above towards the apartment.

Lotta saw that several of the Antifa wore protective vests and had melee weapons in their hands. She realized they intended to attack her and her son, who was in his room playing video games with his headphones on, and tried in vain to close the door.

Instinctively Lotta then reached for the baseball bat that stood behind the door. As the first red forced his way into her hallway, she struck a powerful blow against his head with the bat. The man fell to his knees and tried to protect himself, but Lotta continued to strike him with the bat.

Eventually the pitiful anti-fascist fell back out through the doorway and tumbled down the staircase outside. The other five reds then fled down the stairs and dragged their unconscious companion out of the building.

Since the publication of the original news article about the incident on Nordfront, there has been an outpouring of both admiration and appreciation for Lotta’s brave actions, with many people saying she is a fantastic example for Nordic women, both young and old.

On Sunday, the acting Nest 8 chief of the Nordic Resistance Movement visited Lotta and awarded her the organisation’s civil courage prize, following a decision by the Movement’s leader Simon Lindberg.

Lotta also received a gift from the Movement in the form of a bouquet of flowers and a new metal baseball bat, after the police impounded her old one. 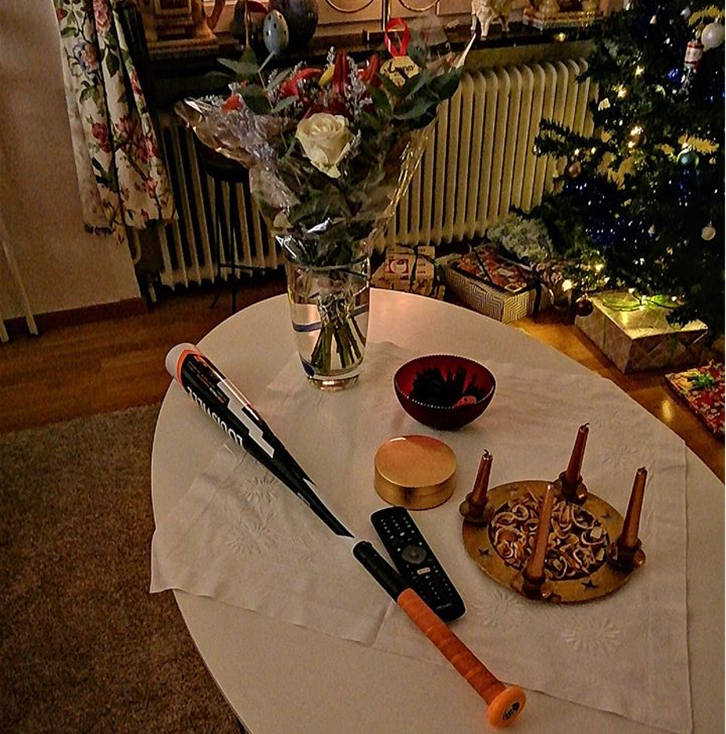 Lotta was subsequently interviewed on Radio Nordfront and spoke about the events that happened during the attack at her flat. On the programme, Simon Lindberg formally announced that Lotta had been awarded the year’s civil courage prize and praised her for her heroic and exemplary actions.

“It feels like getting the Nobel Prize, only better,” Lotta said about receiving the award.

She also took the opportunity to send a heartfelt thank you to all the nationalist comrades who have stood behind her during the ordeal.

Since the attack, Lotta has applied to become a member of the Nordic Resistance Movement.