Home Resistance News Activism Calling for the extermination of Jews? – Several days of activism in...

ACTIVISM. So much activism has been conducted in Örkelljunga in southern Sweden lately that the Jewish-owned lying press felt compelled to lie a little more than usual. Read the whole report from Marcus Hansson here. 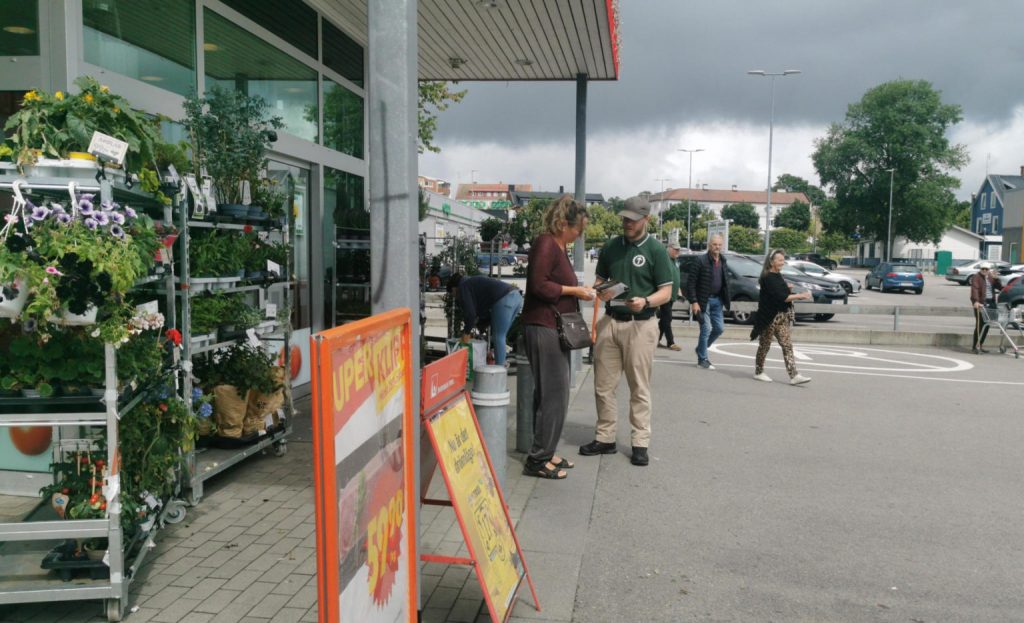 For five days in a row, the schedule in Sweden’s Nest 3 was filled with election activism, which began on Sunday with a visit to the Farmer Days market in nearby Åstorp Municipality.

From Monday to Thursday, electioneering work took place in Örkelljunga Municipality. From the first day in Örkelljunga, the members and activists made a good impression on local people, who recognised them from previous activities. This must have made Bonnier News angry, as the next day the following was written in their newspaper Helsingborgs Dagblad:

The group are said to have distributed leaflets that included a call to ‘exterminate Jews’.

On Tuesday, the same day Helsingborgs Dagblad spread their lies, an elderly man approached during the public activity. He did not agree with the Resistance Movement’s politics, but still thought it was brave of the activists to stand up for them. He had heard the lie about the alleged call to exterminate Jews and asked for all the different leaflets distributed in the municipality so he could read the contents for himself.

Hopefully this will be the start of an awakening for him and many others in the town when it comes to how the Jewish media lies shamelessly about the Resistance Movement for political ends. Not even the police seem to have taken the lies seriously, as they did not bother checking the leaflets that were distributed in the following days.

The schedule for the week of election activism

The schedule for each of the days involved holding a public leaflet distribution every morning, the location of which rotated between various supermarkets in Örkelljunga Municipality. 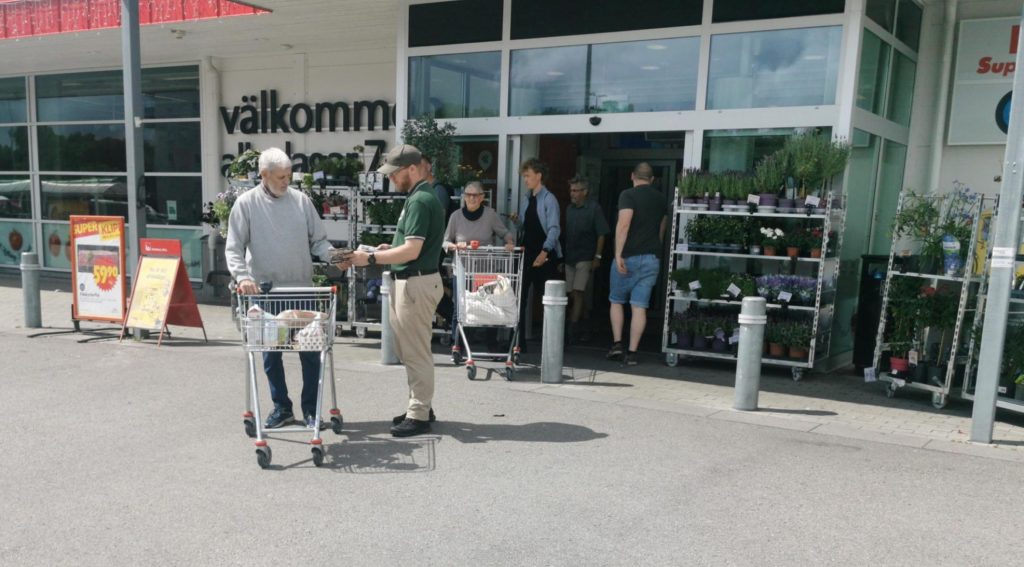 Every day after the public leaflet distribution, we ate lunch together, before delivering leaflets to households. Then we usually conducted some physical training. 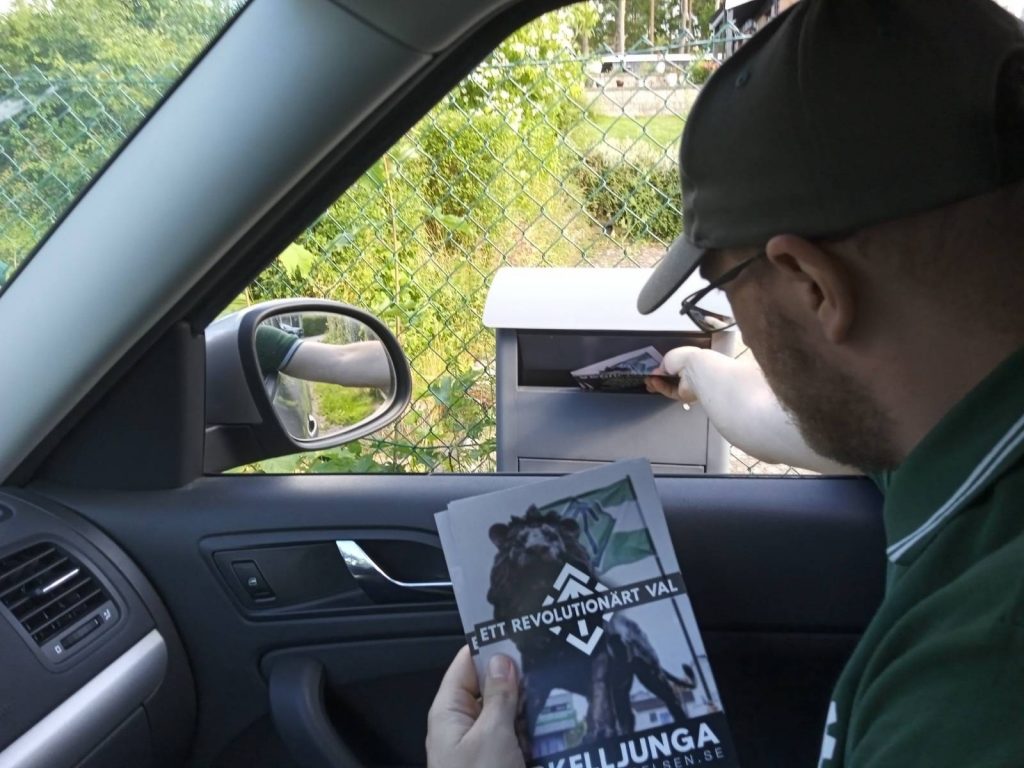 On several of the days, we also took the opportunity to take a cooling dip in some of the municipality’s many lakes. This sometimes became a longer session with swimming. 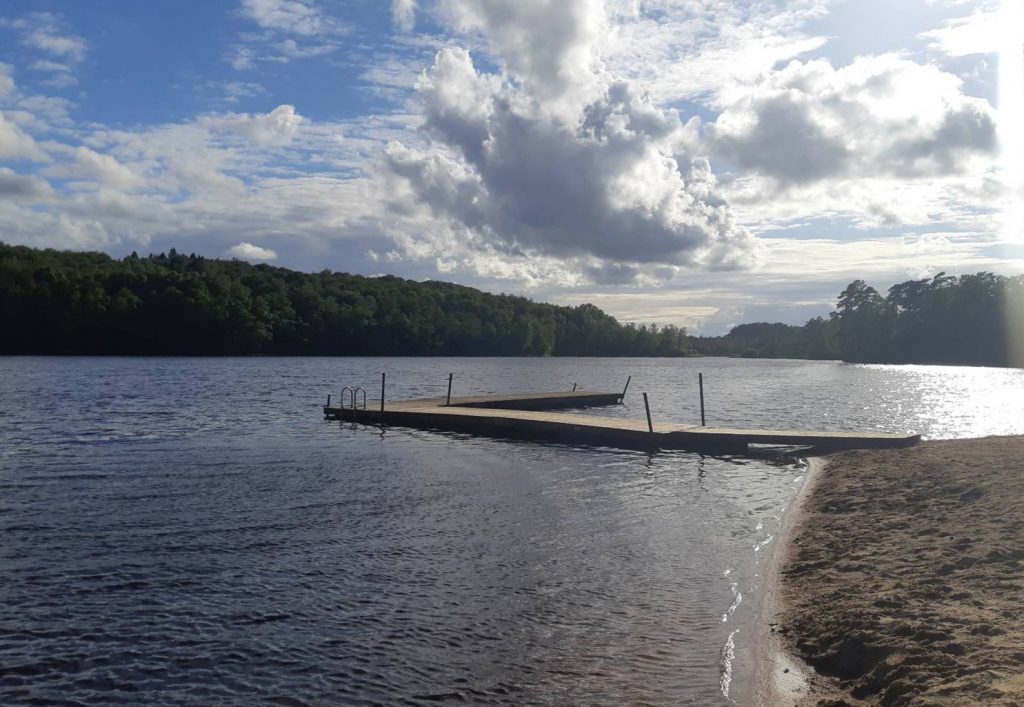 There were both positive and negative reactions over the course of the days. The negative often consisted of women or emotional, passive-aggressive men. They said they liked refugees, but when they were asked if they opposed the bombings of Middle Eastern countries by the democratic republic of the United States that created these streams of refugees, no disavowals were forthcoming. 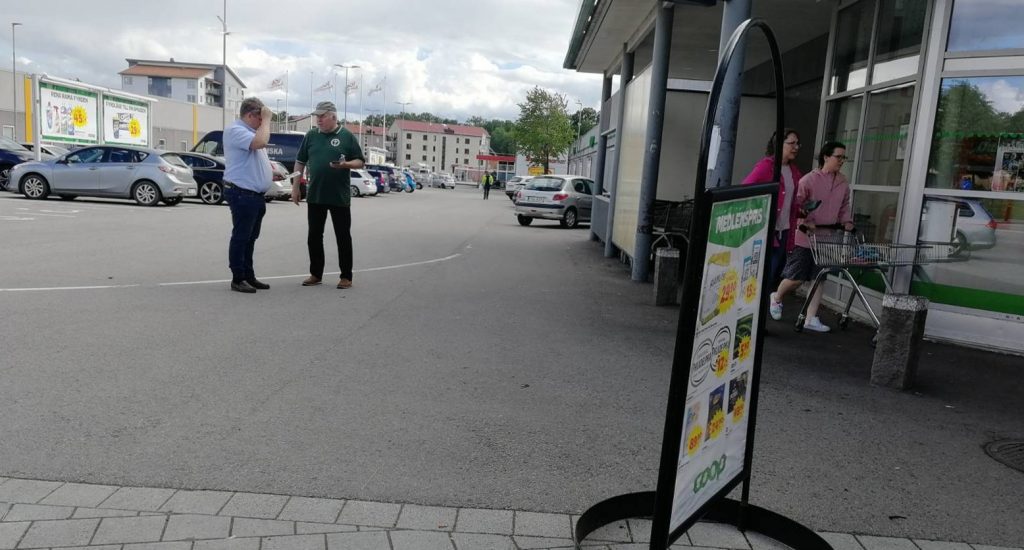 Some people were not familiar with the Nordic Resistance Movement or the fact that we are standing for election. They opted to take leaflets from the distributors and said they would read them when they got home.

As the days went by, some people at the public activities said they had already read the leaflets, as they had been delivered to their mailboxes when several smaller communities in the municipality were covered earlier in the week.

Örkelljunga is visited by a lot of Germans during the summer, but there are also a number of Danish-born people who live in the municipality or who visit during the warmer months of the year. The Danes were informed about the Danish branch of the Nordic Resistance Movement, while the Germans were told about healthy alternatives in Germany. 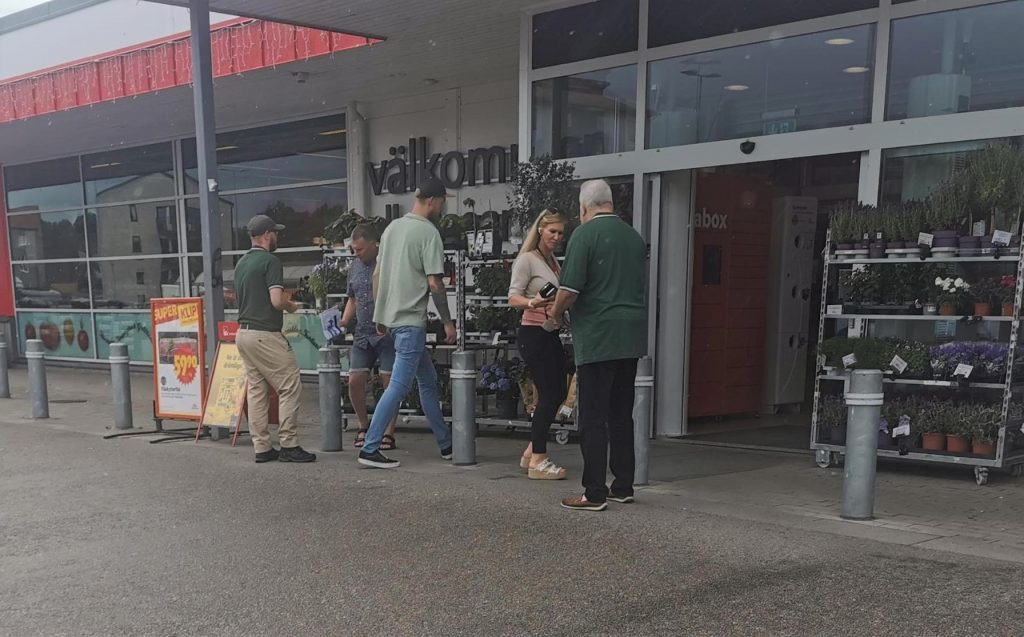 Mixing business with pleasure proved to be a successful concept for those of us who were most active. It also led to improved solidarity, because we lived, ate, trained and conducted public activism together for several days in a row. Several similar weeks of electoral activism will hopefully be held in Örkelljunga before the election in September!