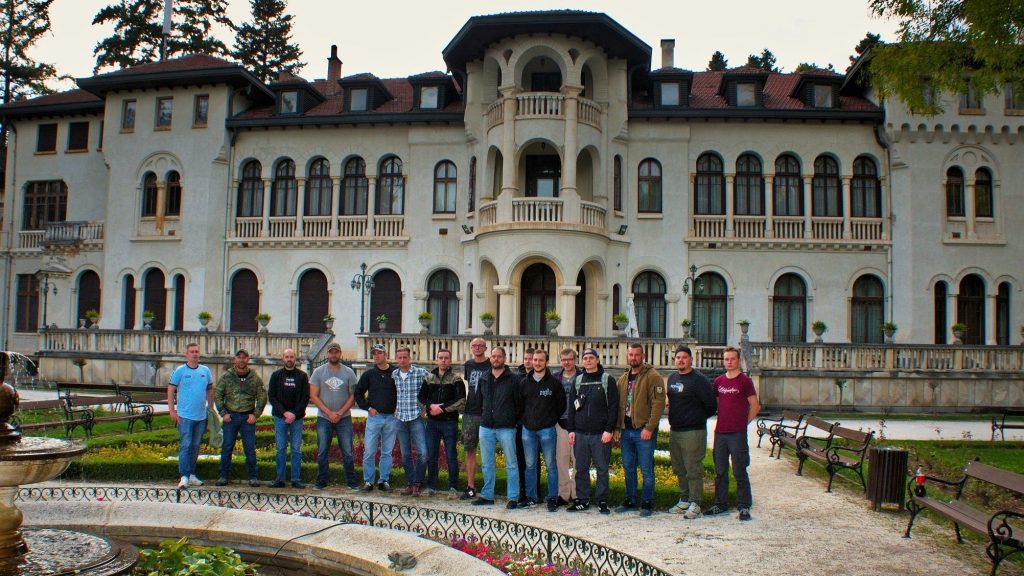 On 25 September 2021, the Nordic Resistance Movement was officially invited to Sofia by the Bulgarian National Union (BNU), who were celebrating 20 years of continuous activity as an organisation.

Representatives from the Swedish branch of the Nordic Resistance Movement attended the celebration, which took place at the BNU headquarters. There, Nest Chief Pär Sjögren presented a document signed by the Resistance Movement’s leader Simon Lindberg, congratulating and praising the BNU for their diligent work. 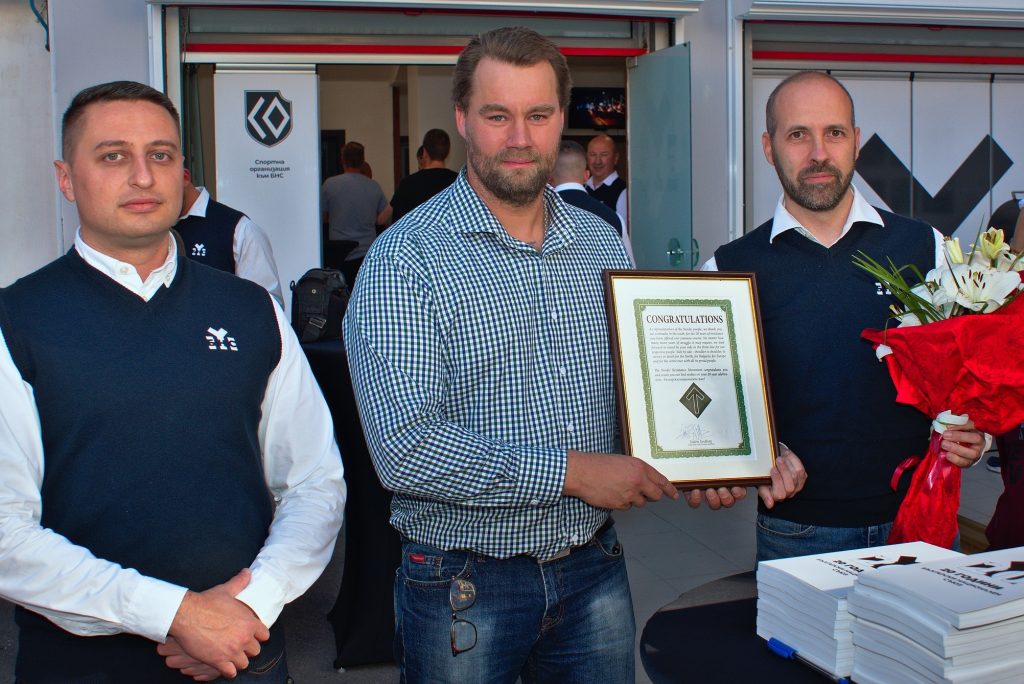 In honour of the day, the BNU had produced a well-illustrated twenty-year anniversary book. Although written in Bulgarian, the foreign guests could still follow the contents via the photos that accompanied the Cyrillic letters. This may be another reason to study the language. As for me, I could thank my friends for the book in Bulgarian: Blago daria (Thank you very much)! 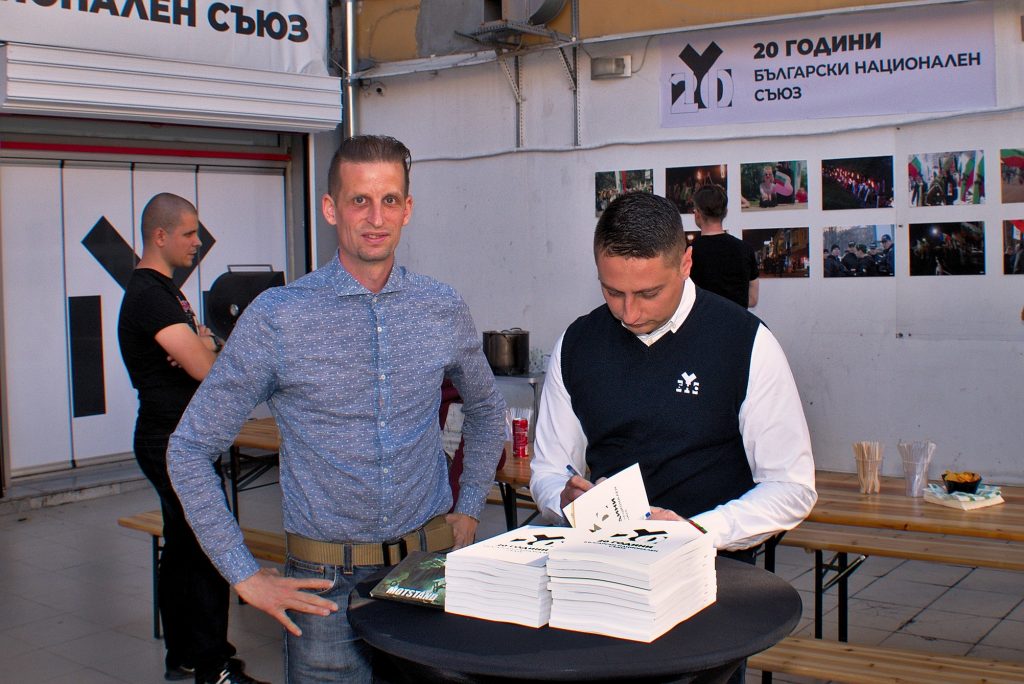 Although the BNU celebration was the main event of the trip, the stay in Bulgaria also provided several unique experiences. These included hiking on Vitosha mountain, meeting with other foreign guests and visiting historical landmarks. Before I recount these events, I would like to relate some observations on Bulgaria.

On the final day of the trip, a Bulgarian friend of mine from the BNU took time off from work to meet for one last meal. He mostly works from home, running his own business, and can organise his time in a flexible way. I described the state of the current political repression in Sweden, including how the media attempted to get a dentist fired because he was allegedly involved in the Resistance Movement. It almost seemed like my Bulgarian friend did not believe me:

“In Bulgaria, no one cares,” he said. “If you’re a good dentist, your patients are happy, whatever your political beliefs.”

My Bulgarian friends can print their names on business cards and represent companies while being politically active and appearing in the media. There is no sign of the social panic and ostracism of dissidents that we see in Sweden.

The police act professionally to the degree that they do not take sides or provoke my Bulgarian comrades when they hold demonstrations. The politicisation has not gone as far within the legal system either. On several occasions, my friends in the BNU have fought cases in the courts and won verdicts in their favour according to the law, and not according to vague interpretations and ideologically motivated “court activism”.

The fear of associating with groups more “extreme” than your own is something we mainly see in our northern latitudes. In Bulgaria, the BNU can collaborate with other organisations, for example at cultural events. Smaller TV channels and newspapers broadcast generous TV spots featuring the BNU, and the organisation has also been the subject of interviews and live broadcasts on major TV channels.

Of course, there are also problems and difficulties associated with the Bulgarian National Union’s political struggle. This can include the unwillingness of the pacified population to understand the current state of affairs and become active on a voluntary basis. Just like in the Nordic countries, people are occupied with their own lives. No revolutionary societal change is close at hand.

It is always inspiring to exchange experiences with friends from the BNU when we visit this special country. You can relate to many of their issues, and the meetings provide new perspectives. In addition, I can say that we always have fun, with the days often being filled with interesting events. 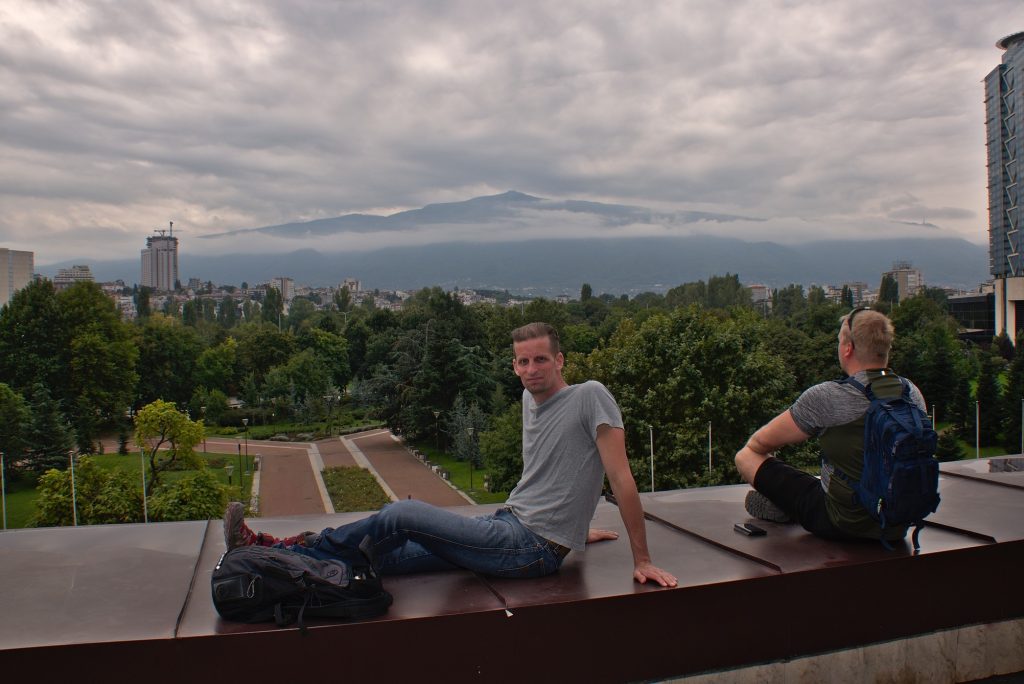 On Monday 27 September, the weather forecast indicated it would be a good day for an excursion to Vitosha mountain. Vitosha stands 2,290 metres above sea level at its highest peak – making it taller than Kebnekaise (Sweden’s highest mountain) – and it decorates the cityscape from multiple angles. From Sveta Nedelya Church, you can walk along the appropriately named Vitosha Boulevard to the monumental communist building that houses the National Palace of Culture. The mountain is visible the whole way, stretching towards the sky.

My Resistance Movement comrades and I were happy to finally have the time to set foot on the mountain. The recommendation was that we should walk from a place named Golden Bridge to the Kamen Del peak, which, at 1,862 metres above sea level, offers the best view over the capital.

But our party took another path, directly towards the highest peak on Vitosha. The sun was shining, and it was so hot that we could go shirtless and obtain some Vitamin D. The system camera captured some landscape shots and portraits of me and my companions. Unfortunately, we were missing a wide-angle lens for the camera, something that may serve as a reason to come back next time. A tripod for taking a panorama photo would also be very useful to bring along. 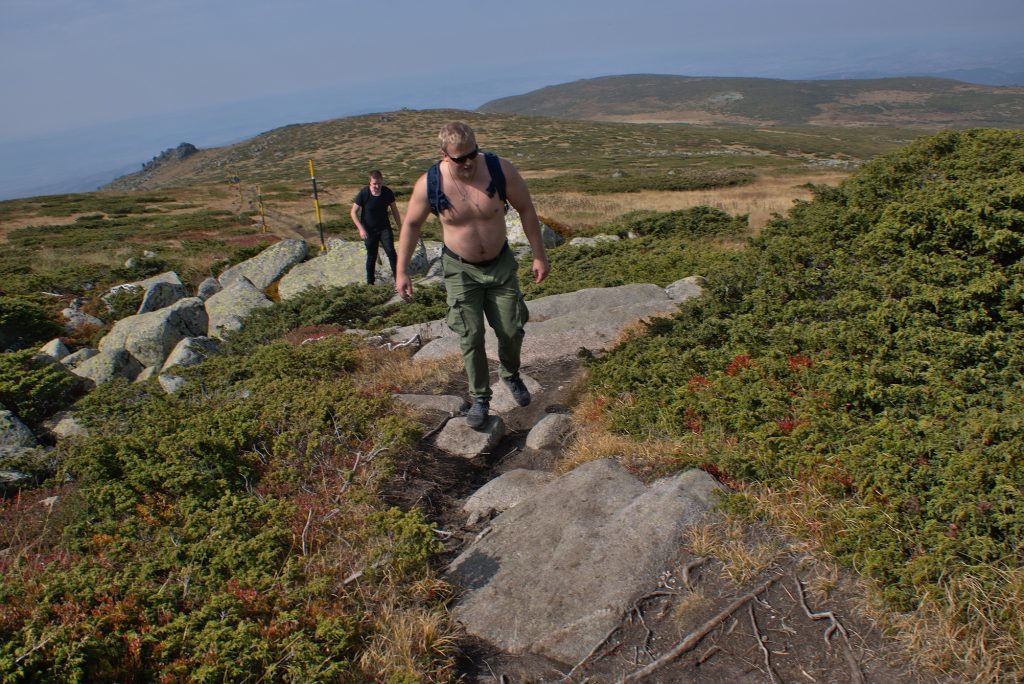 The descent proved to be a pleasant hike until we reached the tree line. Our timekeeping was a little optimistic, as we had neglected to consider how soon the daylight would cease. When we reached Boyana Waterfall, we had to rely on the light from our smart phones. One wrong step could have led to us skidding down a steep ravine, with the survivors being left with a short biography to write. A few kilometres navigating through the dark miserable terrain eventually brought us to some illuminated houses and roads.

The famous Boyana Church, located in the civilisation outside the forest, was a good place to choose for recouperation. Our Bulgarian friend from the BNU ordered us a taxi from a distance, as the taxi app didn’t work high up on the mountain ridge. For us, the 49,000 steps we had taken thus far on the hike were enough. There was no “turbo taximeter” in the car, and we were happy when an honest sum of 14 Bulgarian lev was requested for a little over 10km of driving. The driver complained about gypsies causing problems, and we gave him 20 lev for the ride, with grateful smiles. 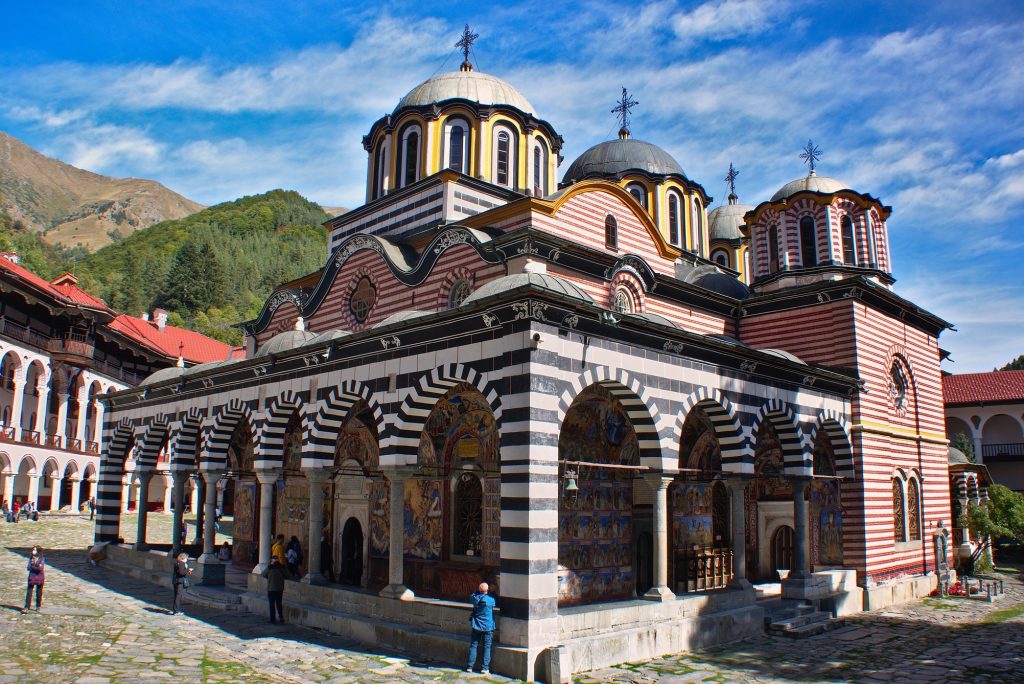 Together with other foreign guests from Germany, Romania, France and the Czech Republic, we socialised and went on excursions. It was impressive to see the Monastery of Saint Ivan of Rila. The heights enclosing the beautiful monastery, with their magnificent and varied vegetation, can best be described as a magical experience.

Walking in the park of the former imperial residence was also not to be forgotten. This was not the typical place you end up as a regular tourist in Bulgaria. It was also a special experience when Plamen Dimitrov, the BNU leader in Sofia, invited us home one evening. We exchanged philosophical thoughts into the small hours and started conversations that will no doubt continue at future gatherings.