HIKING. Sweden’s Nest 2 hiked along sections of the Bohusleden trail again on 22 May. This time it was a somewhat tougher challenge than before. Alexander Almroth recounts the trip.

During the planning of this hike, I noticed this would be a much tougher stretch than those we completed earlier in the year.

As such, I saw it as a perfect opportunity to test my comrades’ abilities when faced not only with the physical challenges of walking more than 18 miles in considerably hilly terrain, but also their mental strength.

On the first day, we were told that neither nicotine nor food would be allowed until we reached the campsite and completed some simple tasks.

The first thing we came to shortly after starting the hike was a very steep path up to a small mountain. However, this was only the beginning, as the next 12 miles consisted almost exclusively of uphill slopes followed by swamps.

Despite the hard trials the day brought, we were all still in good spirits, and group cohesion did not seem to be affected by either the lack of food or nicotine (for those who usually needed it).

An extra bag was also brought and passed between us during the walk. The bag wasn’t just carried to make life harder for everyone – it also contained the tarpaulins we needed for building our camp later on. 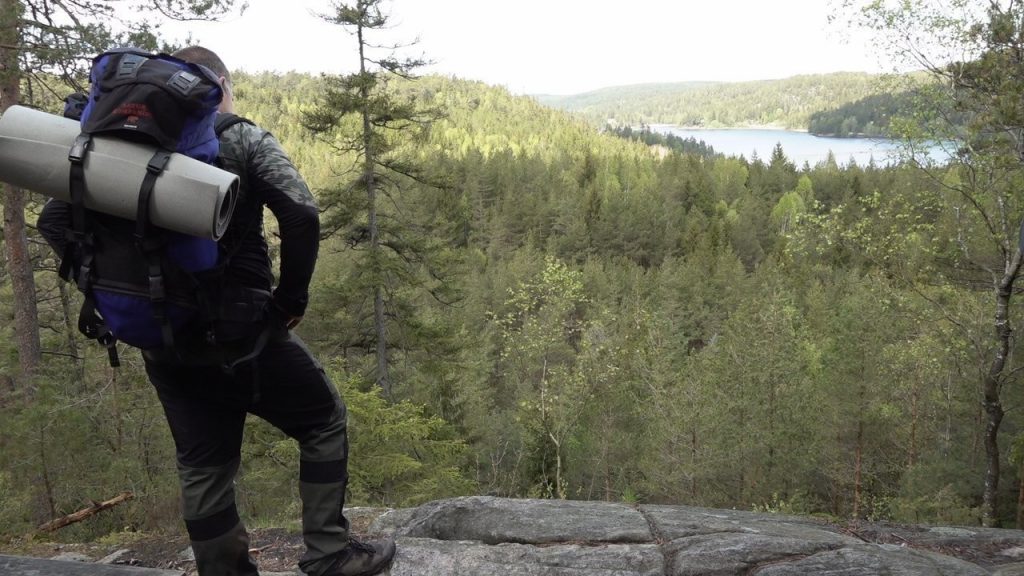 When we reached the spot where we had chosen to spend the night, everyone quickly threw off the bags they had been carrying for over ten hours. We had a short rest and then set up our temporary windshield as quickly as possible and lit a fire to warm our wet feet. 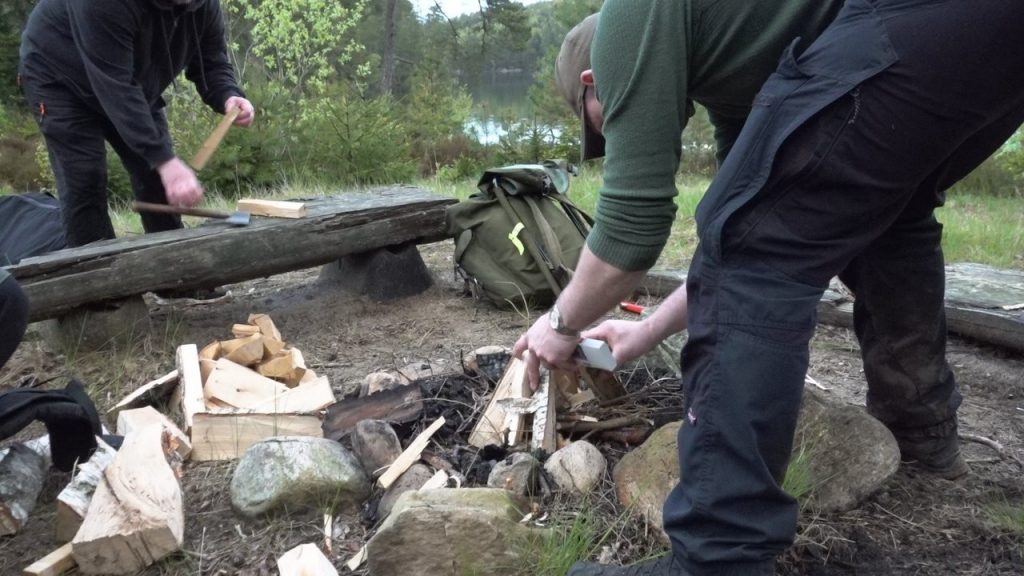 When these two tasks had been completed, Nest Chief Sigvardsson gave the green light for both food and snus. Like the good leader he is, he had also brought various types of snacks, which he offered to his men. There was much happiness all around when everyone finally got to enjoy their well-deserved dinner.

Many hours were spent in front of the campfire, with the comrades discussing the day and singing different types of fighting songs together. 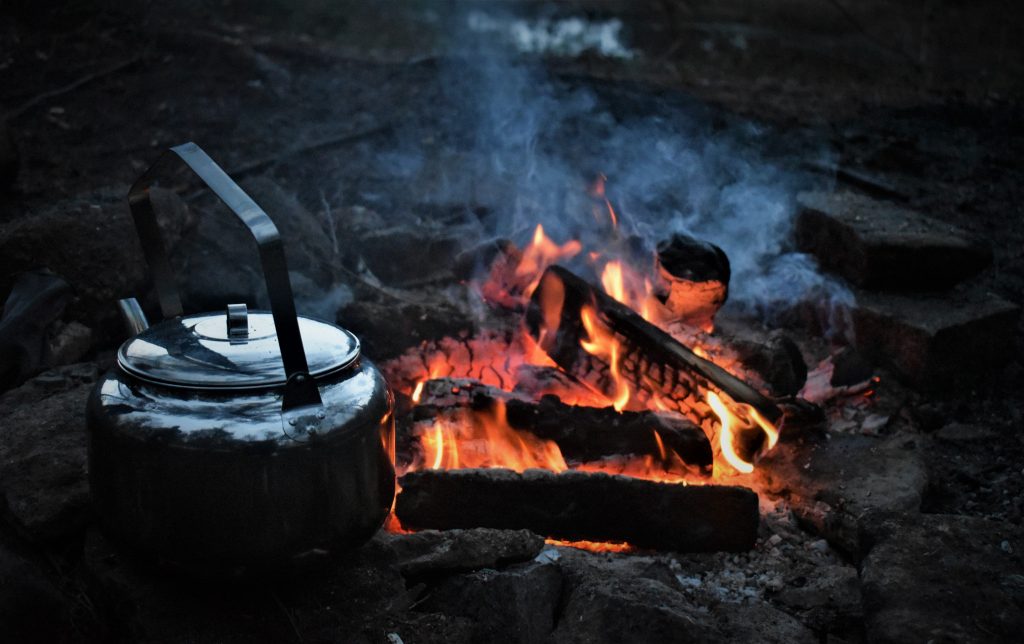 Exhausted as expected, everyone then got a good night’s sleep to the sound of heavy rain showers against the tarpaulin – which at least protected us from the rain to some extent.

At 4 a.m., we woke up and discovered that a lot of water had leaked into our shelter. Several people’s shoes and packs were soaked, and there was nothing to be done except make a fire in an attempt to produce some kind of heat.

Breakfast was consumed quickly by the fire, before it was time to conclude the weekend by walking the last eight remaining miles. 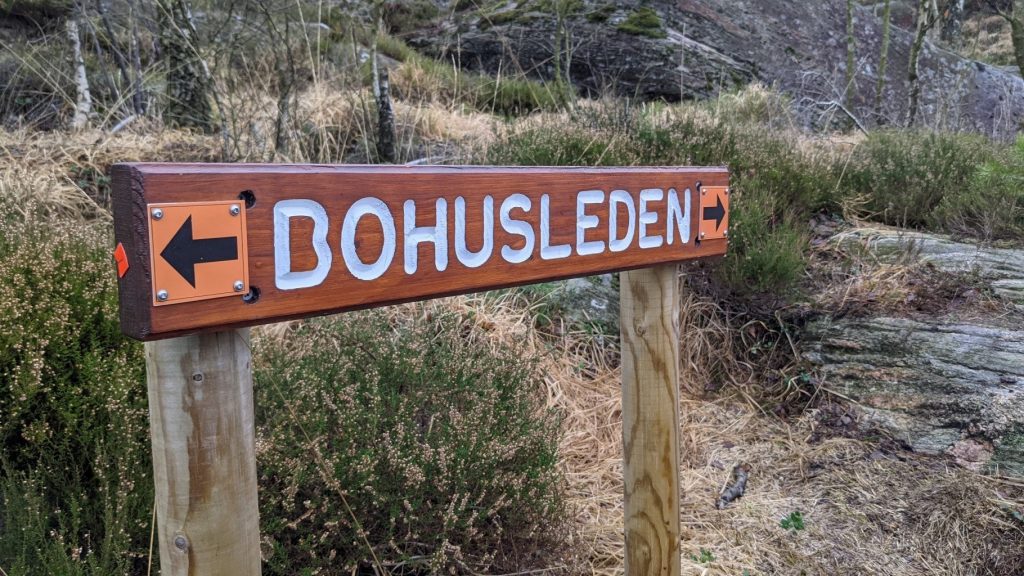 As with the previous 12 miles, this last stretch also largely consisted of swamps; however, the only option was to march on, and that’s exactly what was done.

For my part, this was one of the hikes I will likely remember for the rest of my life – both because of the challenge and the good camaraderie. I want to thank my comrades who went on this journey with me; you fought through it well!