RESISTANCE MOVEMENT. Activists from Nest 1 took part in an outdoors activity that challenged both body and mind on the weekend of 7–8 March.

Saturday began with the organiser giving the group some information about the purpose of the exercise, which was to test physical and mental limits, as well as to strengthen team cooperation.

Essential items were restricted and backpacks were filled for one primary purpose – to serve as an extra weight to be carried during almost all exercises. All mobile phones and watches were collected so no one would know what the time was or how much time had elapsed during various exercises. 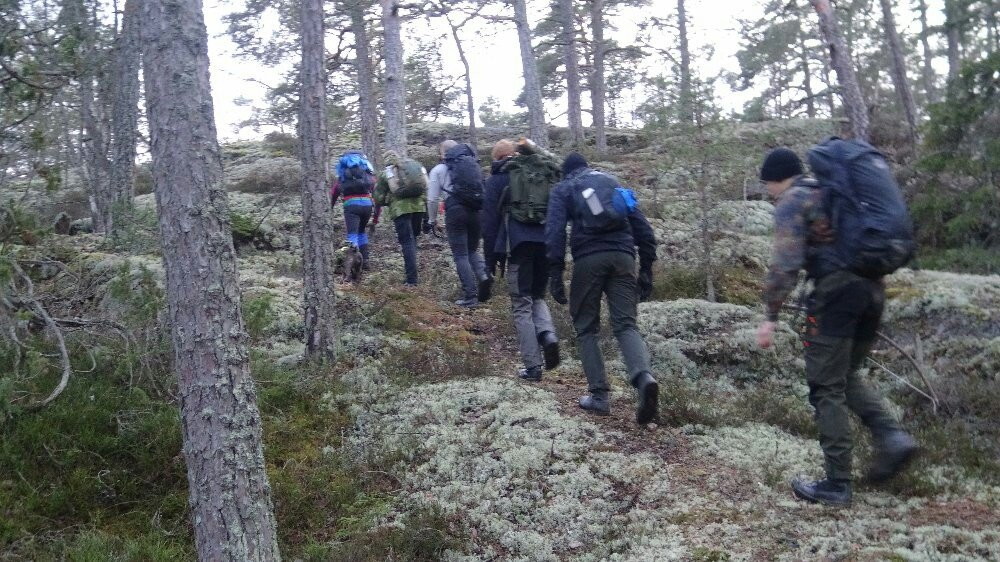 Throughout the weekend no plans were communicated to the group in advance. The participants also found out that provisions would be limited to three litres of water and 200 grams of soup per person. In a related activity, they were taught how to mix their own rehydration fluid, which was made in 1.5-litre bottles each. 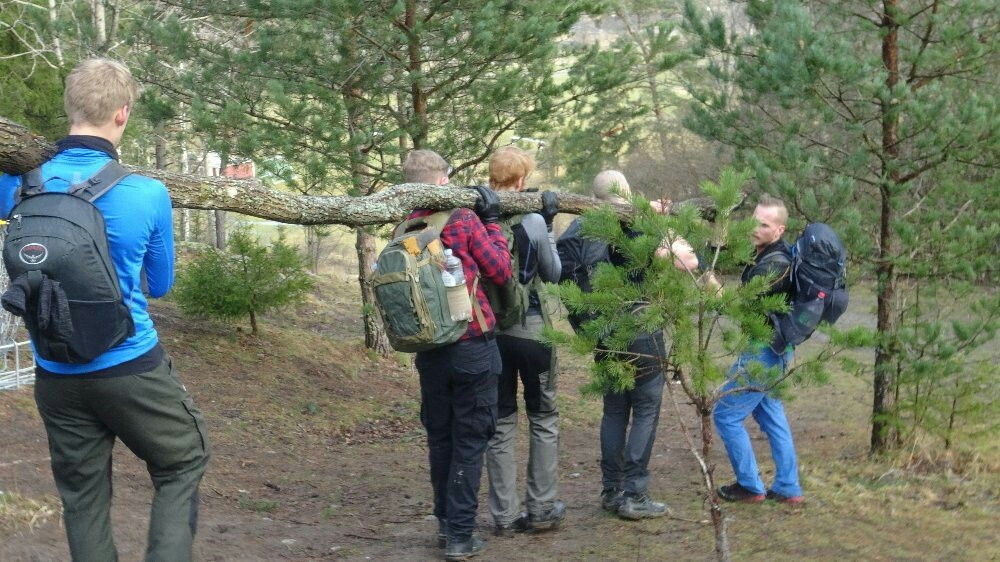 The morning was devoted exclusively to physical exercises on hillsides. The first exercise involved the participants carrying a heavy log on their shoulders up and down a hillside before doing squats while holding the log.

Next they carried tyres, both on their shoulders and high above their heads. 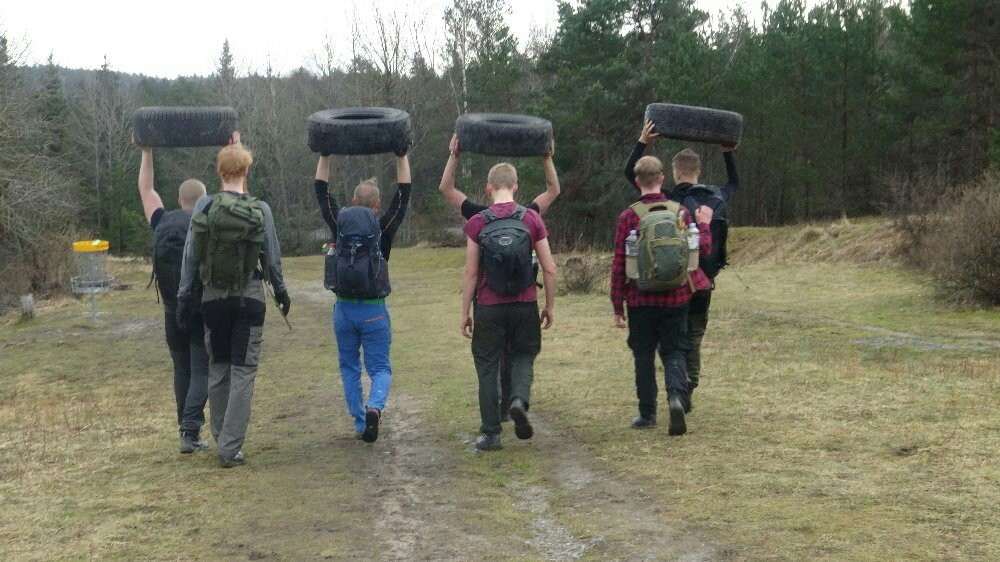 Because activists are often pepper-sprayed by the police at demonstrations, it’s an important experience to know what it feels like. As such, the next exercise involved all participants being pepper-sprayed in the face together. Everyone stood in a row and after being sprayed they were made to do push-ups before washing in the freezing water in a nearby lake. 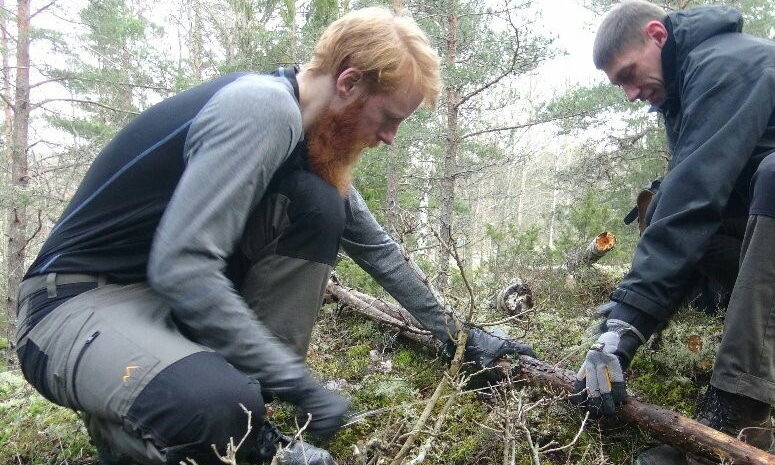 The afternoon was spent strengthening cooperative abilities, including building a stretcher made only from a rope and material from the land.

Afterwards the participants began a fast-paced three-hour march, half of which was across very hilly terrain. The group eventually reached a shelter and were looking forward to a little rest, only to be instructed to walk deeper into the forest. There they had to build their own campsite and shelter using spruce twigs as insulation on the ground, as bedrolls and sleeping bags were not included in their equipment. 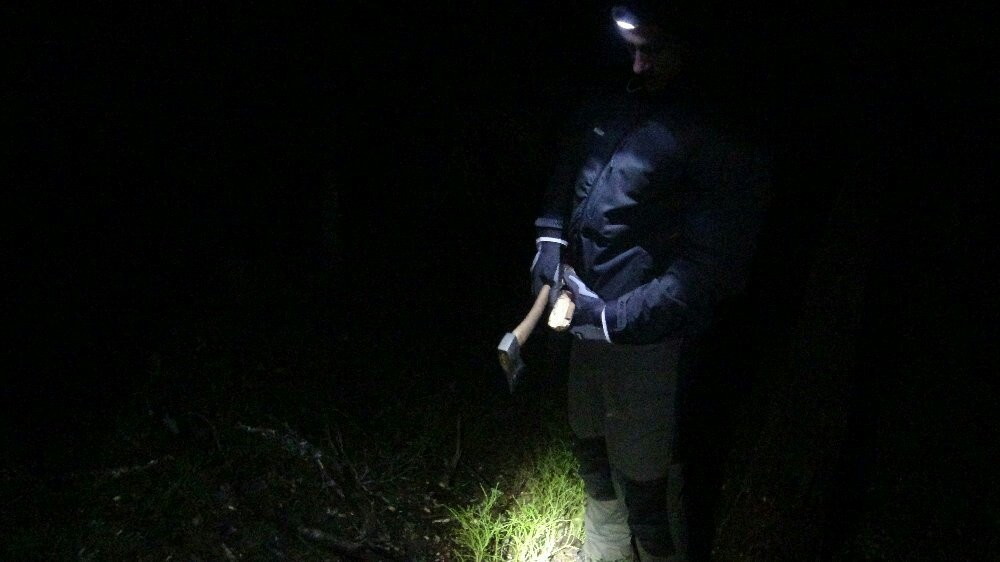 At 10 p.m. the participants were allowed to rest and eat their soup. The essay The Political Soldier was then read in the light of the fire.

With the temperature dropping below 0°C, the activists had to lie packed tightly together in the shelter to keep warm. By 3 a.m. the group had gotten 15 minutes’ sleep at most due to the cold, so the order was given to get up and dismantle the camp. 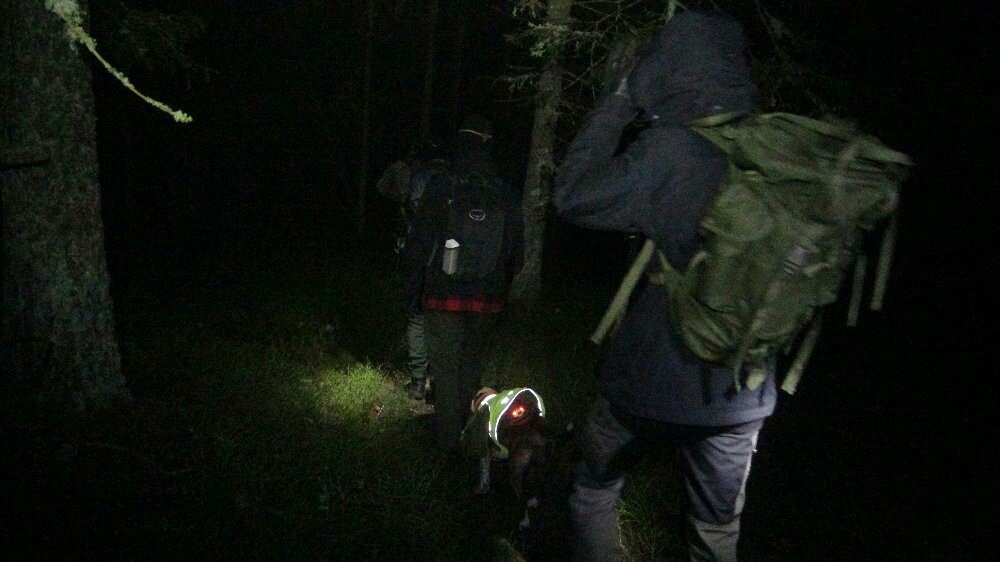 At 4 a.m. the group began marching back to their starting point, where the past 24 hours were summarised. All the participants were tired but happy with an educational day of strengthened comradeship and individual achievements. 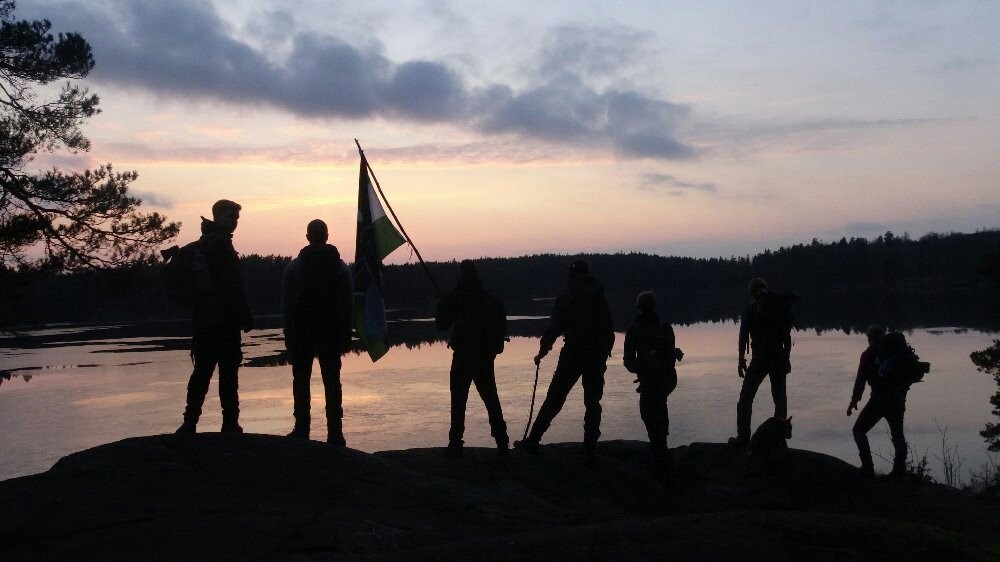 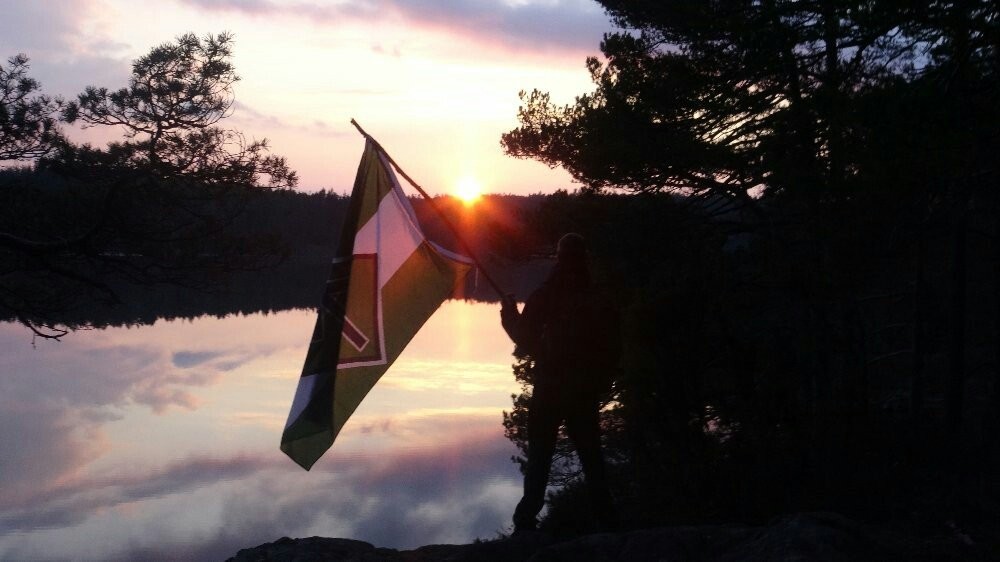 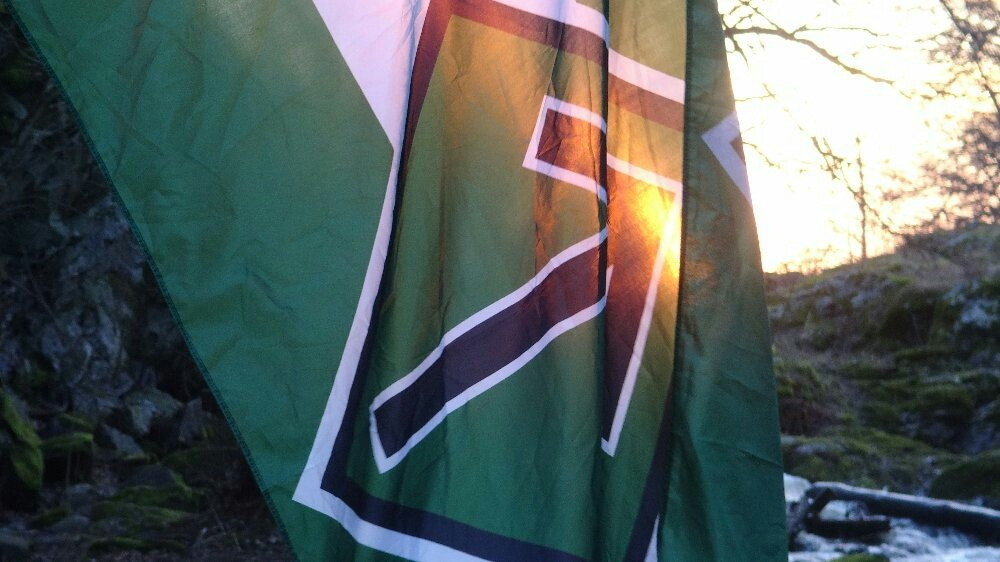 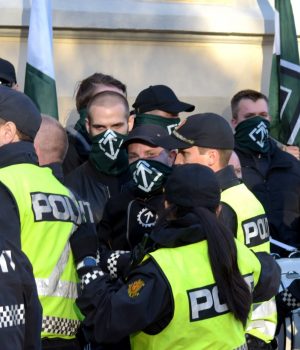