ACTIVISM. Sweden’s Nest 3 reached out to fellow Swedes who have been betrayed by the system in favour of racial foreigners. 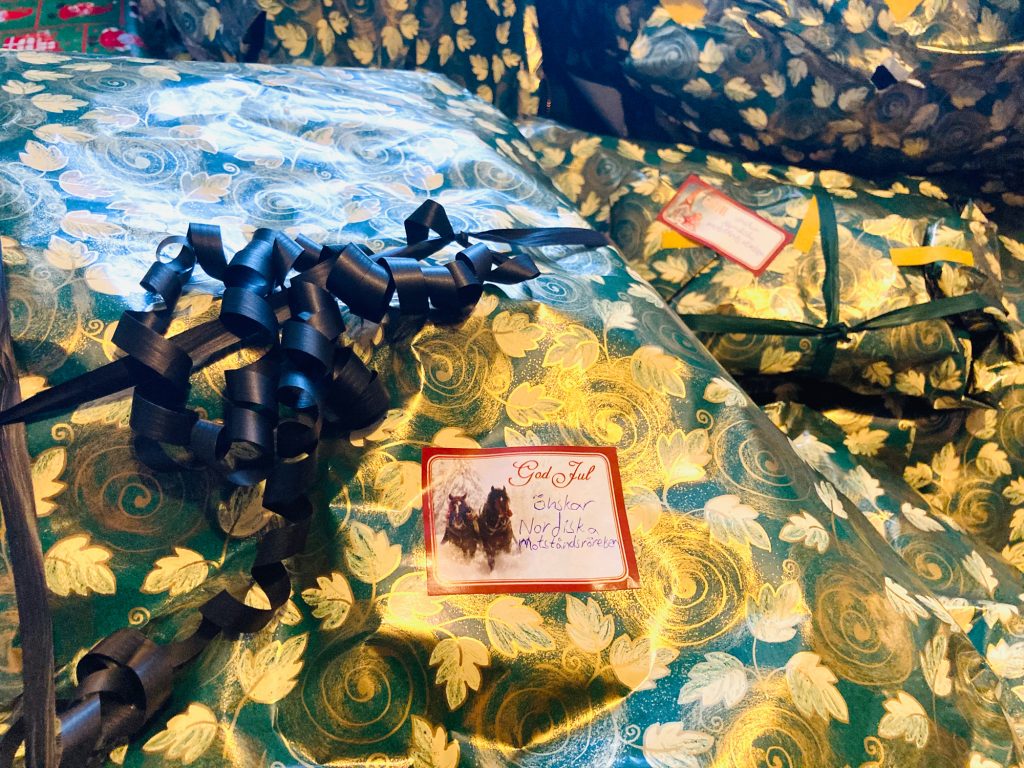 During their Yuletide dinner earlier this month, Nest 3 started a collection for poor and homeless Swedes. The collection resulted in numerous donations, both in the form of gifts and monetary contributions for purchasing more items. These were then wrapped up by members as Christmas presents for the homeless people of Helsingborg.

The activists went to two locations to hand out the gifts – the House of the Homeless, where the very poorest are offered food, accommodation and clothes; and the central parts of the city, where needy Swedes often congregate. At the House of the Homeless, the activists dropped off sacks of clothes and other items that had been donated. After being thanked and wished a very merry Christmas, they continued on. 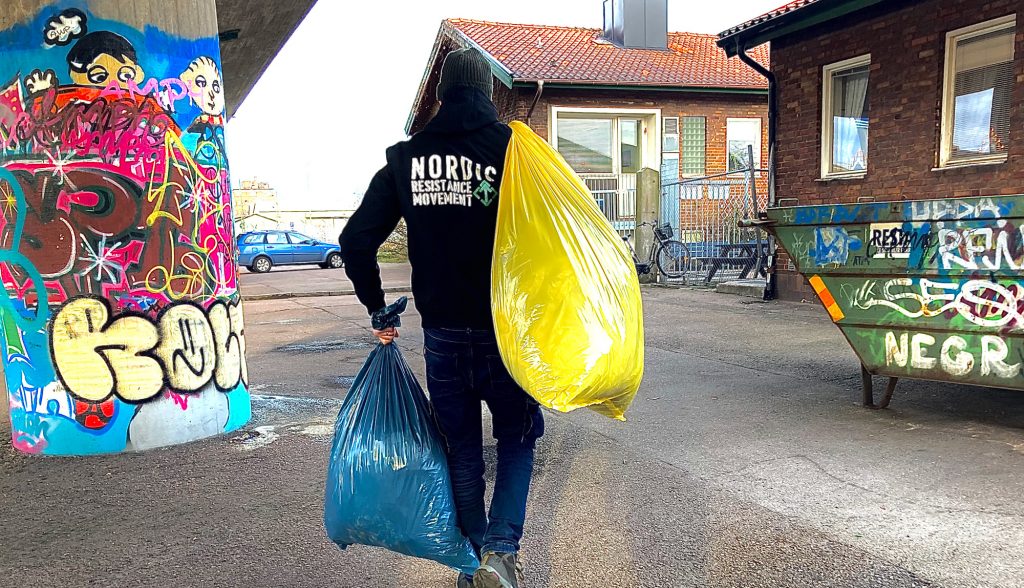 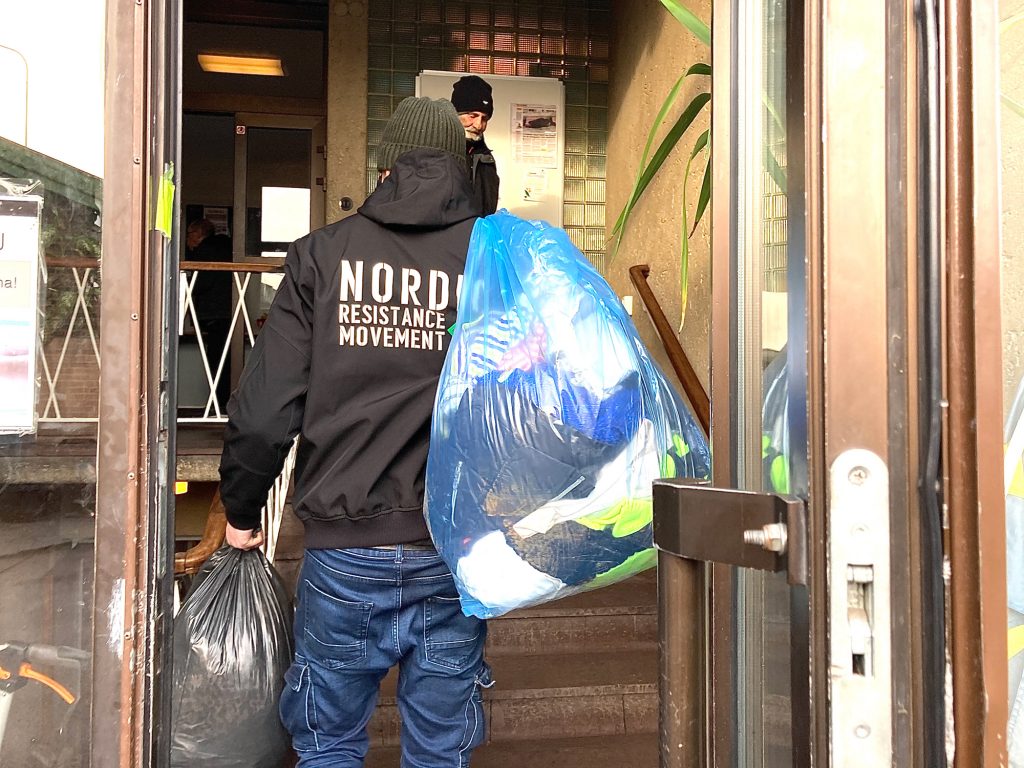 Between Stortorget and Helsingborg’s central station, the comrades met numerous poor and needy Swedes. The activists asked if the homeless Swedes would like some coffee. At first they were a little suspicious and said that if the activists worked for the municipality or some authority, they could keep moving. But after it was explained that they were from the Resistance Movement and wanted to hand out Christmas presents and coffee to kinsmen who have been betrayed by the system – which we intend to replace – the mood quickly became much more positive.

Several of the Swedes opened up and began discussing all sorts of matters with the activists. They lamented the state of things today, not just for themselves on a personal level, but also in society at large. Some of them were negative towards mass immigration and thought that the state should look after our country’s own people before helping others.

Some shared stories from their lives. One man told of how he lost many of his relatives and lived on the streets for eight years. Another spoke about how the power-holders failed him time and time again, which resulted in his preferring to live on the streets rather than paying taxes and contributing to this society. All of them thanked the activists and explained how unusual it is for regular people to help them in any way. Even though the gifts were not overly valuable, everyone seemed very grateful for what they received.

The activity was viewed as very successful by all of the activists involved. If you live in the Nordic countries and are tired of our rulers failing our people time and time again, apply to the Nordic Resistance Movement. Give a Christmas present to your descendants by joining the resistance!