Home Resistance News Activism Christmas gift ideas and a penitent Jew: On the streets of Mariestad 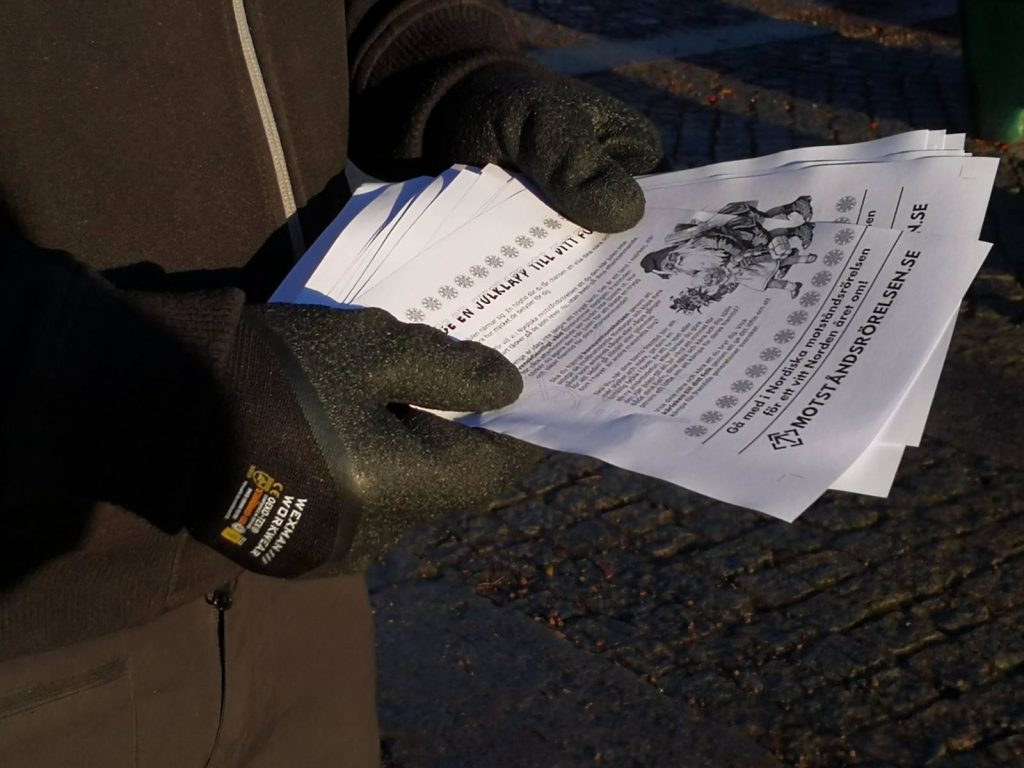 Activists from Nest 2 were on the streets of Mariestad on 18 December, in the middle of the Christmas shopping season. The group distributed leaflets with a message encouraging people to give the best Christmas gift imaginable to their family, friends and the entire population – namely, a membership in the Resistance Movement.

Early in the activity, a man who appeared to be of Jewish origin approached. The man spat in front of one of the activists and stammered, “I, I, I’m not afraid of you,” after which he was reproached in a suitable fashion. However, the suspected Jewish man later returned and apologised for his poor behaviour. 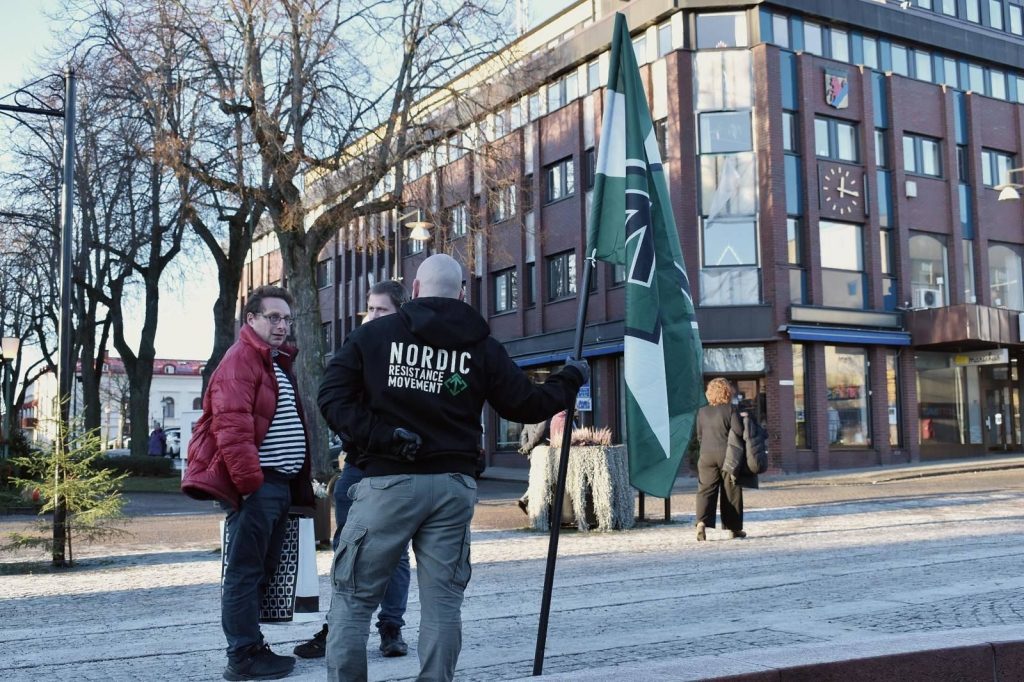 Several others stopped and conversed in a considerably more civilised tone. Some read the leaflet and said that a membership wasn’t for them, but that they think it’s good that others are fighting for a better future, even though they understand that everyone needs to do their part. 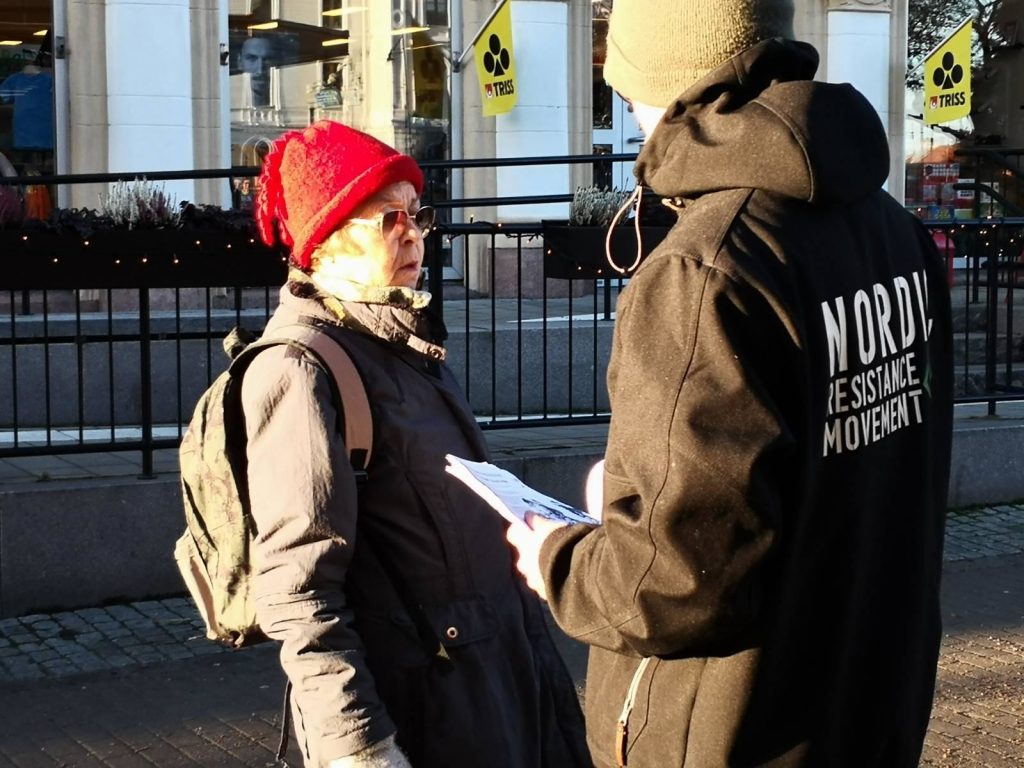 When the activity was concluded and the activists went back to their cars, they met two young men who shouted, “I love multiculturalism!” However, despite this loud outburst, they had no interest in discussing why multiculturalism is worthy of being loved.

Before the day ended, the activists took the opportunity to divide into groups and deliver leaflets to households and put up banners in the municipality. Many hundreds of leaflets were delivered, and several banners were put up, before the activities for the day were finally concluded. 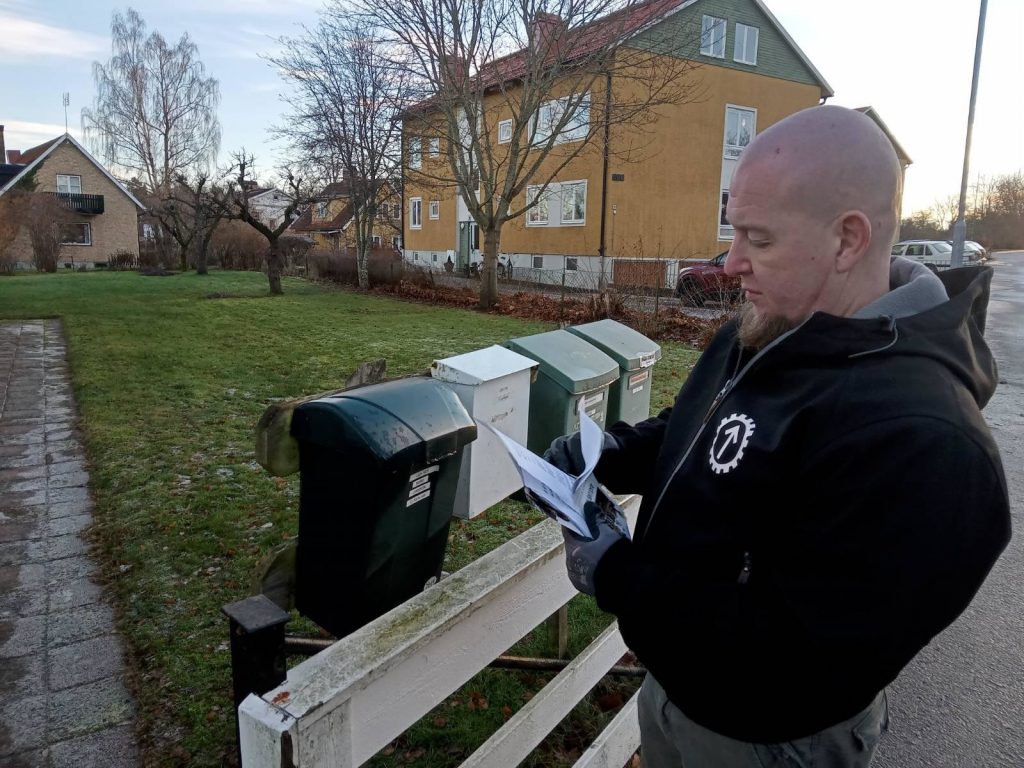