IDEOLOGY. In this article, Nest Chief Daniel Gerdås explains his views on the so-called climate crisis and other more tangible environmental problems. 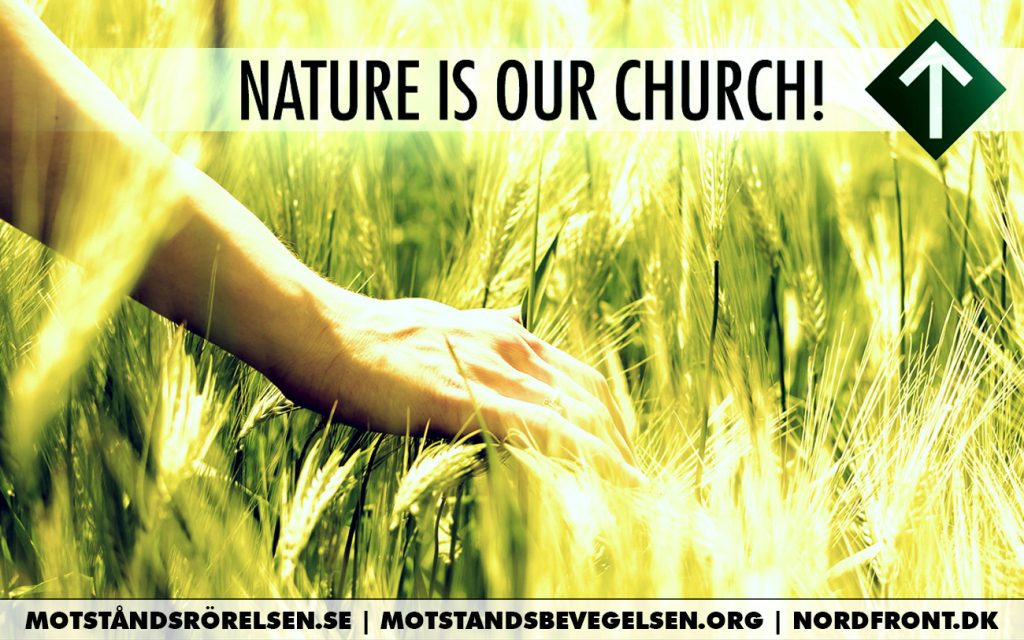 Nobody can have possibly escaped the daily climate hysteria fed to us by the media. “We have 10 years to change things before it’s too late.” “The glaciers are melting.” “The earth is getting warmer by the day.” “The Gulf Stream is grinding to a halt.” “Large parts of the planet are going to become uninhabitable.” “The deserts are expanding.” “The Arctic ice is melting – and sea levels will rise by several meters.”

New threats, demands and pressures from the establishment are mounting. Billions of dollars are being spent on new technology, research and projects. Anybody who questions anything is immediately branded a “climate denier” – an epithet of abuse almost equal to “racist” or “holocaust denier” – and effectively silenced. According to politicians, the climate threat is the number one political issue of the modern day, as well as being extremely profitable for various interest groups. Coincidentally, the climate issue happens to go hand in hand with pro-refugee and anti-racism activism. Celebrities and politicians compete with one another as to who can be the most “radical” on the climate issue, in order to get as much attention as possible. Behind these public figures lurk powerful globalists, who harbour their own agenda. 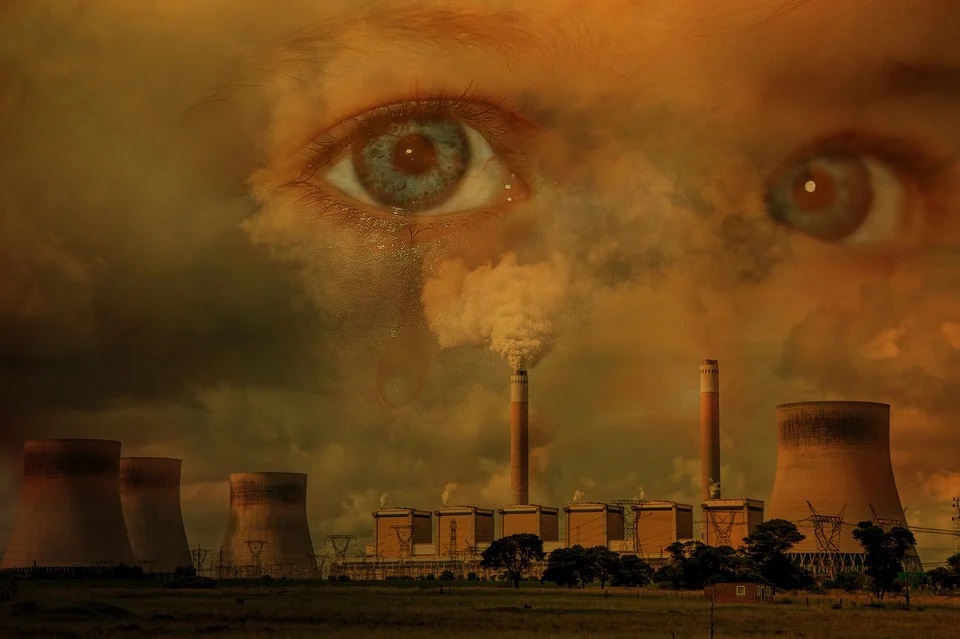 For those who can see the globalists’ plan, and perceive the obvious lies about the climate, taking the opposing side is an easy choice. Where there are political or economic interests, there is no reliable objectivity. No facts can be trusted. Everything is twisted to fit whatever political or economic interests are currently being advocated. Hence it is extremely difficult for the individual to find any facts and make up his own mind.

The “climate denialist” side also has its own interests, and can sometimes be built on amateur research. However, just because lying globalists say something, does that automatically make it a lie? If someone has his own evil agenda and has adapted the truth to fit it, does that mean he is completely wrong in all matters?

Man has designated himself lord over all living things. In his eyes, the earth, nature and the animal kingdom only exist to serve him. As such, everything can be plundered and exploited. Our oceans are being depleted of all fish life, our forests are being killed off by clear-felling to make way for industrialised tree plantations, our cities and industries are expanding into what were once vital natural areas. Gigantic fractures are being opened up in the earth’s surface to mine precious minerals, resulting in immense toxic emissions. Our agricultural fields are being deprived of all living things to make way for industrialised crops with low nutritional value, and our waters are being filled with plastics, chemicals and residues from pharmaceuticals. And these are just a few of the problems we are facing.

Animal and plant species are going extinct at an ever increasing rate, while invasive species replace them. We are slowly but surely killing our planet. All of this naturally has a severe impact on our whole world. How this affects the climate can be debated, but it can’t be denied that nature is being negatively affected in a dramatic way. Is the climate getting warmer or colder? Is this caused by emissions or not? And what effect does carbon dioxide have on the climate? These are questions we might get real answers to in the future, when science is once again free and grounded on a factual and objective basis. Until then, however, we cannot overlook the obvious signs of destruction and its consequences. 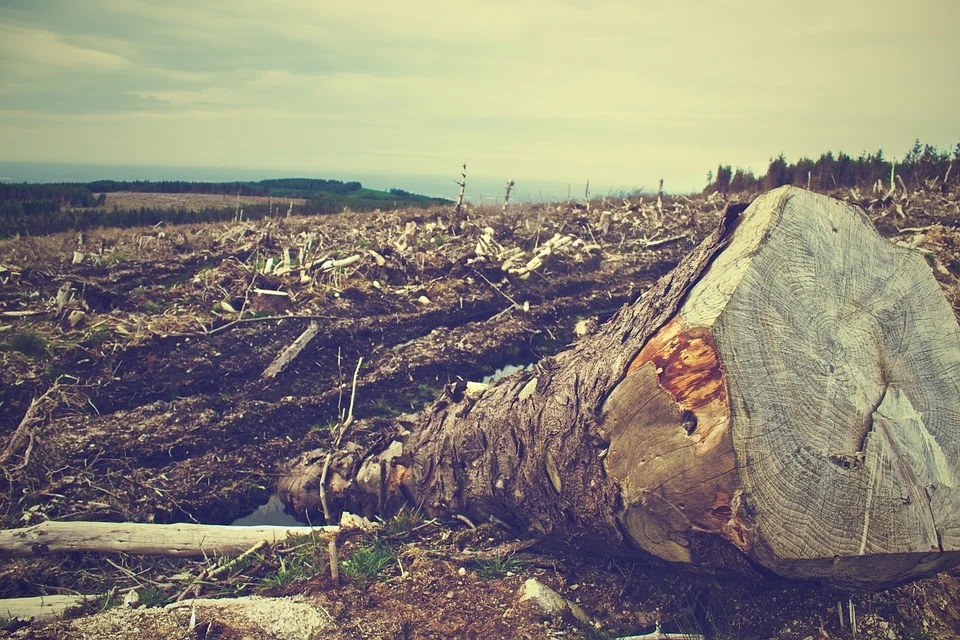 So how can this problem be solved? By banning plastic straws, giving more aid to the Third World, filling our country with so-called climate refugees, and sharply increasing fuel taxes to the detriment of rural residents and low-income earners? Hardly. Certainly not by implementing policies that are only designed to restrict and undermine ordinary people, while benefiting the elite. Radical solutions have to be implemented, along with a total transformation of our view on nature.

Man is not the master of nature. He is a part of nature and is as equally dependent on and subject to nature’s laws as any other living creature. A revolution is required to crush the political system of today and build a completely new society!

Man is not the master of nature. He is a part of nature and is as equally dependent on and subject to nature’s laws as any other living creature. A revolution is required to crush the political system of today and build a completely new society!

Capitalism and globalism must both be destroyed. Capitalism’s ruthless exploitation is the root of all destruction, driven by the need for eternal growth and constant maximisation of profits. Globalism goes hand in hand with capitalism, and the two cannot be separated. We must therefore put an end to free trade; large global corporations must be banned from conducting their business; the entire stock market system, wherein the value of a company lies solely in its speculative value, has to end; companies must be subject to strict requirements for environmentally friendly and sustainable business activities; and companies that do not take responsibility must expropriated.

The banks need to be nationalised in order for our economy to be in our hands and not ruled by foreign interests. Major natural resources and important public resources also need to be nationalised. These must be owned by the people and be of benefit to the people. They will not serve as cash cows for big corporations or foreign interests. Large landowners will have to be deprived of some of their land, which will instead be given to people who are interested and experienced in agriculture or forestry. It is unreasonable for a few individuals to own and control the bulk of all the land. Additionally, the average small landowner likely has a greater affection for the land he owns – and thus a greater feeling of responsibility – compared to the large-scale farmer who is only interested in deriving as much economic profit from his land as possible.

Instead, small-scale agriculture and forestry will be encouraged. Self-sufficiency, both in terms of foodstuffs and other products, needs to be rewarded and promoted, as do small businesses. Domestic production will serve as the basis for everything, and therefore high tariffs will be imposed on all imports that can instead be produced in the Nordic countries. As for products that cannot be produced in the Nordic countries, barter transactions with other countries should be the first step in getting away from the current economic system, in which money controlled by a third party always acts as a middleman.

With an entirely new political and economic system, we can stop the destruction and instead create a new society in which we live in harmony with nature. We can enact laws that benefit the environment, the animal kingdom and the people. We can have a vibrant countryside, rich wildlife, natural and nutritional food, and a healthy people. With freedom of scientific research, we can create new technology to lead our people forwards, without harming nature.

With an entirely new political and economic system, we can stop the destruction and instead create a new society in which we live in harmony with nature. We can enact laws that benefit the environment, the animal kingdom and the people. We can have a vibrant countryside, rich wildlife, natural and nutritional food, and a healthy people.

All this can be changed in the Nordic countries when the Nordic Resistance Movement comes to power. We can try to influence the surrounding world through pressure or lobbying, but the destruction of the natural world is a global problem. It doesn’t matter how good we are in the North if the rest of the world continues to destroy the planet. Here we also need to mention overpopulation. An ever-increasing population is currently fed by the earth’s limited resources. We Whites are not the ones overpopulating the planet, but it is a problem we have created. It is our aid, our medical care and our technology that we have given away that has facilitated the population explosion in these parts of the world.

Were we to immediately cut off all contributions, all so-called humanitarian aid, all exports and all medical aid to these countries, their populations would quickly decrease and they would be forced to find their natural balance and rediscover their place in the evolutionary timeline. When this happens, they will no longer be in a position to destroy the environment.

Unfortunately, we are not the ones in power today, and before we come to power we will not be able to do very much in the grand scheme of things. On an individual level, we should all strive to live closer to nature. Take a walk in the wilderness, move to the countryside away from the concrete blocks and artificial lifestyle of the city, grow your own food and raise your own livestock. In addition to a happier and healthier life, this will afford you a connection with nature. You will learn to appreciate what nature has to offer, and understand that you have to give something back to it. You will experience the joys of a natural and healthy diet and the accompanying feeling of responsibility for the environment.

Where possible, we can manufacture our own goods, or trade them for something else we ourselves have produced, instead of consuming. Otherwise, make an active choice to buy locally produced goods from farms and factories that you know have high standards of animal welfare or are environmentally conscious. Even though a significant amount of blame lies with the large globalist corporations, the individual person is not innocent either. It is the individual who maintains this system via his consumption, where a low price tag is often his main concern. The individual is also responsible for investing his money in the form of stocks and funds in globalist corporations. You should therefore avoid unnecessary consumption and make sure not to invest your money in this destructive system. 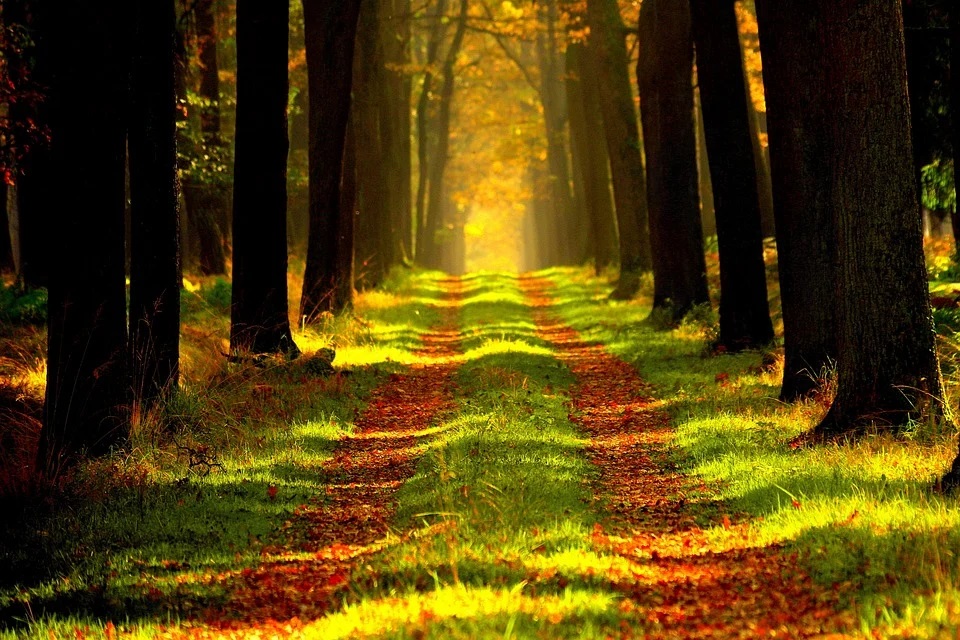 Our present lifestyle and our current economic and political system are destroying the planet. Since we are a part of nature, this also means that we ourselves will ultimately perish if nothing is done. It is possible to change course and rescue the situation, but only via radical National Socialist politics and a National Socialist way of life. 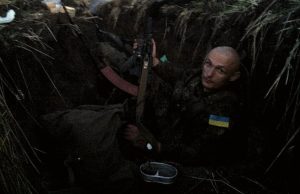