RESISTANCE NEWS. The Croatian publication Tribun highlights world Jewry’s campaigning to ban the “only movement that is fighting to save Sweden from its attempted suicide”. 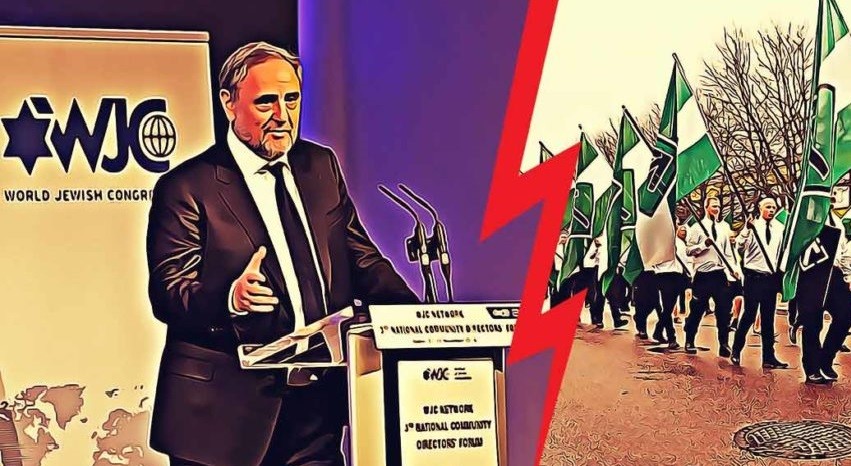 The Croatian online publication Tribun recently wrote an article about the Nordic Resistance Movement, stating: “[They are] the most active resistance against the Swedish authorities’ ethnic suicide policy.”

“Due to the fact that the number of Resistance members, and their activities, is growing rapidly, certain people with a “special status” are lobbying Swedish authorities to ban the organization and its activities.”

Tribun has also read the enemy of the people, Expos’ report, which states that the Nordic Resistance Movement is responsible for 90 percent of “white power” activities, which has increased significantly in recent years. Tribun and commenters claim that Expos’ list is misleading.

“White difference groups within the “opposition” are classified as white power groups, including the political party Alternative for Sweden (AfS). Most of these organizations, especially AfS, have nothing to do with white power.”

“Since the Nordic Resistance Movement is an ideological national socialist organization that advocates the creation of a Nordic state consisting of the Nordic countries and the restoration of natural order and natural values, it was only a matter of time that this would not draw the attention of “the chosen people,” they write.

They also point out the paradoxical situation of reading almost daily how much racism, hatred, xenophobia and ethnic cleansing is taking place in occupied Palestinian territory; yet the WJC chooses to focus on the Nordic Resistance Movement, who has never attacked any members of “the chosen people.”

It therefore sounds odd when the WJC sends a letter to Stefan Löfven describing the “terrifying uniformed marches” that the Resistance Movement undertook on Yom Ha-Shoah itself, which everyone knows is Holocaust Memorial Day, not your “Labor Day”, the publication says.

It is important to mention that the Nordic Resistance Movement did not even know that the Jews this year had one of their numerous memorial days scheduled for May 1st, and that no other people’s celebrations can be allowed to take precedence over their own people’s.

The Croatian article also mentions the fake news video promoted by the WJC to smear the Nordic Resistance Movement, and notes that even with over 2,000 views, their video had 5 “likes” versus 274 “dislikes.”

Tribun also notes the amusing incident during Almedalen in 2018, when a Jewess attacked a Resistance member and tried to steal a flag, and later cried to the media.

She claimed that she had been the victim, and in fact it was an evil Nazi that attacked her and “cut her hands,” which happened because she refused to let go of the flag. She also was caught lying a second time at the same event, claiming “the Nazis” tried to rob her of a valuable gold ring.

Tribun also tells its readers that the Nordic Resistance Movement is a legal political organization, but due to the constant oppression of ethno-nationalism in the Nordic countries, the organization is the only political party that is not allowed to have any bank accounts.

Finally, they write that they do not wish to waste a lot of words describing the idiocy that the state authorities show with the great waste of police resources to constantly harass members of the organization when, for example, they legally distribute flyers with political information.