ACTIVISM. Activists from the Nordic Resistance Movement conducted a banner activity on Friday evening in the city of Randers, Denmark. 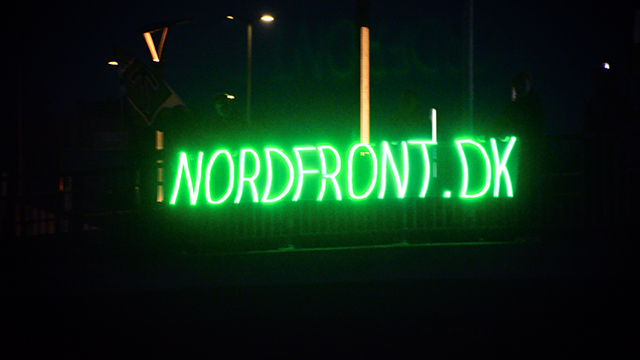 Activists from the Nordic Resistance Movement were out in the center of Randers on Friday evening. With an LED banner, flags and smoke bombs, the activists from Nest 3 stole the attention of the people of Randers for a good half an hour.

Drivers and bus passengers on Randers Bridge as well as pedestrians and cyclists on the pedestrian/bike bridge could not avoid noticing the bright light from the LED banner, which beautifully illuminated the waters beneath the bridge.

Danish banner action in Randers
1 of 4