ACTIVISM. Activists from Sweden’s Nest 1 conducted a full day of activism in the capital on Saturday, 20 August. 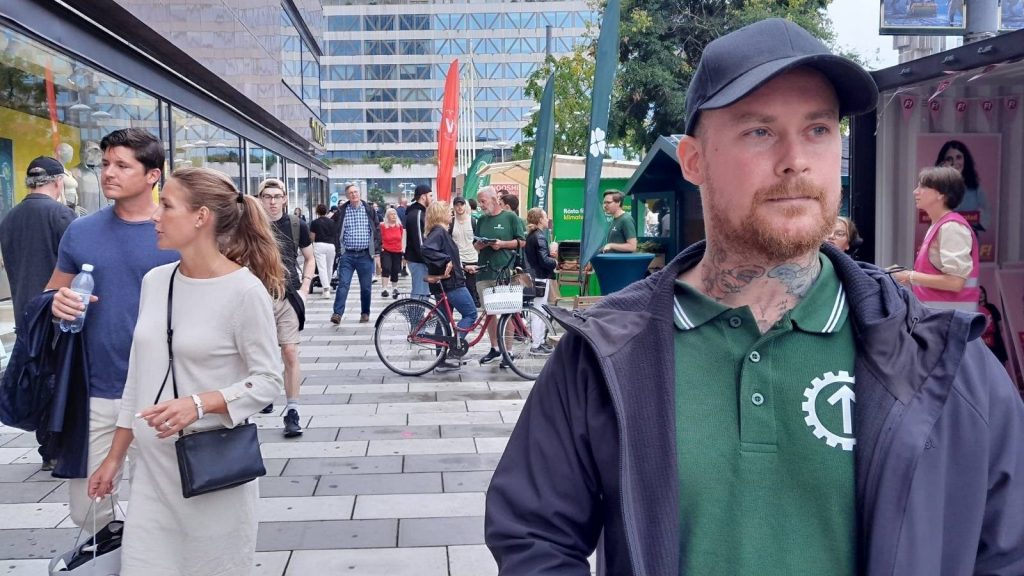 The day began early in the morning, with everyone going to two major shopping centres to put up numerous stickers just before the shops opened.

The comrades then went to the site of the Swedish Book and Media Fair to hand out leaflets to visitors. During the hour or so the activists were present, they were only met by positive reactions. In addition to productive discussions, a membership application and several donations were received. 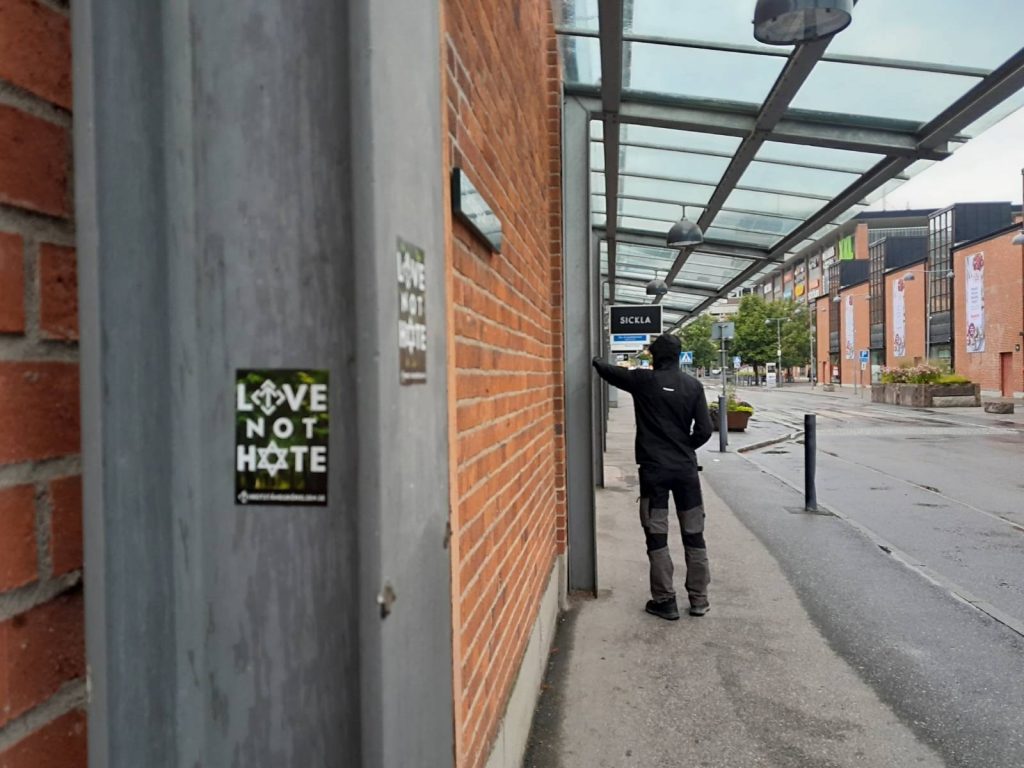 After this successful part of the day was complete, with a couple of hundred leaflets handed out, the activism continued with leafleting in a nearby residential area. Here the group was divided into two and delivered nearly 1,000 leaflets. 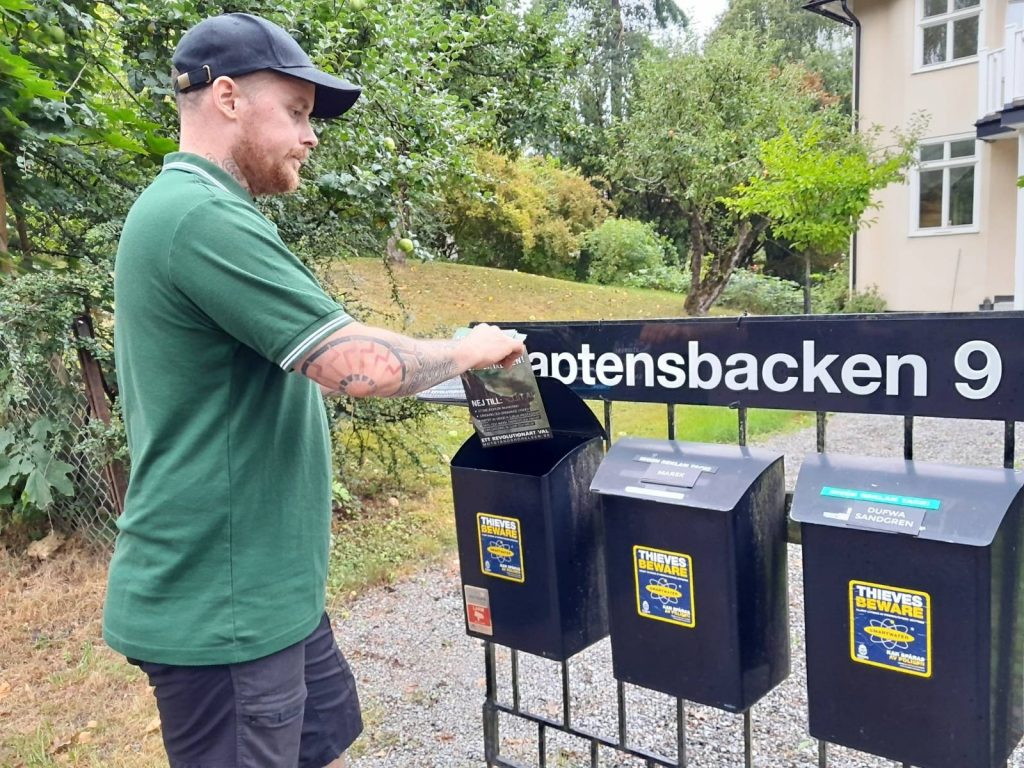 Next, the journey went towards central Stockholm, more specifically to the election tents on Sergel’s Square. Once there, the Resistance men stood amidst the other political parties and began handing out the party’s election leaflets again. The message of making a revolutionary choice and standing against corruption was in stark contrast to the other parties’ hollow election promises.

An individual from Feminist Initiative took a leaflet and was seen talking in an upset and excited manner on the phone shortly afterwards. It can be assumed that this individual called the police, as officers arrived on the scene straight after. 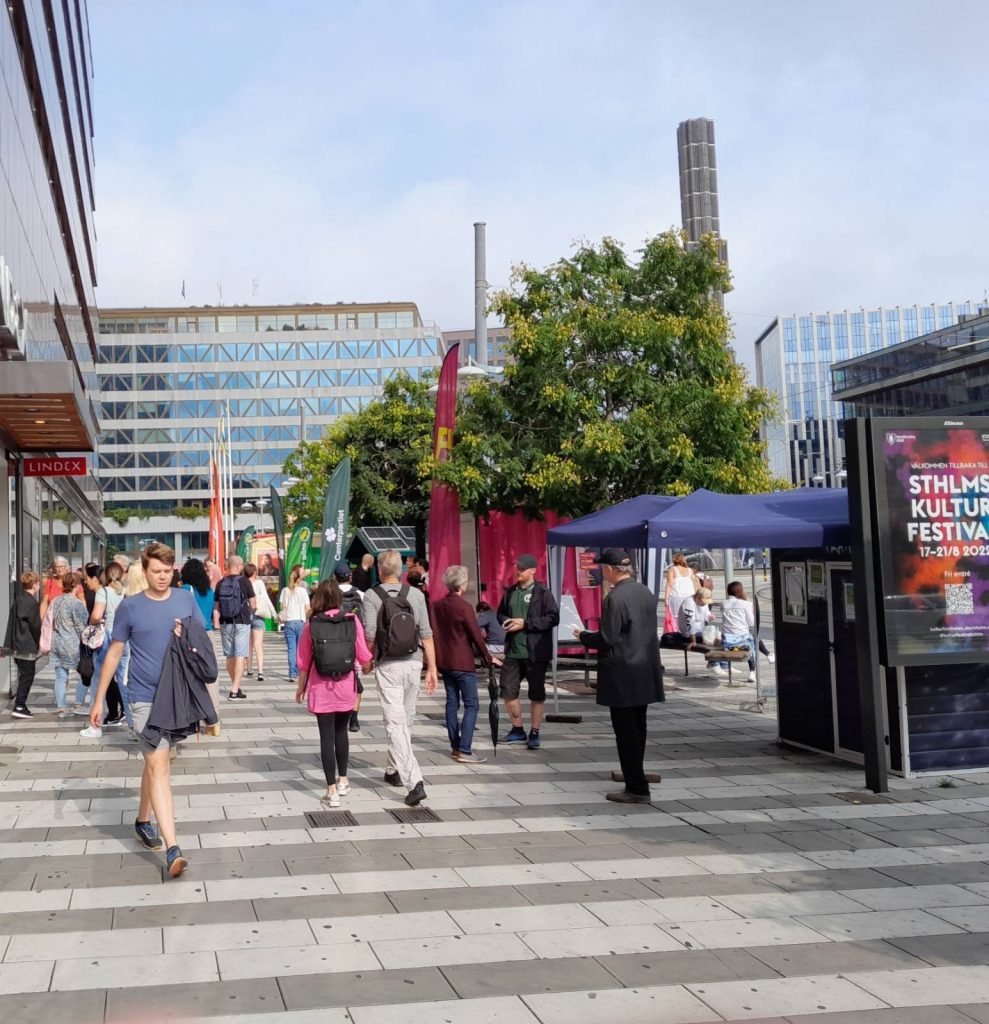 The police contented themselves with approaching calmly and asking if everything was OK. Satisfied with the short reply of “Yes,” they subsequently trudged off to another party’s tent.

The distribution continued, with several meaningful conversations being held with sympathisers and curious citizens.

One person said he had been hesitant to come over and talk to the Nordic Resistance Movement’s representatives because the Left Party told him there were “dangerous Nazis” nearby. 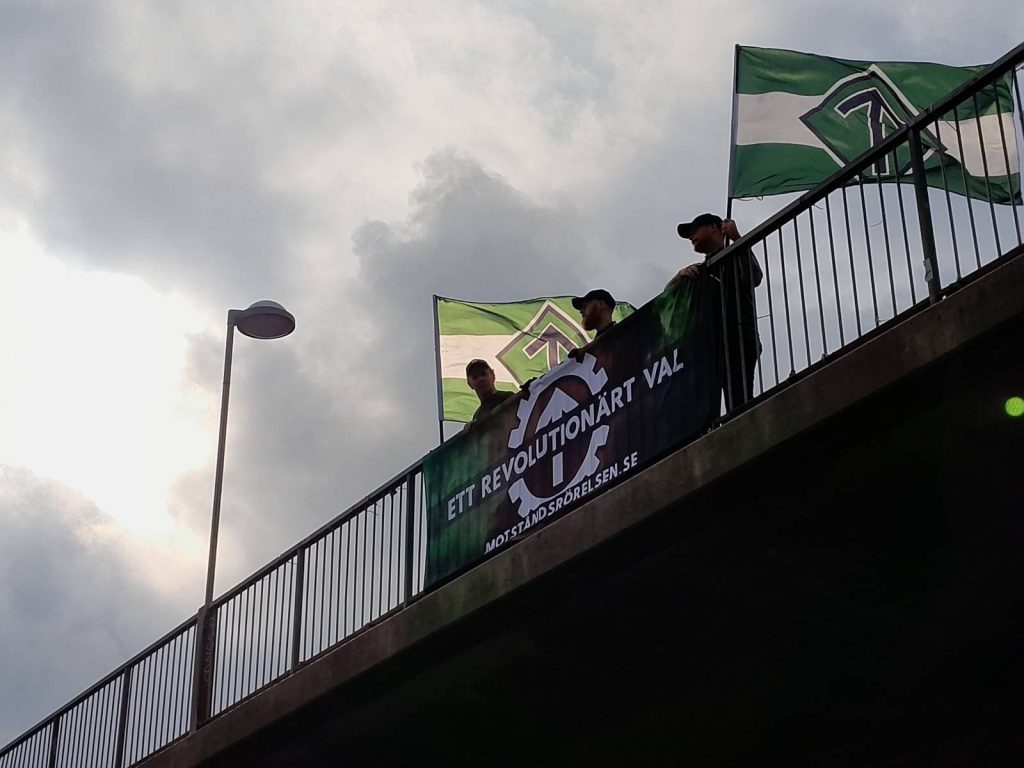 The activism continued for a while until this section of the day was concluded and the comrades went to the final activity: a banner action on a bridge over the busy National Road 73.

After twelve hours of intensive work in service of the struggle, the day was concluded by the group of very satisfied activists. 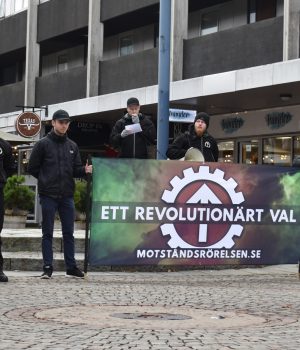