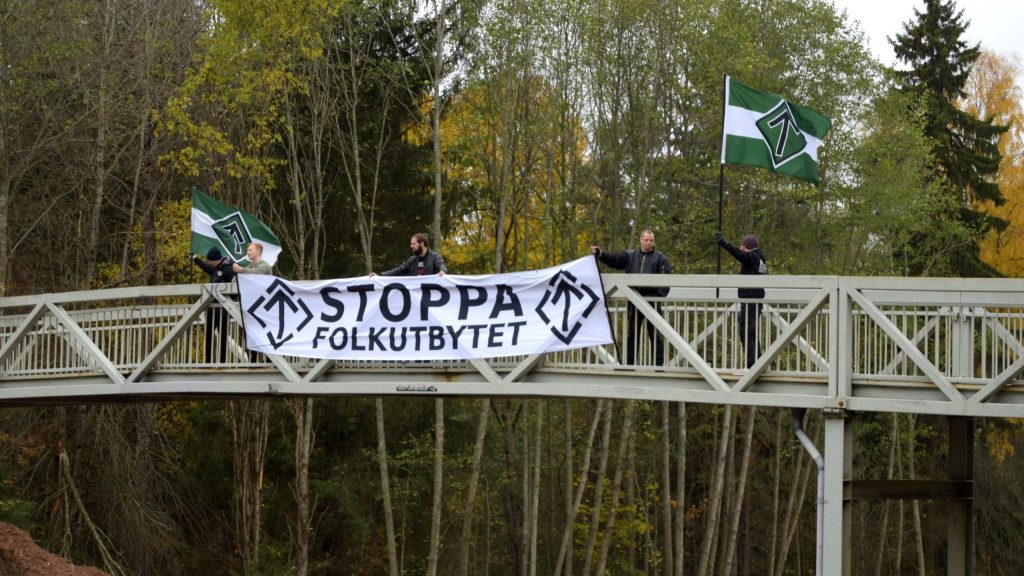 On 15 October, the Nest’s activists went to a bridge just outside Borlänge to conduct a banner action. The first part of the day brought a slight chill and drizzle. There were quite a few cars out on the road, which ensured the Resistance men experienced some shows of positivity from passing motorists. The participants on the bridge were also visited by a sympathiser from the area, who took part in the second part of the day. 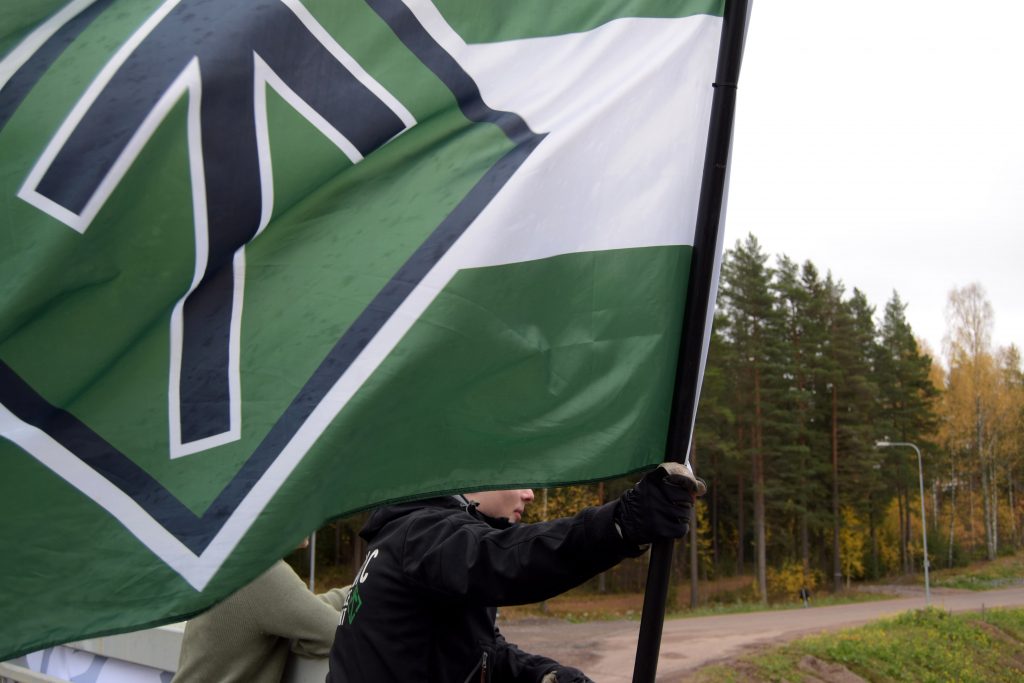 The slogan for the day was quite simple. A banner with two national runes bordering the words “Stop the Population Replacement” was held up by the participants. Despite the banner’s simplicity, the words have great significance. In an extract from the Nordic Resistance Movement’s political programme Our Path, the population replacement is described in the following way:

Our racial survival and freedom is the most important goal of the political efforts of the Nordic Resistance Movement. Against this goal there are many threats, including the most alarming and urgent today which is the mass immigration of foreign races to the Nordic countries. This, in combination with the current lower birth rate of Nordic women in comparison to immigrants, and the fact that the immigrated foreigners some­times conceive with Nordic women and men, result in the diminishing of the ethnically Nordic population in relation to the non-Nordic population. The so-called multicultu­ralism and mass immigration is in actuality a physical displacement and genocide of the Nordic people. 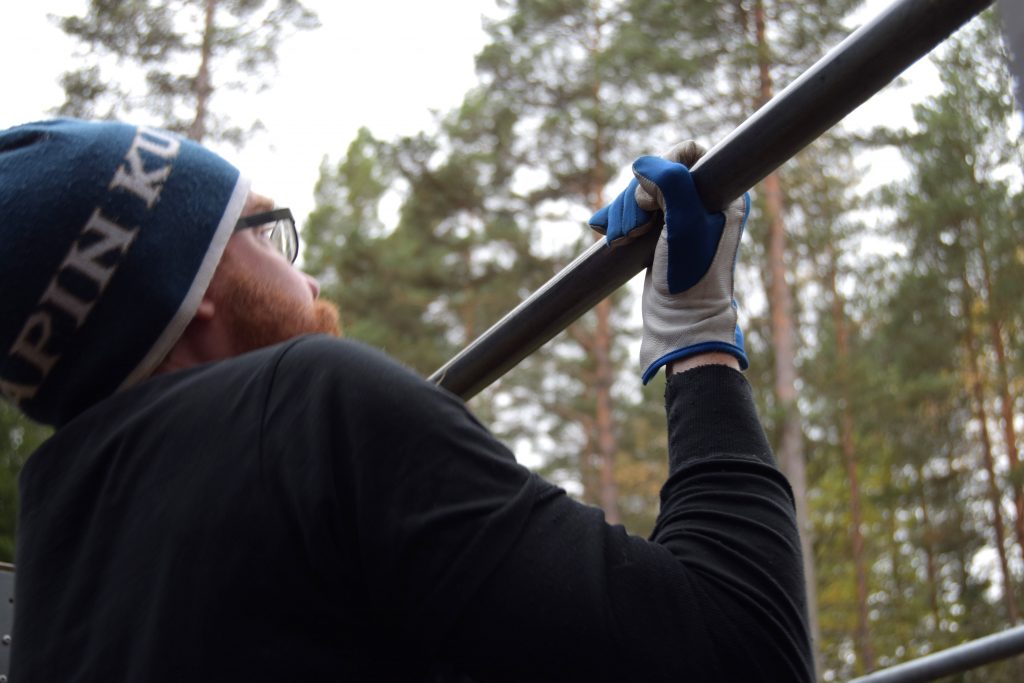 After the banner action ended, the activists gathered at a nearby jogging track. The second part of the day consisted of activist tests, beginning with running and concluding with various strength exercises. When all the activities were over, everyone said their thank yous and bid one another farewell until next time.