ACTIVISM. On Saturday, 18 January, Nest 2’s activist division held two simultaneous leaflet distributions, one in Varberg and one in Mariestad, in western Sweden. The activities received a lot of attention from the public in both towns.

In Varberg the activity began with the Resistance men setting up with flags and leafleters on the main square in the town centre. The activists hadn’t even reached the square before people exclaimed, “Look who’s here!” Conversations with the public began immediately, and many people came over to say they appreciated seeing the Nordic Resistance Movement there.

After a little while the police raced to the scene in two cars and declared that the activists couldn’t stand there because they hadn’t been given permission for the activity. The police were informed that permission isn’t needed for such activities, and after a bit of fuss they gave up their attempt to make the freedom fighters leave and started taking photos of them instead.

Predictably some free speech haters approached the police and complained that a wholesome message was being spread on “their streets”. One troublemaker, who was clearly drunk, rushed past the Resistance men while shouting abuse. When he was confronted with the question “Why are you running away if you have something to say?”, he sped up even more and left the area.

The activists remained on the square for a while before moving down the street to the central galleria where the leafleting continued at a steady pace. A lot of conversations with the public took place here too, the majority of them positive. After a while the activity concluded with many leaflets having changed hands. 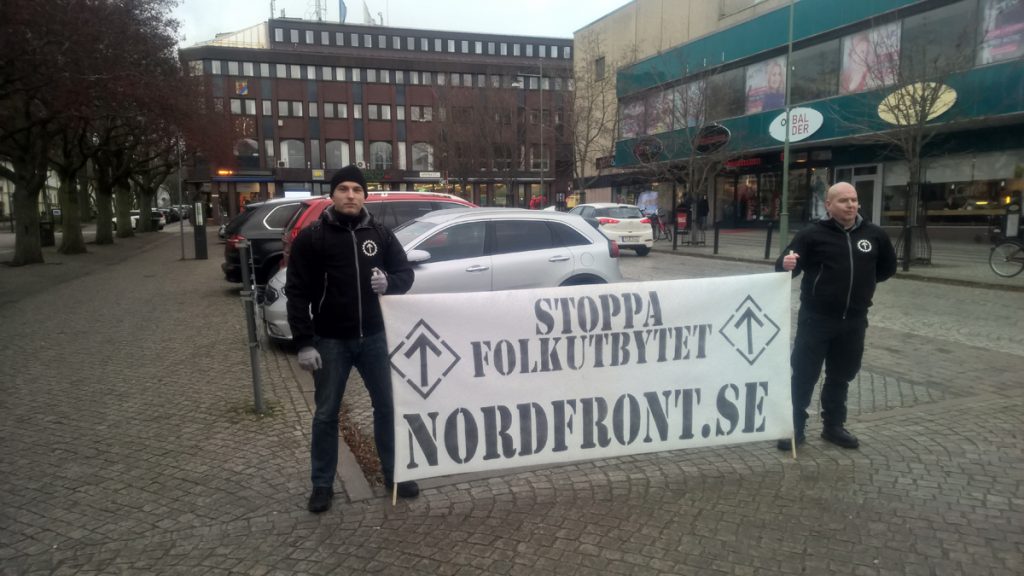 In Mariestad the activists began by unfurling a banner with the text “Stop the Replacement!”, which was directed towards the road by the square. It didn’t take long before people saw the banner and came over to say they supported its message. They were naturally handed leaflets and given encouragement to aid the struggle for our people’s existence. The so-called law enforcement also turned up here to tell the activists they didn’t have permission to spread information in public. Like the police in Varberg, they gave up after they were told that permission isn’t required.

There were also a few malcontents in Mariestad who weren’t happy to see the Nordic Resistance Movement, but they got little sympathy from members of the public, who were glad the organisation was there and showed support for our struggle. Thanks to the location of the activity, in view of both drivers and pedestrians, the banner’s message achieved maximum exposure in the town.

When the shoppers on the square started to thin out, the activity was concluded. All in all it was a successful day with many leaflets distributed. 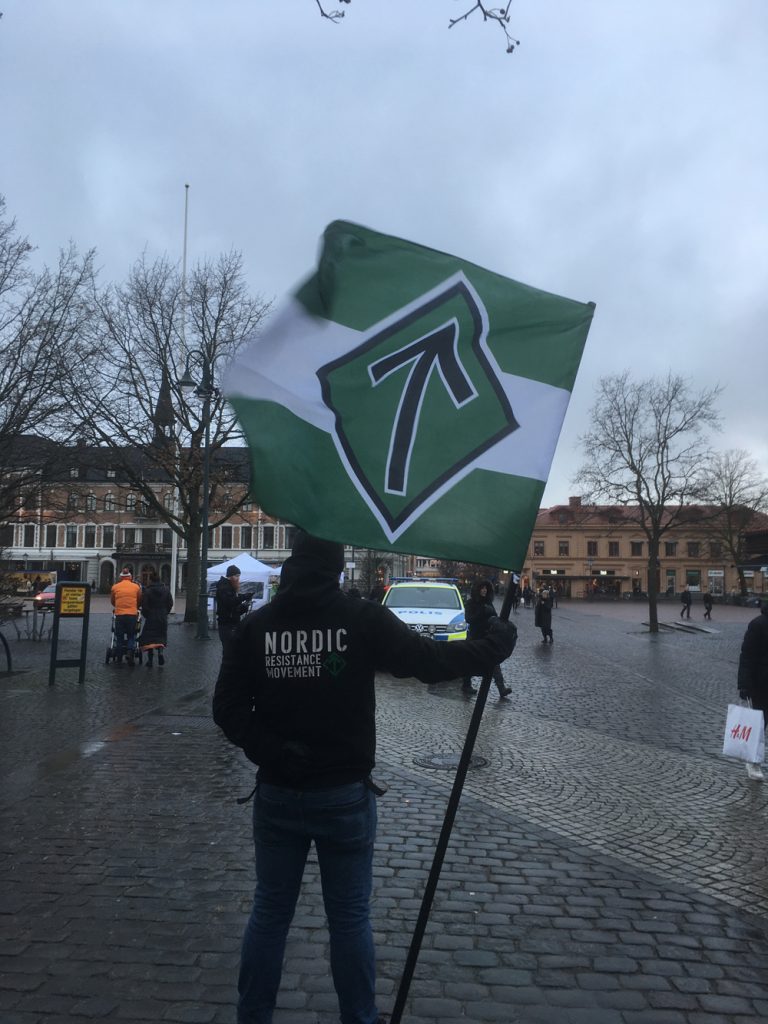