ACTIVISM. Activists in Scania held a full day of activism in Örkelljunga ahead of the Swedish elections on 11 September. 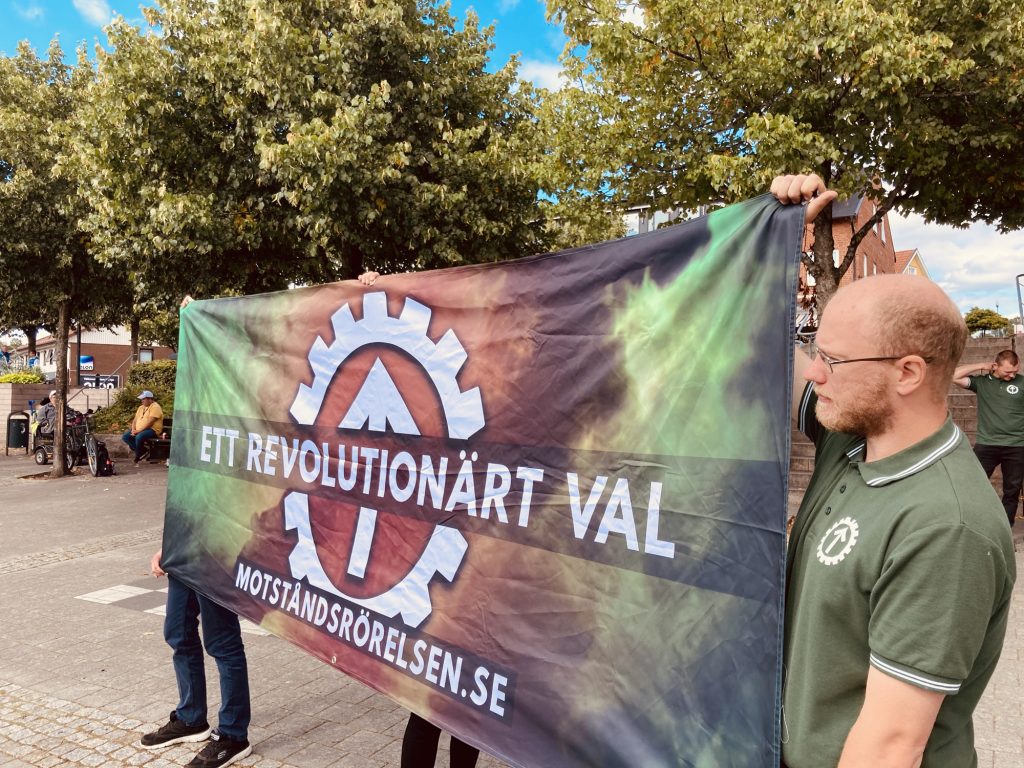 National Socialist music echoed through the streets while members and activists spread the message outside every shop in Örkelljunga town centre on Saturday.

On Stortorget in central Örkelljunga – where citizens, traitors and centrists stood with their election tents and coffee tables – the Resistance Movement appeared with flags and a trailer decorated with banners and completely stole the show from the selfsame “eight-leaf clover” parties. For a couple of minutes, everyone’s eyes were fixed firmly on the green-clad troop as they unfurled another banner with the message “A Revolutionary Choice”, with nationalist music playing in the background.

After a few minutes of loud music, election candidate Sebastian Elofsson took the floor and spoke directly to the people of Örkelljunga:

Have you not had enough? How much longer do you plan on tolerating this madness and treason? The Nordic Resistance Movement does not intend to stand and watch while our people are humiliated, our cities burn and our women are raped! 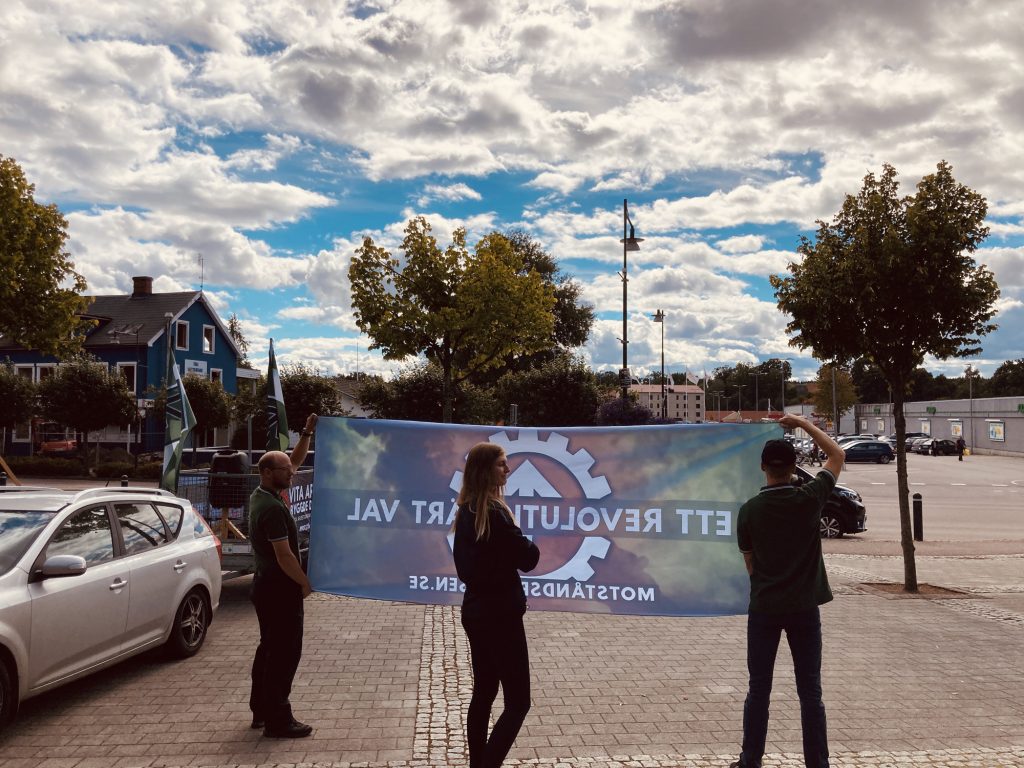 After the speech, the comrades remained on the site for a while, which led to discussions with some curious local residents.

Soon after, a black van with a couple of sad-looking Swedish youths in the front seats pulled up nearby and started playing some Arabic music. This was allowed to last for about 20 seconds, before the Resistance Movement’s loudspeakers were switched on again and Ave Victoria easily drowned out their little prank.

After the town square meeting, some members of the group continued the activity by driving around the whole municipality, from the village of Eket to Skånes Fagerhult, proclaiming messages from the megaphone and loudspeaker. Meanwhile others stood outside the shops in Örkelljunga with a well-placed banner, and the rest of the comrades delivered ballot papers and put up posters and placards.

Outside the Ica store stood the Centre Party, who in recent years have become known as a party for paedophiles. These traitorous paedo-ticians were handing out bags of food when the Resistance Movement activists turned up. Just minutes after the activists arrived, the Centre Party did not feel welcome anymore and fled the area with help of Ica staff members, after the Resistance Movement’s representatives started questioning their anti-Swedish policies and their presence in Örkelljunga municipality in general. 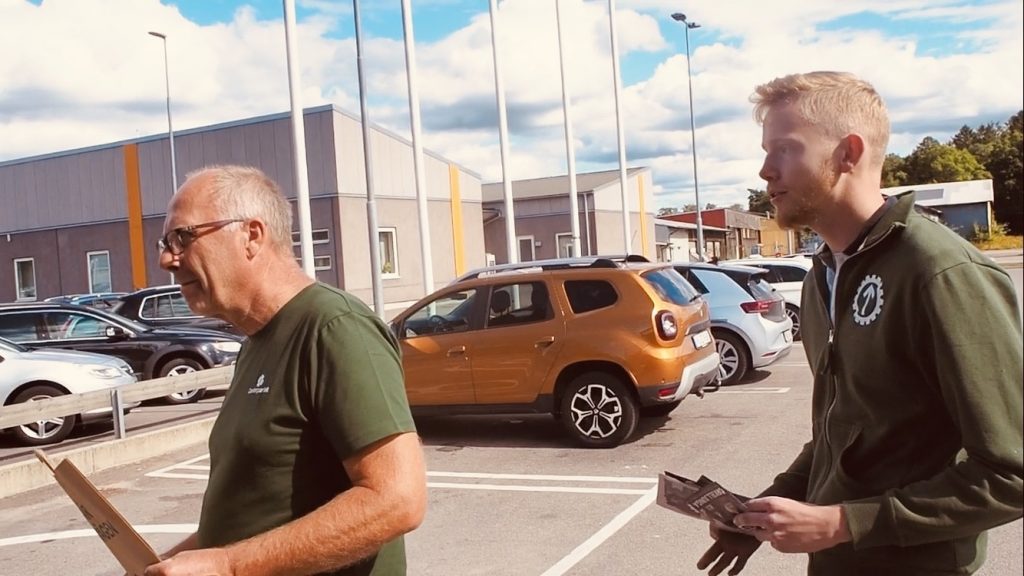 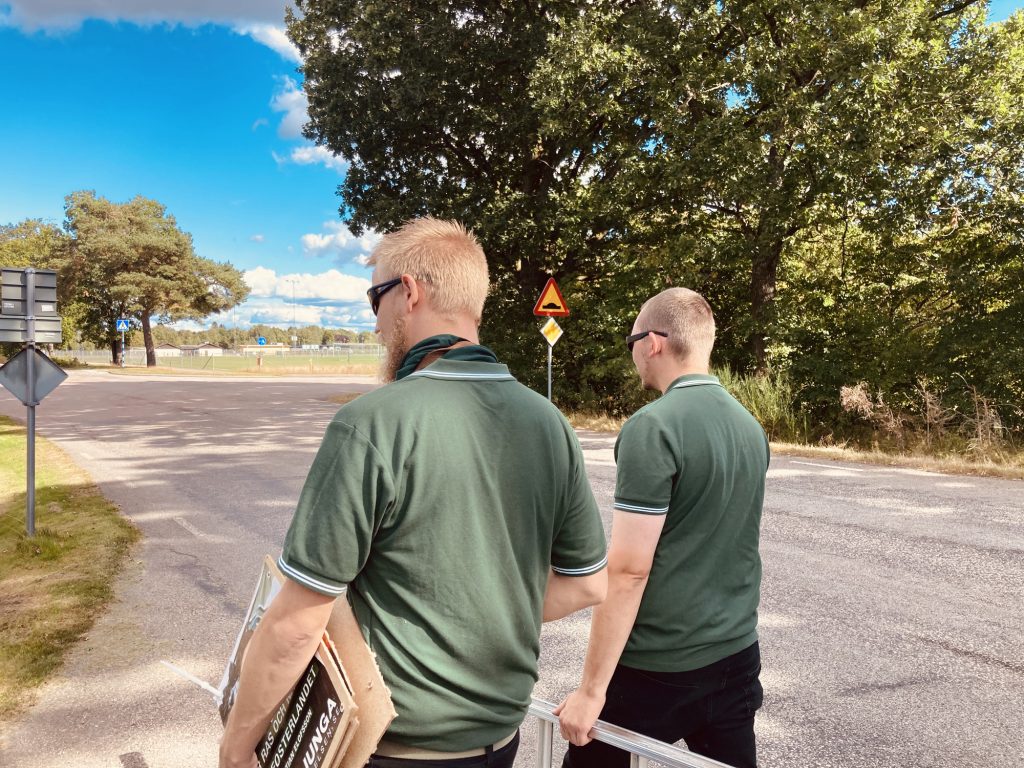 Following the day’s political actions, Nest 3 held a monthly meeting and enjoyed a barbecue beside a nearby lake. The basic activism then continued until the sun had almost set.