ACTIVISM. Sweden’s Nest 1 chase away the red plague and confiscate their banners.

On the morning of Saturday 6 August, activists from Nest 1 went to Rålambshov Park in Stockholm to spread the organisation’s message with posters and stickers. The activity was timed to coincide with an Alternative for Sweden election meeting during the day. 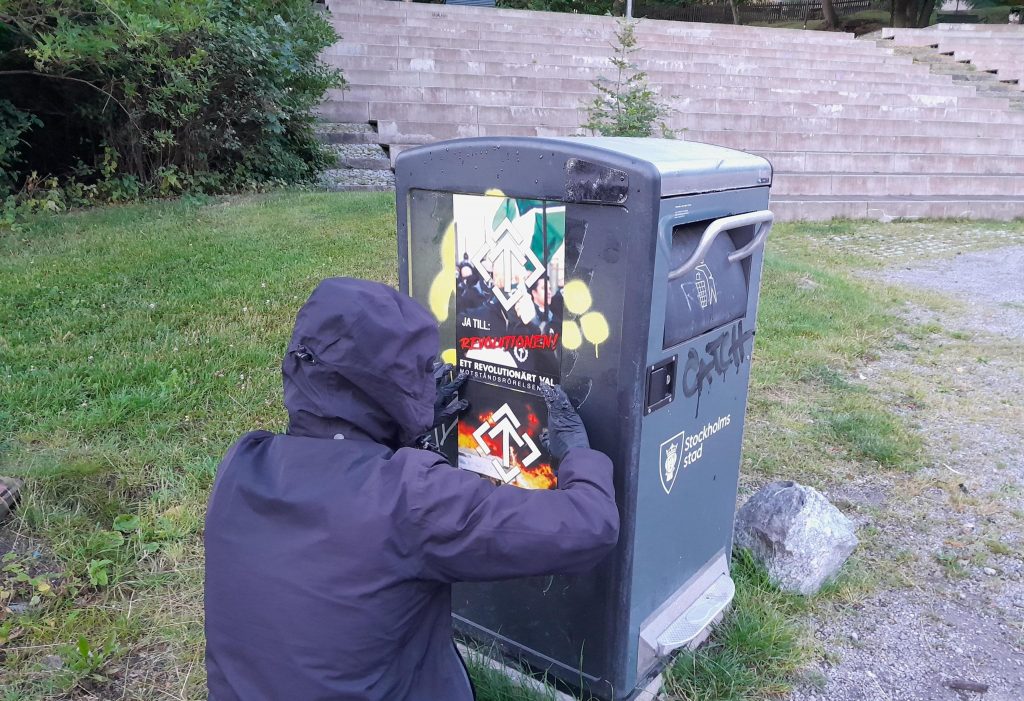 After the posters had been put up, a group of anti-fascists were observed donning masks at the edge of the park. The activists kept an eye on the reds from a distance to ensure they did not take down the newly placed propaganda.

It quickly became apparent that the anti-fascists had a similar mission to the Resistance Movement’s activists – only with the opposite intent – as they started hanging up banners on the edge of the park with multicultural and anti-AFS messages.

The activists observed the reds for a while, and when they began moving into the park, the newly placed banners were quickly pulled down. As Alternative for Sweden is a nationalist party, the Resistance Movement activists also took down the anti-AFS posters. They then quickly advanced over the grassy surface of the park, so as not to let the rats out of their sight.

As soon as the anti-fascists saw the Resistance men, a chase ensued, with the reds fleeing headlong, throwing away some propaganda material in a panic, before handing over more of it to the activists when they caught up with them. For some reason, one of the reds also threw away their ID.

As the reds were all apparently of the female sex – as far as the activists could tell – they were spared a more severe reprimanding.

A little later in the day, more red banners were found and replaced with more relevant messages by the Nordic Resistance Movement’s activists.