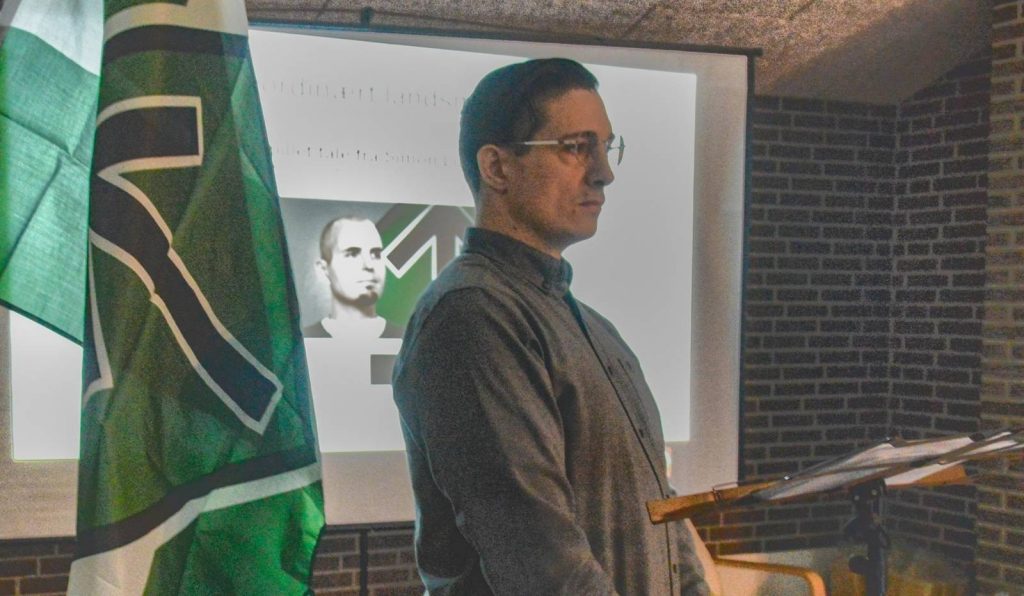 On Friday, all active members of the Nordic Resistance Movement’s Danish branch were invited to an extraordinary national meeting, where they listened to a recorded message by the organisation’s leader, Simon Lindberg.

In the pre-recorded speech, Lindberg spoke about his views on the Danish struggle over the last four years since the establishment of the movement in Denmark, and about the need for fanatical fighters and a stable and strong leadership. With this in mind, the long-standing member, activist and Nest Chief Jacob Vullum Andersen was appointed as National Chief of the entire Danish branch of the Nordic Resistance Movement.

Following his appointment, Jacob Vullum Andersen gave a speech about his ideas and vision for the Resistance Movement in Denmark, as well as the need for the organisation to further embrace the original Nordic and Germanic people’s values and morality, which Vullum believes unite the members of the movement just as much as the political side of the struggle.

After speaking about idealism and vision, Vullum presented a number of changes to the structure of the Resistance Movement’s Danish branch.

When the formal meeting was over, the attendees gathered for a communal meal, which was followed by the opportunity to take material from the propaganda table, where T-shirts were also available for purchase.

In the evening, the attendees took part in a role-playing activity that was designed to increase their knowledge and ability when communicating during public leaflet distributions. In a light-hearted and humorous atmosphere, each of the participants assumed the roles of the activist and inquirer, respectively, while working through a training compendium featuring a wealth of questions and answers. 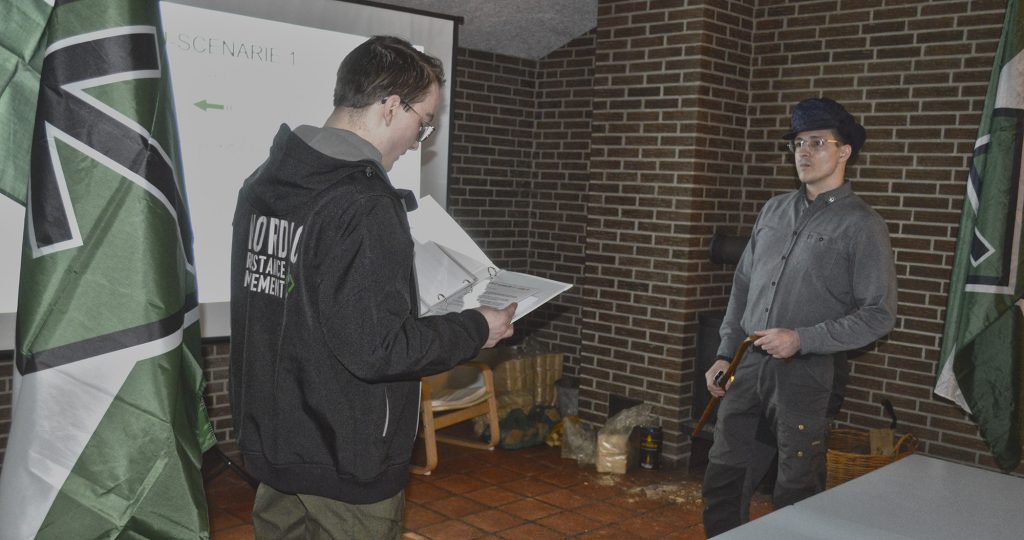 After the day’s programme was completed, the remainder of the evening consisted of socialising, watching activism videos on a big screen and playing various games. 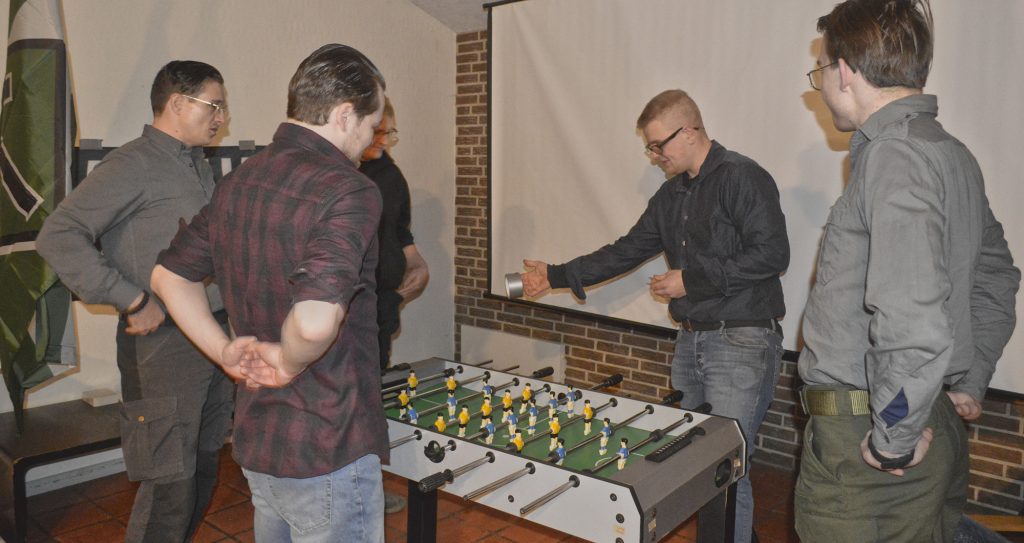 The Nordic Resistance Movement would like to congratulate Jacob Vullum Andersen on his appointment as National Chief and wish him good luck in the role.