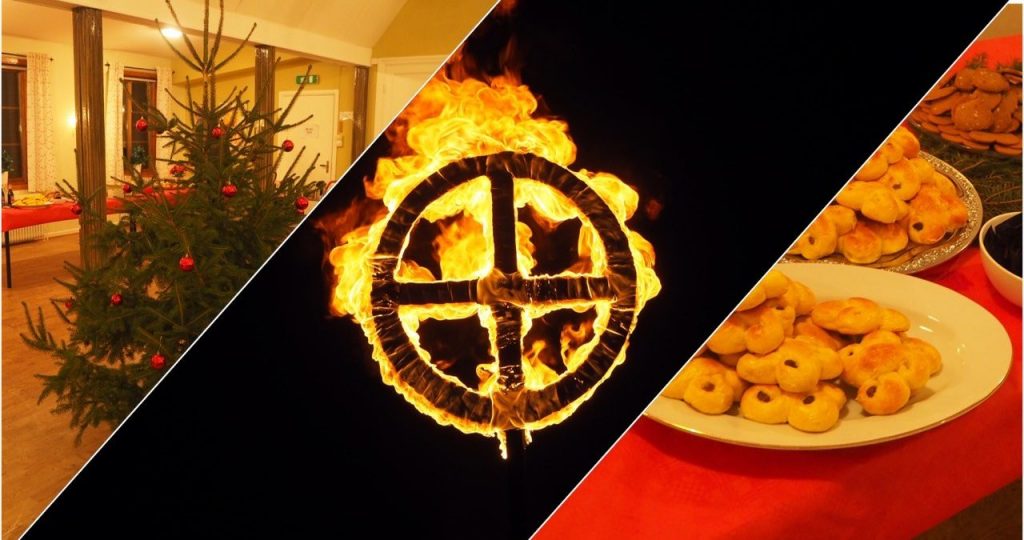 On Saturday, 12 December, Nest 3 arranged a Yule dinner for activists, members and sympathisers. The compere was Tobias Malvå, who bid everyone welcome and presented the schedule for the day. 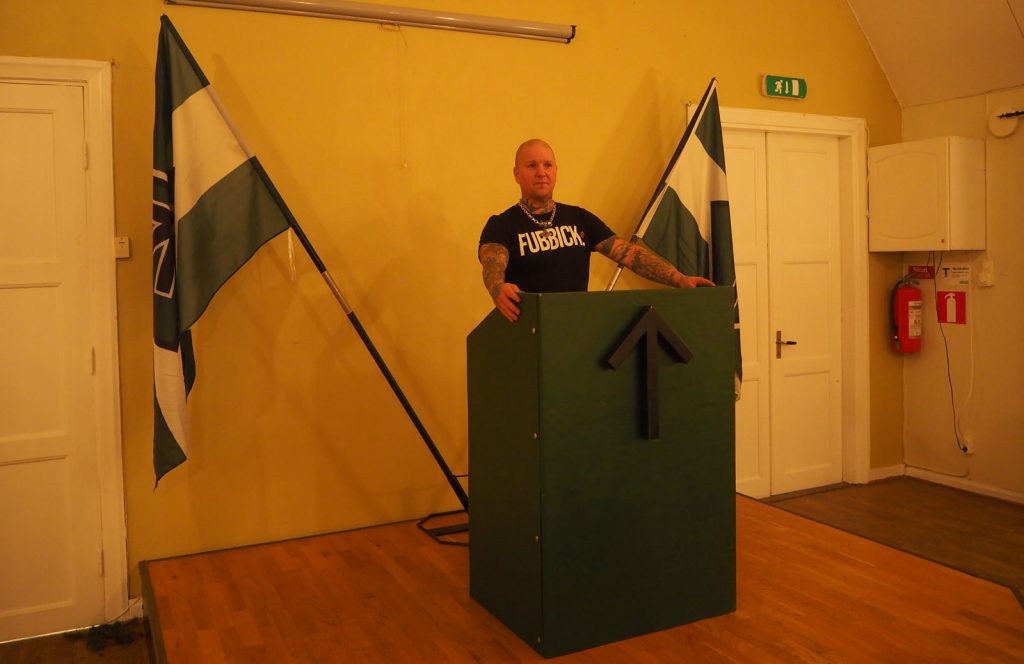 Upon entering the warm, festive room, the attendees were met by the sales table, where everything from T-shirts to necklaces and a number of self-produced crafts and home-made foods were available. 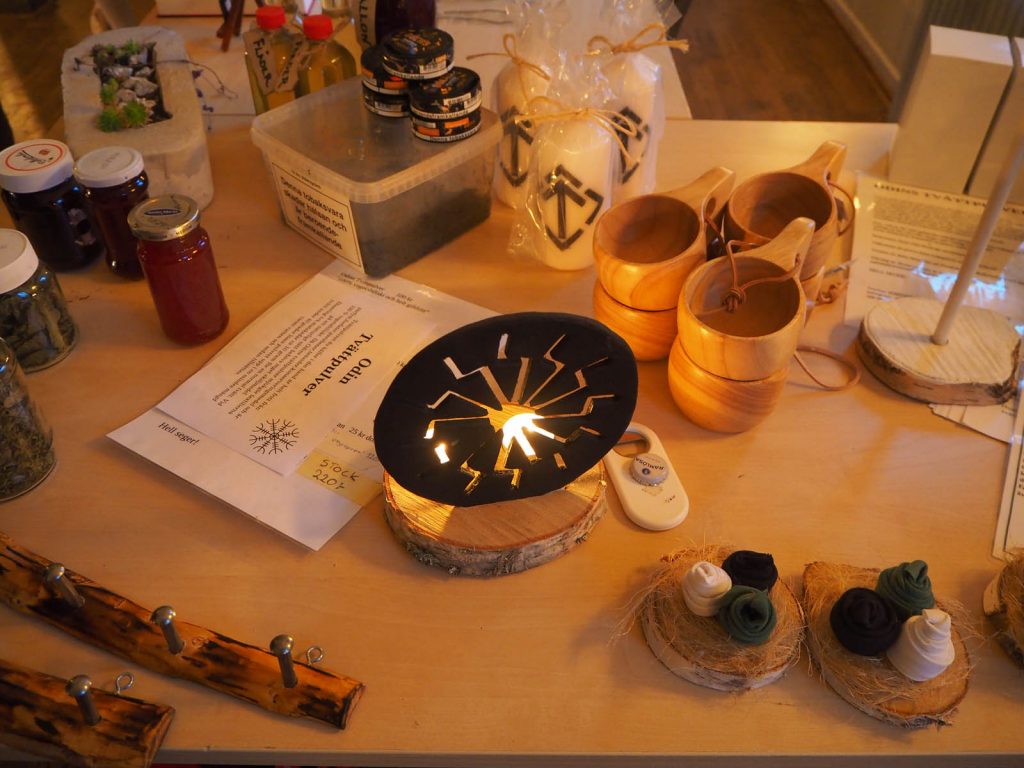 As soon as the guests had assembled and the food was laid out, everyone went to the buffet table to fill their plates with the classic Nordic Yule food that had been prepared. 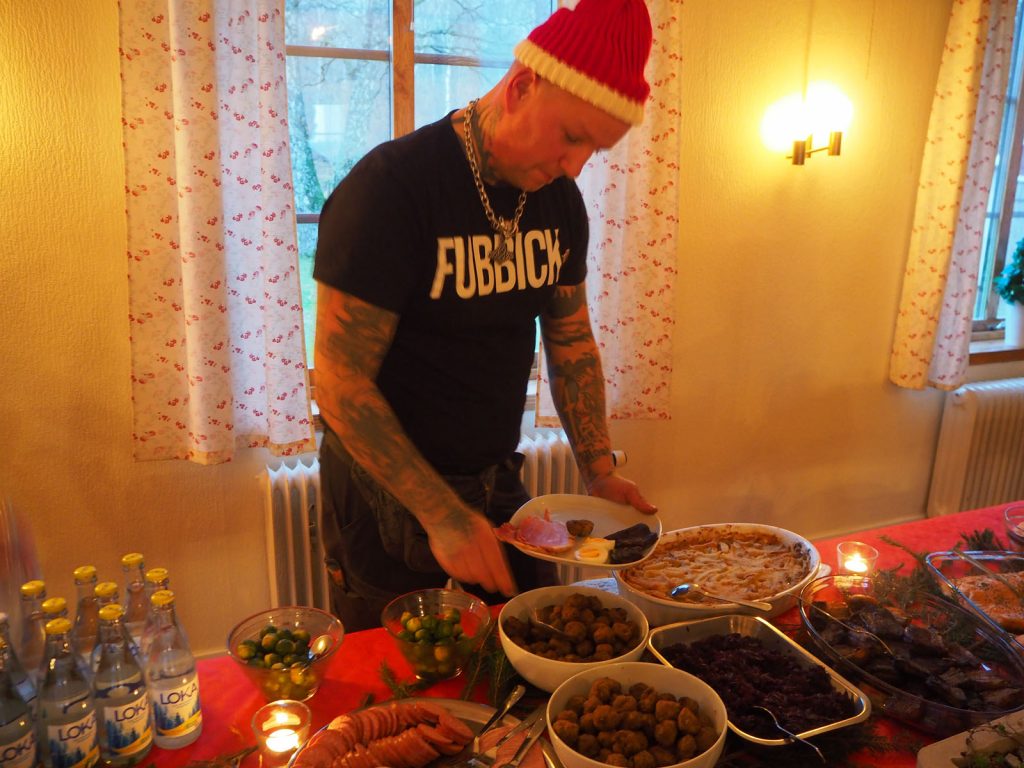 As there were a lot of new people present, the conversations flowed freely, and many new contacts were made with upstanding Nordic folk who have become tired of the misery of modern society and have instead sought a community in the Resistance Movement.

After the food had been consumed, it was time for a new activity – the ring dance. This is an old Swedish tradition that still lives on in the Resistance Movement, in which young and old alike dance around the Yule tree to music and song. The music was live, which further enhanced the jovial mood. With great happiness and delight, and invigorated by the dance, everyone then enjoyed a couple of other games, including quizzes. 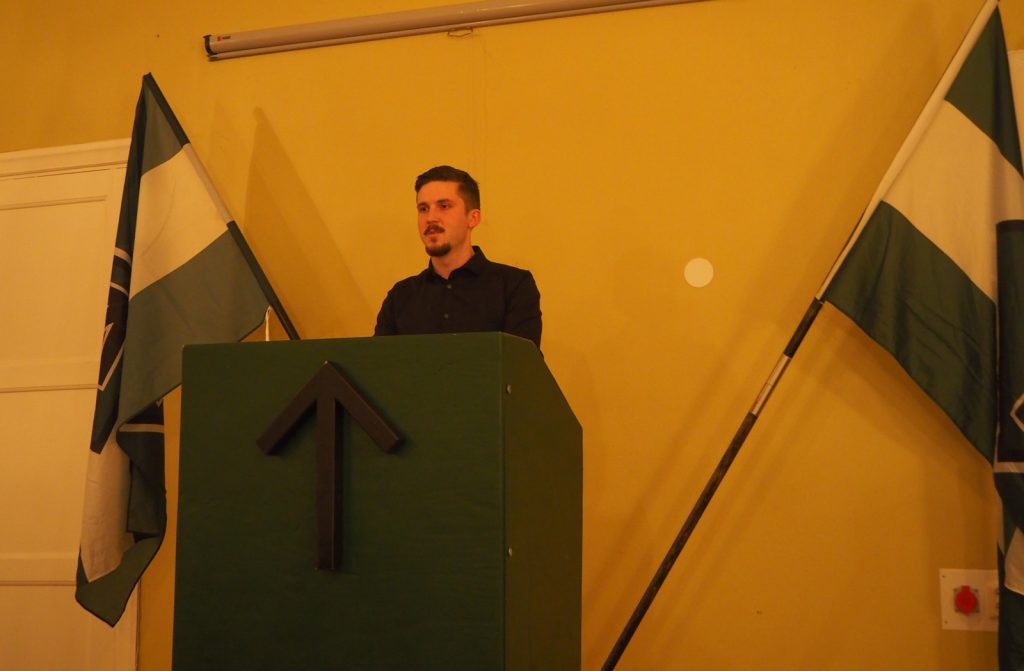 At this cheerful, festive occasion, the seriousness of the situation we find ourselves in was also highlighted. The activist Sebastian Elofsson gave a speech about how the Nordic Resistance Movement has faced many challenges this year, particularly in Nest 3. The Nest has been subjected to several court cases, and activists now await prison sentences and large fines due to their devotion and self-sacrifice on behalf of the people they love. The names of these activists were read aloud, and resounding applause followed for both the speech and the activists in question.

The newly appointed Nest Chief Daniel Gerdås also gave a speech about the year gone by and the year ahead. 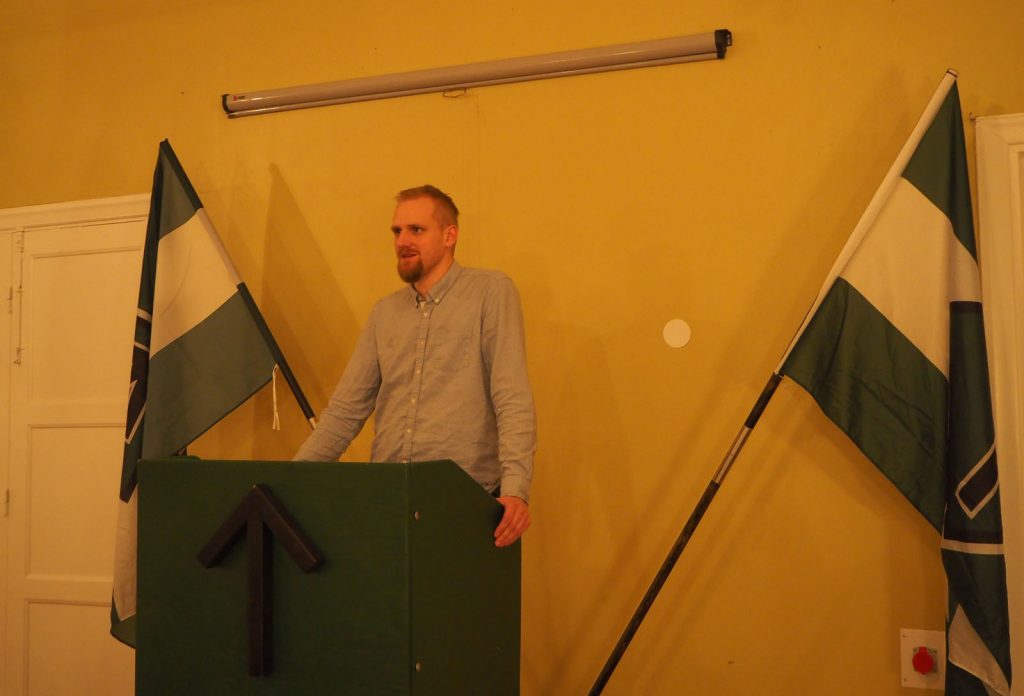 Last but not least, those willing to brave the evening chill outside were able to witness another new feature of this year’s event. 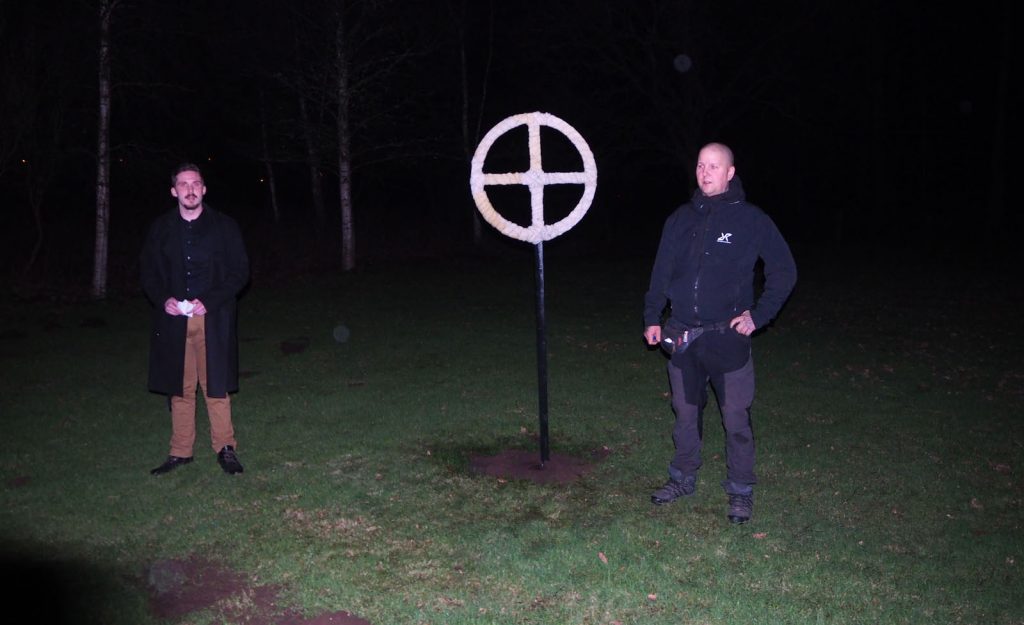 In this cold season of darkness, in the last month of the year, we celebrate Yule, the festival of light. For this reason, it was decided to light an especially bright light, one which radiated warmth and illuminated the surroundings with a fervent glow.

The sun cross was lit to welcome the brighter times that will soon come for the Nordic nations and their peoples. 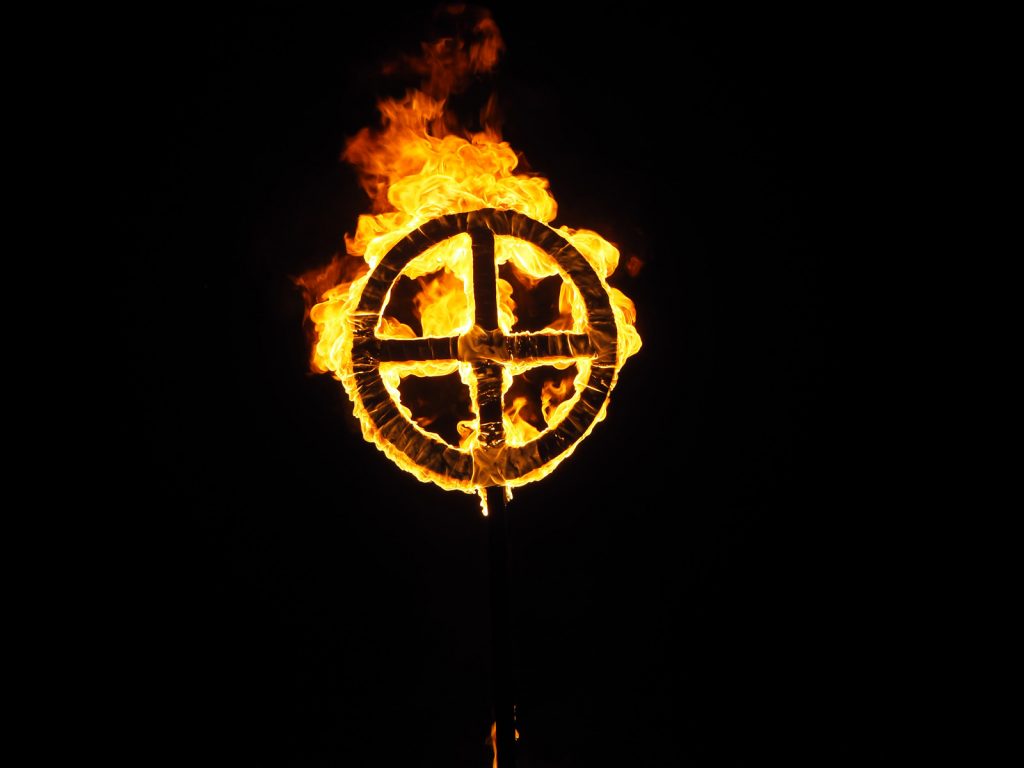 According to several of the attendees, this year’s Yule dinner was the most successful to date in Nest 3. It created a festive atmosphere, a spirit of folk community, and it brought hope and faith in the future.

The activists in Nest 3 – supported by the members and sympathisers – are ready for a new year of struggle under the sign of the Tyr rune.