The first demonstration was arranged by Soldiers of Odin. The demonstration was originally set to be organised by the National Socialist organisation Kohti Vaupatta (Towards Freedom), but the police commission denied them permission as they believe the group to be a continuation of the Nordic Resistance Movement, which is banned in Finland.

A delegation of around 30 men and women from the Nordic Resistance Movement’s Swedish and Norwegian branches took part in the demonstration. The organisation’s leader, Simon Lindberg, held the final speech of the event. Other speakers at the demonstration included a German comrade from Der Dritte Weg and four Finnish speakers – two from Soldiers of Odin, and two from Kohti Vapautta, who spoke in the capacity of private individuals. 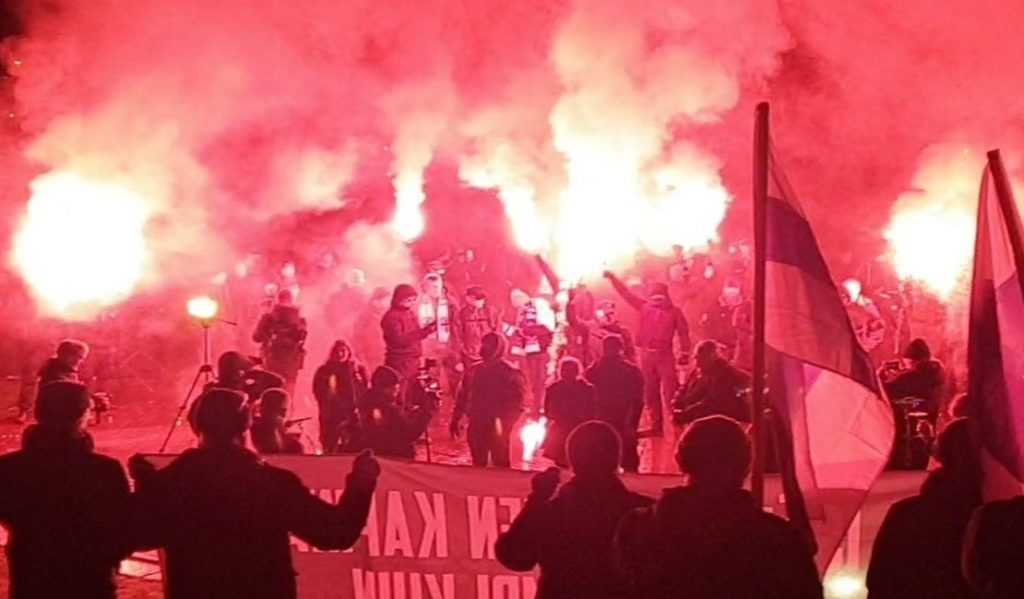 Overall the demonstration passed without problems. The Swedish left-wing extremist Elias Lodin (below), who had travelled to Finland for the event, was taken into custody by the police after acting like the village idiot he is at the gathering place. 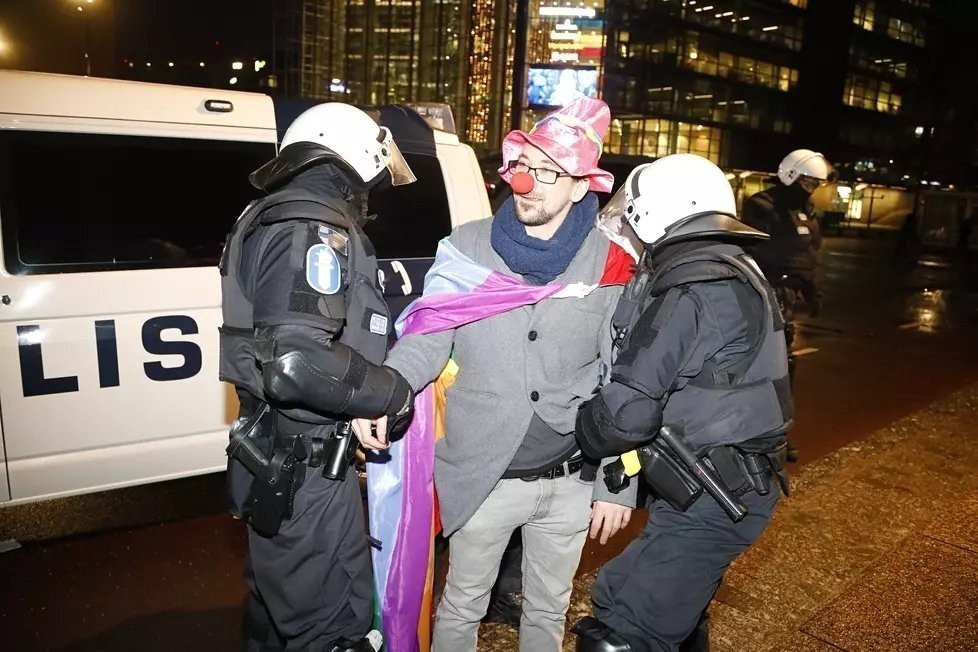 When the first demonstration was over, the 300-plus participants went on to the gathering for the patriotic “6/12” demonstration. According to the organiser, 2,500-3,000 patriots took part in the demonstration, marching with torches in hand to commemorate Finland’s independence.

As usual, communists and other reds were present to disrupt and sully the commemoration with loud noise and their general presence. However, they fared poorly against the larger crowd of patriots, who in addition to shouting anti-communist slogans, also threw at least one torch and a banger into one of the red mobs. There were also reports of a communist getting his comeuppance during the night, which may have been revenge for a cowardly attack by a group of reds against a lone activist outside his residence earlier in the day.

The struggle for freedom in Finland continues!