ACTIVISM. The Norwegian branch of the Nordic Resistance Movement recently conducted a banner action in Hamar. 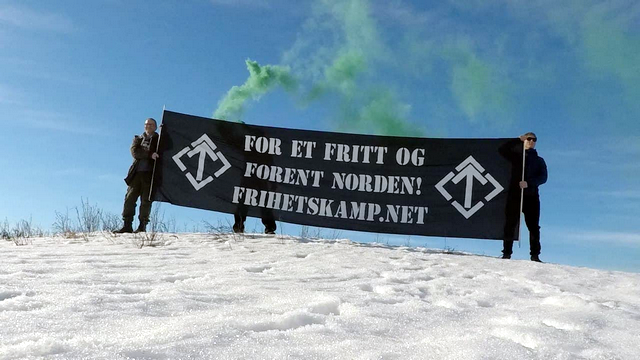 The Nordic Resistance Movement recently arranged a gathering near Hamar, where members socialised at a cabin, went skiing and conducted some activism.

The members held a banner action beside the E6 road, where they utilised green smoke grenades to draw the attention of passing motorists. The message on the banner read “For a free and united Nordic Nation!”

Many drivers responded positively to the pro-Nordic message, beeping their car horns in agreement and waving. 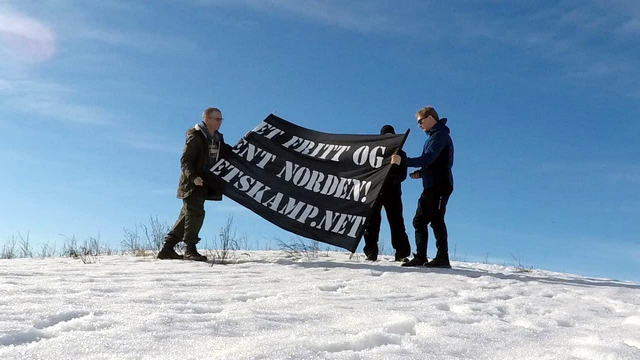 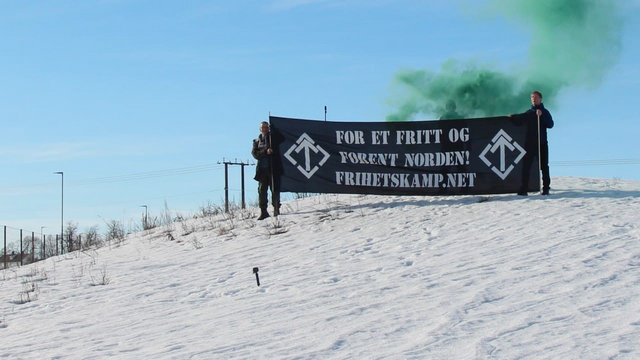 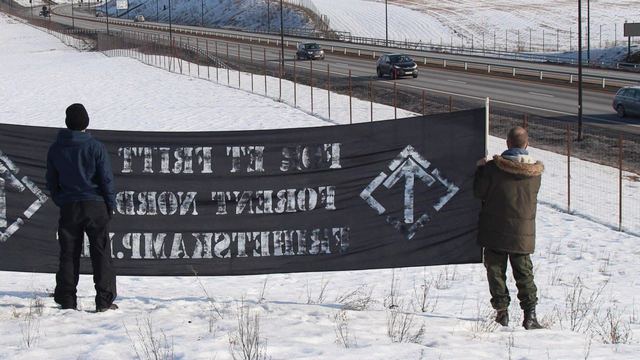