IDEOLOGY. A fellow member from Greece writes about the Nordic Resistance Movement’s historical mission and how the multiple aspects and influences of the system can be battled on the outer, political, as well as the inner plane. 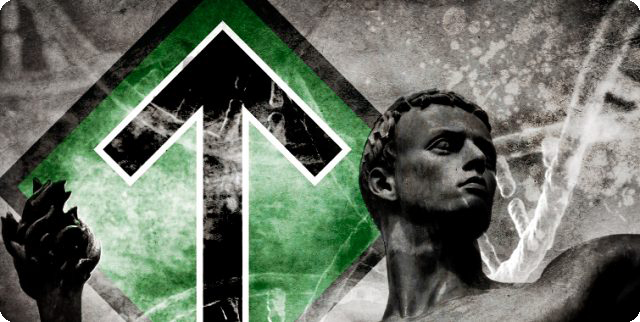 The Nordic Resistance Movement has succeeded where many organizations have failed since the Second World War, and stands today as the standard bearer and the living embodiment of the authentic high ideals of the Aryan and in particular the Nordic peoples. It constitutes the political anti-pole to the religious psychopathic self-denial of modern decadent white slaves; a psychopathy in which, unfortunately, Sweden’s establishment stands today as the most aggressively pernicious manipulator of its nation and the deepest sick champion of the kind, thus degenerating the people and expropriating the nation at a phenomenal speed, while the bulk of the people astonishingly remain in total pathetic lethargy. Against this terrifying reality, the Nordic Resistance Movement stands as a power that aims to awaken and restore the rapidly disintegrating people to a proud, self-conscious Folk with renewed power to set out for a truly new era, completely out of the deadly black spiral of our days.

As every grand project is first designed and created as a scaled model, the Movement is laying the foundation for the actual construction of a community, which may serve as a prototype and as a generating tissue for the New Nordic organism that shall be built up on the ruins of the current nightmare, which is indeed a total inversion of any natural and cosmic order at all levels… In the process it shall hopefully reawaken and revitalize the soul and spirit of the Nordic peoples, giving a sudden end to the modern “Scandinavian” society, which is a total ridicule and inversion of all innate original Nordic values, a false anti-world in advanced aggressive decay, fully incongruous to nature, a world that is collapsing under its own dead ends, disarray, falsity and soullessness.

The success of this historical mission depends on, among other things, the ability of the men and women who will carry it out to successfully engage and overcome the enemy, the system that sustains the present status quo on all its levels and manifestations, both obvious and subtle. The very “success” of this system – outwardly perceived as a complex network of political, financial, academic and religious forces that promote globalization, egalitarianism, liberalism, democracy, human rights, mass immigration, anti-white rhetoric, feminism and more – lies upon its cunning strategy and diabolical ability, unprecedented in history, to penetrate, saturate and dictate all modern opinions, trends and formulated thoughts as a mental poison in the brains of the naive and unaware White youth.

A crucial challenge lies in helping our youth recognize the extent to which the system controls and dictates their mindset, their thoughts and words and, thus, their character and behaviour. How much the modern, liberal, decadent and egocentric anti-values and anti-culture have poisoned and almost replaced the natural and traditional mentality and character our youth has inherited both culturally and biologically. Through decades of relentless propaganda, in which most of us were born, the system has managed to infect the people with a lifestyle mentality that extends further and deeper beyond politics, ideas and values.

The less obvious, subtle and most dangerous influences of the system in the modern world can be found where one least expects them: in our physical surroundings, in the food we eat, in the music we hear, in our aesthetics, in our social relationships, in the manner we think and perform our actions often despite our belief that we are awoken and alert on the political and ideological plane. Young individuals who manage to break the bond the system has cast upon them and begin to reclaim and rediscover their Aryan identity have a long and difficult challenge ahead of them until they truly become conscientious white men and women, as they still carry with them a great deal of the lifestyle and mindset fed to them since childhood. 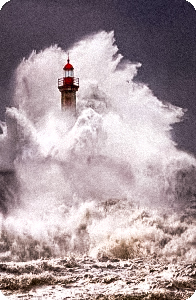 Our struggle on the outer, political level must be combined with an authentic recognition inside of what really is Aryan and Nordic, what is natural, healthy and appropriate for us White men and women and especially for us National Socialists according to our traditions, to our national and racial character, to our true Self and to our mission. The system and its countless tentacles must be identified and discarded from everything we do in our lives, from our habits and our hobbies, from our aspirations and goals, from our mentality, our words, our individual culture, our actions and all our choices in life through a continuous process of self-observation and identification of all these subtle influences, before their poison turns us into incurable incapacitated slaves.

This inner struggle for self-improvement is specific and strives for the recognition and realization of our racial archetypes that will manifest through us as they did in the heroes of our race, in our peoples’ greatest accomplishments, in our arts, in our wars and victories. It is a physical (bodily), mental and spiritual struggle at once aiming to transform us into the living embodiment of these eternal racial archetypes individually and as a people. It is also a never-ending struggle, throughout our lifetime and the lifetime of our race, as total and permanent victory is meaningless in our shifting world of continuous change and flow. It is rather a matter of achieving a dynamic balance where the forces of decay are kept under control with unceasing effort and alertness.

The massive urbanization that followed the end of the Second World War and the disastrous “triumph” of liberalism and “modernity“ has struck a potentially fatal blow to white humanity because it managed to severely damage its mental and spiritual umbilical cord, the people’s relation and proximity to tradition. These traditions, in all possible forms – literary, folkloric, musical, social and spiritual – originate from the very essence of the authentic Aryan Spirit and take various forms according to the prevalent conditions in different historical times. These traditions, our Tradition, together with our blood makes us who we really are, and it is exactly there we should be looking for inspiration. 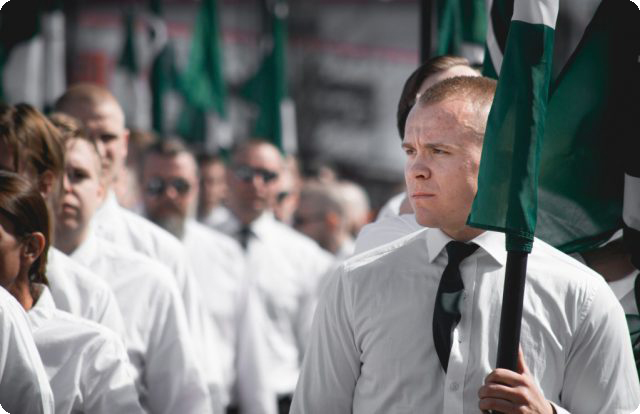 This quest should not be done as an archaeological expedition in order to revive what belongs to history, nor in the strict folkloric sense, but initially as contemplation and in search of the authentic Aryan character and archetypes expressed in these traditions. It is mainly a process of study, of self-awareness and self-improvement that will grant us a higher, vertical, upwards-pointing dimension, a mental and spiritual point of reference, a personal central axis and a genuine Aryan consciousness that will instinctively help us navigate correctly in the perilous waters of confusion and distraction in which the system has put us.

A racially aware, truly masculine man and truly feminine woman, conscious of their identity and unapologetic of their history, observant of the system’s subtle deceit, self-confident in their mission granted by duty and destiny will neither deviate from their path nor submit to the system’s persecution or bewitchment. On the contrary, they will stand true to their nature, faithful to their people and with an unwavering commitment to prevail and triumph for the sake of the Aryan race in the name of the cosmic order.