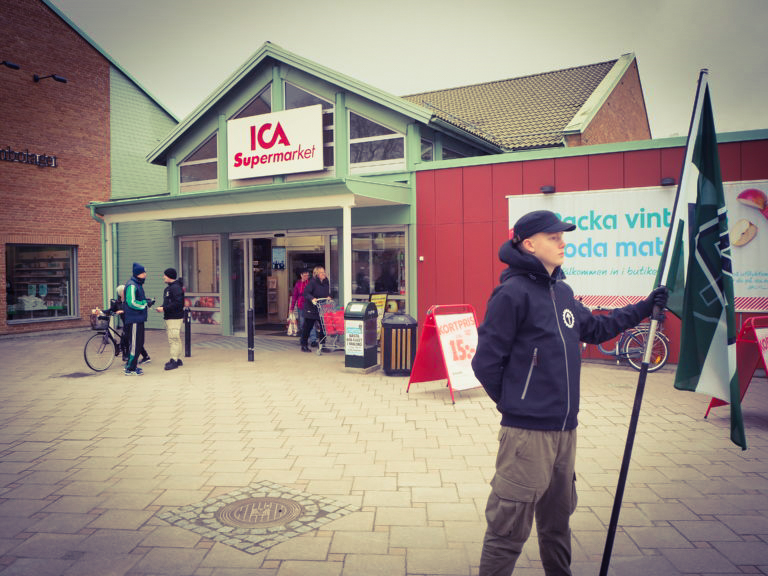 One group went to the town of Olofström, where they gave out a large quantity of leaflets. During the activity one man spent half an hour complaining about the Resistance Movement’s presence, going up to all the people in the vicinity and telling them the Movement were there while pointing at the activists. Unfortunately for him, this had the unintended effect of spreading the organisation’s message, as it further increased awareness of the activity.

The other group gathered in the town of Sölvesborg and set up outside and ICA supermarket. There the Resistance Men spent an hour and a half talking to local people, with several long discussions taking place with shoppers about the Movement’s politics.

After the public activities, the two groups met up again for a study circle and a bite to eat. This was followed by a two-hour training session comprising various martial arts exercises. 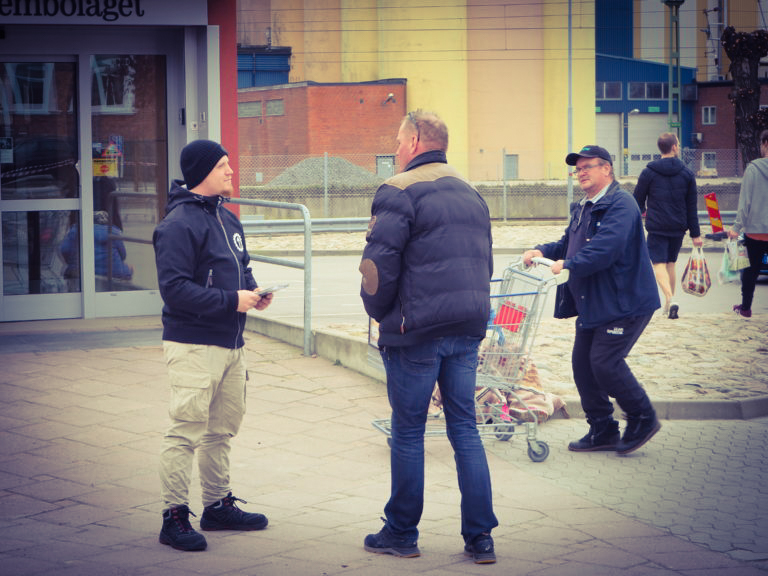